If you ask yourself “What is a monument?” what comes to mind?

As prominent a role as these statues and memorials play in the cultural discourse these days, they mean something very different depending on where and who you are.

That’s a problem, says Paul Farber, director of Monument Lab, a Philadelphia-based public art studio and nonprofit dedicated to the study of the country’s historic memorials, markers, and statuary. To identify a new future for national monumentation, we must first understand its past, but, as of now, that’s a history no one has really written yet.

At least until now. Farber’s organization is currently in the process of completing an exhaustive audit of the monument landscape across the United States. It’s an ambitious, complicated effort made possible largely through a $4 million grant from the Mellon Foundation’s five-year, $250 million “Monuments Project,” an initiative that aims “to transform the way our country’s histories are told in public spaces.” (Monument Lab was the project’s inaugural grant recipient when it was announced last fall.) 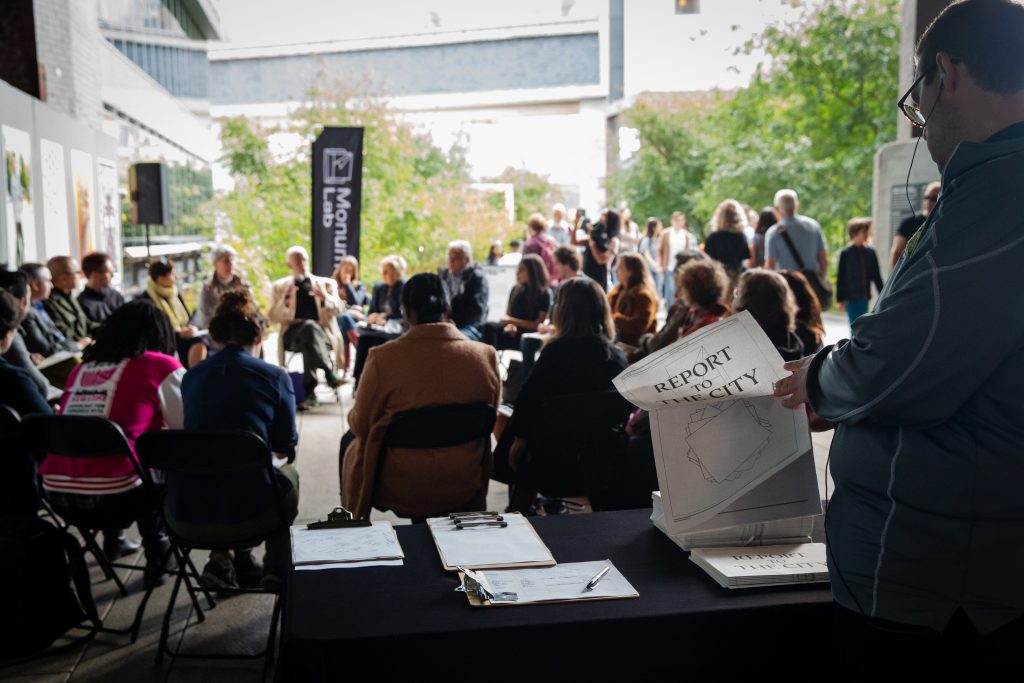 “What our team has been doing is trying to gather as many datasets from federal, state, and local-level organizations. That’s not a plug-and-play operation,” Farber says, explaining that the gathering of comprehensive historical data is not as simple as plugging two cords together and transferring information. “It’s the equivalent of opening up a massive drawer of wires that have never been untangled or even looked at.”

Data, in this case, connotes a number of different statistics, and it tends to vary depending on who collected it. In some cases, it may mean a survey of the race, age, and gender of the subjects of memorial statues; in others, it could mean a record of when and how a piece of public art was installed, how often it was cleaned, or who paid for its upkeep.

So rooted in symbolism, identity, and regionality are these objects that thinking of them through numbers can feel counterintuitive. But numbers bare behavior, Farber notes, and that tells us a lot.

He characterizes these datasets as “insight into the processes of power that are responsible for upkeeping, sponsoring, and tracking monuments. How you track and maintain the things that you say you value,” he says, “will be tested and reflected in the systems of upkeep.” 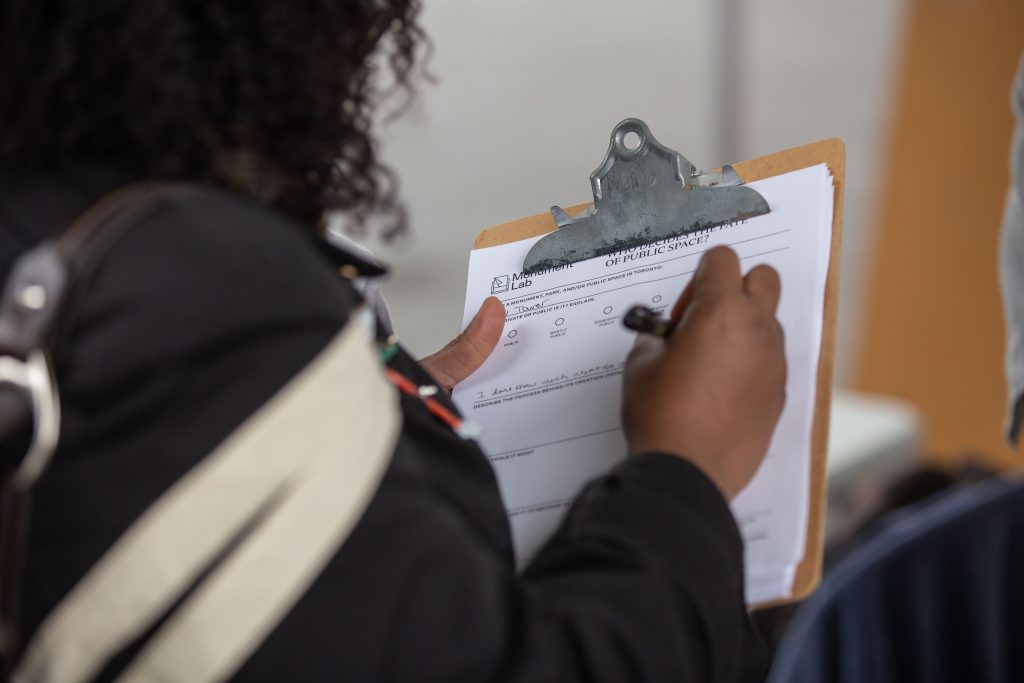 Indeed, “power” is the operative word here, and it’s reflected in the organization’s current working definition of a monument: a “statement of power and presence in public.”

Now ask yourself again: “What is a monument?” Is your mental image different?

The findings from Monument Lab’s audit will be made freely available this spring, and will arrive in the form of a print publication, a website, and a machine-readable dataset.

Following the release, the organization will put some $1 million of its grant money toward the establishment of 10 field offices around the country. Where those offices will be located and what they’ll look like is still being determined, Farber says, but they’ll be representative of their local region. He calls them a “hybrid between a public campaign and a participatory exhibition.”

“Rather than looking for the quick fix to make the monument question go away, we’re looking for the pathways to justice, repair, and care that can be sustained over a generation,” he sums up. “The field offices are an attempt to do this.”