The Migrant Ship That Christoph Büchel Displayed at the Venice Biennale Has Gone to Sicily, Where It Will Become a Memorial


The sunken fishing ship upon which more than 1,000 African migrants died in 2015, and which was later controversially displayed at the Venice Biennale, will now be converted into a permanent memorial in Italy.

The ship had been languishing in Venice since 2019, when Swiss-Icelandic artist Christoph Büchel turned it into an incendiary monument to the Mediterranean migration crisis as part of the Venice Biennale. Presented without context or labels, Barca Nostra—as Büchel’s installation was called—promptly fomented harsh condemnations. (Two of Midnight Publishing Group News’s own writers ranked it among the worst artworks of the year.)

The piece further fueled ire last year, when it was revealed that the artist had not returned the vessel to Augusta, the Sicilian city legally responsible for it, despite a contract requiring him to do so after the exhibition’s close.

According to reports at the time, the ship’s cradle was damaged during transport—a defect that was not covered by the biennale’s insurance, since Büchel had agreed to foot the shipping costs himself. Both the team behind the biennale and the Augusta town council called on the artist to give the object back. 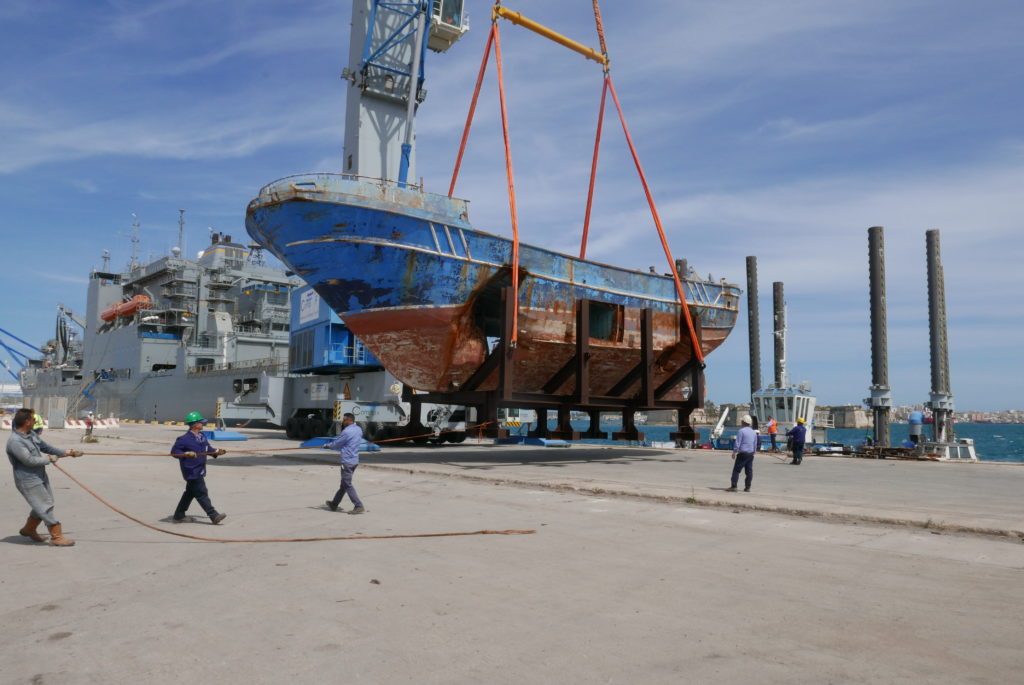 The shipwreck being moved from a port near Augusta, Sicily, to Venice for the biennale. The project is being presented by artist Christoph Büchel. © Barca Nostra.

Now, after two years, that has finally happened. Traveling atop a barge, the ship made its return to Augusta this week, according to the New York Times.

Representatives from Hauser and Wirth, Büchel’s gallery, did not respond to a request for comment on the ship’s return.

With the Büchel saga in the past, Augusta will now look to the future of the vessel, including plans to turn it into a “Garden of Memory.” Details about the memorial haven’t yet been revealed, but Giuseppe Di Mare, the mayor of the Sicilian municipality, told the Times that it “will have to be in the open, because that boat gives a sense of the sea, the air, the skies. To enclose it in a building would clash with its story.”

“Certainly, the ship has attained an international dimension and we want this garden to become a place of reflection for the world, so that all people can ponder,” Di Mare added.

Over 1,000 people from Mali, Mauritius, and other African countries died when the ship collided with a Portuguese freighter off the coast of Libya in 2015. Pulled from the depths of the Mediterranean Sea in 2016, the ship has since become a symbol of Europe’s failed policies for accommodating arriving migrants.