The Crystal Bridges Museum Announces an Ambitious Expansion, With Plans to Grow Its Footprint by 50 Percent


The Crystal Bridges Museum of American Art is marking its tenth birthday with a major growth spurt. The museum in Bentonville, Arkansas—a small city best known as the home of Walmart’s headquarters—has announced it will build an architectural expansion to increase its footprint by 50 percent.

The project will be overseen by Safdie Architects, which also designed the museum’s original facility. It will add nearly 100,000 square feet to the museum’s 200,000-square-foot campus, increase gallery space by 65 percent, add educational spaces, a dedicated floor for community gathering, a circular event plaza, and a new windowed bridge to showcase art that is not light sensitive.

Construction is due to begin in 2022, with the goal of a grand opening in 2024. A representative for the museum told Midnight Publishing Group News that Crystal Bridges will remain fully operational throughout, though visitors may be rerouted at times. 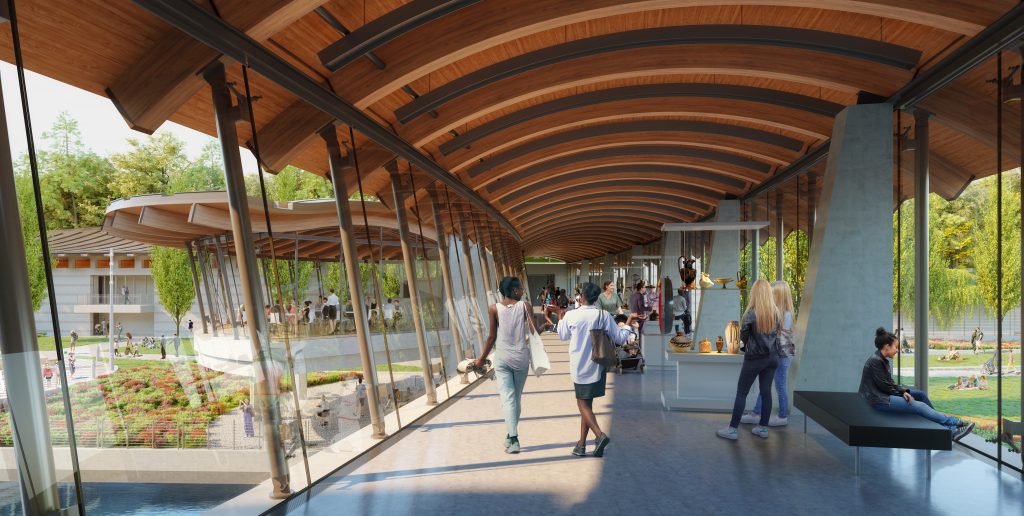 A rendering of the new bridge connecting two galleries, with view to cafe and natural surroundings. Courtesy of Safdie Architects

“With the number of visitors we welcome annually, it’s timely to enlarge our building and make sure more people can access these offerings,” Alice Walton, the Walmart heiress who founded the museum in 2011, said in a statement. “Having Safdie Architects expand on its original Crystal Bridges design with this new addition will create a unified experience for enjoying art, nature, and architecture.”

As a precursor to the main expansion, the museum will unveil a larger exhibition space this summer to host “Crystal Bridges at 10” (July 10–September 27), an anniversary show offering highlights from the collection as well as “10 distinct art experiences” ranging from Maxfield Parrish’s The Lantern Bearers to a room of art curated by artist Dyani White Hawk (Sičangu Lakota).

Since 2011, Crystal Bridges—which does not charge admission—has hosted more than five million visitors. The museum opened with a collection of around 1,500 artworks spanning five centuries of American art. It now has more than double that number, with holdings clocking in at 3,500, according to a representative. The museum earned accolades for a 2018 reinstallation of its early American art galleries, which incorporated Native American, folk, and Spanish Colonial objects, as well as bilingual text.

Recent acquisitions include works by 25 Native American artists, Sam Gilliam, Amy Sherald, and 34 artworks featured in “State of the Art 2020,” a sprawling contemporary art survey that sought to spotlight talents outside major art-world centers. That show debuted alongside the grand opening of the Momentary, a 63,000-square-foot satellite space dedicated to contemporary art.