In a blog post on Thursday with the opaque title “NFTs: The First 5,000 Beeples,” the previously pseudonymous players behind the headline-grabbing $69-million sale of digital artist Beeple’s Everydays: The First 5,000 Days revealed their true identities. They are Vignesh Sundaresan, aka Metahovan, and Anand Venkateswaran, aka Twobadour.

Sundaresan was an early investor in Etherium and has backed Bitcoin ATMs, among other ventures. Twobadour is a “wordsmith” and “crypto tinhorn,” according to his Twitter bio.

In their post, they did a lot more than simply reveal their names.

Sundaresan and Venkateswaran also lay out a motivation for the purchase. The record-breaking auction buy, they say, was a self-consciously anti-racist statement. “The point was to show Indians and people of color that they too could be patrons, that crypto was an equalizing power between the West and the Rest, and that the global south was rising,” write Sundaresan and Venkateswaran. 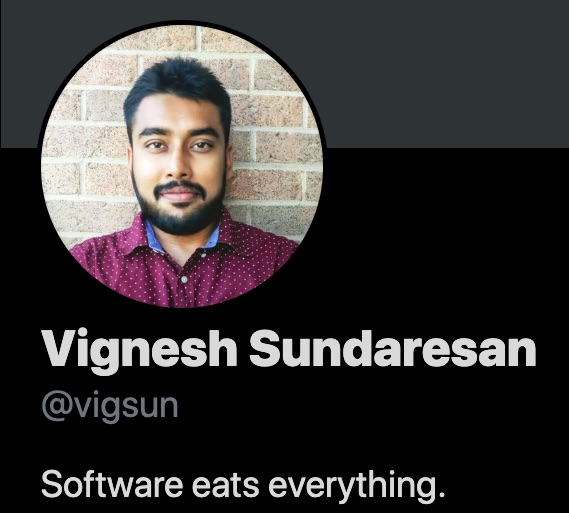 Screenshot of the Twitter profile of Vignesh Sundaresan, aka Metahovan.

Notably, the post detailing their identities came four days after independent crypto journalist Amy Castor wrote a viral blog post outing Sundaresan and Venkateswaran as the likely investors behind the spectacular Christie’s sale. Castor, who is highly critical of both cryptocurrency and NFTs, raised a series of questions about Sundaresan’s past business dealings.

Sundaresan, in turn, had written to Castor asking her to remove the post from the internet, citing unspecified “factual inaccuracies.”

The new post by Sundaresan and Venkateswaran also comes a day after I wrote a post for this site spotlighting images in the $69-million digital mosaic that were troubling or offensive, including ones titled it’s fun to draw black people! and a fat nerdy chinese kid and his imaginary friends. 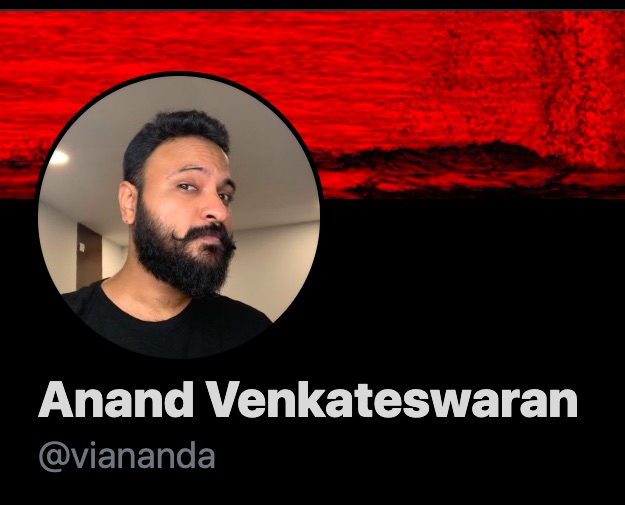 Screenshot of Twitter profile of Anand Venkateswaran, aka Twobadour.

Nevertheless, the two investors stress that successfully landing Beeple’s work should be read as a challenge to the whiteness of the art industry. “Imagine an investor, a financier, a patron of the arts,” the duo write. “Ten times out of nine, your palette is monochrome. By winning the Christie’s auction of Beeple’s Everydays: The First 5000 Days, we added a dash of mahogany to that color scheme.”

This statement about the importance of representation may seem somewhat odd coming from two men who obscured their identities behind gamer-style pseudonyms Metakovan and Twobadour. (They spoke to Midnight Publishing Group News last week about the buy without revealing their names.) “[T]hese pseudonyms were never meant to be masks. They are exosuits,” the duo write obliquely in the post. “Today, Vignesh wears Metakovan and Anand wears Twobadour, but there can be others who wear them in time.”

Even as the post can be read as an implicit response to the intense journalistic and critical scrutiny of the Beeple sale, it also doubled as an announcement that Sundaresan and Venkateswaran would be investing in an alternative pro-crypto-art media ecosystem of their own.

The duo announced the launch of the Metapurse Fellowship, which will begin by employing five “storytellers” who will receive $100,000 each delivered in monthly stipends over the course of a year. (For those who don’t know how much art criticism usually pays, know this: $100,000 is a lot.)

There are three qualifications for applicants. First, they must have a portfolio of work. Second, they must have personally created at least one NFT. And third, “no anti-coiners allowed :)”—meaning that skepticism or criticism of the crypto or NFT space disqualifies you.

“The grant is open worldwide,” they write, “to young and old, pseudonymous and named alike.”

The rest of the post details the business backgrounds of Sundaresan and Venkateswaran, and makes the case for Metapurse, the crypto-art investment vehicle they run, which purchased Beeple’s $69-million work at Christie’s. Metapurse’s investment model is owning a bundle of NFT artworks. However, rather than buying and selling these directly, they have created a B20 “token” that fans and investors can purchase, a fractionalized ownership stake in the digital art assets that can be traded as an asset of its own.

Prior to the acquisition of Everydays last week, the Metapurse fund purchased 20 art pieces of Beeple’s for $2.2 million to add to its portfolio (you can hear Venkateswaran talk about the machinations behind that purchase in a YouTube clip linked to from their post).

“For having made all of this possible with his incredible work, we gave Beeple 2% of the tokens, as a token of appreciation,” they explain in the recent post. This means that Beeple essentially owns 2 percent of the fund that purchased his work at auction. 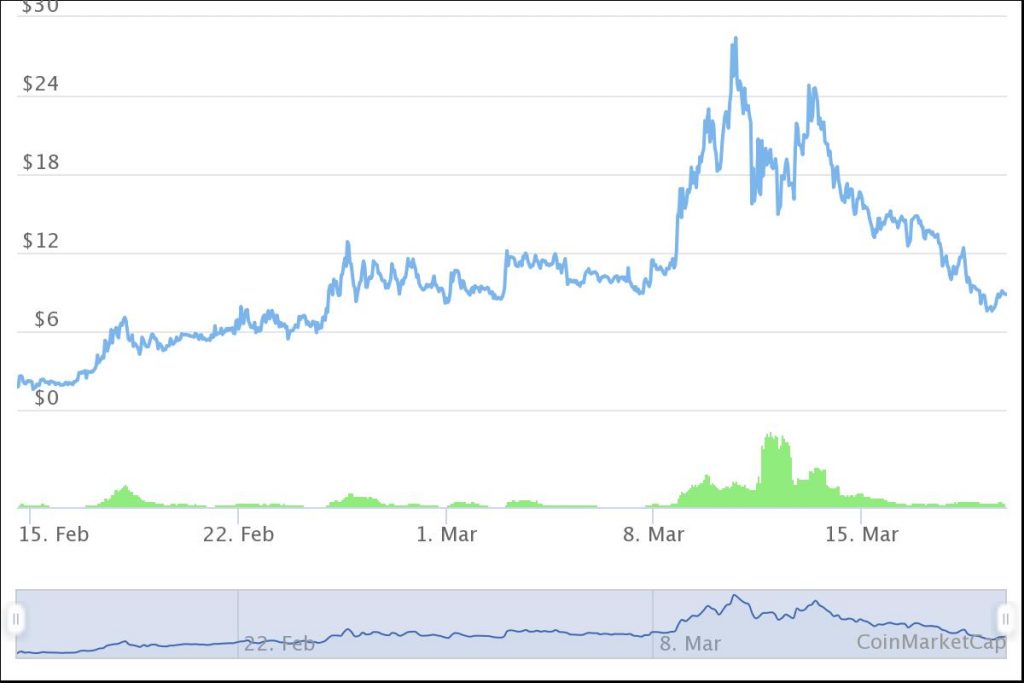 The value of the B20 token since its launch, from CoinMarketCap.com.

According to CoinMarketCap, the price of a B20 token was trading at about $2 in mid-February, before spiking to $26 in the lead up to the Christie’s sale, and then falling since. It is at about $9 as of this writing.