The Back Room: London Calling


Every Friday, Midnight Publishing Group News Pro members get exclusive access to the Back Room, our lively recap funneling only the week’s must-know intel into a nimble read you’ll actually enjoy. This week, Midnight Publishing Group News executive editor Julia Halperin steps in for your usual scribe, Tim Schneider, who is on vacation and forbidden from reading this (put the phone down, Tim!).

This week in the Back Room: The biggest sellers in next week’s London auctions, the Basquiat estate in play, a design market bonanza, and much more—all in a 7-minute read (1,869 words). 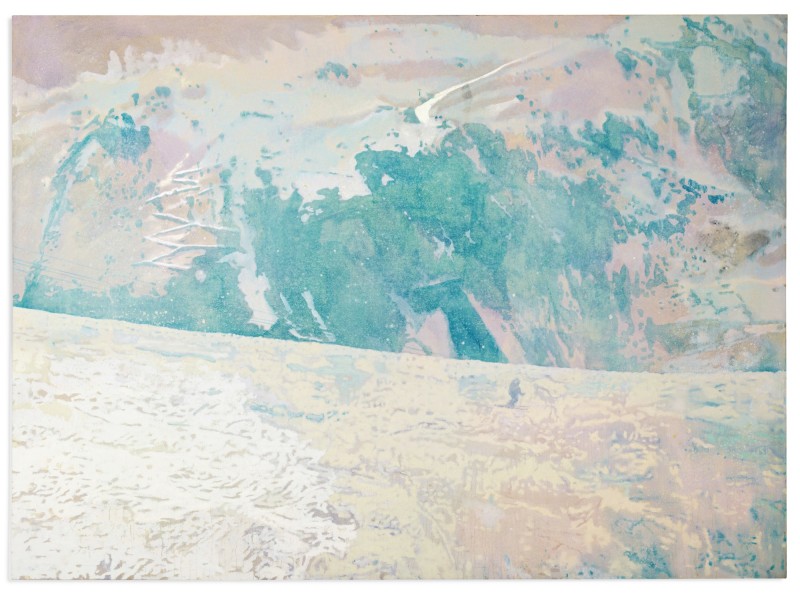 You still have to quarantine when you visit London (thanks for nothing, Boris Johnson), but that hasn’t stopped a number of high-profile international collectors from sending high-priced art to Sotheby’s and Christie’s marquee summer sales in the city next week.

The auctions will be a major test for the fully Brexited U.K. market after strong post-lockdown outings in Hong Kong and New York. The two houses have put together 10 sales of some 1,000 works with a combined pre-sale estimate of £281 million to £406 million ($392.4 million to $567 million). Here’s what to keep in mind heading into next week.

1. Billionaires (and other market players) seem to think it’s a good time to sell.

You can tell a lot about the state of the market by who is trying to sell and who is trying to buy. Colin Gleadell unmasked a few of the highest-profile consignors at next week’s sales. They include:

3. Keep an eye out for the few young guns.

The market’s current youth obsession has sent specialists searching up and down Madison Avenue (and Ocean Road, Worth Avenue, and Avenue Matignon) for collectors with Matthew Wongs and Avery Singers on their walls. So far, there seems to be enough demand to keep pushing prices upward, but some wonder whether the continued exposure at auction could cause these markets to overheat. (We’ve seen that cycle before.) It’s worth keeping an eye on the following lots to see how they perform after others by the same artists went on a bull run in recent months.

The market is in the midst of a shift in taste, and London is the next stage to watch this evolution play out. We’ll also get a health check on the state of the U.K. market at a time when London is increasingly isolated from the rest of Europe. The results of next week’s sales could help shape business decisions for a long time to come.

Is the Basquiat Estate in Play? 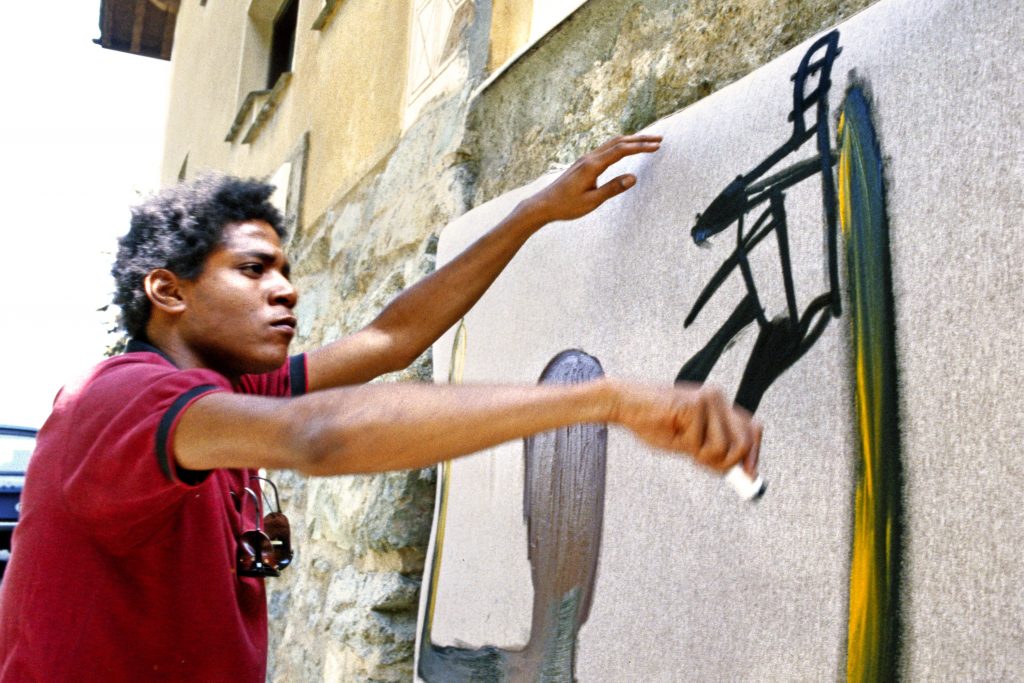 Basquiat die-hards were thrilled to hear the news earlier this month that the late artist’s family was planning a first-of-its-kind exhibition of largely unseen work. But many art-world insiders are much more interested in who is co-producing the show: Superblue, the immersive experiential art factory founded by Pace CEO Marc Glimcher. The show, titled “Jean-Michel Basquiat: King Pleasure,” will open at the Starrett-Lehigh building in Chelsea in spring 2022.

Although reps for the family note that none of the work in the show is officially for sale, Wet Paint’s sources suggest that the event could double as a bid for Pace to cozy up to the Basquiat family, which controls the artist’s estate and has for decades resisted signing up for official gallery representation. (One of the family’s few primary-market alliances was with Pace Prints in 2016, when the two joined forces to release an 85-print run.)

Pace maintains it is an entirely separate business from Superblue, so there couldn’t possibly be overlapping agendas—but it’s worth noting the crossover in their executive ranks and artist lists as well as the fact that Superblue’s New York team worked out of Pace’s former Upper East Side gallery before going remote in March 2020.

A spokesperson for Superblue reiterated that the company would be providing support for operations, ticketing, and marketing, but that Basquiat’s family remains in control of the content.

Another sponsor of the show, meanwhile, is Phillips—a house that has also cultivated a relationship with the Basquiat estate through Scott Nussbaum, a specialist who began working with the late artist’s sisters, Lisane Basquiat and Jeanine Heriveaux, years ago and has maintained a close relationship with them ever since. (If you’ve noticed that the Basquiat estate tends to strategically offload works at Phillips in lieu of the Big Two houses, now you know why.)

Fashionable formats like “immersive exhibitions” still rely on old-school relationships. And the relationship between Superblue, Pace, and the Basquiat family could be worth a whole lot more than the (already substantial) ticket revenue likely to be generated by the 2022 show. 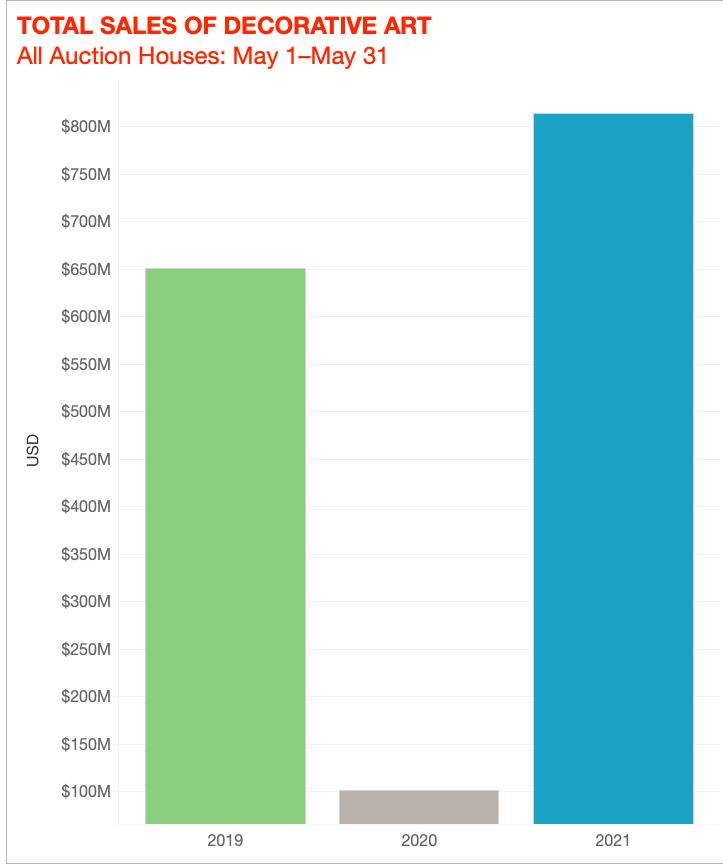 There’s been a lot of talk (from, er, us) about how the marquee fine-art sales last month stacked up to pre-pandemic totals. But we were sleeping on an even faster growing segment of the auction market: design. (Insert joke here about how you actually can sleep on design—because it’s functional sculpture, get it?)

Decorative art sales generated a total of $814 million at auction last month, up roughly 25 percent from the equivalent total in May 2019. (For comparison, fine-art sales shrunk 1.8 percent over the same two-year period.) Sotheby’s May design sales in New York and Paris both eclipsed their high estimates, and now Christie’s is doubling down, launching a joint pop-up in the Hamptons with tony design dealer Carpenters Workshop.

Maybe there really was something to all that talk about wealthy people paying more attention to their homes after being stuck inside for over a year.

“Florida used to be known as ‘God’s waiting room.’ Given the number of our clients who are considering a permanent move there, God must be a very busy Florida C.P.A.”

—art-law specialist Thomas Danziger on the migration of finance titans to South Florida, the land of low, low taxes. (For more, read this week’s Gray Market.)

There seems to be a growing consensus that the social art whirl will be back in force in Miami Beach this winter. Untitled has revealed its plans for this year’s fair. (Press release)

As the NFT market continues to mature, collectors are reckoning with a conundrum: What do you do when an artist releases a new NFT that looks very similar to one you own? (Slate) 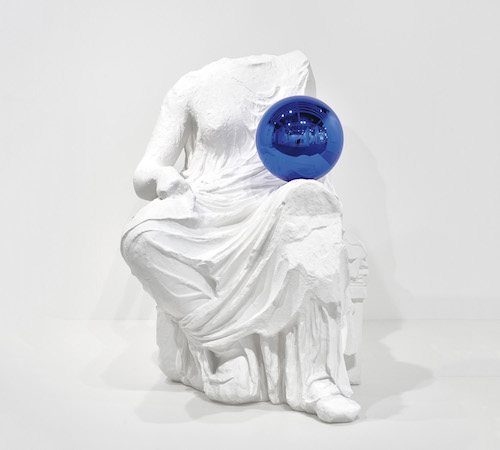 It’s not every day that you see a blue-chip work in an evening sale advertised as having no reserve price—and it’s even rarer that the work in question is by priciest-living-artist-at-auction Jeff Koons. But this sculpture—the final lot of Phillips New York’s evening sale on Wednesday—is a testament to the wildly uneven state of the Koons market.

Asked why it was offered without a reserve, Phillips specialist and Zurich regional director Lori Specter was uncharacteristically candid. “The no reserve came about because of the volatility in the Koons market as of late and is designed to enable the market to find its healthy level for the piece and to democratize bidding,” she told us.

The gambit worked: the sculpture—part of Jeff Koons’s “Gazing Ball” series, which debuted at David Zwirner in 2013—sold for nearly $1 million. It’s an artist’s proof accompanying an edition of three, and was purchased by the seller directly from Koons’s studio. The same version failed to sell at Christie’s in 2017 with an estimate of $800,000 to $1.2 million.

Still, it’s unclear whether the market gods were really on the side of the seller, since the price may still represent a loss. Another work from the same series was reportedly sold by Zwirner for $2 million in 2014.