Setting an important precedent for the copyright of experiential art in China, the immersive art sensation teamLab has won a lawsuit against a company that imitated one of the group’s signature light shows and used its name to promote it.

The Chinese company Teamlab Borderless took the Japanese art collective’s indoor, interactive, participatory, and soundtrack-free work and staged it outside in a non-participatory, non-interactive way, accompanied by music.

The court recognized TeamLab’s copyright to the work, Forest of Resonating Lamps (2016), because it displayed “originality and aesthetic significance.” The court also said that the teamLab work was widely known as a work by the collective, and was “highly prominent in the art exhibition services sector and is further widely known to the relevant public including the Chinese public.”

In addition to the aesthetic similarities between the works, the defendants exhibited their version under a strikingly similar name: TeamLab Borderless Breathing Forest Light Exhibition, which was displayed on signage and on tickets for the exhibition. 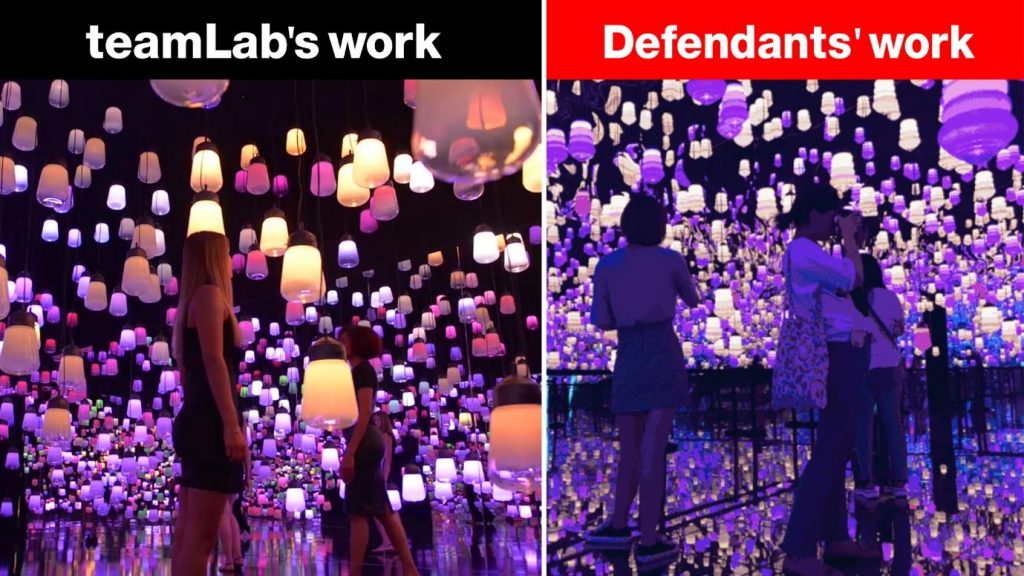 The case could have wider ramifications in China, where in the past local companies have prevailed against foreign ones in copyright cases. In 2020, Muji’s Chinese name was copyrighted by another brand, and the shop MiniSo offers almost identical products with near-identical branding. Another Chinese brand copyrighted the name “iPad” and successfully sued the U.S. tech giant, costing it $60 million in 2012.