Swiss businessman Yves Bouvier has claimed “complete victory” in the seemingly never-ending legal saga between him and Russian billionaire Dmitry Rybolovlev after a Geneva prosecutor dismissed the final remaining criminal complaints against Bouvier.

The lead Swiss prosecutor, Yves Bertossa, confirmed that Bouvier committed no fraud, mismanagement, breach of trust, nor money laundering, according to a statement shared with Midnight Publishing Group News by representatives for Bouvier. The news was first reported by The Art Newspaper.

“Today marks the end of a six-year nightmare,” Bouvier said in the statement. “For reasons that had nothing to do with my art dealing activities, an oligarch tried and failed to destroy me, mobilizing his extraordinary financial resources and influence.” Bouvier added that Rybolovlev tried “to asphyxiate me financially by launching bogus lawsuits all over the world.”

Bouvier is now working on a “tell-all” book about the international conflict, according to his representative, and has initiated what could amount to up to $1 billion in countersuit proceedings, beginning in Singapore. 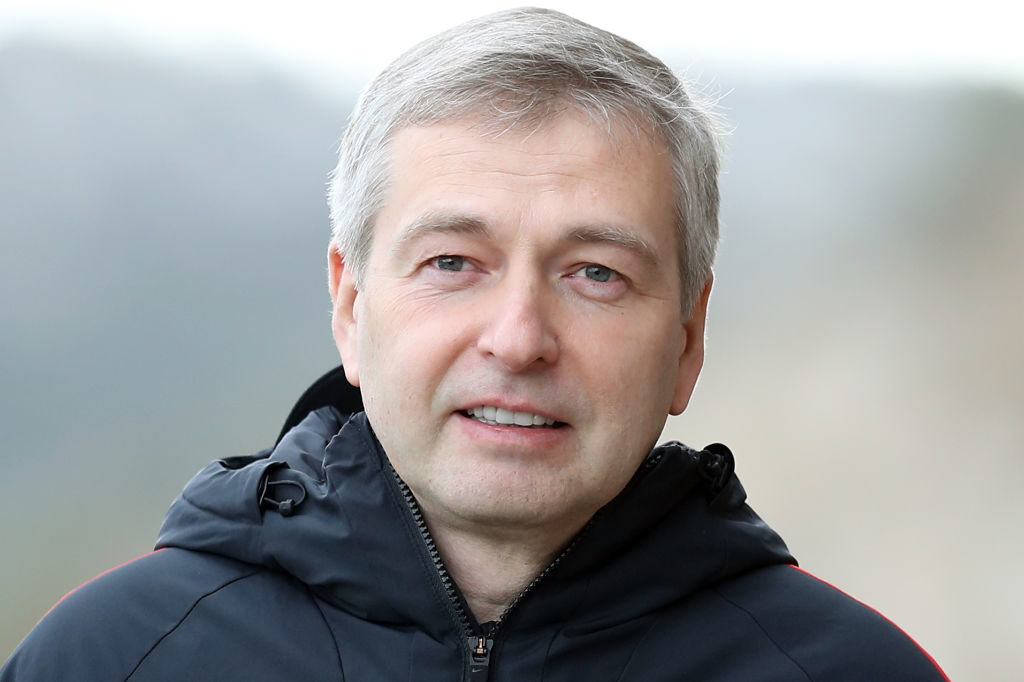 “Public interest in this matter is all the more important given that some of its main protagonists are notorious for having failed to declare to the Geneva tax authorities the money they collected” from Rybolovlev, they said. The attorneys reiterated the allegation that Bouvier overcharged Rybolovlev by as much as $1 billion during 40 artwork transactions over a period of 10 years.

This includes the most expensive painting ever sold at auction, Leonardo da Vinci’s portrait of Christ, known as Salvator Mundi (circa 1500), which Bouvier sold to Rybolovlev for $127.5 million, just hours after acquiring it for $83 million from three dealers, in a deal brokered by Sotheby’s. 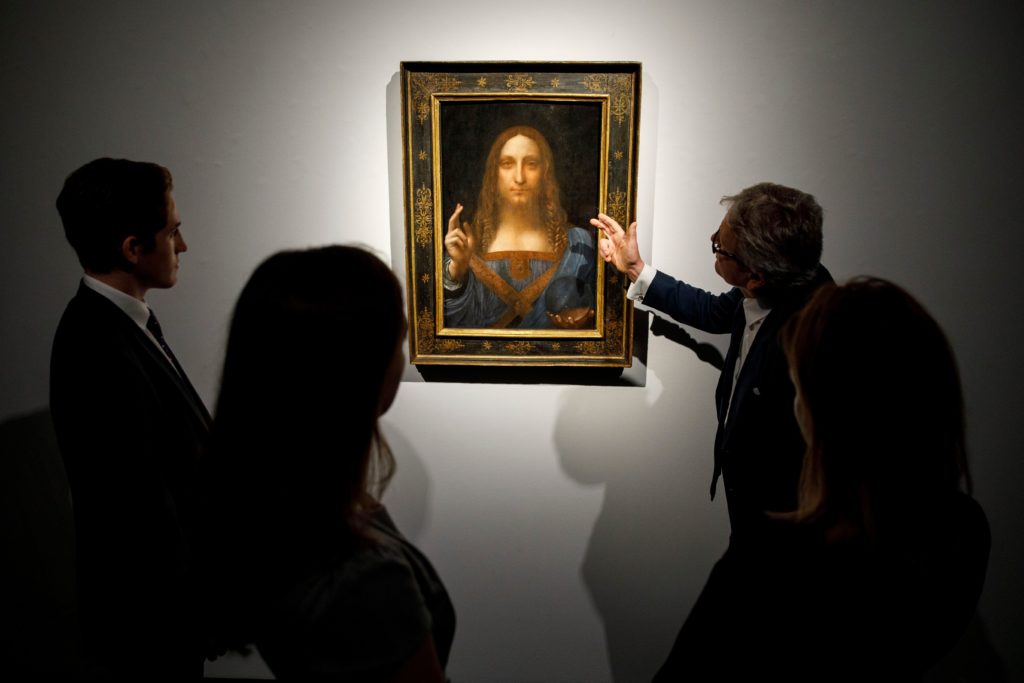 Rybolovlev then re-sold the work at Christie’s in 2017 for a world record price of $450.3 million. (Critics have pointed out that it’s difficult to see, therefore, how he can make the case for losing out when he received a presumbly hefty share of the more than $270 million in profit on the re-sale. There was a third-party backer at the sale who would have also shared in the upside.)

Bouvier appeared in the recently released movie Lost Leonardo about the mystery surrounding the painting’s current whereabouts. “It’s common sense. You buy low and sell high,” Bouvier said in the film about the transaction.

Rybolovlev announced immediately after the prosecutor’s decision that he would file an appeal in a Geneva criminal court.

The Geneva prosecutor, Bertossa, said that “most of the exhibits introduced” by Rybolovlev to support his complaints “were produced or gathered in the investigation in Monaco in an illicit and disloyal way” and were biased by violations of an “extreme gravity” on his part, according to the Art Newspaper. Bertossa’s office did not respond to requests for comment. 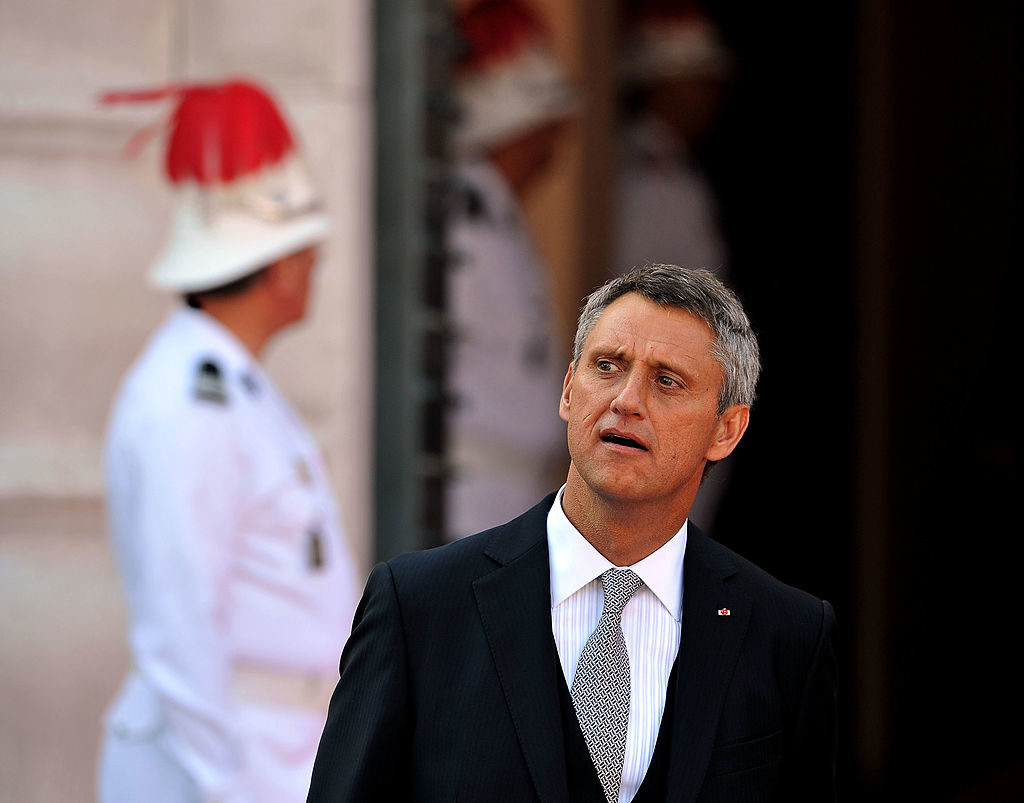 The prosecutor was referring to a 2017 corruption scandal in Monaco, dubbed “Monaco-gate” by the French press, involving Philippe Narmino, the minister of justice for Monaco who resigned after Le Monde published text messages revealing that he worked on behalf of Rybolovlev to influence the case.

Narmino, 64, reportedly decided to take an “early retirement” just hours after Le Monde posted the texts, which suggested “a vast influence-peddling scandal at the heart of Monaco institutions,” according to the newspaper.

Bouvier addressed this in his statement, saying: “The tables have now turned: Rybolovlev (and his lawyer Tetiana Bersheda) find themselves under three criminal investigations in Monaco, Switzerland, and France, and is suspected of having instrumentalized and corrupted public officials in the process of his attacks against Bouvier. Ten people, including several former Ministers, are being investigated as part of what is known as ‘Monacogate,’ the largest corruption scandal in Monaco’s history.”

Bouvier further asserted that Rybolovlev’s attacks on him were motivated by his divorce, for which he wanted to depreciate the value of his art collection. “Secondly, he wanted to punish me for having refused to corrupt Swiss judges for his very expensive divorce. Thirdly, he wanted to steal my freeport business in Singapore and build his own for the Russian Federation in Vladivostok,” according to the statement.

“Today marks the end of the scandalous vendetta initiated by Rybolovlev in 2015,” said David Bitton, a lawyer for Bouvier in Geneva, “and a complete and absolute victory for our client.”

Angelina Jolie Is Selling a Very Historic Painting – The actress has consigned Winston Churchill’s only wartime painting, which he once gifted to FDR, at Christie’s, where it could fetch more than $3 million.

Inside the Outsider Art Fair – One of New York’s only IRL art fairs successfully took place in a satellite format across multiple galleries—despite a pandemic and raging snow storm.

Up Next – Which artists are poised to make it big in 2021? We asked curators, dealers, and collectors for their picks.

Influencer-Approved – A cheeky artist devised a satirical scheme to offer IRL blue “Twitter-approved” checkmarks to the homes of San Francisco influencers, and a lot of people signed up for real.

Gee’s Bend Gets a Big Platform – The colorful handmade quilts are being sold online for the first time in a new partnership with Etsy.

Sterling Ruby Makes Fashion History – The multidisciplinary artist is the first American to show a couture collection at Paris Fashion Week in 10 years.

Germany Boosts Culture, Again – The country approved yet another €1 billion in aid for the ailing cultural sector.

Emma Amos Gets Her Due – The late artist is the subject of an exhibition that finally shows the depth and breadth of her striking work.

Guerrilla Girls Cut Ties With Publisher – The activist artist group called off their book deal with Phaidon over the company’s links to Leon Black.

Museum Directors Call to Reopen – More than 100 museum directors and curators in France are calling on the culture minister to reopen art institutions, claiming their work is a necessary public good.

US Supreme Court Rules Against Heirs – The court denied Jewish heirs’ request to reclaim the staggering $250 million Guelph Treasure from Germany in a landmark decision.

Faux Fabergé – An exhibition at Russia’s Hermitage Museum is filled with “tawdry fakes” passing for the real objets d’art, according to a scholar.