New research suggests that the ancient Bronze Age city of Tall el-Hamman, in modern-day Jordan, was destroyed by a meteor—and that the catastrophic event could have inspired the Bible’s tale of Sodom and Gomorrah.

The city, located in the southern Jordan Valley near the Dead Sea, reached its zenith some 3,600 years ago. At the time, about 50,000 people lived in the valley’s three major cities and surrounding regions. Tall el-Hamman itself was home to some 8,000 residents, who lived mud brick homes of up to five stories.

An airburst meteor explosion appears to have been the city’s downfall, according to a new paper published in the journal Nature Scientific Reports.

An asteroid blew up into a massive fireball about 2.5 miles above the Middle Eastern city, instantly killing the town’s 8,000 residents as temperatures on the ground skyrocketed to 3,600 degrees, according to the news site the Conversation. The explosion would been followed in seconds by a 740-mile-per-hour shockwave with the force of a nuclear weapon, reducing buildings to rubble and instantly transforming the thriving metropolis into a smoking wasteland.

If that is how Tall el-Hamman met its end, it would have been similar to the destruction of the two sinful Old Testament cities in the Book of Genesis. 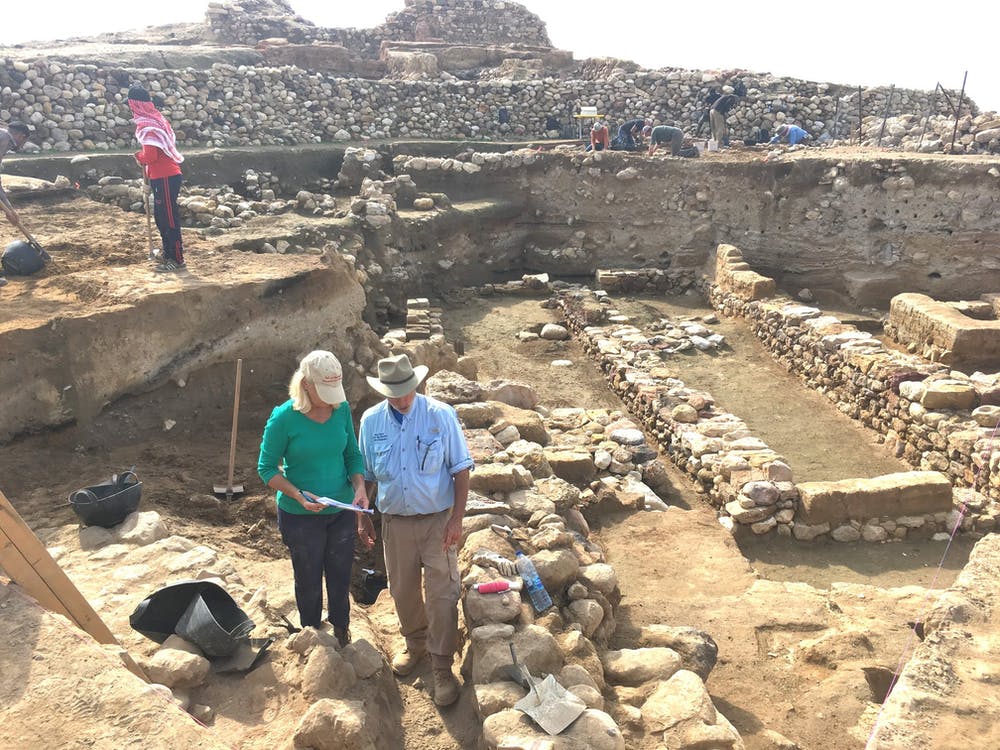 Researchers stand near the ruins of Tall el-Hammam’s ancient walls, with the destruction layer about midway down each exposed wall. Photo by Phil Silvia, Creative Commons Attribution-NoDerivs 4.0 Generic license.

“Then the Lord rained down burning sulfur on Sodom and Gomorrah—from the Lord out of the heavens,” the Bible reads. “Thus He overthrew those cities and the entire plain, including all those living in the cities—and also the vegetation in the land.”

The paper’s authors contend that winds from the blast also would have impacted the nearby city of Jericho, knocking down its walls and setting it afire. The Old Testament also recounts the Israelites’ conquering of Jericho in the Book of Joshua, with the city’s walls falling after the army marched around the city four times and sounded their trumpets.

Archaeologists studying the ruins Tall el-Hamman found what they called the destruction layer: A mix of charcoal, ash, and melted pottery that was five feet thick—the kind of devastation that comes from superheated temperatures of a firestorm, ruling out human warfare and other natural disasters such as a volcano, earthquake, fire, or tornado as its cause. 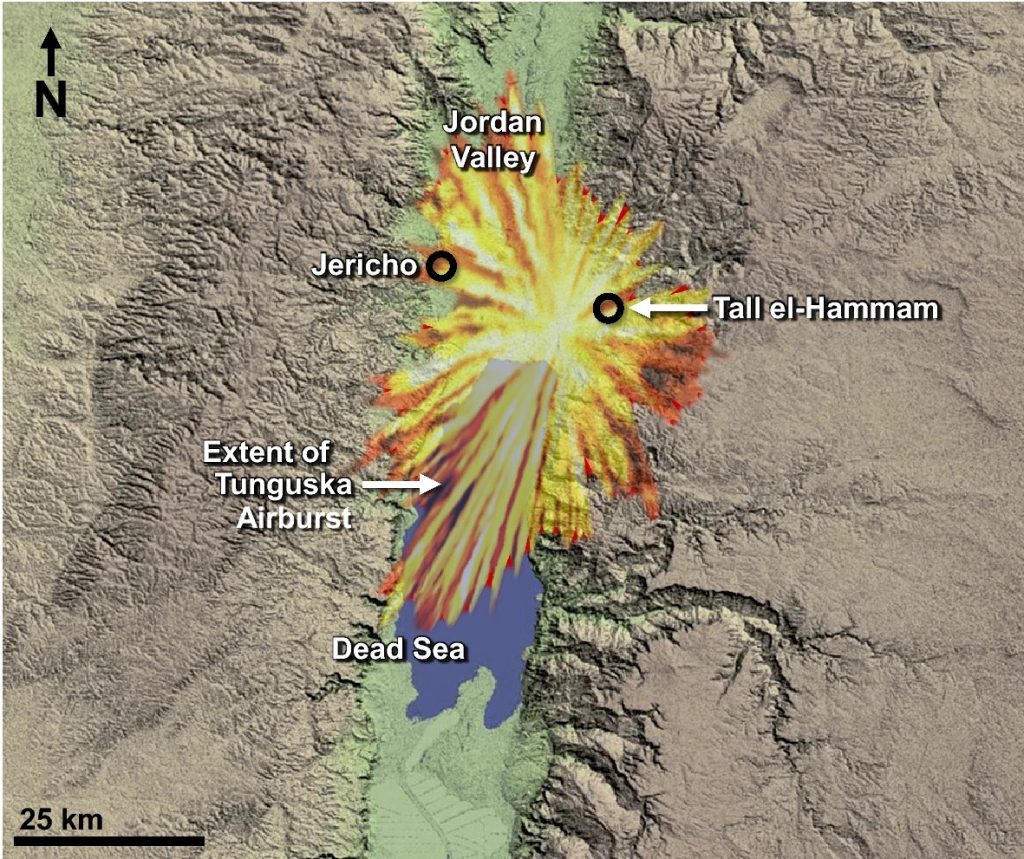 The team used the online impact calculator, a tool developed by impact experts, to model scenarios that matched the physical evidence, compared to the effects of known impact events and nuclear detonations. Of the 17 observations, only a meteor matched all the data.

A cosmic airburst sounds like an otherworldly event, but other instances have been documented, such the explosion over Tunguska, Russia, in 1908. Such explosions are rare, with thousands of years between known events. Tall el-Hamman is the second-earliest airburst to be identified, after one in Abu Hureyra, Syria, which experts believe was destroyed by a comet some 12,800 years ago, and may represent the first written record of such a catastrophic event.

The Tall el-Hamman meteor was probably larger than the one that struck Tunguska, but no bigger than 200 to 250 feet across.

“Otherwise, the object would have hit the ground and created a large crater like Meteor Crater in Arizona,” study coauthor Allen West, of the Comet Research Group, told Forbes.

The team behind the research was quick to clarify that their discovery was not definitive evidence that the Bible account was based on a true story.

“All the observations stated in Genesis are consistent with a cosmic airburst,” study coauthor James Kennett, professor of earth science at U.C. Santa Barbara, said in a statement, “but there’s no scientific proof that this destroyed city is indeed the Sodom of the Old Testament.”

Nevertheless, the evidence is compelling.

Furnace experiments indicated that the melted mudbricks had reached temperatures of 2,700 degrees. Tiny melted spherules found in the destruction layer were made when vaporized iron and sand reached 2,900 degrees. There were melted metallic grains of iridium (which has a melting point of 4,435 degrees), platinum (3,215 degrees), and zirconium silicate (2,800 degrees). 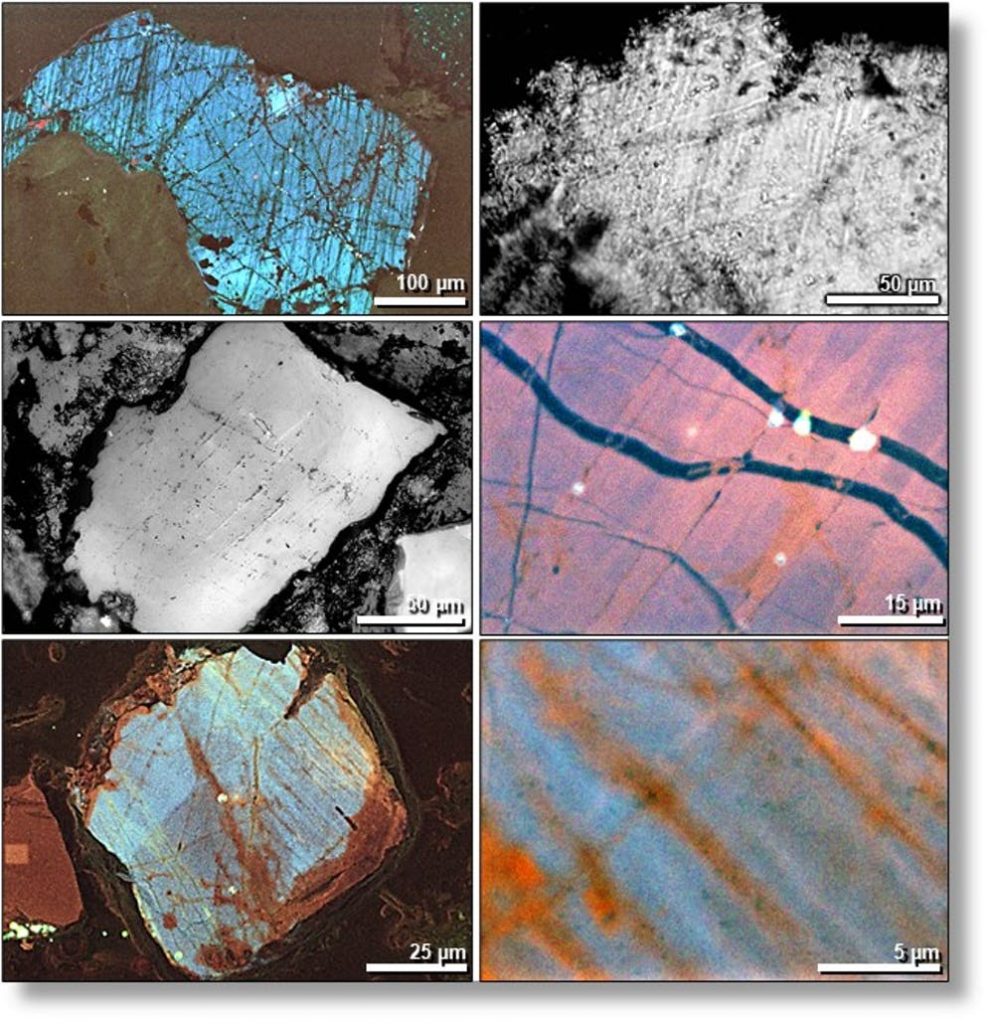 Other signs indicating there had been a massive explosion included tiny grains of shocked quartz that only form under 725,000 pounds per square inch of pressure, and carbon in the form of tiny microscopic diamonoids, each smaller than a virus, that likely came from plants exposed to super high temperatures and pressure.

The area around Tall el-Hamman lay fallow for 600 years following the blast—possibly because the explosion also impacted the nearby Dead Sea, scattering its salty waters across the Jordan Valley and making the formerly arable land sterile. To this day, excavators found that salt would leach out of the destruction layer into the morning dew, leaving a white crust atop the ruins each day.

“Any survivors of the blast would have been unable to grow crops and therefore are likely to have been forced to abandon the area,” the study said.

We can expect similarly destructive cosmic events to happen every few thousand years, the paper continued: “although the risk is low, the potential damage is exceedingly high.”