For over two decades, New York’s Showplace has served as a unique shopping destination offering a wealth of fine art, design objects, jewelry, and luxury fashion, as well as a mix of vintage ephemera to in-the-know collectors. Along with selling exhibitions, Showplace also hosts a bevy of auctions each year, and this fall it is presenting Important Fine Art & Design (October 10), a 145-lot auction that brings together fine art by Jean Dubuffet, Joan Miro, and Pablo Picasso, premier design objects by Knoll and Carlo Scarpa, and much more.

While collectors can certainly bid online, those in New York are welcome to preview lots at Showplace’s newly renovated galleries on 25th Street, where the auction will take place live. Below, check out 6 lots you won’t want to miss. 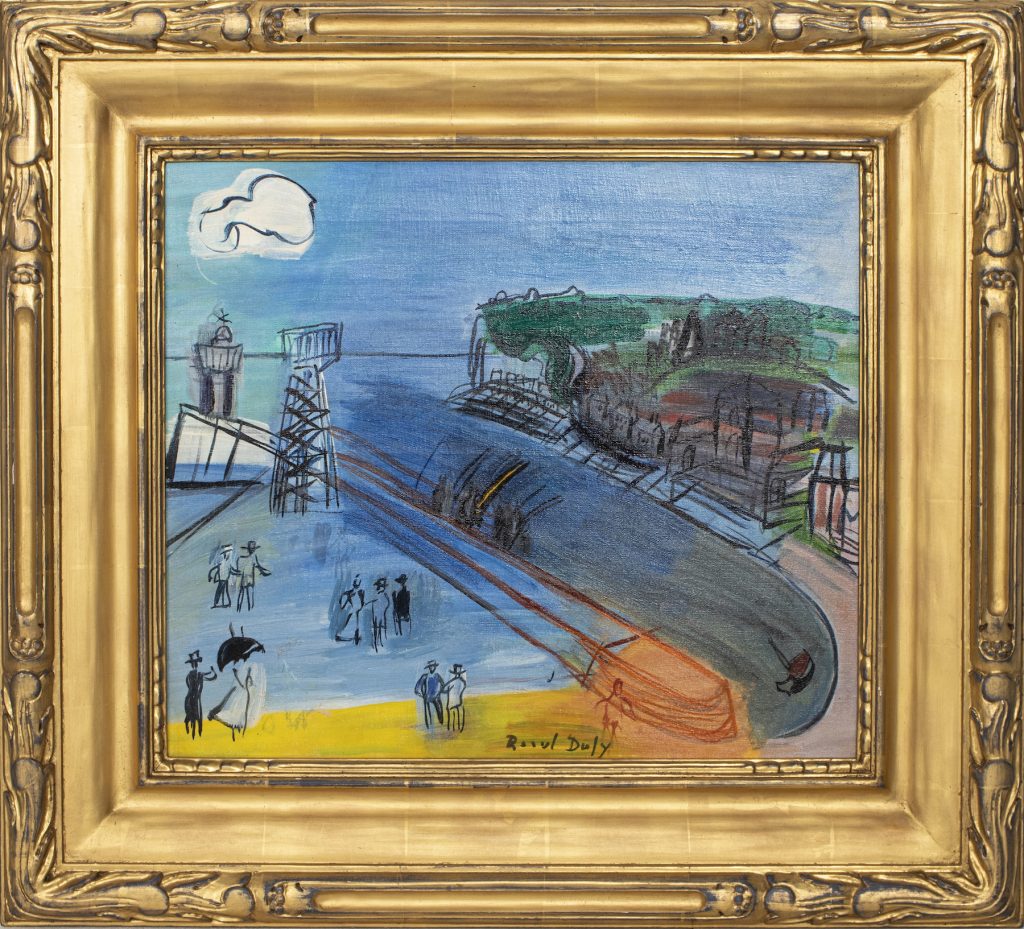 Raoul Dufy’s vibrant seaside oil painting L’entrée du port à Sainte-Adresse (circa 1950) stands as one of the fine art highlights of the sale. The work encapsulates the best of Dufy, with an aerial view of an energetic French waterfront filled with pedestrians, marked by his signature passages of bright blue. The work also has an impressive provenance, coming from the collection of Wally Findlay Galleries. 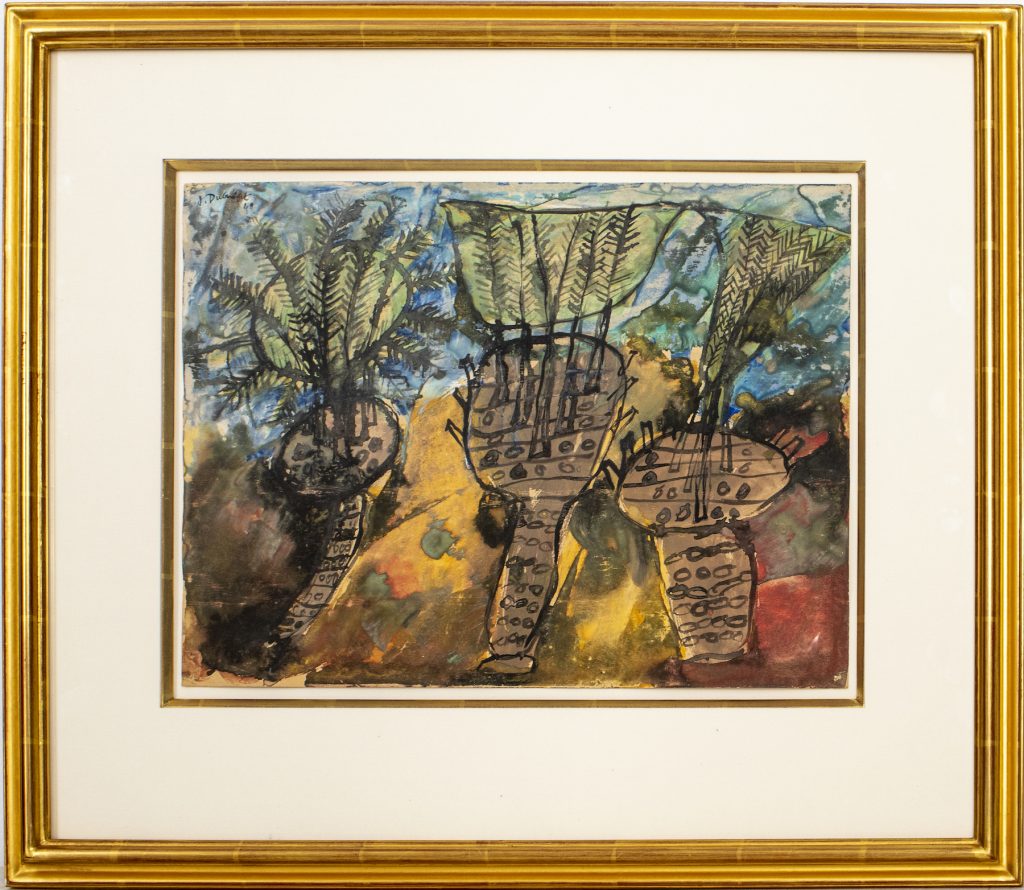 This 1948 watercolor on paper work shows an abstracted trio of palm trees, brimming with character. It predates Dubuffet’s move toward the “art brut” style for which he is best know but nevertheless showcases his movement towards intense gesturalism. The work bears a Cordier & Ekstrom, Inc. (New York) gallery label on verso. 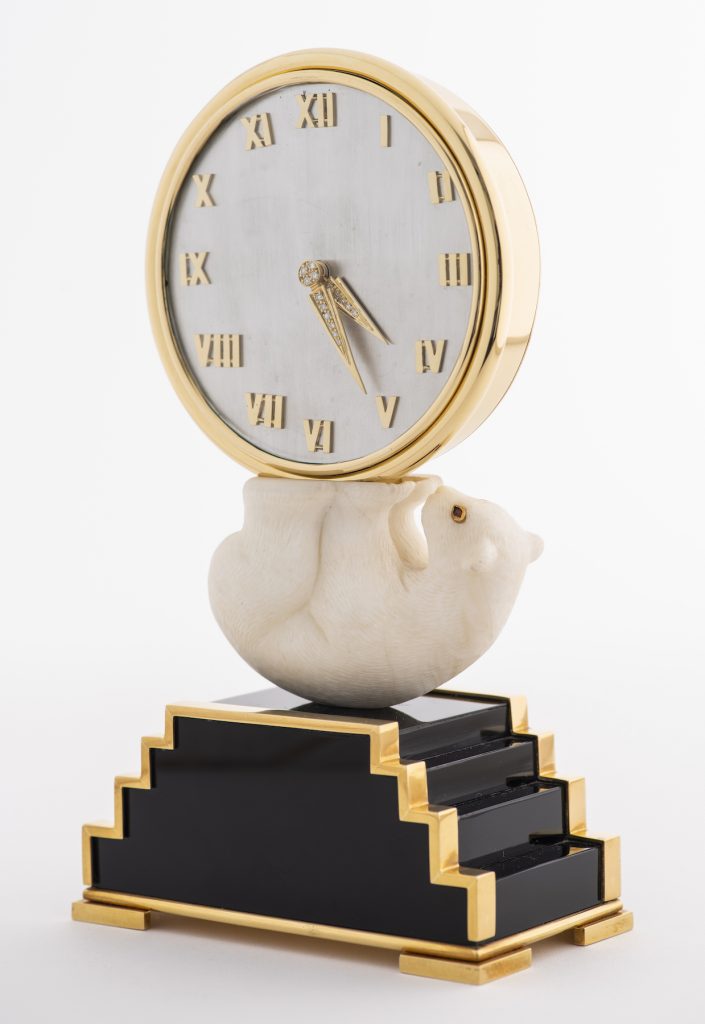 The title for most adorable lot likely belongs to this Art Deco revival gem-set gold clock featuring a reclining polar bear with ruby eyes. The bear balances the clock’s face upon its paws like a ball, while itself being perched atop a stepped onyx base, outlined in 18-carat gold trim and raised on 18-carat gold feet.

This low, patinated bronze table is rare in Diego Giacometti’s oeuvre. The table was acquired directly from the artist by Gallerie Gianna-Sistu in Paris during the late 1970s and was subsequently imported by Hirschl-Adler, New York, for dealer Jeffrey Hoffeld in 1987. The work now arrives at auction from a private Park Avenue collection, where it has resided since 1993. 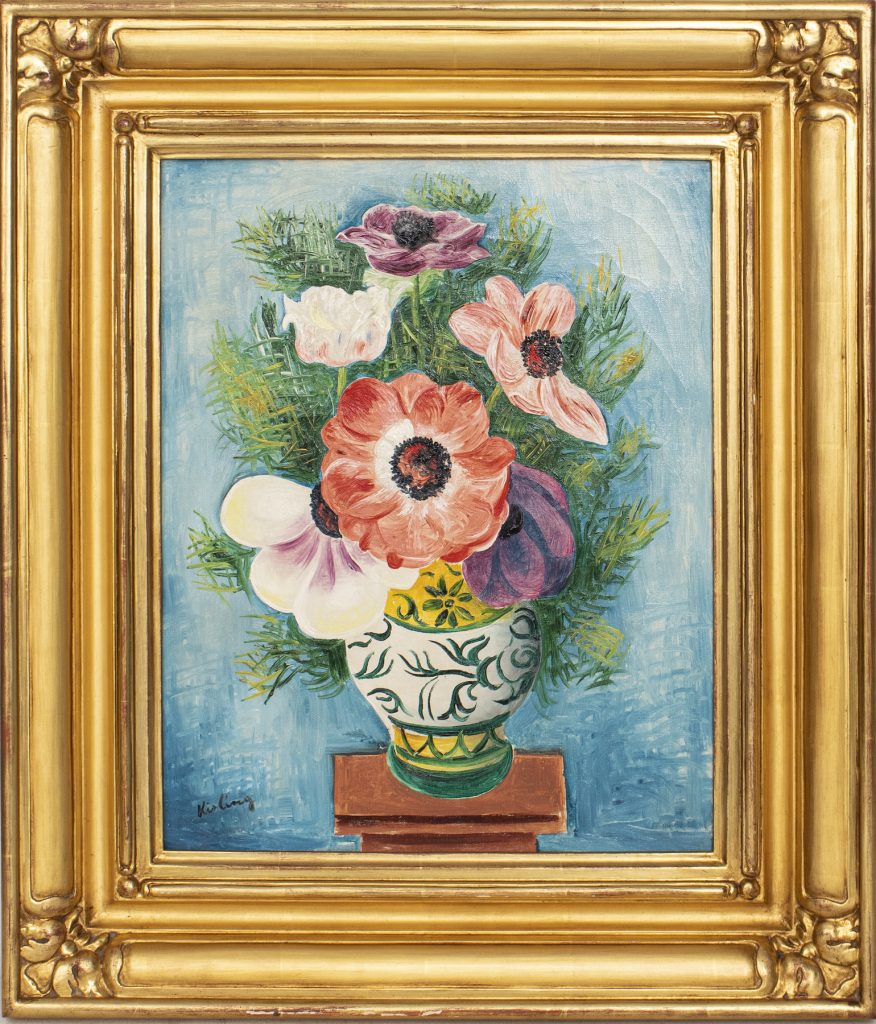 Polish-born French painter Moïse Kisling moved to Paris at the age of nineteen and would spend the majority of his life there (aside from a few years in the U.S. during World War II). A friend and contemporary of Amedeo Modigliani, Kisling became well-known from his slightly stylized portraits of women. This charming painting, Anémones dans un vase, comes from the collection of the Wally Findlay Galleries. 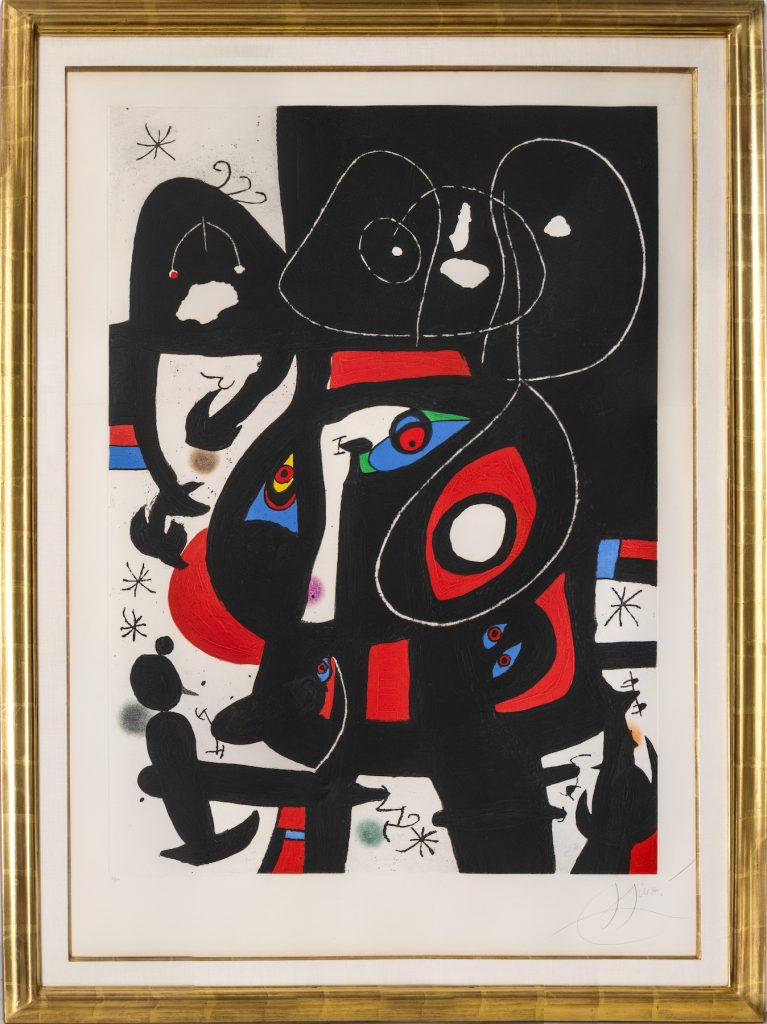 Joan Miro’s colorful 1978 etching and aquatint on paper titled La Métamorphose is perhaps the highlight of the print works offered in the sale, with swirling, lyrical shapes in Miro’s bold color palette of red, black, and white, plus pops of green, yellow, and blue. The print is number 17 from an edition of 50.