There is something about Yu Ji’s work—it can stop even the most seasoned, seen-it-all curator in their tracks. Now, the Shanghai-based artist is continuing her rapid ascent to art-world fame with a solo show at London’s prestigious Chisenhale Gallery, her first institutional exhibition outside of Asia.

Chisenhale is known for propelling emerging artists from Lynette Yiadom-Boakye to Hito Steyerl to international acclaim, and Yu Ji appears to be no exception. Already, her work is making its way around the globe: she is the subject of a concurrent one-person exhibition at West Bund Museum in her native Shanghai, presented in collaboration with the Centre Pompidou, and will participate in the forthcoming New Museum Triennial in New York.

For the Chisenhale exhibition, titled “Wasted Mud,” Yu Ji transformed the gallery into a kind of paradoxical urban-meets-wilderness cavern. A large black hammock stretches across the space, sagging under the weight of piles of rubble gathered from construction sites in fast-gentrifying East London. A table sourced from a market in London’s Deptford area holds a sculpture of a headless form. Electronic pumps disperse plant-infused water through tubes threaded around these displays, with some of the liquid leaking onto the floor. 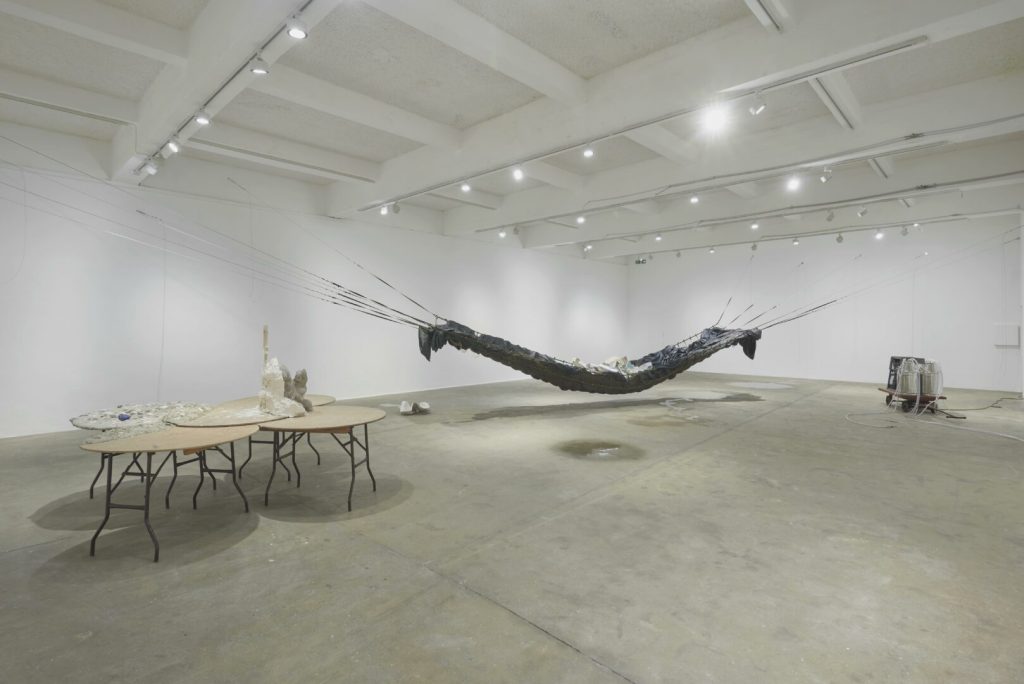 This collection of works—inspired, and in some cases drawn directly, from the show’s surroundings—is classic Yu Ji. Back in 2019, she spent three months in London as a resident of the Delfina Foundation and set aside hours to walk the streets, taking inspiration from the Thames, the city’s canals, and local flea markets.

“It was a time to really stay in the city and be with the city and not do anything for production,” Yu Ji told Midnight Publishing Group News. That experience formed the basis for her current show.

For Yu Ji’s fans, her work offers a lesson in how to look at what’s around us. “Her work is appealing because it asks us to consider our relationship to ourselves, to each other, and to our external environment,” Aaron Cezar, the director of the Delfina Foundation, told Midnight Publishing Group News. “Rather than focusing on the tensions that often lie underneath these relationships, Yu Ji offers the possibility to explore how these connections can also be transformative. Coming out of the pandemic, I think this resonates with audiences.”

Yu Ji was born in 1985 in Shanghai, where she also received her MFA in sculpture from Fine Art College of Shanghai University in 2011. Though she was nominated for the Hugo Boss Art Prize for Emerging Asian Artists in 2017, it was her inclusion in Ralph Rugoff’s Venice Biennale in 2019 that launched her onto the global curatorial radar. Displayed across the central pavilion were sculptures from her signature “Flesh in Stone” series, in addition to a site-specific installation of resin-coated iron chains suspended from the ceiling, seemingly frozen in time and space. 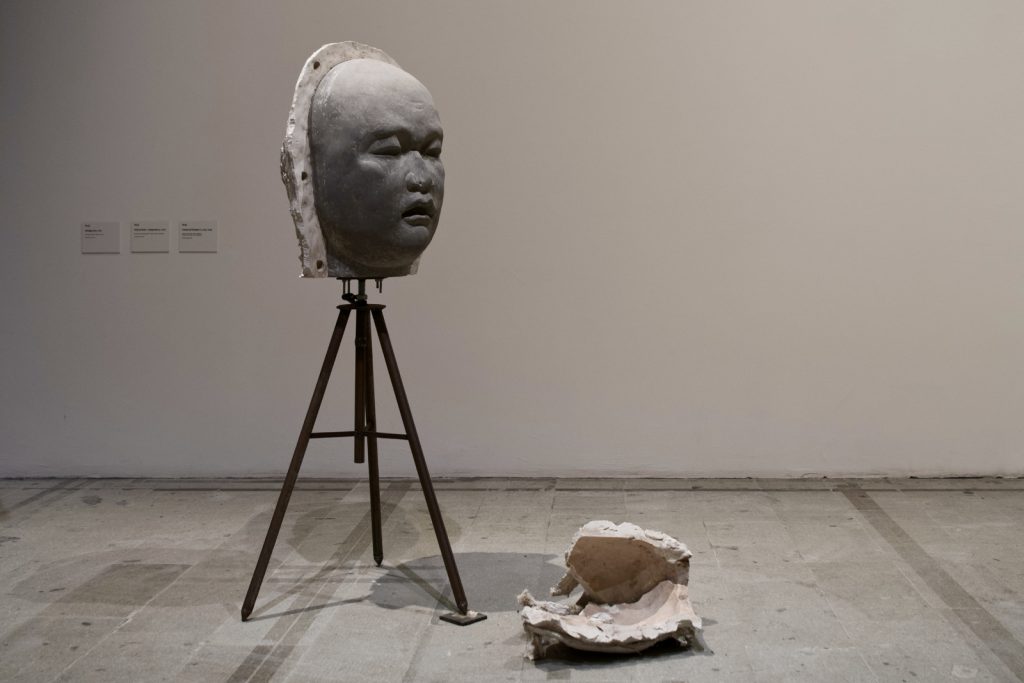 On the heels of the biennale, during her London residency, “there was a huge interest in her work,” Cezar said. “Almost every major gallery requested studio visits!”

Indeed, both Sadie Coles—the tastemaking London gallerist who snapped Yu Ji up after Venice, and now represents her—and Margot Norton, curator of the forthcoming New Museum Triennial, cited Venice as a critical moment. “It convinced me that we wanted to commit to representing her,” Coles said. “Great work always finds a market.”

“The work really did stick out,” Norton said. “I do think the ideas she’s exploring resonate, and the techniques she’s using are original. The work in Venice was doing something new and something I hadn’t seen before.”

Top curators and critics familiar with Yu Ji emphasize the novel nature of her use of materials and the underlying themes of connection with others. Plus, in a moment when the art market favors bright, figurative painting, Yu Ji’s work is the opposite. It’s not trying to be decorative, or clean. Instead, it seeks to directly confront tension: between the natural and urban worlds, between varying media and matter, and between the physical and the ethereal. 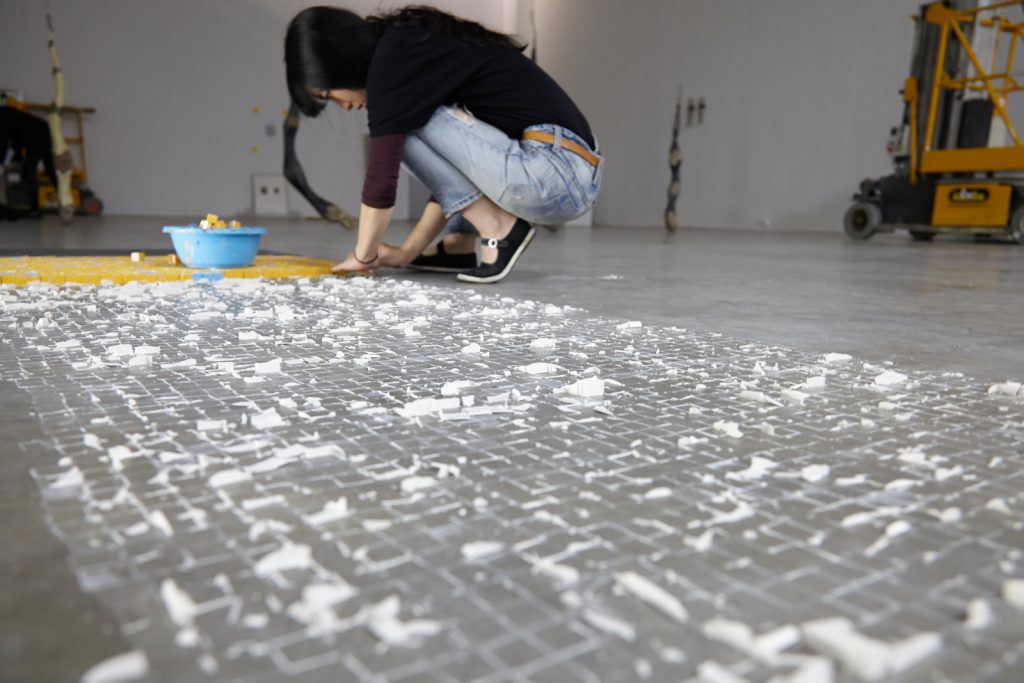 “After a year of being wed to our screens through necessity, I think Yu Ji’s commission gives us a welcome break from a digital interface and allows us to get lost in physical material,” Chisenhale curator Ellen Greig told Midnight Publishing Group News. “Her work also explores the human body and shared space, and in that way, her work comments on how we are all connected and dependent on one another in some way; something I think is important not to forget.”

Jo-ey Tang, an artist and former curator at Paris’s Palais de Tokyo, recounted an unrealized performance idea that was vetoed by the Parisian art center upon the artist’s 2014 inclusion in a group show. The proposal would have seen Yu Ji shatter a bag of cement, with the resulting dust particles continuing to linger mid-air long afterward, levitating in the space due to emissions from low-frequency speakers positioned skyward.

The concept was rejected due to safety concerns, but Tang remembers Yu Ji’s vision to “take the unconscious of the room… challenged curatorial and institutional authority.” 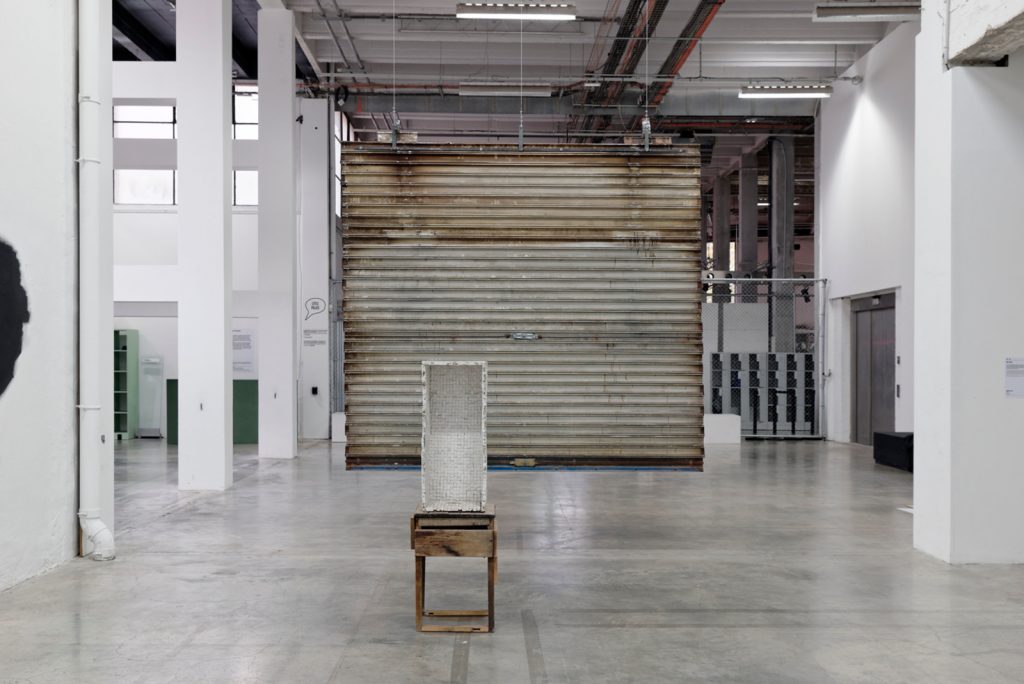 “Yu Ji: Wasted Mud” is on view through July 18 at Chisenhale Gallery in London.