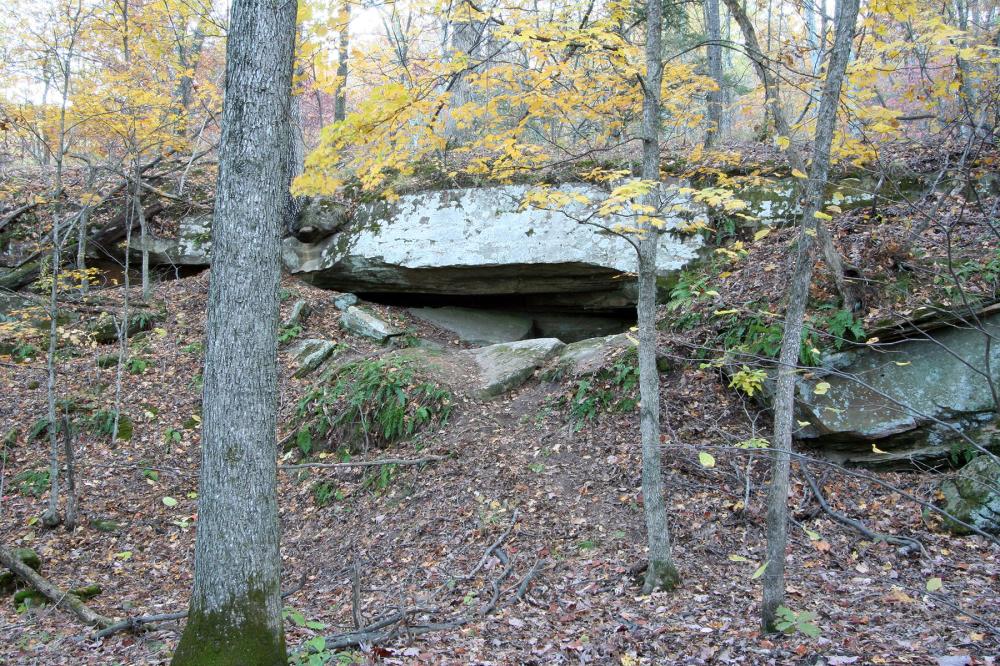 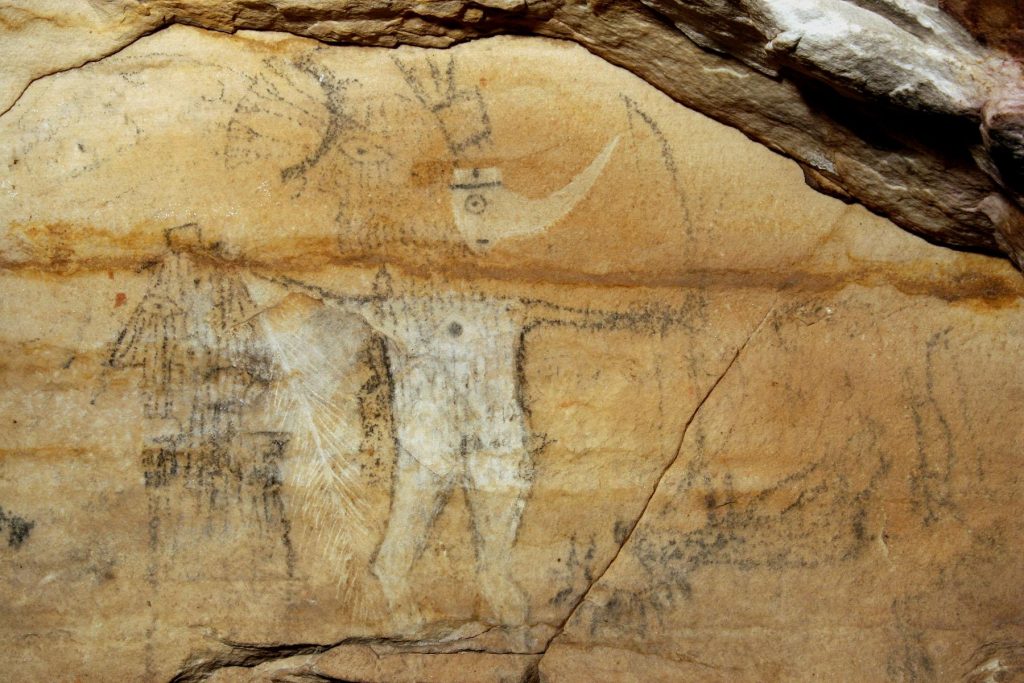 
It’s an enchanting object, made of copper and bronze, an ancient view of the cosmos—but how ancient, exactly, is what’s fueling an increasingly contentious debate.

Is the Nebra Sky Disk an unprecedented Bronze Age treasure forged some 3,600 years ago? Or a less-remarkable Iron Age object made 1,000 years later?

In September, Rupert Gebhard, director of the Munich’s Bavarian State Archaeological Collection, and Rüdiger Krause, an early European history professor at Goethe University in Frankfurt, published a paper in the German journal Archäologische Informationen arguing that the artifact—which features images of the sun, the moon, and the Pleiades star cluster—is not the remarkable earliest-known depiction of astronomical phenomena that it had been heralded as.

“It’s a very emotional object,” Gebhard told the New York Times. He believes that the looters who discovered the disk before it was recovered in 2002 moved it from its original site and reburied it with real Bronze Age artifacts to make it appear older and more valuable.

Now, a competing paper put forth by experts including Harald Meller, director of the State Museum of Prehistory in Halle, Germany, which owns the disk, has fired back. 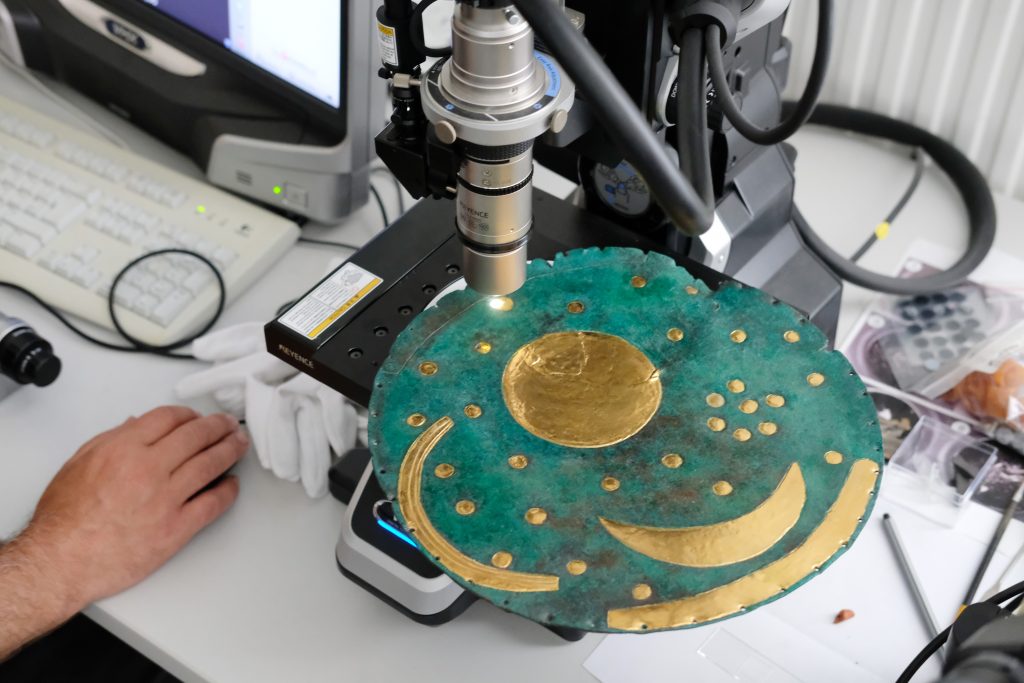 A replica of the Nebra Sky Disk being examined with a microscope in the workshop of the State Office for Monument Preservation and Archaeology Saxony-Anhalt. Photo by Sebastian Willnow/dpa-Zentralbild/dpa/picture alliance via Getty Images.

The article, published by the Austrian Academy of Sciences, challenges Gebhard’s and Krause’s claims, arguing that the authors are “extremely selective in their argumentation, sometimes make false claims, and ignore a large part of the extensive research results of the last 20 years on the Nebra Sky Disk and its context.”

Authorities captured the smuggled disk in a 2002 sting operation. As part of a plea bargain, the looters revealed that it came from Mittelberg, a hillside near the German town of Nebra, and that they had damaged the artifact with pickaxe during their illicit dig.

Gebhard and Krause believe this is a convenient lie designed to protect the original find, in the hopes it might yield additional treasures they can sell illegally.

But their opponents argue that due to its elevation, Mittelberg would have been a good site for astronomical observations, and a logical place to ceremonially bury an object such as the Nebra Sky Disk, which was likely used to track lunar and solar calendars.

They argue that the evidence supports the looters’ story, and that the object—never mind how unusual it is—must be an authentic Bronze Age artifact.

“As a unique find, the Nebra Sky Disk is and remains an absolutely singular specimen. It goes without saying that it therefore is not easy to fit into the motif stock of its time,” admits the new study, which was written by a team of experts led by Ernst Pernicka, a senior professor at Tübingen University and a director of the Curt-Engelhorn Center for Archaeometry in Mannheim. 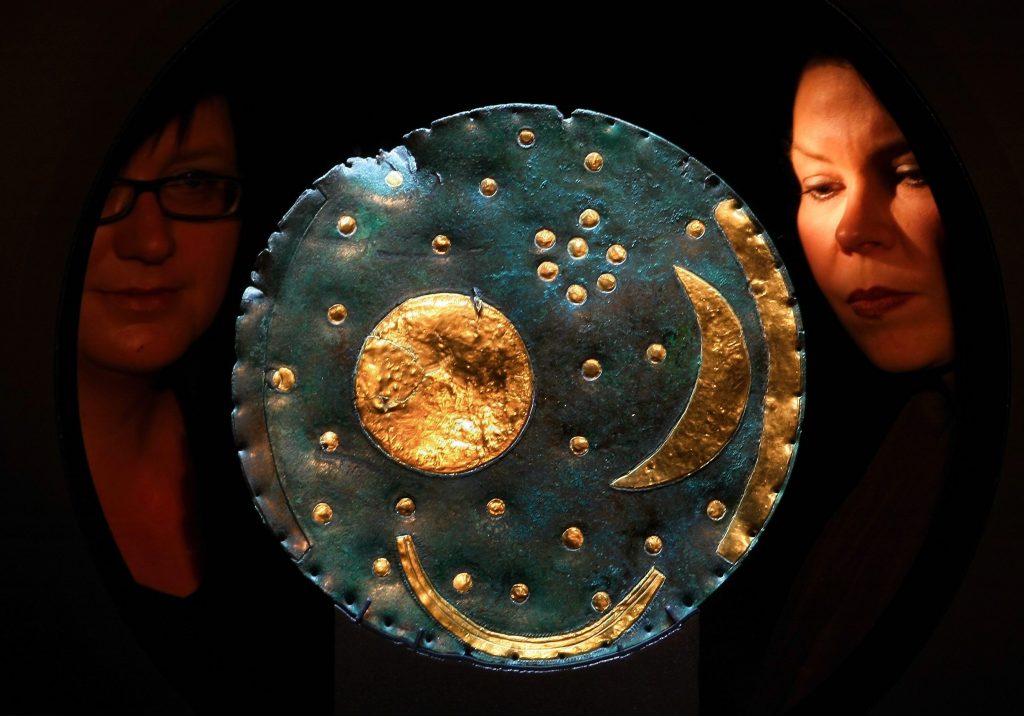 The Nebra Sky Disk on view at the State Museum for Prehistory in Halle, Germany. Photo by Schellhorn/ullstein bild via Getty Images.

This isn’t the first time experts have questioned whether the Nebra Sky Disk was too good to be true. Initially, the work was suspected to be a modern fake.

“When I first heard about the Nebra Disk, I thought it was a joke, indeed I thought it was a forgery,” Richard Harrison, professor of European prehistory at the University of Bristol told the BBC in 2004. “It’s such an extraordinary piece that it wouldn’t surprise any of us that a clever forger had cooked this up in a backroom and sold it for a lot of money.”

Part of the cause for skepticism is the disk’s unusual iconography, which includes what has been interpreted as a solar barge added to the artifact some time after its initial creation. 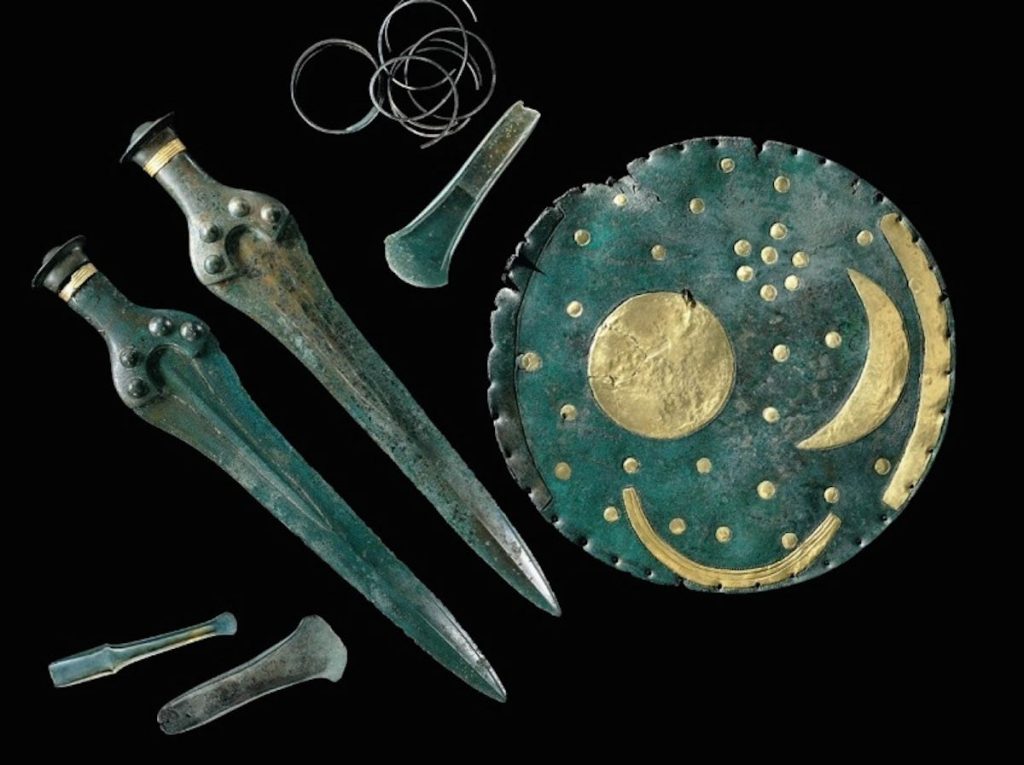 The controversial Nebra Sky Disk and some of the Bronze Age artifacts with which it was found. Photo courtesy of the State Museum for Prehistory in Halle, Germany. Photo by J. Lipták, Munich.

Yet among the supporting evidence suggesting the disk dates to the Bronze Age is a sword with a handle made partly of wood that is believed to have been buried with the disk. According to carbon dating, the sword is from around 1,600 BC.

In addition, archaeologists found marks on the site that appeared to have been made by a pickax, matching the looters’ story of how the disk was damaged.

Soil samples from the disk and other artifacts from the Nebra hoard are all consistent with samples taken from Mittelberg. And the soil where the disk was allegedly uncovered contains traces of gold and copper, which could be residue from the disk after having been buried for thousands of years.

No matter what, the mystery of the Nebra Sky Disk and its view of the heavens is far from solved, another ancient artifact that may never reveal all of its secrets.