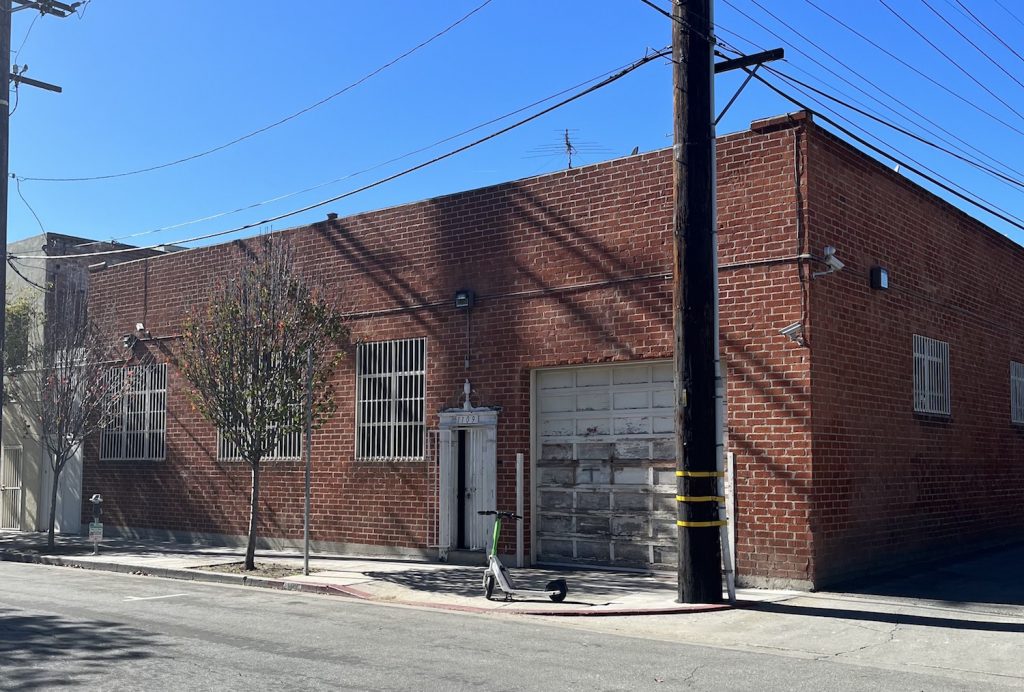 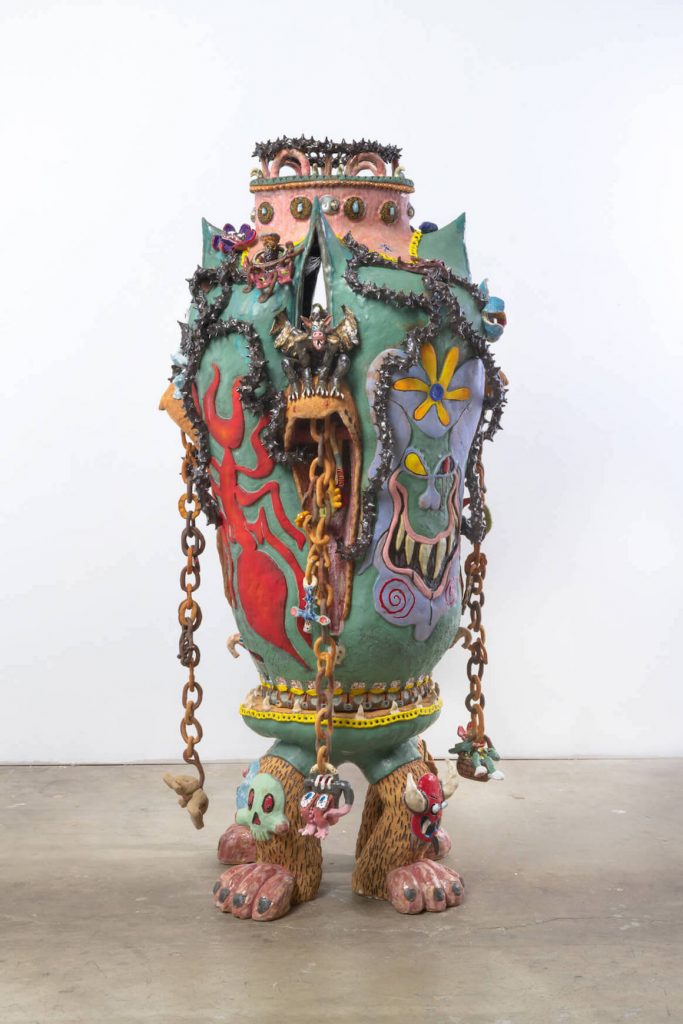 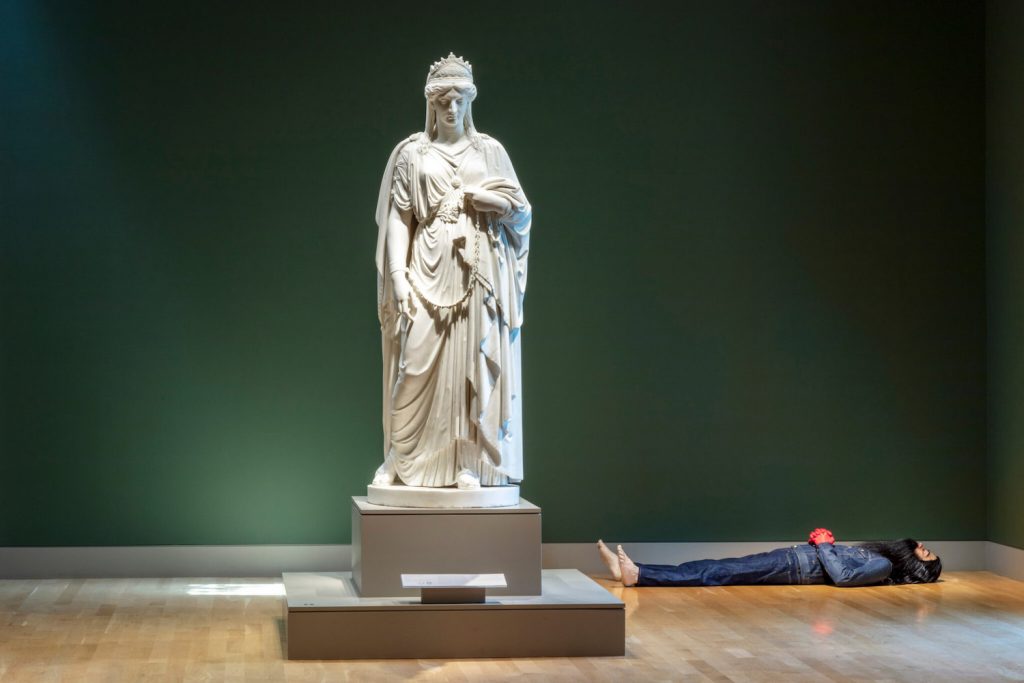 
After numerous delays, the Academy Museum of Motion Pictures finally opened its doors this week, as members of the public were invited into the new seven-story, Renzo Piano-designed shrine to movie magic for the first time.

The project has always been a high-profile one, and not just because of Hollywood’s outsized cultural influence or the names involved in bringing the thing to life (Tom Hanks, Steven Spielberg, and Bob Iger, to name a few).

The stakes were high: the industry, still reckoning with the problems laid bare by campaigns like “#MeToo” and “#OscarsSoWhite,” now has another identity crisis on its hands as the pandemic has fundamentally changed the way films are financed and experienced. Reverence for the institution is fading, evidenced by the lowest-ever ratings achieved by the most recent Academy Awards.

As Janelle Zara recently wrote, the entire way the museum tells cinema history has been reimagined to meet these questions and create a broader, more contemporary, and perhaps more engaging view of its subject matter. That’s not to say, though, that you won’t also find pieces of memorabilia from your favorite movies on display.

Dorothy’s ruby slippers, Okoye’s Black Panther outfit, and an animatronic E.T.—among many other greatest hits—are all on view as the public gets its first glimpse at the experience, alongside debut exhibitions devoted to filmmakers Hayao Miyazaki and Pedro Almodóvar.

To illustrate the scope of the museum’s vision, we asked collections curator Nathalie Morris to highlight a few of her favorite objects from the collection. Below are seven novel movie artifacts selected by Morris that give a sense of what to expect from the Academy Museum of Motion Pictures, along with the curator’s commentary on each. 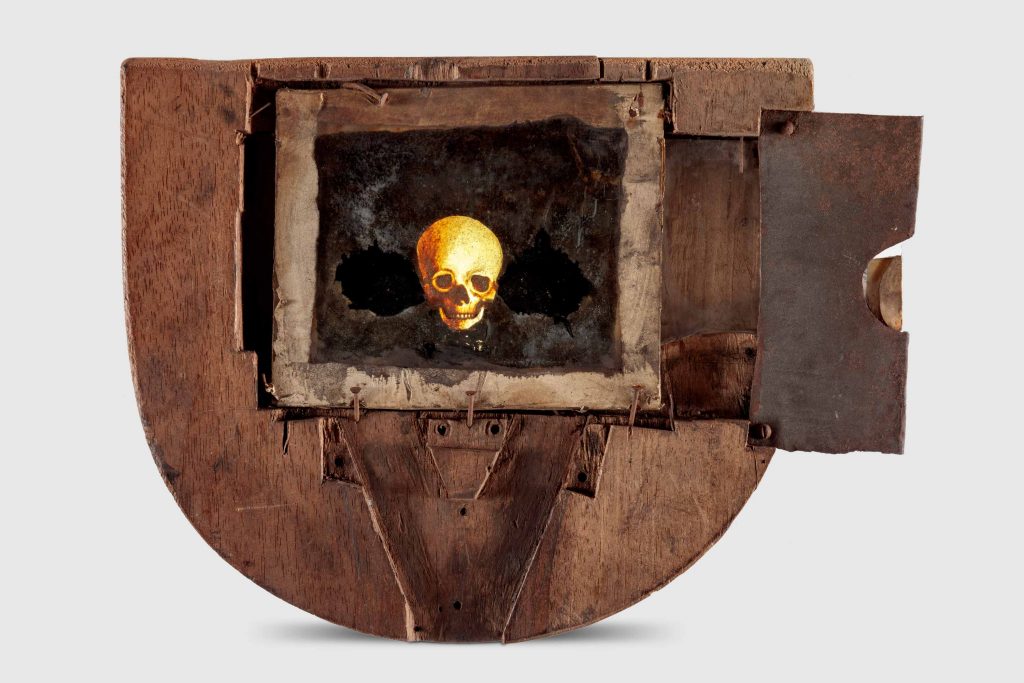 “Produced by English inventor Phillip Carpenter around 1821, this quirky-looking lantern was designed for rear, as opposed to front projection. It could create spooky apparitions and make specters appear and disappear at will, a defining feature of the phantasmagoria show, a precursor to the modern horror genre. This piece is part of the museum’s Richard Balzer Collection, on show as part of ‘The Path to Cinema.’ It’s a significant part of the centuries-long story of how optical devices have been used to tell stories, enthrall viewers and bring still images to life.” 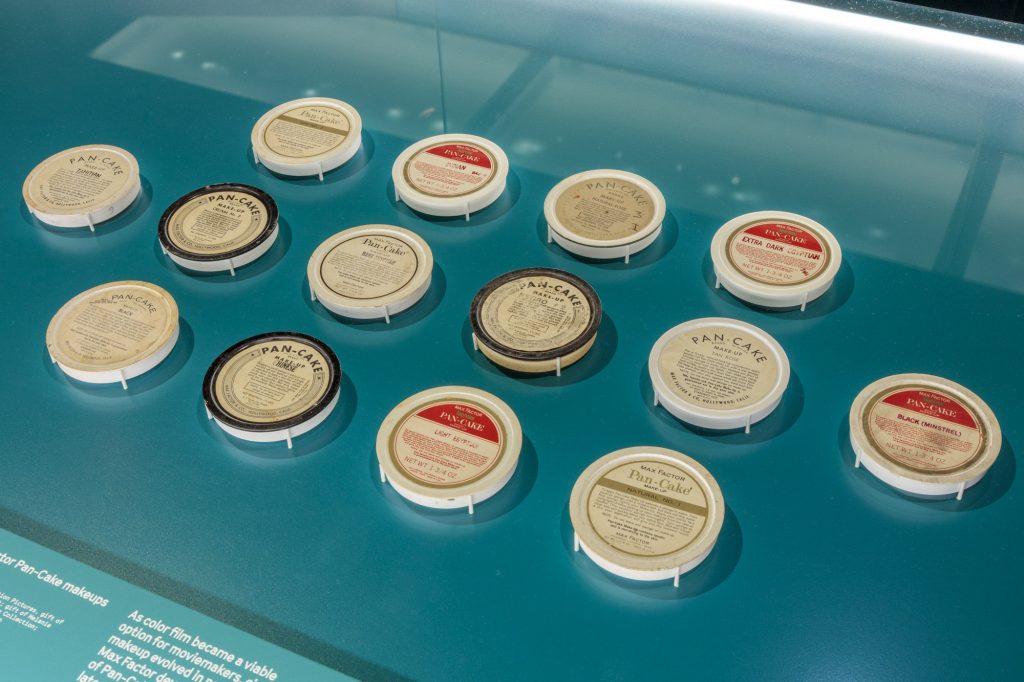 “Max Factor was an instrumental figure in the development of make-up for cinema, creating new products to match advances in film technology. He invented Pan-Cake make-up in response to the evolution of Technicolor in the 1930s, to ensure actors appeared with natural complexions on screen. While we salute his technical genius, we also want to highlight how these products reflect Hollywood’s problematic relationship to race, casting, and performance. Shades on display include ‘Light Egyptian,’ ‘Dark Egyptian,’ ‘Indian’ and ‘Chinese’—which were largely intended for use on white actors. Most problematic, of course, is the shade ‘Minstrel,’ an explicit reference to the long-standing practice of blackface.

The display of these pieces (curated by my colleagues Ana Santiago and Dara Jaffe as part of our ‘Identity’ gallery) is accompanied by a slideshow that contextualizes them within the history of racist casting and make-up practices. This explores the tradition of minstrelsy, racial stereotyping, and the long-standing practice of casting white actors to play people of color—an accepted norm that for a long time shut non-white actors out of roles and opportunities. For instance, Lena Horne was one of the few leading Black actresses in classical-era Hollywood. She lost out on the role of Julie in Showboat (1951) to Ava Gardner, who played a Black woman passing as white, wearing make-up to darken her skin. It’s only by confronting histories such as these that we can fully understand the past and strive for a more equitable future.” 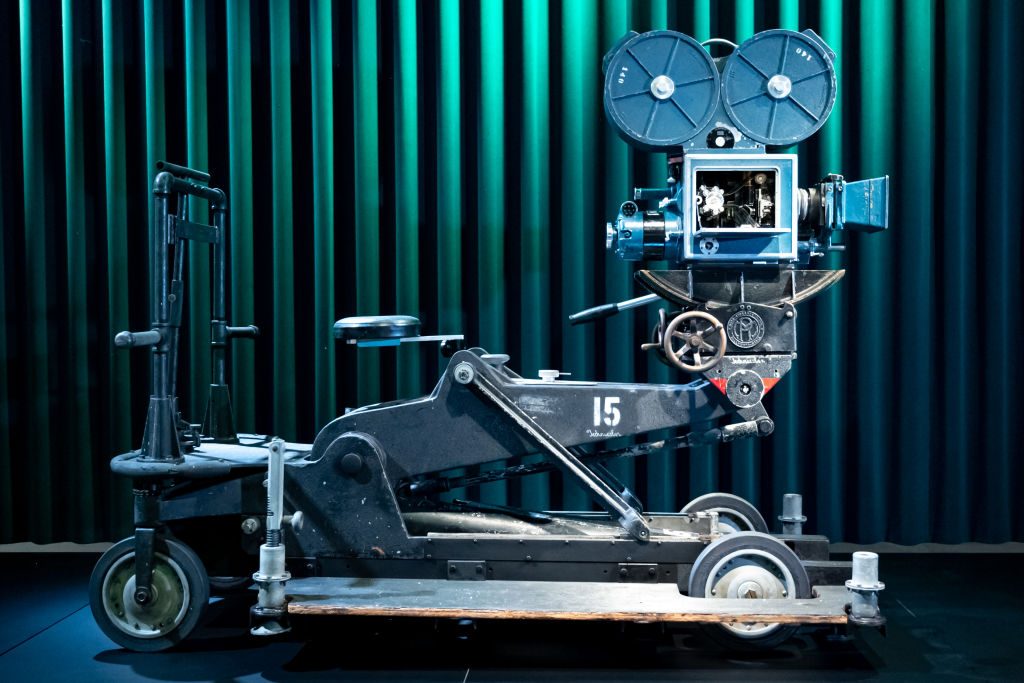 “Technicolor was a color camera system that shot some of the most visually stunning movies of all time, including The Wizard of Oz. Introduced in 1932, three-strip Technicolor represented a huge advance in motion picture technology, enabling an expressive and richly saturated palette for filmmakers to work with. The camera itself is also an elegant and beautiful piece of equipment and no collection of film technology would be complete without one.” 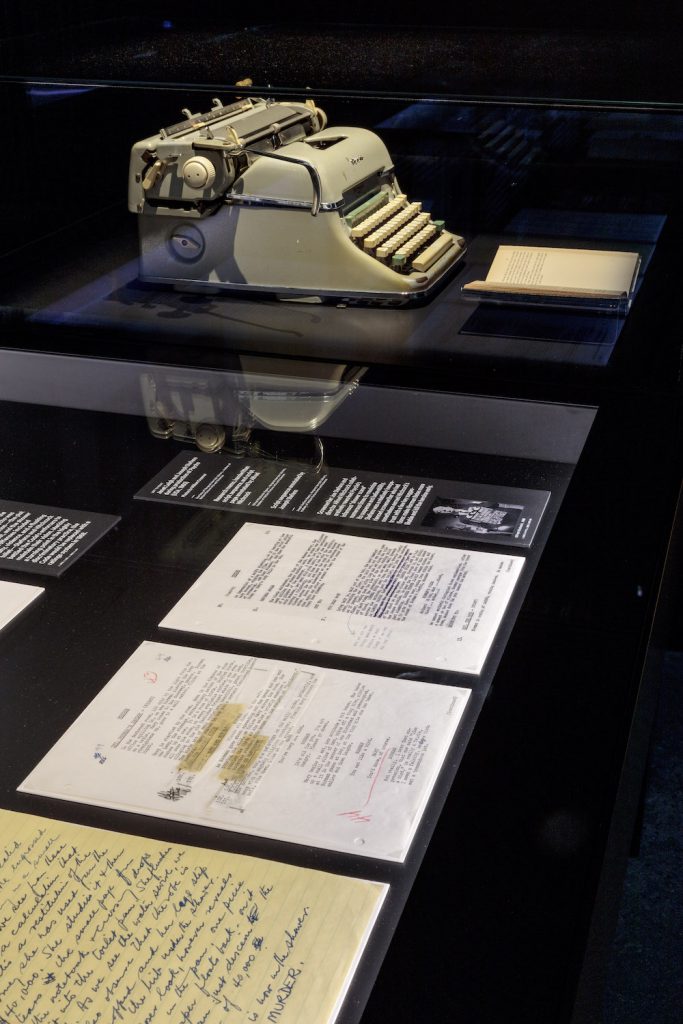 “This typewriter was used by then-novice screenwriter Joseph Stefano to write the script for Alfred Hitchcock’s Psycho (1960). Adapted from the 1959 novel by Robert Bloch, the film challenged the censors, terrified audiences and revitalized Hitchcock’s career, making him relevant to a new generation. As well playing a part in one of the most influential films of all time, the typewriter also serves to represent a key tool of the screenwriter (or the studio typing pool) before the introduction of personal computers and screenwriting software from the 1980s onwards.” 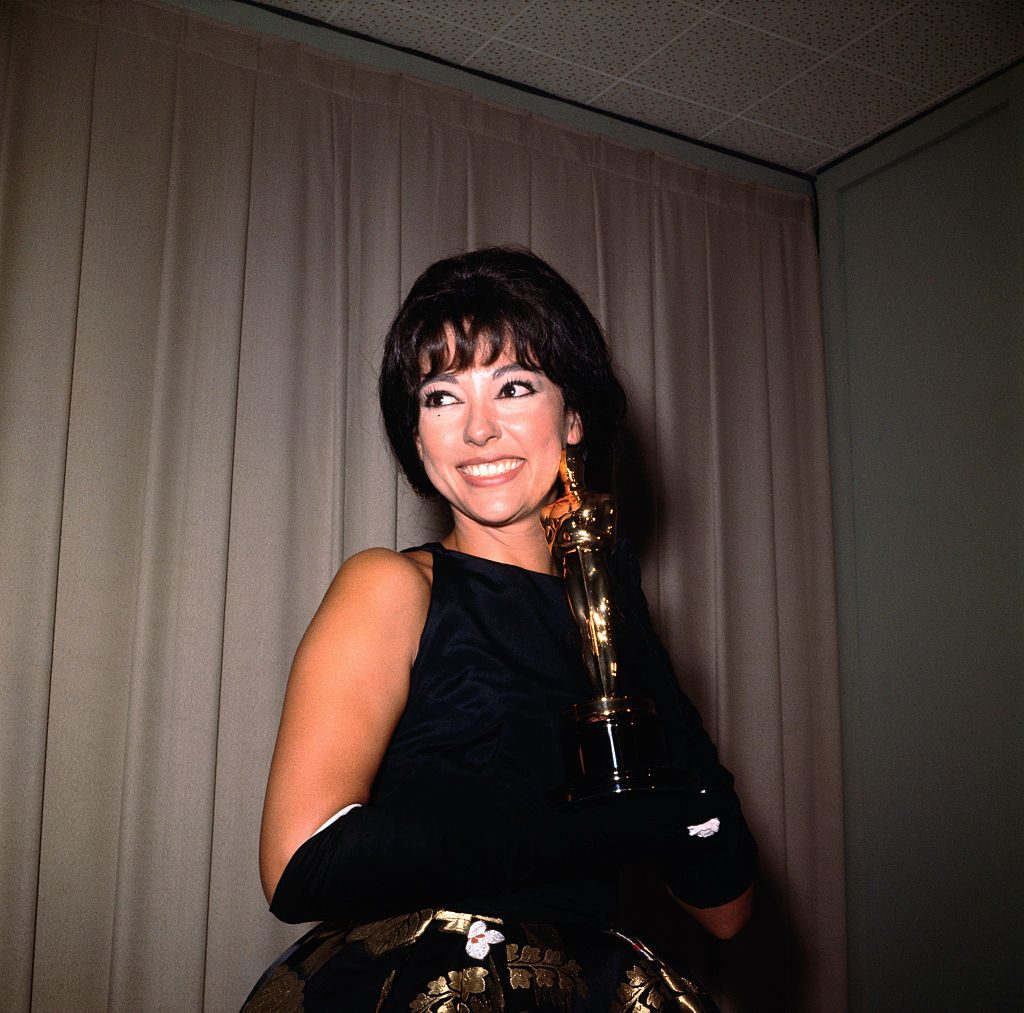 Actress Rita Moreno with her Academy Award in 1962. Courtesy of Getty Images.

“The Academy Museum has a growing collection of significant Academy Awards red carpet fashions. This dress was worn by Rita Moreno, the first Latina actress to win an Academy Award, when she won Best Supporting Actress for the role of Anita in West Side Story (1961). Moreno accepted her statuette in this black and gold dress designed by Filipino fashion legend Pitoy Moreno. She wore the same dress again, altered to become strapless and accessorized with gloves and jewelry, when she was a presenter in 2018.” 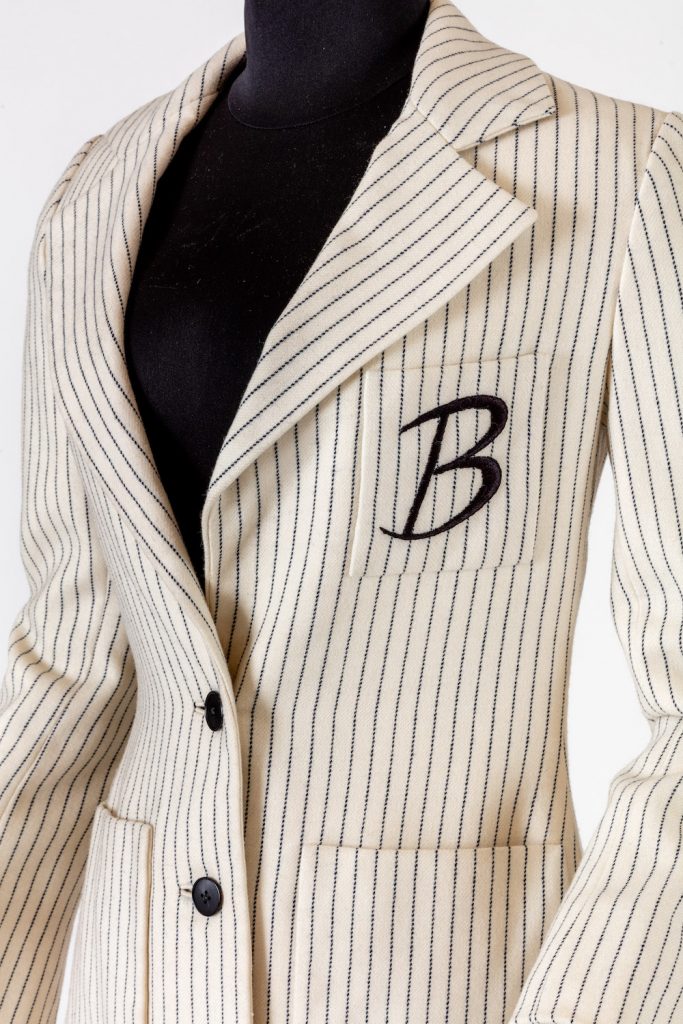 “Diana Ross wore this skirt suit in her Oscar-nominated performance as Billie Holiday in Lady Sings the Blues. Originally Norma Koch was to design all the costumes for the film, but shortly before filming commenced Ross had Bob Mackie and Ray Aghayan brought on to design her costumes (they had previously created many of her looks for concerts and television appearances). Given the short time window, Mackie and Aghayan were unable to make all of her costumes from scratch. This piece was inspired by Holiday’s style in the late ’40s/early ’50s, particularly in the film New Orleans (1947). It was selected from stock at Paramount studios and customized with the distinctive ‘B’ on the lapel, a great example of how practicality, problem-solving, and creativity come together in film costuming.” 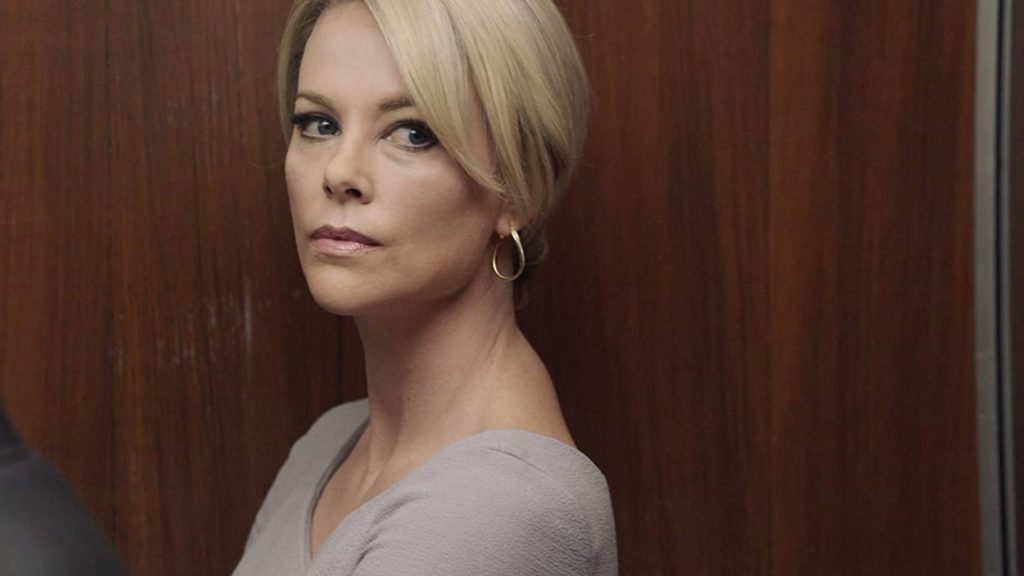 “Special effects make-up artist Kazu Hiro transformed Charlize Theron into Fox News anchor Megyn Kelly for 2019’s Bombshell. If you look carefully at these pieces (with the help of the accompanying interview with Hiro) you can understand the way in which he altered Theron’s chin, jawline, eyelids, eye color, and even nostrils to support her tour de force performance. Theron was nominated for an Oscar for her role, and Hiro, along with Vivian Baker and hair designer Anne Morgan, took home the award for Makeup and Hairstyling.”


A district court judge in New York threw out a case brought by a high-profile Hollywood executive who claimed two art dealers duped him into buying a forged Rothko painting 20 years ago.

The suit was first filed in 2019 on behalf of Ron Meyer, ​​vice chairman of NBCUniversal and co-founder of Creative Artists Agency. He alleged that in 2001, New York dealer Susan Seidel offered him an abstract painting that she said was by Rothko.

According to Meyer, Seidel claimed the work was signed by the artist, that it had been acquired directly from the painter’s family years ago, and that it would appear in a forthcoming catalogue of his work.

Meyer spent $945,000 to buy the work, after which it hung in his house for nearly two decades.

That is, until he learned it was a forgery—the painting had not been signed by Rothko, nor it did not appear in any literature about the artist’s work.

In the suit, Meyer’s lawyer, Bertram Fields, called for $10 million in damages, the amount he and his client determined an authentic Rothko would have been worth at the time. The filing also named California-based art dealer Jamie Frankfort, who introduced Meyer to Seidel, as well as five unnamed John Does, as defendants.

Meyer won’t see any of that money, as it turns out.

“The claims were as stale as they were baseless,” Seidel’s lawyer, Judd Grossman, told Midnight Publishing Group News. “The suit never should have been filed, and our client deserved this complete vindication.”

In a ruling, the court said the statute of limitations on Meyer’s claim had expired, regardless of what Seidel may have claimed.

Because the case was dismissed with prejudice, it cannot be appealed.

Neither Fields nor Frankfort’s lawyer immediately responded to requests for comment.