Thomas Dermine is Belgium’s State Secretary for Scientific Policy, Recovery Program, and Strategic Investments. This month, he made a proposal that was accepted by the federal government to create a bilateral accord with the Democratic Republic of the Congo—the aim is to create a collaborative approach on objects acquired illegitimately during the colonial era. The region that is today the Democratic Republic of the Congo was once a colony of Belgium, existing as the Congo Free State and then Belgian Congo, between 1885 and 1960.

Belgium’s King Philippe addressed the two nations during a ceremony last year to mark the 60th anniversary of independence of the Democratic Republic of the Congo, once a colony of Belgium. “Our history is made up of common achievements but has also known painful episodes,” he said. “During the era of the independent state of Congo, acts of violence and cruelty were committed, which still weigh on our collective memory. The colonial period which followed also caused suffering and humiliation.”

Time does not erase anything. At best, it covers faded memories with a veil, which are rekindled with the first breeze. It was time for these apologies from the highest level of the state. Further on in his speech, the King emphasized that in order to “further strengthen our ties and develop an even more fruitful friendship, we must be able to talk to each other about our long common history in all truth and in all serenity.”

I am convinced that colonialism was a fundamentally unjust system of territorial occupation, economic exploitation, and physical and mental violence. It is essential to avoid a facelift of colonialism and we therefore have to abolish the historical and structural inequality of knowledge. Concrete actions such as the restitution of illegitimately acquired colonial collections can help us achieve this. They can also influence the attitude and behavior of our population towards racism, xenophobia, and intolerance. That is why I propose that we need a formal accord on restitution—we need practical and concrete action. 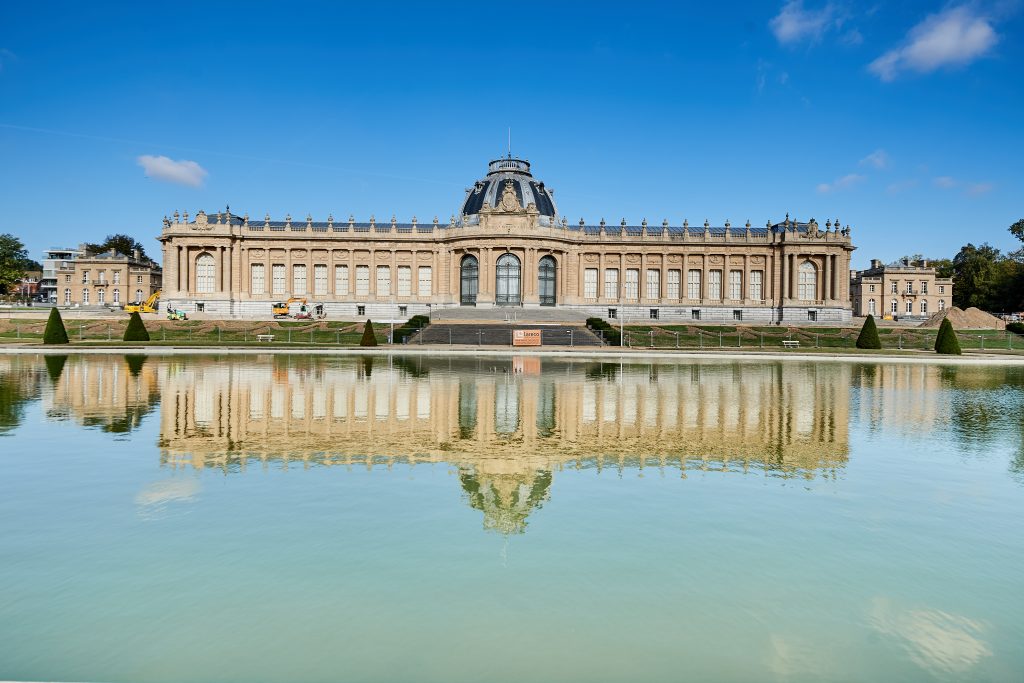 Today, the population in the Democratic Republic of the Congo is characterized by the importance of its youth: 60 percent of the inhabitants are under 20 years old. The access of youth to their own culture is of foremost importance, as is access to the creativity and spirituality of eras whose knowledge and recognition cannot be reserved for Western societies or diasporas living in Europe. We cannot enjoy our museums without completely ignoring the hidden side of certain objects. There are objects that were taken, with or without the consent of the country of origin, during scientific missions and military expeditions, and as a result of the movement of territorial agents or evangelizing activities. It is important that visitors of our museums know how certain objects got into these display cases.

Victor Hugo once said that “nothing is stronger than an idea whose time has come,” and I think that the time has come for the return of looted objects to the Congo. Objects illegitimately acquired by our ancestors do not belong to us. They are not ours. They belong to the Congolese people. Period.

The objective of our proposition to the government, which we formally made earlier this month, first addresses the holdings of the Royal Museum for Central Africa in Tervuren. The approach is based on two principles. First, we need to separate the issue of the legal transfer of property from the issue of physical restitution. Too often in the past, discussions about colonial objects have been stopped by concerns around conservation—to enable the transfer of property, the alienable character of all the objects for which it has not yet been possible to determine that Belgium has acquired them legitimately, must first be legally recognized. 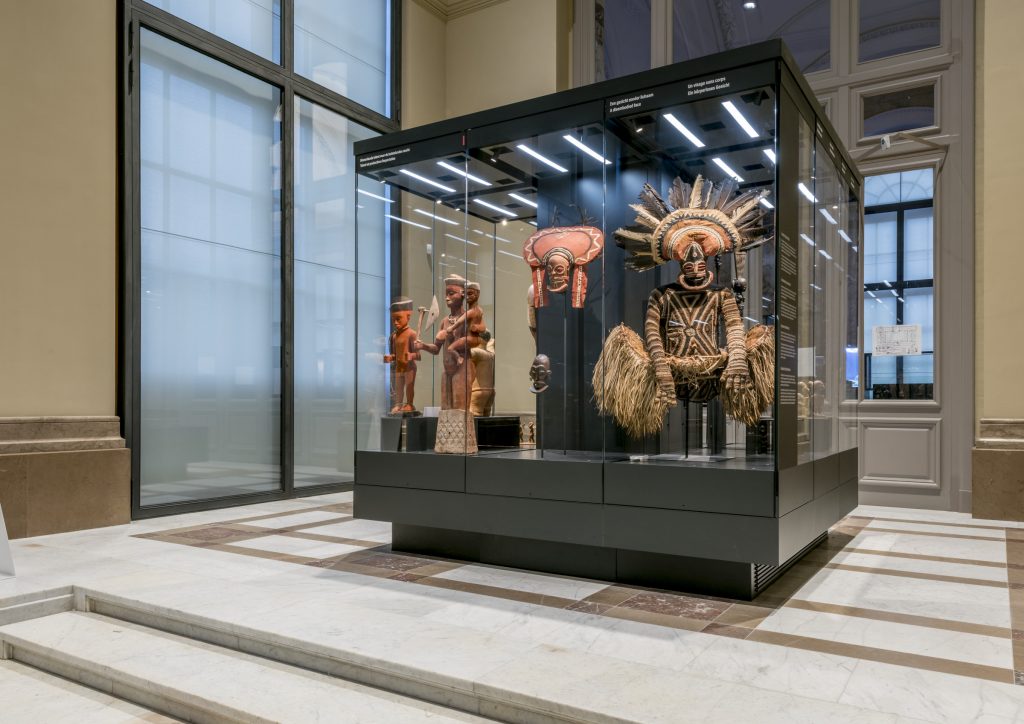 This allows us to solve the question of ownership and to give ourselves time in a bilateral framework to build the conditions for return and conservation. The second principle of our approach is to create a dialogue between the two countries, which must be the common thread of the entire process—the material transfer of these objects must be part of a bilateral diplomatic framework. This will ideally be done in a cooperation that strengthens conditions for conservation.

This two-pronged approach will be applied to three categories of objects that were acquired during the colonial period in Congo. There are objects for which we know they were acquired illegitimately. These objects must be made alienable for restitution purposes. An agreement between Belgium and the Democratic Republic of Congo would set out the conditions under which the Congo could require—if they so wished—the physical transfer of the objects to its territory.

The second category includes objects for which we know they have been legitimately acquired. These are obviously kept in the public domain of the state, within our collections. 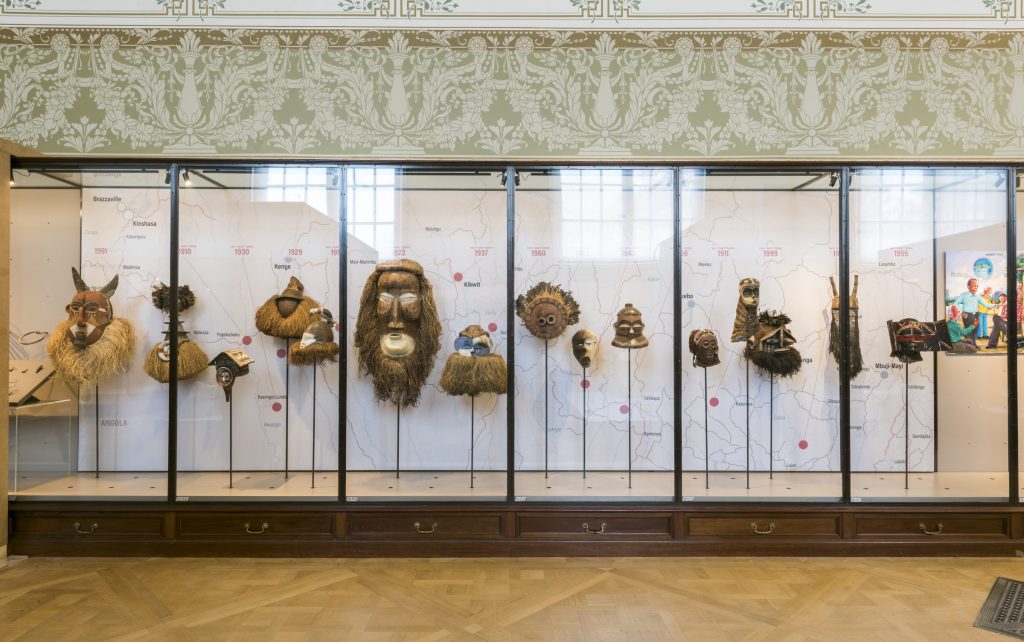 The third category includes objects where it is not clear if they were acquired illegitimately or not. Regarding these objects, it will be necessary to accelerate the studies of provenance with scientific teams from both nations. Objects awaiting investigation or those whose investigation would not make it possible to determine the legitimate or illegitimate nature of the acquisition would be alienable, which would symbolically distinguish them from legitimately acquired objects.

We cannot change the past, and Belgium will have to live with this troubled colonial history and heritage. However, it is our collective responsibility to act on the present in order to modify our future and that of the coming generations—here in Belgium, but also in Congo. Colonization and certain abuses committed in this context have long deprived generations of Congolese of access to their heritage, history, culture, creativity, and to the spirituality of their ancestors.

Through this work on restitution, we want to engage in this direction—hand in hand with the Congolese people.