Studio Visit: German Artist Markus Lüpertz Is Painting Pictures of Arcadia and Drinking the Best Wine He Can Find


With a 60-year career behind him, German painter Markus Lüpertz is one of the most influential artists of postwar Germany.

In recent years, he has had major retrospectives at Munich’s Haus der Kunst (2019) and the Hirshhorn Museum and the Phillips Collection in Washington, D.C. (2017).

The eccentric painter—a literal Bohemian born in Liberec in 1941 in the present-day Czech Republic—has been working for four years in studios in Germany and Italy on the works that he is preparing to show at Michael Werner Gallery in London. The works combine Southern and Northern European painting traditions, from Renaissance paintings to Greek statuary, and revolve around the theme of Arcadia, a pastoral utopia that is at once ancient and contemporary.

We caught up with Lüpertz at his studio in Märkisch Wilmersdorf, Germany, where he told us about taking inspiration from Old Masters, his love of jazz music, and how much he loves a good bottle of wine. 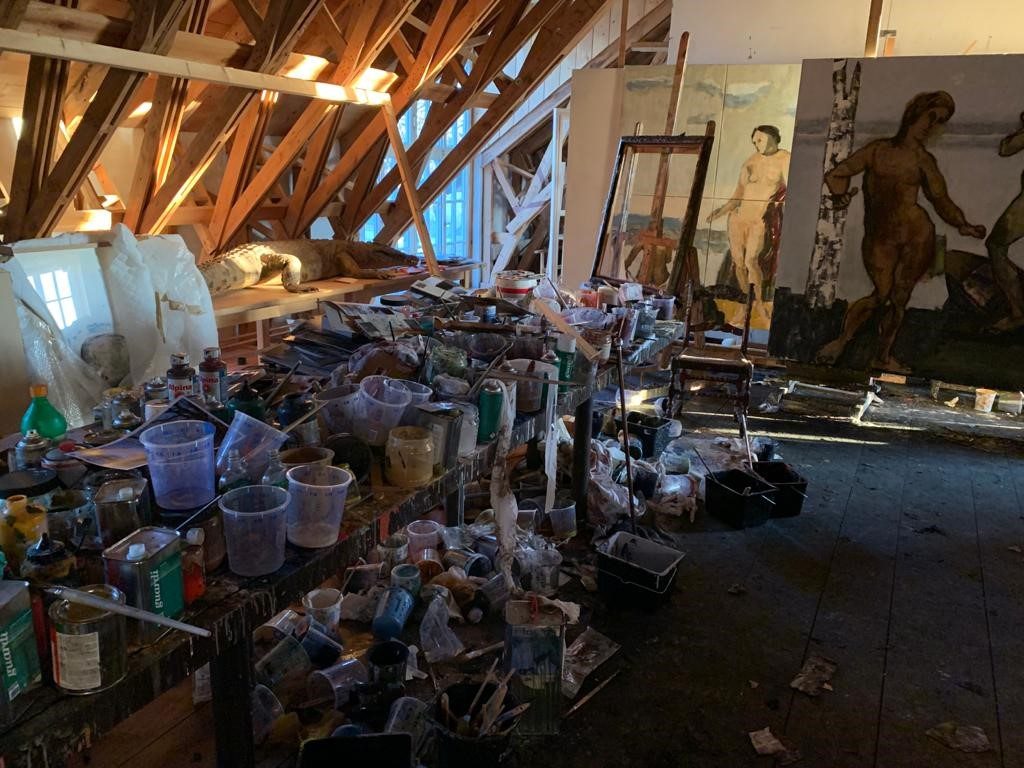 What are the most indispensable items in your studio and why?

Foremost are my painting tools, a table where I hold my drawings, crayons, brushes, and paints, and a chair so I can step back and look at the work in progress from a distance. Then, natural daylight with northern exposure—just the essentials you need to get to work.

I often work on several canvases simultaneously. Our times stymie imagination with media overload, so I don’t have a cell phone—never had. There is no outside distraction. I work diligently all day. Inspiration comes through the work and process itself, so you can find me in the studio early in the morning throughout the day, working like an artist in a classic 19th- or 20th-century studio. My job as painter is to reveal the world as I see it.

Is there a picture you can send of your work in progress?

This is my studio last fall preparing for the upcoming exhibition at Michael Werner Gallery in London. The show focuses on the theme of Arcadia, a classic, pastoral utopia. 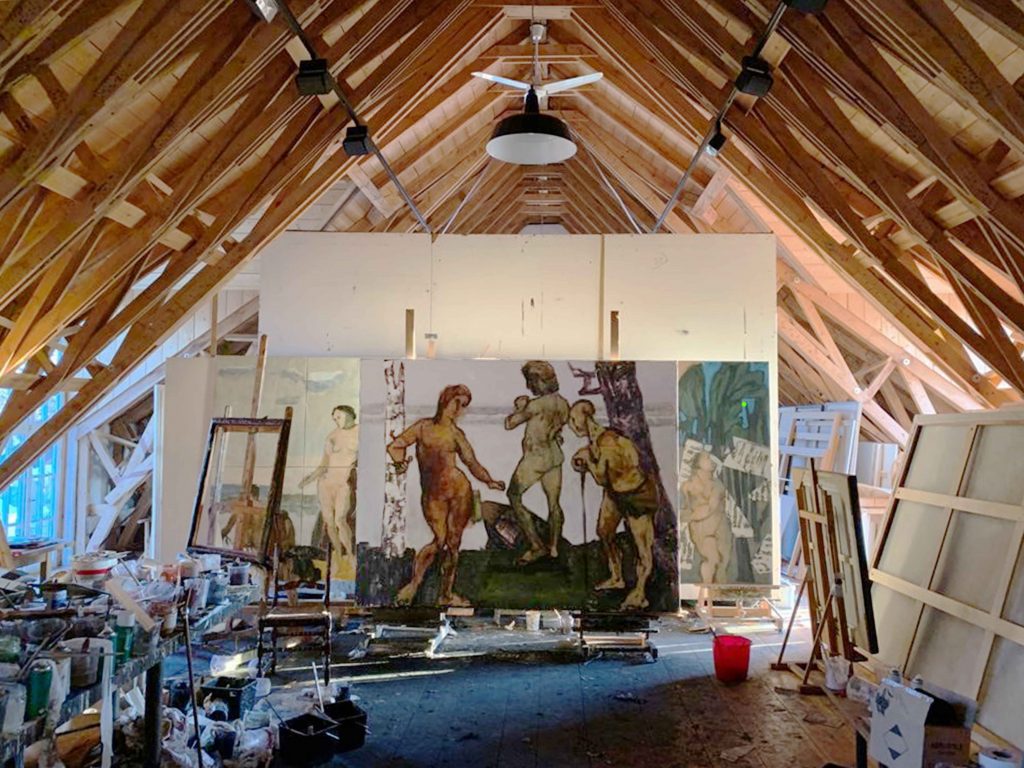 What is the studio task on your agenda tomorrow that you are most looking forward to?

In my early work, I wasn’t as concerned with populating the horizon in my paintings; that only came later when I turned to bronze. When you populate a horizon, you have a sky and the earth, so you put objects there. On Earth, you have the devil and the humans and your imagination. And in the sky, you have floating objects. It’s all just a game. So I work between two studios: the painting studio and the plaster and bronze workshop. In this sense, tomorrow is a continuation of today, letting my imagination either transform the canvas, or take shape in space.

I am a classic and actual Bohemian, a man of the humanities. The visual arts were and are always part of the performing arts, and all are important to me: poetry and literature, and music, opera, operetta, jazz.

Since 2003, I have published the magazine Frau und Hund which also includes some of my own writings. And I am also a jazz musician, regularly playing the piano. I have designed several sets for opera, and so music is often part of my studio practice. 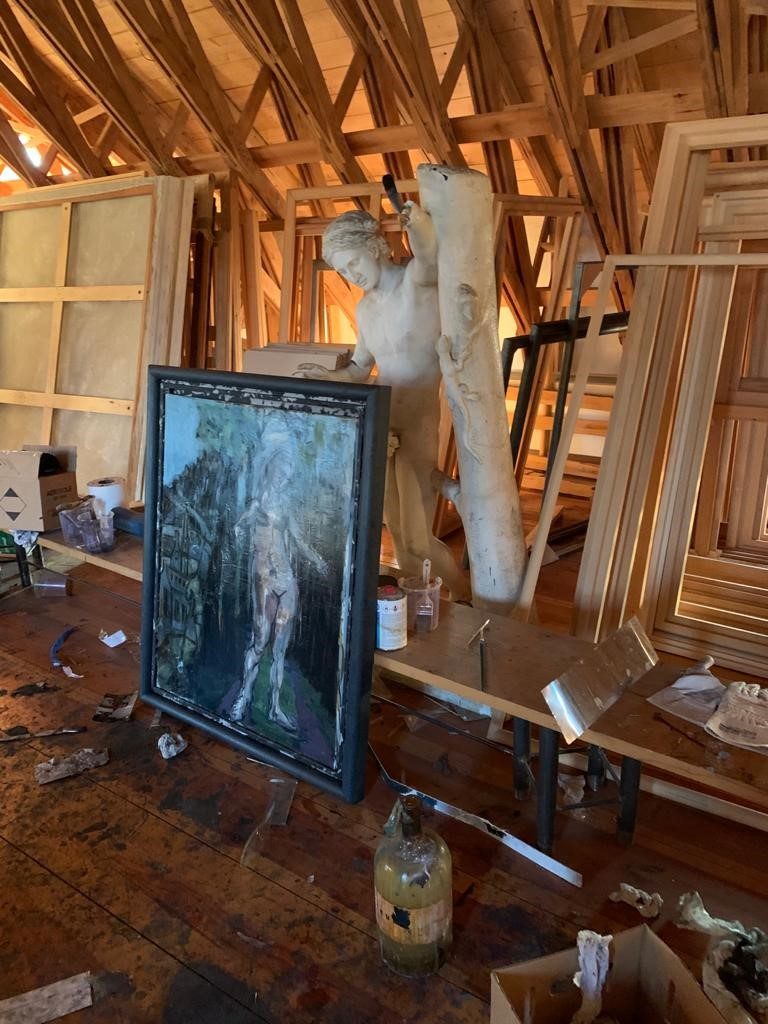 Since the 1960s, we have seen a lot of isms, like the avant-garde. I have a theory that avant-gardism as a whole kept painting from developing further. Avant-gardism opened up painting, and that was a truly important epoch in art history. For a specific period of time that was necessary, as a liberation from politics, religion, academicism, all these things. But avant-gardism, like everything revolutionary, has become entrenched and therefore bourgeois. Today, avant-gardism has become a credo with its own rituals.

I strive to move past that and define something new and unique. For this, I often look back at Old Masters, [whom] I navigate between in order to arrive at a very specific visual language, a visual language of our time. I try to discover paintings where I think they’re hidden.

What snack food could your studio not function without?

I would never neglect a very good bottle of wine, but usually after dusk. Or a classic beer shared with friends playing skat. 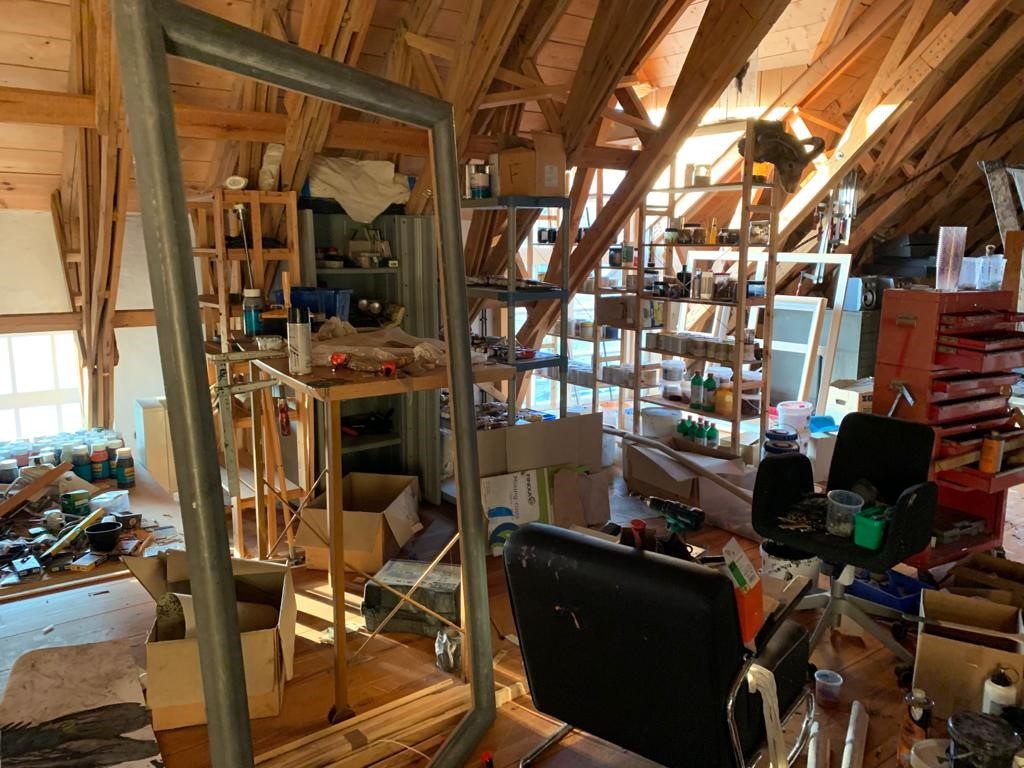 Who are your favourite artists, curators, or other thinkers to follow on social media right now?

I don’t use social media, although you could certainly consider me social.

When you feel stuck in the studio, what do you do to get un-stuck?

I travel to workshops or change the studio. Travelling south to Tuscany to observe the way the sun hits the Italian landscape changes my perspective.

What is the last exhibition you saw (virtual or otherwise) that made an impression on you?

The works in the London show include references to a recent visit to the Rijksmuseum in Amsterdam. There is always a Vermeer, Rembrandt, Gentileschi, Füssli, or Poussin waiting to enthral me. 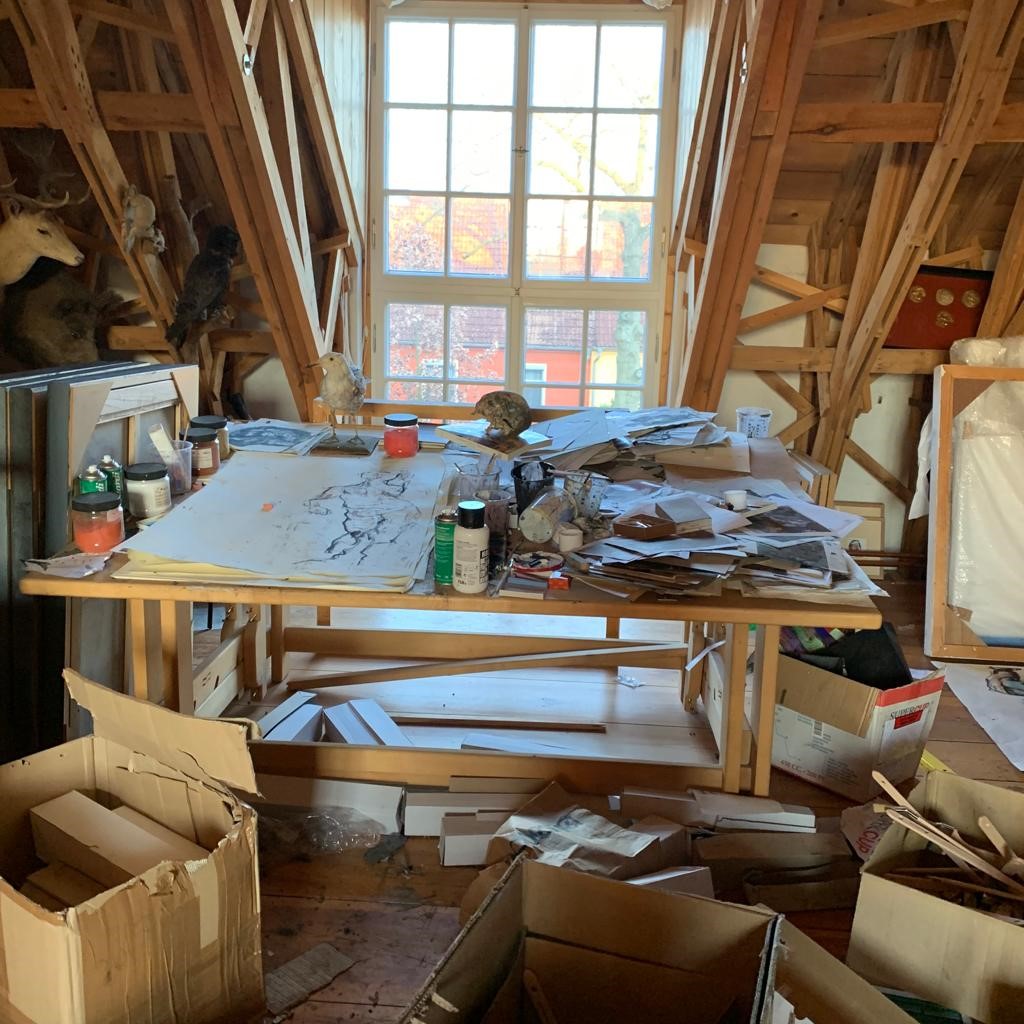 If you had to put together a mood board, what would be on it right now?

My worktable in the studio is my mood board, you can find everything there that I need to get to work. The rest is in my head.

“Markus Lüpertz: Recent Paintings” is on view at Michael Werner Gallery, London, April 12 through May 15.