Sotheby’s Impressionist and Modern art evening sale capped off a marathon night that saw collectors welcomed back to its New York salesroom for the first time in over a year.

The offering of 33 lots (one was withdrawn just prior to the sale) pulled in a solid total of $221.3 million, just under the original high estimate of $222.8 million. (The estimate was revised downward after the withdrawal, to $166.9 million–219.3 million.) Of the lots offered, 31, or 94 percent, found buyers.

These final results belied uneven appetites. Aside from intense competition for a handful of star lots, particularly from Asian buyers, the action was unpredictable. Certain works sold far below their estimates, suggesting some reserves had been lowered in the lead-up to the sale due to lackluster interest. (Unless otherwise stated, final prices include auction-house premiums; presale estimates do not.)

The top lot of the evening, Claude Monet’s Le Bassin aux nymphéas (1917–19), sold for $70.3 million, well over its estimate of around $40 million. That’s more than four times the $16.8 million price it made at Sotheby’s in May 2004. This time around, the work went to a client of specialist Gregoire Billault in New York after fierce competition from Hong Kong. It is now the fifth priciest Monet ever sold at auction.

Art law specialist Thomas Danziger represented clients from the estate of Philadelphia philanthropist Tristram Colket, an heir to the Campbell’s soup fortune, who consigned four major works to the sale.

Danziger summed up the mood, telling Midnight Publishing Group News: “Generally good sale results, but hard to square the selling price of a spectacular Cézanne with the price achieved by a Bitcoin Banksy.” (He was referencing a $12.9 million Banksy in the contemporary sale that evening, which more than doubled its $5 million high estimate and marked the first time that Sotheby’s said it would accept cryptocurrency as a form of payment for a physical work.) 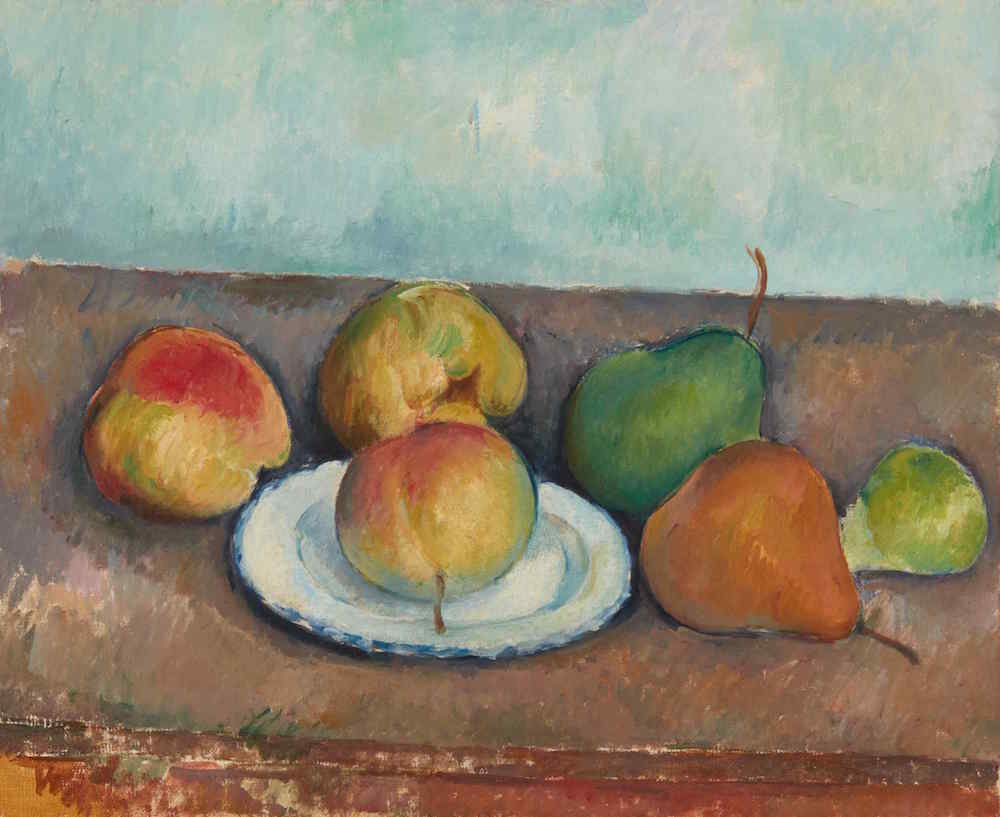 Two of Colket’s works, which did not carry guarantees, hammered below or near their low estimates. A Cézanne still life, Nature morte: pommes et poires (circa 1888-1890), sold for $19.9 million with premium, far short of its published $25 million to $35 million estimate.

The muted reception was similar for Colket’s Degas dancer, Danseuse (circa 1880–87), which sold for a hammer price of $10 million—exactly the low estimate—to a Sotheby’s specialist in London. Of the final two Colket works (both Monets), a landscape failed to sell and a floral still life sailed past its $6 million high estimate to fetch $10 million.

One of the rare works that sparked protracted bidding was Picasso’s Femme assise en costume vert (1953), a portrait of the artist’s lover and mother of two of his children, Françoise Gilot. Sotheby’s Asia chairman Patty Wong won it on behalf of a client for $20.9 million with premium. 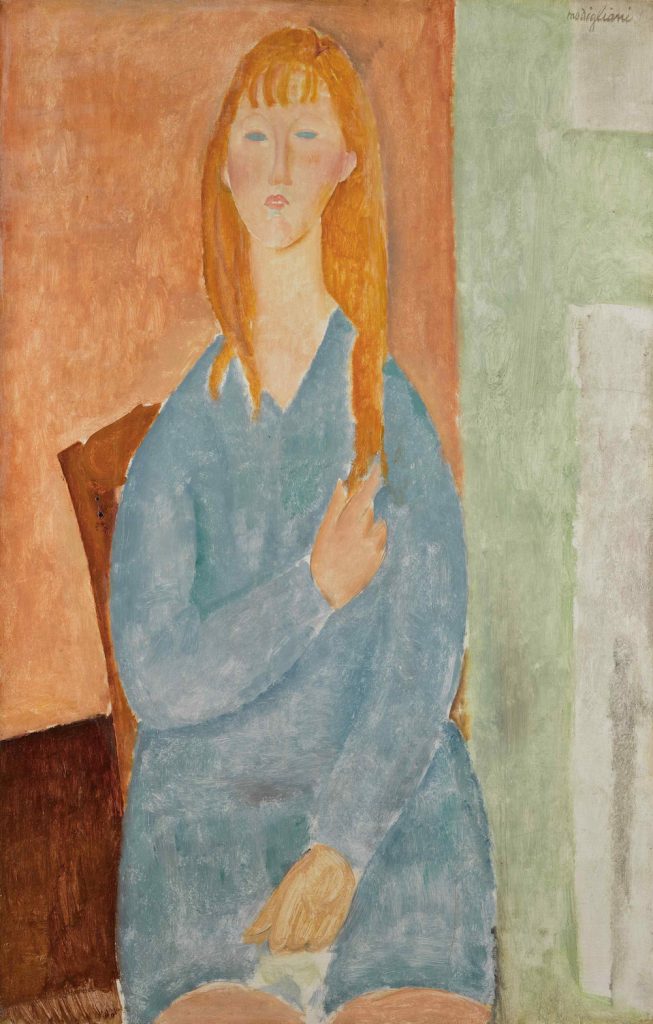 Toward the end of the sale, the intensity picked up again for a painting by Diego Rivera, Retrato de Columba Dominguez de Fernandez (1950). The final price with premium was $7.4 million, far above the $2 million to $3 million estimate.

Another notable element of the evening was the structure of guarantees—including the volume that Sotheby’s fronted itself and then farmed out to third parties to offload some of the risk. A week prior to the sale, just one of 10 guaranteed lots was backed by an outside bidder. That figure rose to 11 out of a total of 14 guaranteed lots by the time the sale kicked off on Wednesday. 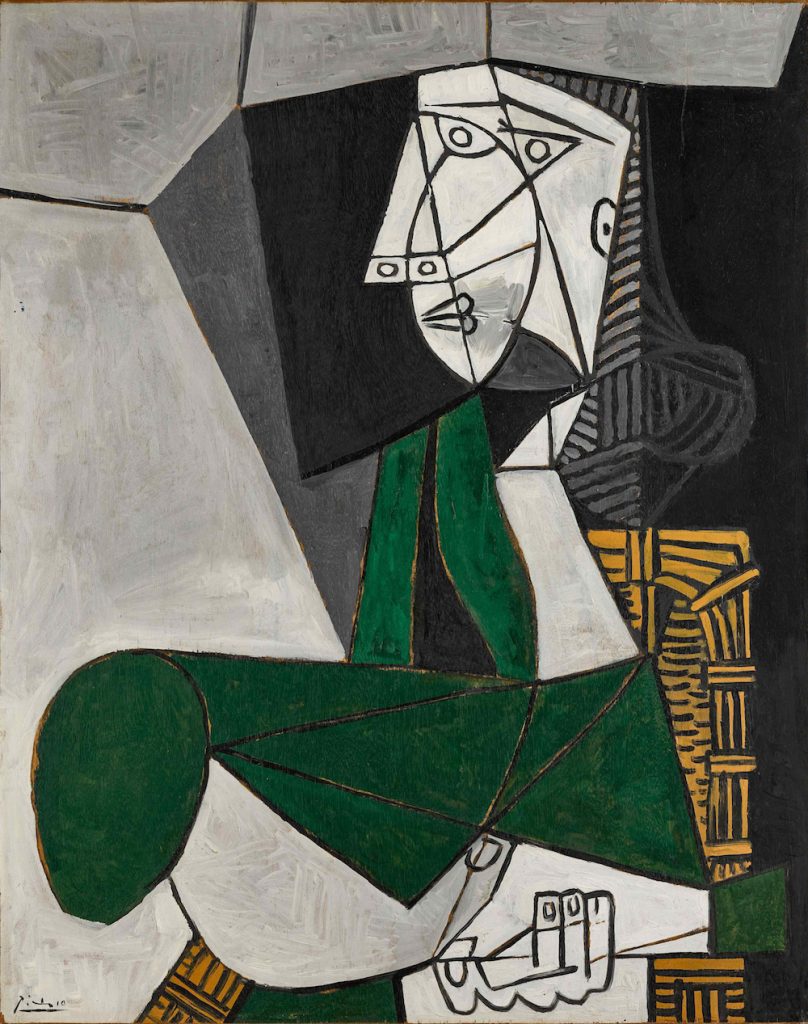 One of the works that secured a guarantee in the run-up to the sale was Amedeo Modigliani’s Jeune fille assise, les cheveux dénoués (Jeune fille en blue), which carried an estimate of $15 million to $20 million. It hammered for $14 million after protracted competition between two specialists, including Helena Newman in London, for whom it was almost breakfast time as the sale came to a close.