Phillips’s marathon sale of contemporary art, “New Now,” proved that the appetite for new art—even if it doesn’t come in the form of an NFT—is strong.

The five-hour sale, which featured nearly 200 lots, brought in $9.5 million, handily exceeding its high estimate of $5.2 million. (Final prices include auction-house premiums; estimates do not.)

The results, which included 20 new artist records and strong prices for figures including Matthew Wong, Hernan Bas, Katherine Bradford, and Vaughn Spann, demonstrated the “resilience and fortitude of the middle market,” says Patrizia Koenig, who recently took over as head of New Now in New York. Bidders from roughly 60 countries participated online and over the phone.

A work by Matthew Wong, the Canadian painter who died by suicide at age 35 in 2019, topped the sale, which will not surprise market observers who have watched prices for his intricately rendered landscapes skyrocket over the past two years. 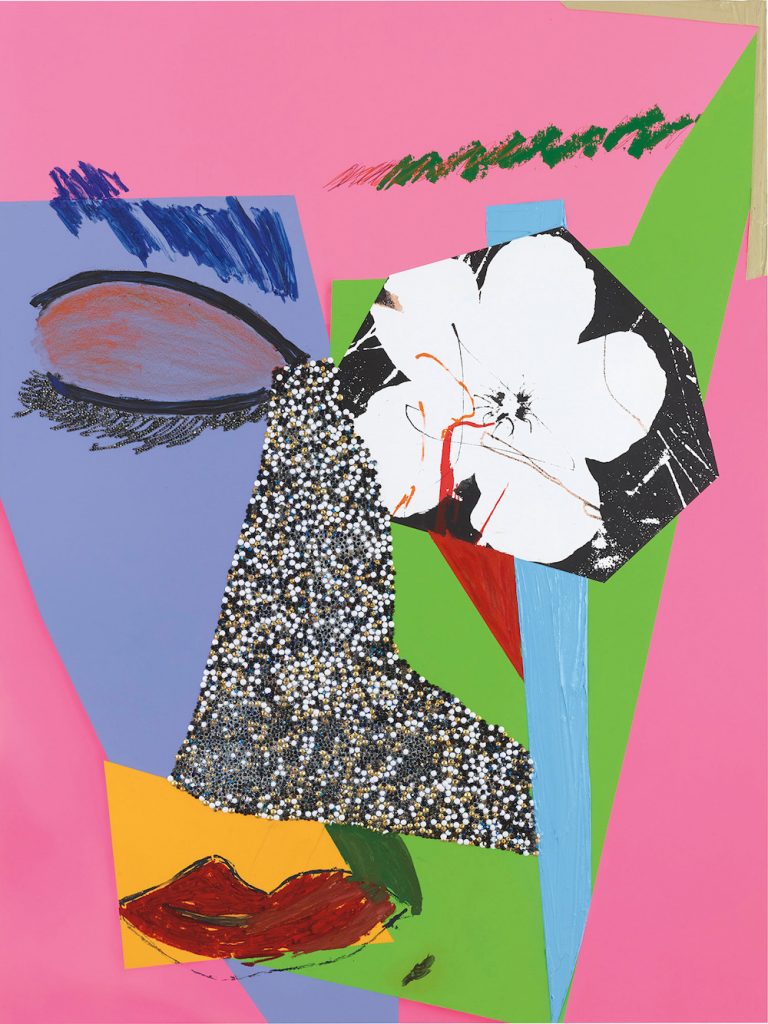 A new auction record was set for Hernan Bas, when Downhill at Dusk (The Runaway) (2008) sold for $352,800 (estimate: $70,000–100,000). Ahead of the sale, Koenig described the lush painting as “an otherworldly landscape that encompasses so much” of what people seek in this particular artist. (A portion of the proceeds from the sale went to benefit the World Wildlife Fund.) 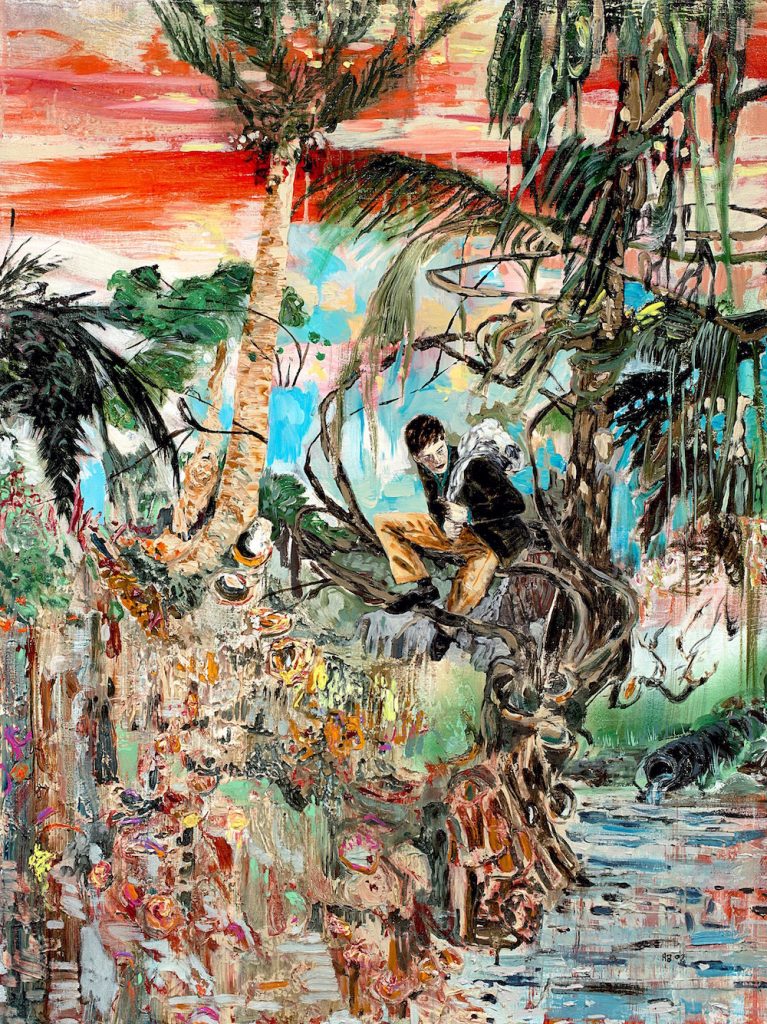 Bas has been attracting a lot of attention of late, and it was just a year ago, in February 2020, that Phillips secured his previous record of $309,567 for Cannibalistic, noisy and abusive, but picturesque and popular withal (2011) at a London sale.

Koenig credited Articker, a market-tracking tool that the auction house introduced last year, with helping her identify buzzed-about artists in the absence of art fairs and openings. One such figure was Allison Zuckerman, whose fusion of digital imagery and art-historical references earned her a prestigious residency at the Rubell Collection in 2017 and a devoted following among younger collectors. Tavern Song (2018) marked her debut at auction, which shattered expectations by selling for $93,240, well over its high estimate of $15,000. 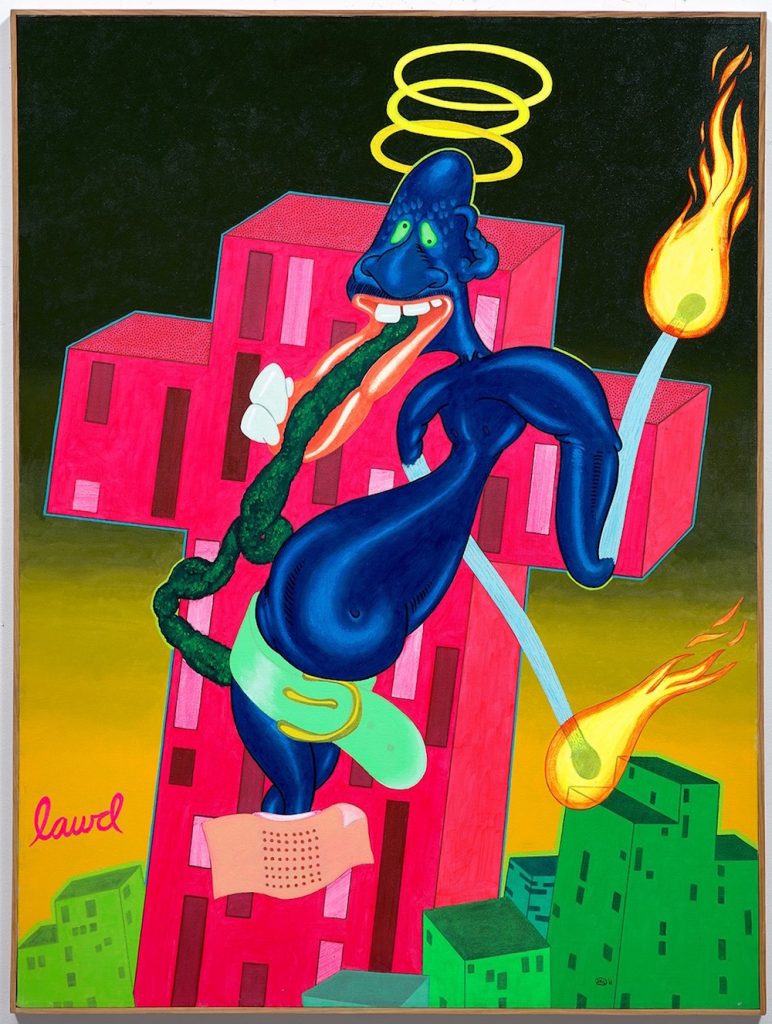 Among the more established contemporary names on offer was Peter Saul, whose often divisive paintings got a fresh perspective and a jumpstarted market after a well-received show at the New Museum last winter. A classic late 1960s work, Lawd (1968), sold for $239,400 (estimate: $125,000–150,000), a solid total that also suggests less speculative furor than for some of the less tested names in the sale. 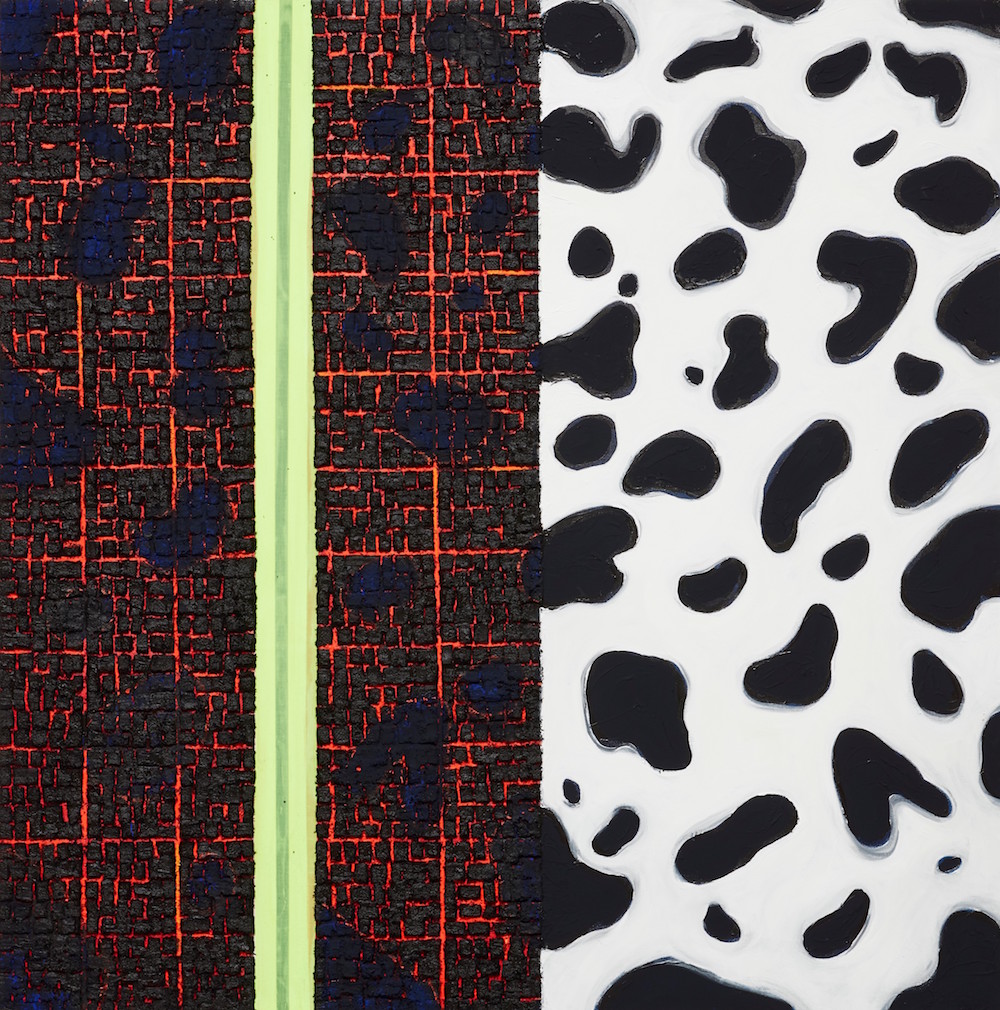