Running a Famous Artist’s Estate Is a Maze of Infighting and Deal-Making. Here’s How the Rothkos and Other Families Did it


When artist Robert Indiana was on his deathbed, lawyers for the Morgan Art Foundation, which holds the copyright to some of Indiana’s most famous works, were busy filing a lawsuit against the foundation Indiana had named as the sole beneficiary of his estate. Three years and millions of dollars in legal fees later, the dispute between the two parties was finally settled this June, but not before the confusion over who had authority over the work had a chance to upset Indiana’s market, as well as cast shadows on his artistic legacy.

The debacle wasn’t the first, nor the last time, the transfer of an artist’s estate has been embroiled in controversy. Artists rarely leave a crystal clear path for the direction of their legacy after their deaths, such as a framework for authenticating their work or clear instructions on who should have authority over their market.

And when money is involved, there is little way of knowing who really has the artist’s best interests at heart. As a result, the responsibility for interpreting these complex questions often falls to whomever inherits the estate, regardless of how well-equipped they are to deal with it.

“I never expected to do this work, and it wasn’t required that I do it either,” said Christopher Rothko. When his father, Mark Rothko, died in 1970, shortly followed by his wife Mary, V was just six years old. The value of Rothko’s work skyrocketed nearly overnight—prices more than doubled after 1971—and his heirs were left with questions over who to trust to manage their father’s artistic legacy when interested market parties were involved. After all, the business of contemporary art is sizeable, but the business of artists’ estates—when a finite supply of artwork meets the demand of the market—can be even bigger. 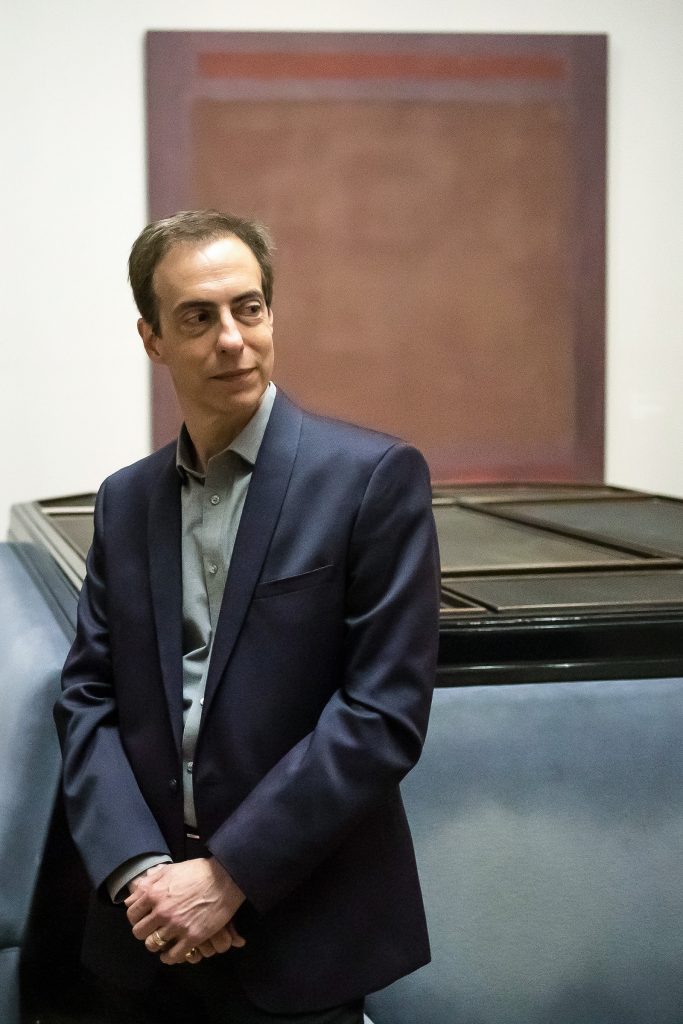 “I was young and didn’t have much knowledge of how galleries operated,” said Kate Prizel, Christopher’s older sister, who was 19 at the time of her father’s death. “That came with the lawsuit.” A year after her father’s death, Prizel sued the artist’s longtime gallery, Marlborough, to secure the return of a large body of work, despite an agreement that had granted the gallery exclusive rights to sell them.

The children accused the estate’s executors and the gallery of conspiring to defraud them out of their share of the estate by undervaluing work while Rothko was alive and stockpiling paintings. A court eventually concluded in 1975 that there was a conflict of interest, and ordered Marlborough to pay more than $9 million in damages and costs, and return the 658 Rothko paintings still in its possession.

The experience was a valuable lesson for the Rothko children, who have both embraced the challenges of being closely involved in the management of their father’s estate. “We really wanted to limit the role of the gallery after Marlborough,” said Prizel. “We needed to develop a level of trust and didn’t want to work exclusively with anyone anyway,” she added.

Pace Gallery has been the primary venue for selling Rothko’s work since 1978, and will show a retrospective this fall. Despite the arrangement, Rothko’s children have always kept a tight grip on their father’s market. “While we do not control the secondary market, we set the price for our own works,” said Prizel.

“Sometimes we would bring an unusual work for sale, or something that had not been sold before, and we would create a market for it,” Christopher Rothko added. “For the rest, we keep track of prices and auction results from afar. I never set foot in an auction house.” 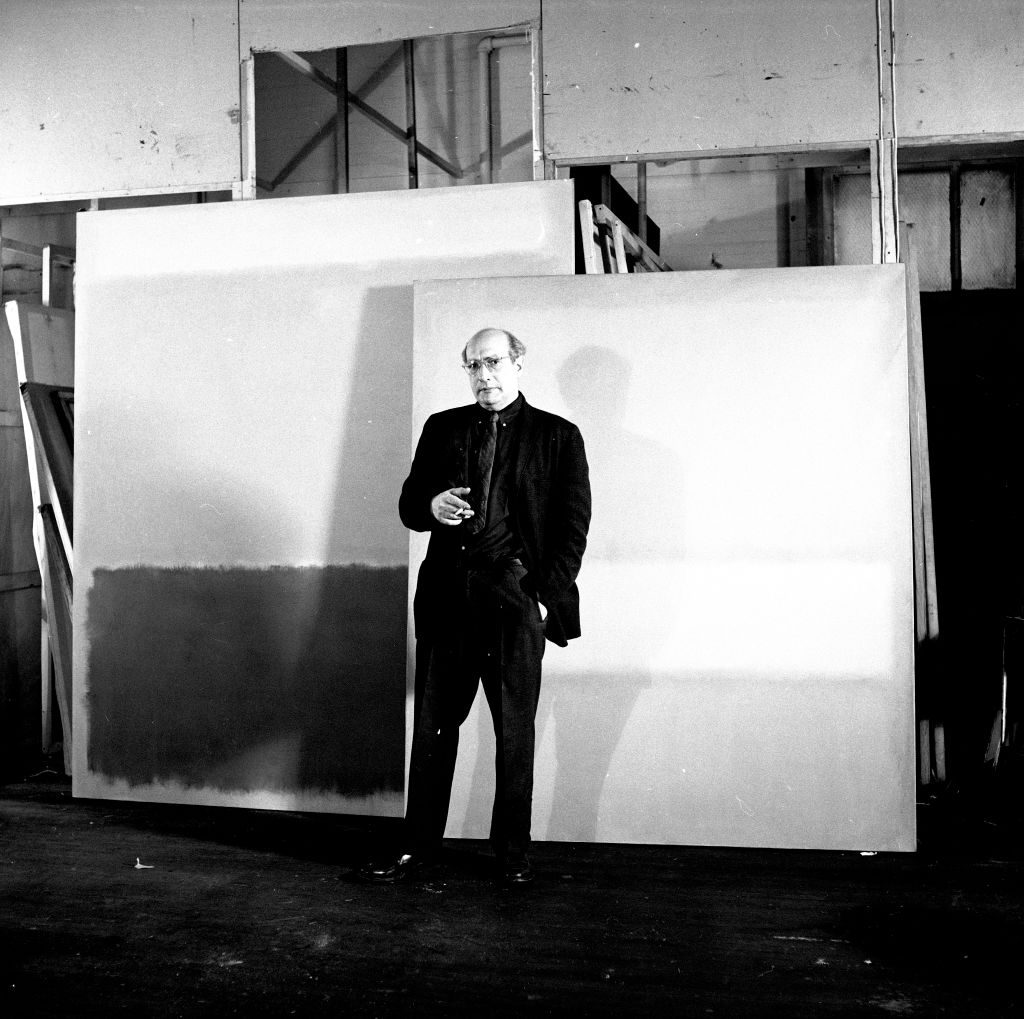 The Importance of Trust

Other heirs have not found it so easy to control the direction of their parent’s legacy. Sometimes, this has been because the artist implemented more rigid structures before their death. Henry Moore, for example, established a charitable foundation to which he conferred ownership of all of the works he produced in exchange for an annual salary. After Moore’s death, his daughter Mary took the Henry Moore Foundation to court over ownership rights to some of the work when she disagreed with the foundation’s plans to expand the artist’s family home, which she felt was not in line with what her father would have wanted. She lost.

Elsewhere, family in-fighting has done more harm to the legacy than good. In Germany, the descendants of Bauhaus artist Oskar Schlemmer fought each other so often in court it prevented pretty much all publications, exhibitions, and comprehensive academic research. “It ultimately reduced access to the work,” said Loretta Würtenberger, co-founder of the Institute for Artists’ Estates and author of The Artist’s Estate: A Handbook for Artists, Executors, and Heirs. According to Würtenberger, a successful estate must involve new generations of collectors, academics, and curators who will have fresh views of the work. “That can only work with a certain freedom, like opening the archives and letting people publish their own findings,” she added. 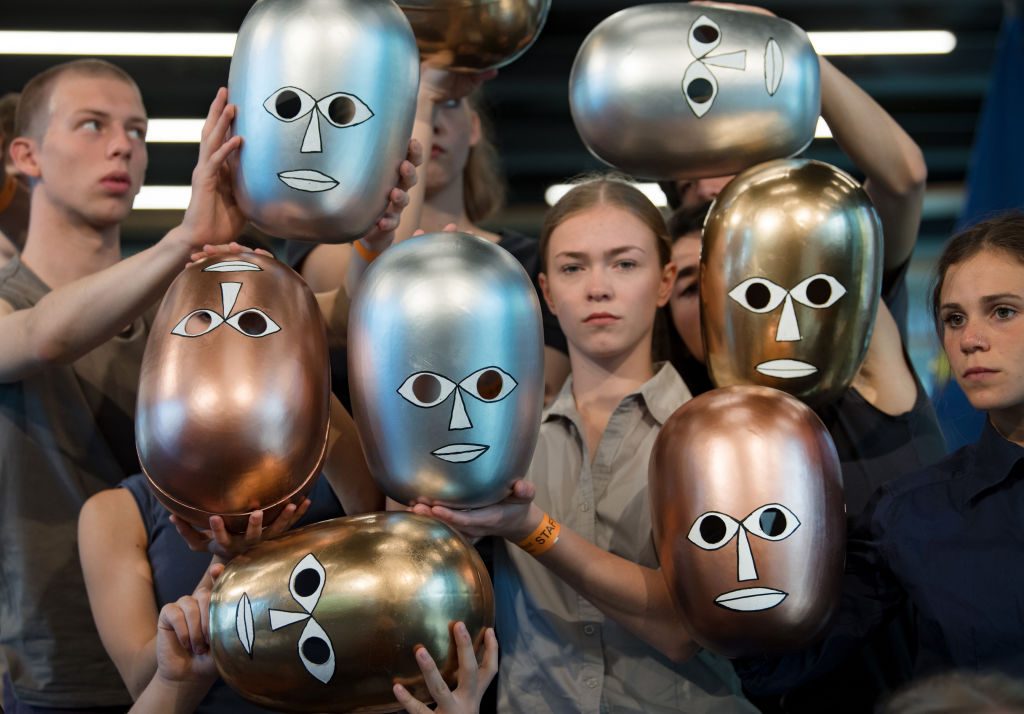 Students dance to the opening of the Bauhaus Museum Dessau with stage masks, which go back to Oskar Schlemmer and the Bauhaus. Photo by Hendrik Schmidt/picture alliance via Getty Images.

As one end of the gallery market has swelled to mega proportions, many galleries have developed machines that are well-equipped to deal with the sophisticated questions faced by those entrusted with an artist’s estate. These big businesses know exactly how to encourage new scholarship, secure museum placements, and manage the flow of works to the primary market that will ultimately benefit an artist’s historical legacy. Meanwhile, securing the trust of the heirs to gain representation of an artist’s estate and its inventory can pay off big time.

That’s exactly what Galerie Perrotin has been banking on. After abstract artist couple Hans Hartung and Anna-Eva Bergman died childless, a foundation was set up to manage their estate. Through his work and research, French scholar and curator Matthieu Poirier got acquainted with the Foundation Hartung Bergman, and in 2012, when it was looking for a new gallery, Poirier introduced them to Emmanuel Perrotin, for whom he had previously curated a show of Jesus Rafael Soto’s work.

“Emmanuel immediately offered to put on a museum-like show in his space. He also asked MoMA for loans, simply because I told him it was needed,” Poirier said. “Very few places have the will and manpower to care for estates the way he does.” The gallery was eventually rewarded by signing contracts to represent both estates. Between 2012 and 2016, three Hartung paintings sold at auction for at least $300,000. Between 2017, the date of the Hartung exhibition at Perrotin, and 2021, the record grew five fold, according to Midnight Publishing Group’s Price Database.

Hauser and Wirth is another European mega-gallery that has been rapidly expanding its roster of artist estates, which today weigh in at 37. Last November, it announced that it would start working with the estate of François Morellet.

The French artist had signed over sole ownership of his estate to his wife Danielle before he died in 2016, which his son, Frédéric Morellet, said was to ensure there were no arguments over the inheritance rights. “My mother was the sole owner of the estate,” Morellet said, adding that for this to work, he and his two brothers had to give up their own inheritance rights. Danielle and Frédéric have been managing the legacy since then.

The Morellets were introduced to Hauser and Wirth by a mutual friend at a time when the family wanted to simplify the organization of the estate, paving the way for the next generation to eventually take over. Frédéric Morellet said the opportunity was too good to pass up: “We were convinced that amongst the mega-galleries, they were one of the most respectable and prestigious ones, and that they would be able to secure Morellet’s legacy in art history.” 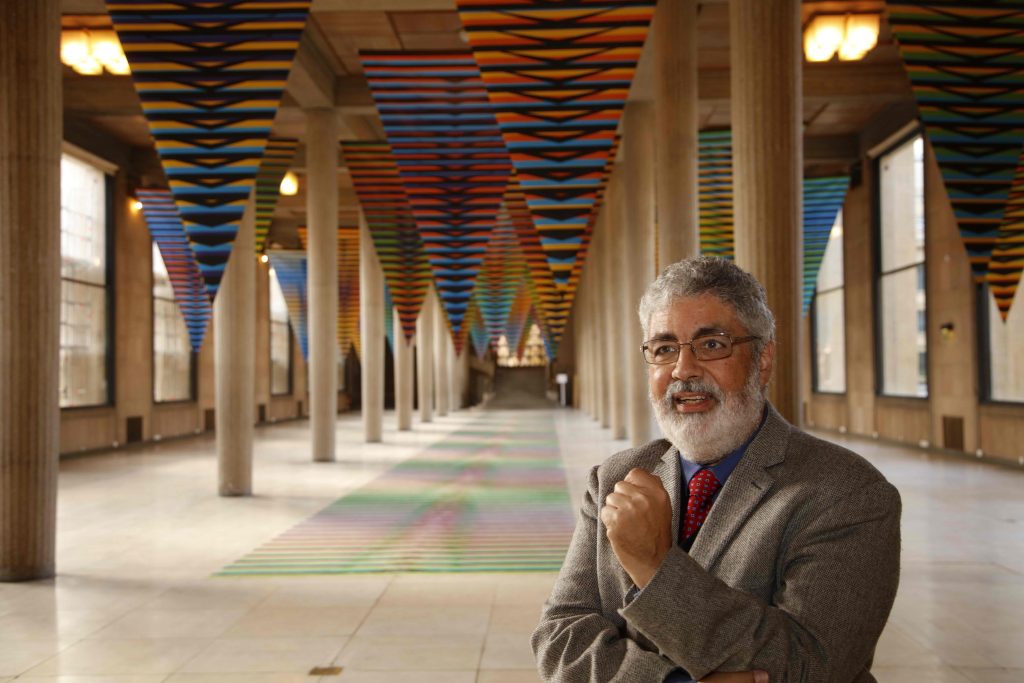 While facing-up one’s own death can be daunting, the historical record has shown that investing time in estate planning will ultimately support the market and in turn an artist’s place in art history. And contemporary artists working today seem to be taking their own legacies more seriously than ever. The British Abstract painter Frank Bowling has had one eye on his legacy for several decades. Among his preparations for the future were a late-career switch in galleries to Hauser and Wirth, and sending his sons to take a crash course in estate management.

Before he died, the Venezuelan Op artist Carlos Cruz-Diez was also keen to secure his artistic future. “My father was very articulate about his wishes for his legacy,” said Carlos Cruz-Diez Jr., who is one of several artist’s children taking part in a talks series on the topic at Newlands House Gallery in Sussex, U.K. He added that the discussion started after his mother died, when his father was 81 years old. They established the Cruz-Diez Foundation in 2005 to preserve a collection of works selected by the artist, with the clear mission of preserving and promoting his life and work. “My father was involved in the foundation’s projects just as much as he was in his studio,” Cruz-Diez Jr. noted.

By the time the artist died in 2019, the family had been working together for several decades. The estate and the foundation are still run by family members working together with a select few galleries to promote the estate around the globe.

“Managing the commercial aspect of my father’s work is a collaborative effort. As owners of the works, the family has the last word on the number of works available and establishing prices,” Cruz-Diez Jr. said. “Our commercial partners enrich our process with their knowledge of the market and help us maintain the delicate balance between supply and demand.”