Phillips’s “New Now” contemporary art sale in London on July 13, which featured an eclectic mix of artworks by emerging, buzzed-about artists alongside established blue-chip names like Andy Warhol, Banksy, and KAWS, pulled in a sturdy £6.4 million ($8.8 million), the highest total for a Phillips London sale in the category.

The intermingling of well-established with new names in a single auction tends to lead to a clear split between the top prices, with the more recognizable stars bringing in more cash.

But the Phillips sale was something of an exception: while the top lots of the night were by Warhol and KAWS, much buzzed-about figurative artists like Genieve Figgis also made big splashes, and nearly 20 auction records were set for living artists, including Josh Smith, Ryan Gander, and Oli Epp. 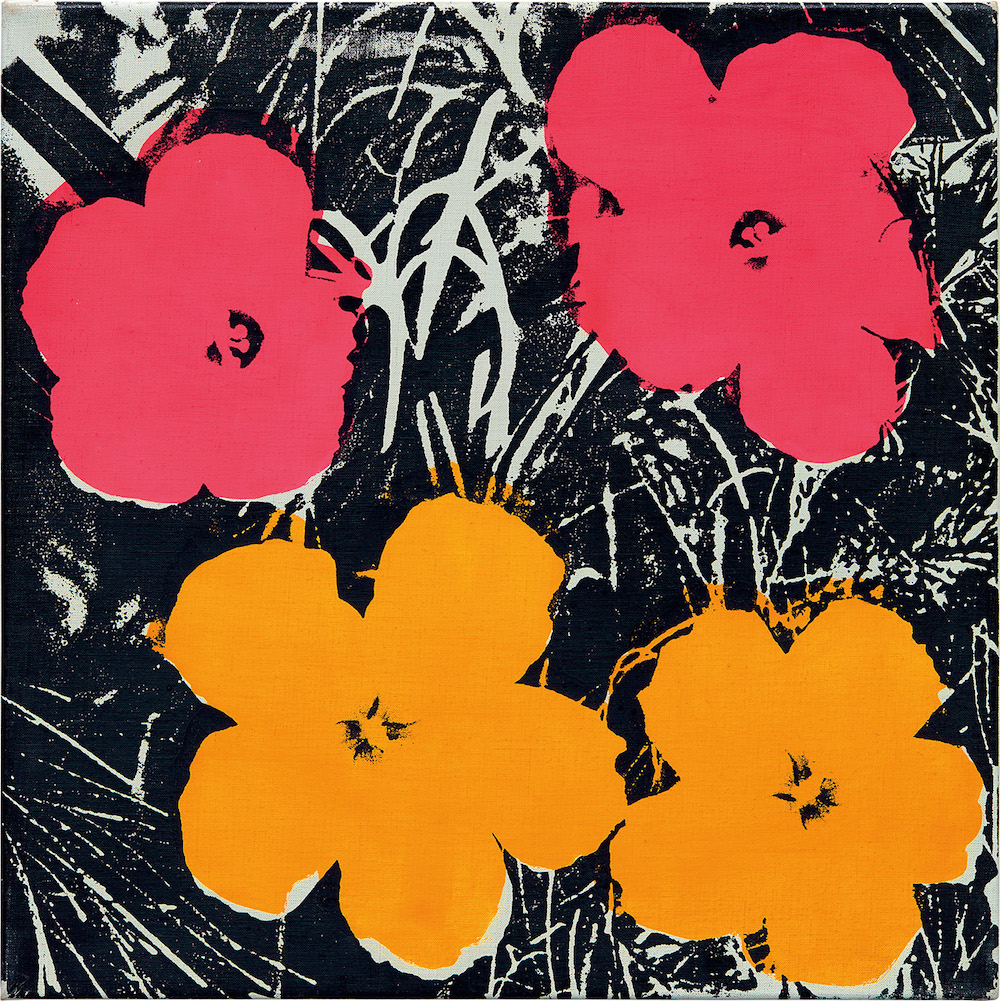 Of 224 lots offered, 198, or 86 percent, were sold. By value, the auction was 94 percent sold, a reflection of the number of lots that brought over-estimate prices.

“The strength of the market was demonstrated through the enthusiasm and depth of bidding from bidders across 48 countries worldwide,” said Simon Tovey, the London-based head of the sale. He noted that six artists made their debut onto the secondary market.

The second-highest, though far lower, price was for an untitled painting by KAWS featuring Star Wars character C3P0 sporting a signature KAWS animated head with X’s for eyes. It sold for £352,800 ($488,804), just a notch over the high £350,000 estimate.

Banksy’s Love Is In The Air screenprint (2003), depicting one of the artist’s best-known images (a masked figure about to launch a bouquet of flowers as though it were a molotov cocktail) sold for £214,200 ($296,774), also meeting its estimate including the premium. (Final prices include buyer’s premium unless otherwise noted; estimates do not.)

A new record was set for Josh Smith, an artist who works with collage, sculpture, and printmaking in a style that mixes abstraction and figuration. Though he first became recognized for canvases that depicted his own name in expressive loops and swirls, many of the recent works are of Expressionist-style palm trees against sunset backdrops. 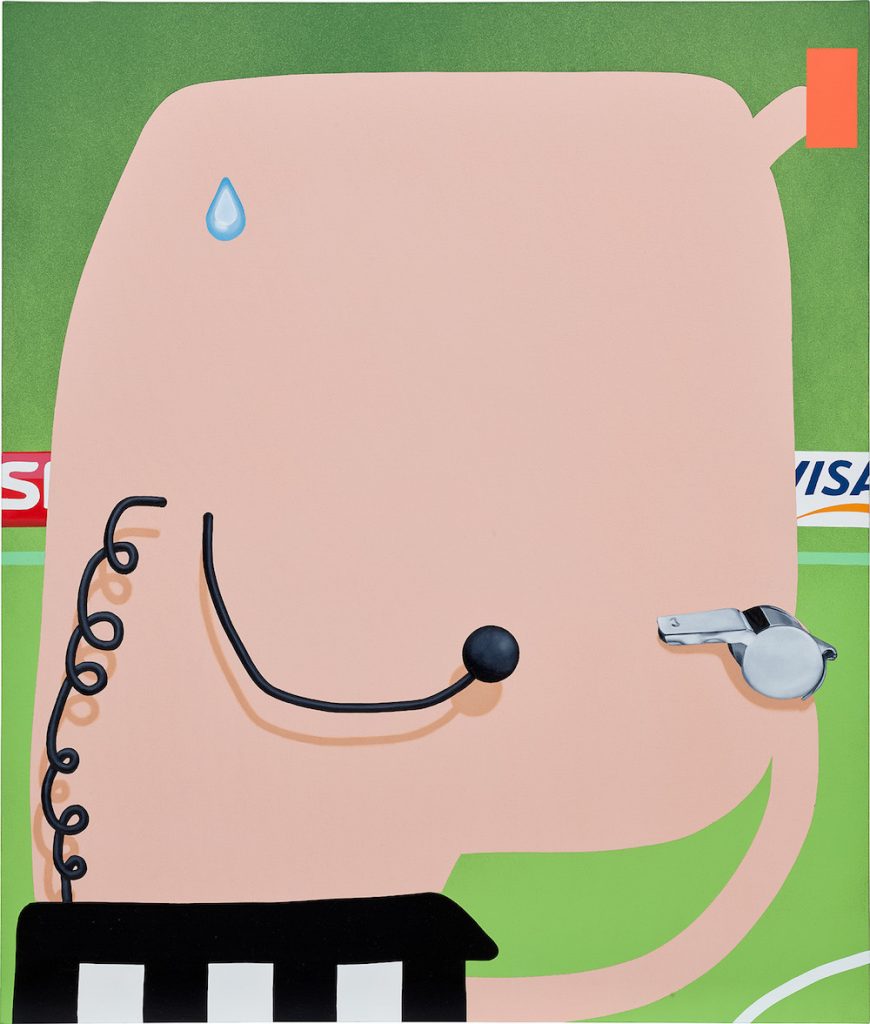 The sale featured a number of African artists and artists of the African diaspora, some of whose works were sold to benefit the Africa First Artist Residency Program, with almost £220,000 ($305,000) raised in total.

Outside of that group, there were a number of works by African artists painting in the last half decade that were sold from galleries on the primary market not long ago. 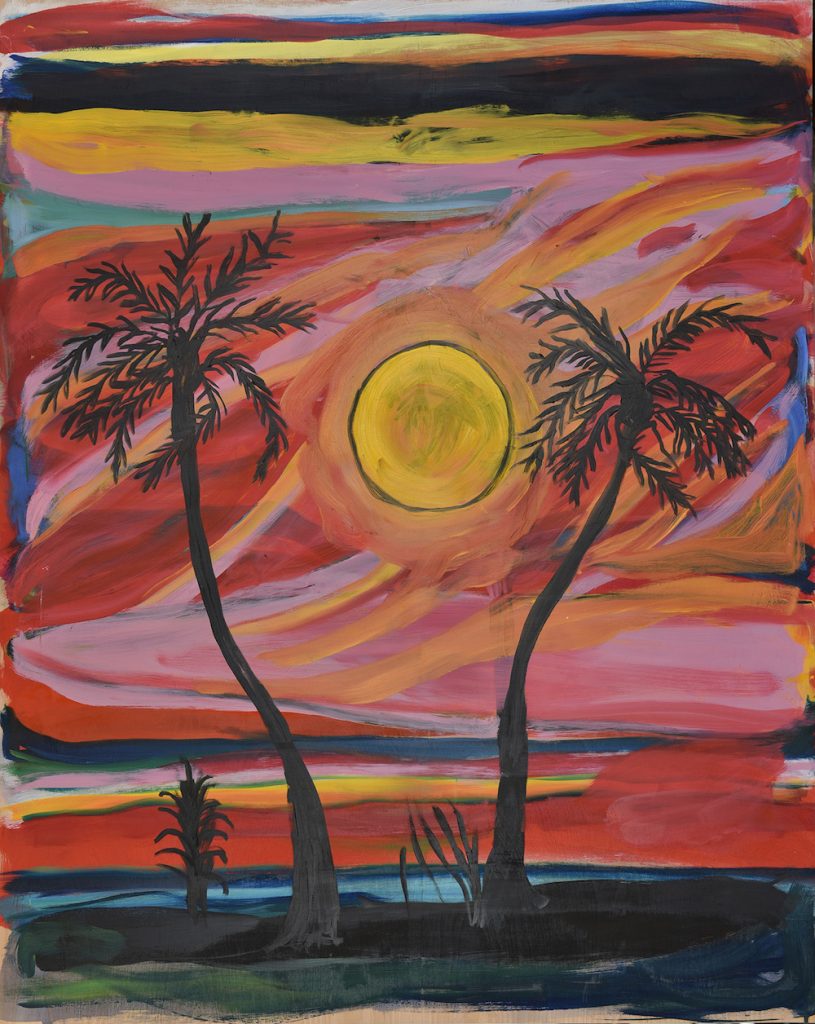 The sale also featured a special charitable component organized by fashion designer Stella McCartney, who, during lockdown, reached out to 26 artists, colleagues, and friends to select and visualize letters from the alphabet to create a “McCartney A to Z Manifesto.”

Each artist was given absolute freedom to reimagine their own letter and to select their own charitable cause. Hajime Sorayama selected Médecins Sans Frontières Japan and Cindy Sherman supported Planned Parenthood.