Patek Phillippe’s New Timepiece Pays Homage to the Golden Age of Aviation, When Watches Moved From Pockets to Wrists


Last fall, Patek Philippe introduced its latest-edition pilot’s watch, drawing inspiration from aviator-style wristwatches first invented in the 1930s. At the time, airmen needed a quicker, more convenient way to check the time, without having to reach for a pocket watch. In response, watches migrated to the wrist.

Originally launched five years ago, Patek’s Calatrava Pilot Travel Time watch has become one of the Swiss heritage house’s most popular pieces. And its newest version, the Ref. 7234G-001, is arguably one of the most well-crafted yet. 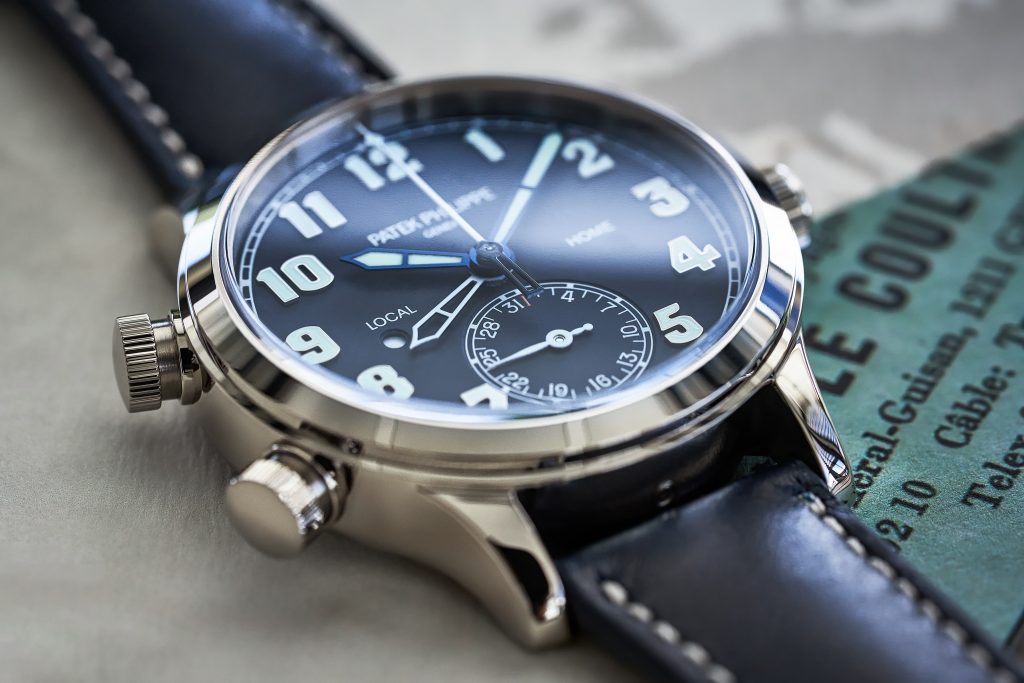 Unlike previous editions, the pilot-style livery is the focus of the timepiece, which features two time zones (in white or rose gold, and with two case sizes), as well as a grand complication with a 24-hour alarm. The design itself—optimized to show the time even at night, its face and numbers are coated with a glow-in-the-dark, white luminescent finish—includes a unisex fit featuring a 37.5-millimeter diameter face crafted from 18-karat white gold, gold Arabic numerals, a sparkling blue-lacquered dial, a slightly beveled bezel, a sapphire caseback, and a caseband that merges seamlessly with the watch’s strap lugs.

Meanwhile, the timepiece’s self-winding caliber 324 S C FUS movement consists of 294 tiny, hand-assembled parts and time zones can be adjusted easily using the two pushers located on either side of the watch’s face. Once fully wound, the movement will last for between 35 to 45 hours before it needs to be reset. 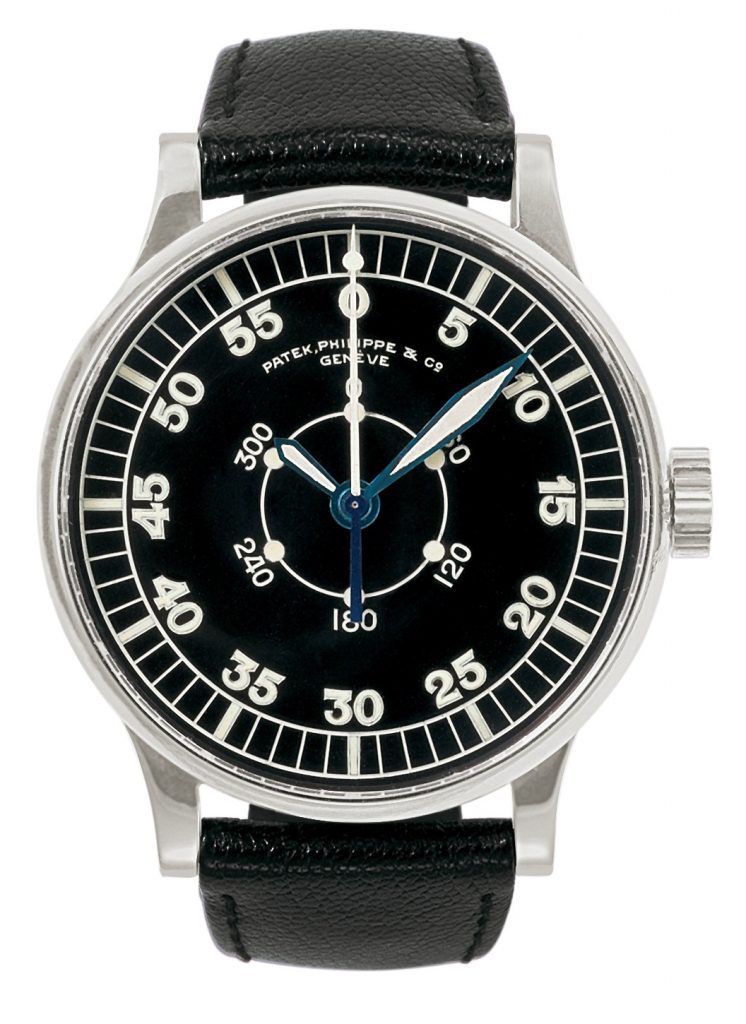 The timepiece, which was meticulously crafted using archival imagery of the house’s first pilot watches—some of which are currently on display at the Patek Phillippe Museum—sits on a shiny navy blue calfskin strap secured with a clevis prong buckle in white gold. The strap was inspired by old-timey harnesses that once allowed pilots to keep their parachute and survival kits readily deployable.

The up-to-60-meter water-resistant watch also comes with a second calfskin watch in vintage brown, which features contrast stitching reminiscent of the belts for classic pilot overalls. The watch retails for $48,495.