Rose of Jericho, Starry Night, essays by Susan Sontag. If Marina Abramović were to bury a time capsule today, those are some of the items she’d put in.

That’s the conceit of the performance art star’s upcoming show, “Traces,” a three-day experience in London that will take visitors on a journey through her life in five rooms.

Conceived as an immersive installation, each room will be inspired by an object or idea that, like the aforementioned herb and Van Gogh painting, has proven to be a particular influence on her work.

The pop-up exhibition, set to go on view September 10 through 12 at Old Truman Brewery in London, will also showcase two of Abramović’s earlier works—Crystal Cinema (1991) and 10,000 stars (2015)—before concluding with a new interview she recently recorded herself. 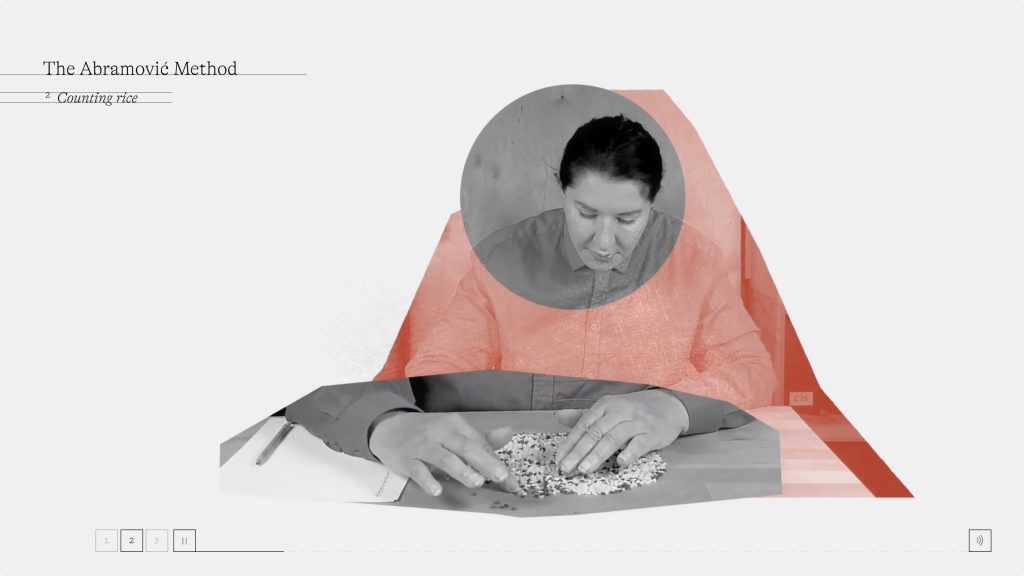 “Traces” marks the culmination of Abramović’s year-long partnership with WePresent, the editorial arm of the file-sharing platform WeTransfer. Earlier this year, she inaugurated WePresent’s guest curator series, showcasing a handful of up-and-coming performing artists around the world on the site, and sharing a “digital manifestation” of her own participatory form of meditation, the Abramović Method.

“Using WeTransfer’s knowledge of design and media, we have brought her practice to millions of people around the world in a variety of ways, adding something new to the cultural landscape,” the platform’s editor in chief, Holly Fraser, added. “We hope to inspire the general public and artists of tomorrow with the work and life of one of our most important living artists.”

In a statement, Abramović said WePresent “have always been willing to look at new interpretations of my work and passions.”

The show will be free, but advanced tickets are required for entry. They will be available from August 18 here.

For the Abramović heads that can’t make it to London, Traces will also exist as a digital experience on the WePresent website.