Lawmakers Are Cracking Down on the ‘Unregulated’ US Art Market. Here’s How a New Anti-Money Laundering Law Will Affect Dealers


The US antiquities trade is going to face far stricter oversight in 2021 than it has in the past.

On January 1, the Senate overrode President Trump’s veto of the National Defense Authorization Act for 2021, a bill that includes a new law requiring antiquities dealers to comply with the requirements of the Bank Secrecy Act. That means dealers will now have to adopt anti-money laundering programs designed to root out illegal practices.

One of those requirements involves identifying and registering the so-called “ultimate beneficial owner”—or the true owner of a limited liability company. Now, savvy collectors and investors who rely on offshore entities and shell companies to conceal their true identities when executing art trades, particularly high-value ones, will have a harder time doing so.

The US treasury department is expected to draft regulations on the specific policies that antiquities dealers must implement. Congress has already given the department guidance on which topics to address, including suggesting that the regulations vary by the size of the business, the size of the transaction, the location of the transaction—and whether the dealer must identify the purchaser when he or she is working through an agent or intermediary.

The new regulations could also extend beyond the antiquities market. This year, the treasury department is expected to complete a study on whether there is evidence of money laundering in the broader art market. The Senate banking committee will then use the findings to determine whether the same anti-money laundering provisions applied to antiquities dealers should apply to all art dealers.

According to one art law attorney, the outcome of that study is “a foregone conclusion: an alliance of government regulators, class-conscious legislators, and art market critics will seize upon the opportunity to convince the Biden cabinet to regulate the art business,” says Michael McCullough of the New York firm Pearlstein and McCullough. 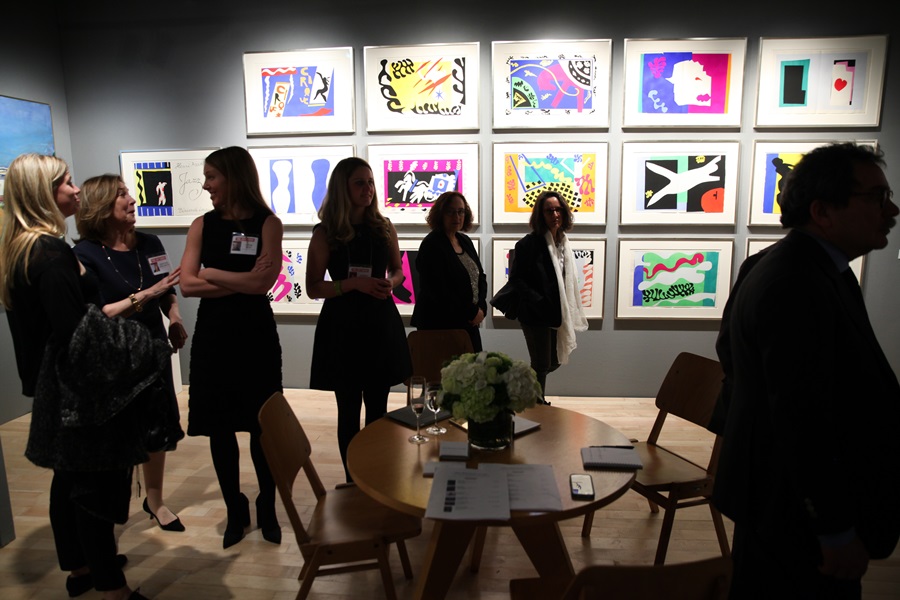 Observers in the auction and gallery art markets have been closely following the bill, which comes on the heels of related legal measures taken in the UK.

A representative for Christie’s said the auction house “welcomes the opportunity to work with US regulators on appropriate and enforceable anti-money laundering guidelines.”

The Art Dealers Association of America (ADAA), meanwhile, has been in talks with congressional committees about the bill with the hopes of balancing the burden on those in the trade.

“The ADAA has sought to ensure that any new regulation is adequately supported by data about the scale and scope of any identified problems,” the organization said in a statement. Its legal and public policy advisors have been working with lawmakers to “generally introduce them to, and educate them about, the vibrant small businesses that make up the community of art dealers in the United States.”

The most difficult aspect of creating workable anti-money laundering policy, McCullough says, “is finding the right balance between complying with law and continuing to honor a client’s need for discretion and privacy.”

Anti-money laundering programs typically cost thousands of dollars per year to implement, as well as significant time and effort, according to Washington, DC-based attorney Peter Tompa, who represents organizations that lobby for museums and dealers. “The costs to small and micro business are substantial,” he says. “Furthermore, it is impossible to ‘fly under the radar screen’ of such requirements; such regulations are enforced by the banks which will close accounts that do not comply.”

Many in the industry say they’ve been expecting stricter legal scrutiny for a while. Last year, a subcommittee in the US Senate issued a strongly worded report on the international art market, calling it the “largest legal unregulated market in the United States.” That analysis left “no doubt,” according to attorney Nicholas O’Donnell, “that regulators have the art market in their sights and the market must respond if it wants to have a say in the oversight that is sure to come.”