With more or less success over the past year and a half, art dealers have been trying to learn a new game. Some have opened pop-ups in holiday towns. Others sent surrogates or holograms to fairs abroad. Others still are trying ticketed art experiences. Johann König, meanwhile, is doing a little bit of everything.

His most recent project, MISA, an online sales platform that debuted last week, might float—or even soar. The Berlin-based dealer, who has outposts in Seoul and London (and online in “Decentraland“), now has plans for an online viewing room, NFT auctions, and opportunities for collectors looking to invest in fractional ownership schemes. Another new idea? A.I.-powered pricing.

That may have left you gasping for air—it’s certainly how I felt when trying to make sense of everything the ambitious dealer told me as he taxied across Berlin between meetings. 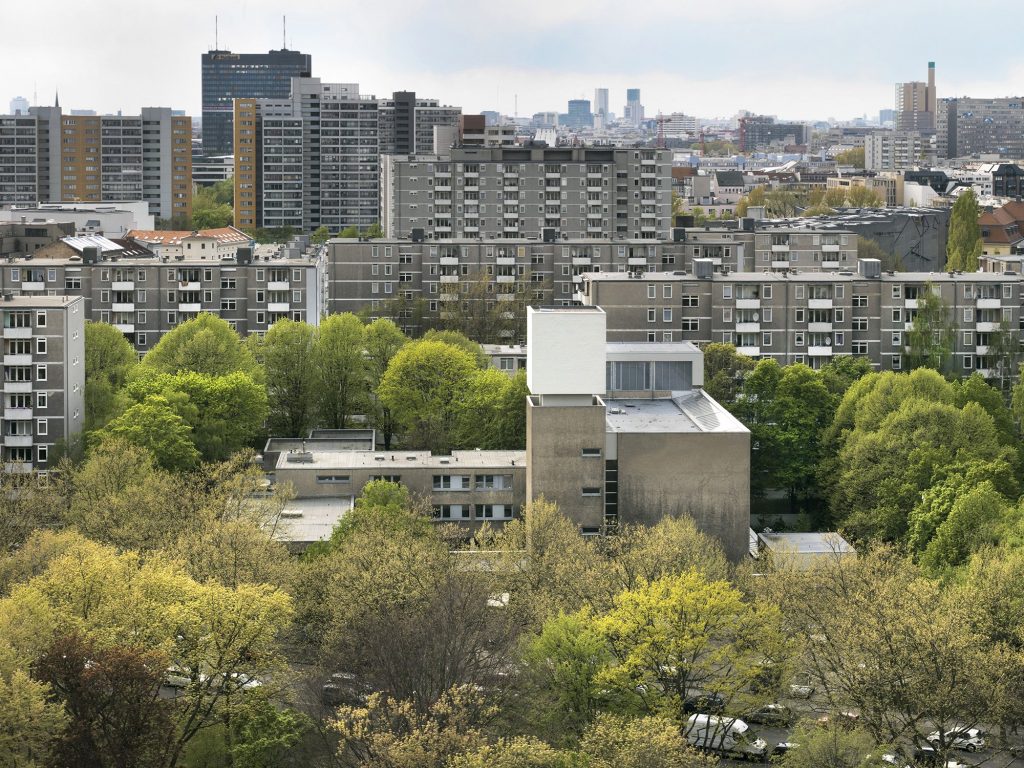 “We are providing a new entry point into the market,” König told me. “We are giving price information to anyone—we do not mind who. I find art fairs are increasingly inefficient, especially when you factor in the shipping costs, the expenses for staff, and the ecological footprint.”

He’s still attending many, of course. König is a regular at Art Basel, Art Cologne, and Frieze. But now, he said, he has the infrastructure to run some version of such events himself, albeit at a different scale and with a different bent.

Last year, he tapped Lena Winter from the Ketterer Kunst auction house to help create MISA, which acts as a primary and secondary market platform. And it seems neither of them will let this crisis we’re living through go to waste. “It was an idea formed by these pandemic times,” Winter said.

König initially hired Winter to run MISA as a fair. But under her watch, it has graduated into a multi-stranded sales platform that caters to anyone with a credit card. (König learned from a recent attempt to sell NFTs that some of his non-tech-oriented buyers had no idea how to pay with cryptocurrency.) And as far as the fractional ownership plans go, they’re currently being sorted out by lawyers and representatives from the Frankfurt stock exchange because, technically speaking, they will be financial assets. 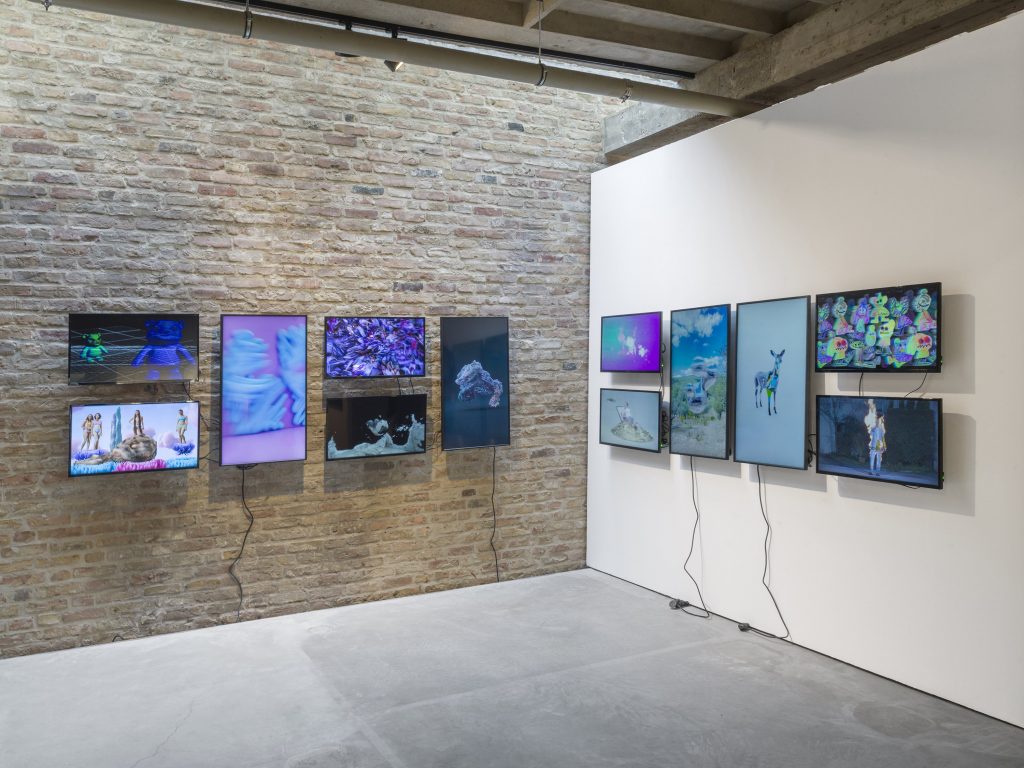 Asked what similar platforms already existed, König mentioned Singulart and Saatchi, though he was quick to add that neither had the “quality, institutionally approved art that we do.” He also gave a nod to Pace, which is developing its own NFT platform, and of course there’s David Zwirner’s plainly titled Platform online viewing room, which isn’t yet grappling with NFTs. (MISA’s NFT market is scheduled to open on August 22.)

MISA’s web presence is not only super sleek. It also has a corresponding salesroom in the Kreuzberg neighborhood of Berlin, where viewers can see previews of works to be sold. The gallery is presenting “booths” organized by theme, such as the art-historical Junge Wilde and a grouping of artworks depicting nudes.

For collectors who find even that too refined, there are simpler categories. “Even for a very cultivated buyer, sometimes color is what makes a decision,” Winter said. Accordingly, some artworks are arranged together according to color. Online, Danish artists such as Elmgreen & Dragset, Jeppe Hein, and Per Kirkeby have their own virtual booth. And though many of the artists whose works are for sale are represented by König, there are also unrepresented artists working with the gallery for the first time.

Price transparency is an essential aspect of MISA, and so is A.I.-powered pricing. König and Winter are using Limna, a self-styled digital art advisor that can designate prices for artworks based on data taken from exhibition histories, fair inclusions, press mentions, and auction records. “We want the client to have information from many sources, so they can build up their opinion,” Winter said. 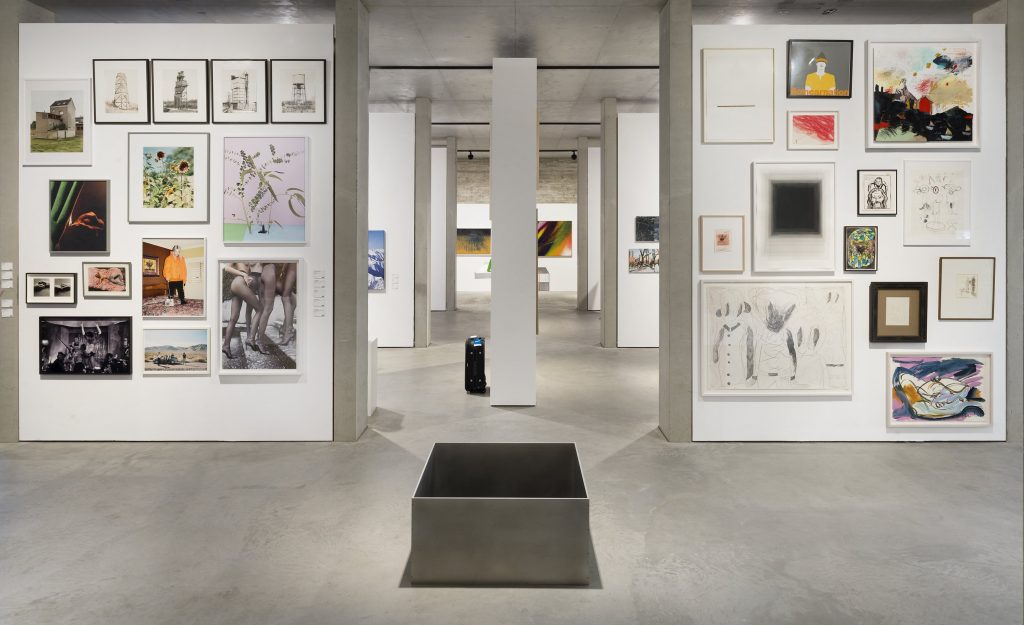 MISA 3 view of the photography “booths” and “works on paper.” Photo Roman Marz.

The technology has its limits. In some cases, Limna has priced works lower than the gallery prefers. An Otto Piene from 1967 with gouache and traces of fire and soot is listed by the gallery at €216,000. Limna’s price, which the gallery shows alongside its final price, was €140,000. “Sometimes, the price makes no sense in our opinion,” Winter said, adding that Limna is still quite new. “But it is learning.”

For the moment, what matters to the gallery are other numbers: it said that while only 3,000 people visited the in-person MISA viewing room, 29,500 went to its website. 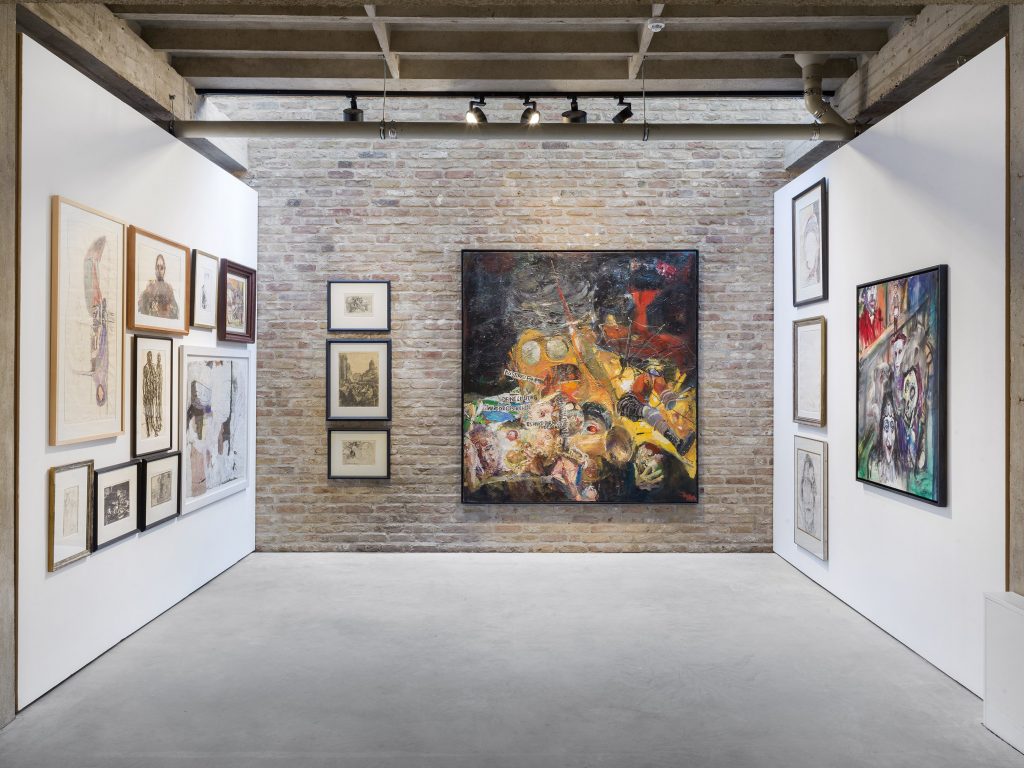 König is also pleased with sales. A 2021 cubic sculpture by Chiharu Shiota has sold for €42,000. An acrylic painting by Katharina Grosse went for €170,000. Among secondary-market works, a 1969 painting by German Pop artist Fritz Köthe sold for €27,000. And a still-unrepresented young artist from Munich, Ludwig Stalla, sold a moody cloud painting for €1,400.

Some in the art trade might snub it all of, but König said his methods are working for now, introducing new artists to new audiences, and new audiences to the market. The rollout continues for its fractional ownership and NTF platforms in the coming weeks, and there are plans to stage several selling solo shows around Cologne next spring. What stays and goes remains to be seen. The best measure for the platform will be the test of time. And nowadays, time moves fast.