When I was growing up, most of the paintings that were hanging in my family’s home were portraits of ancestors. Not being of royal lineage, none of them were painted by great masters. To an impressionable child, some of them were outright scary.

But when my passion for art awoke as a teenager, I became fascinated by some of the greatest portraits ever made in art history. Portraiture has been a main strand in artistic practice through the centuries. The portrait of Giovanna Tornabuoni by Domenico Ghirlandaio from the Thyssen-Bornemisza Collection epitomized for me the ideal of feminine and artistic beauty combined. Ghirlandaio himself can’t have been displeased with the portrait he was commissioned to paint in 1488, since he put on it a Latin inscription which roughly translated means “Art, if only you could depict character and soul, there would be no more beautiful painting on earth than this one.” 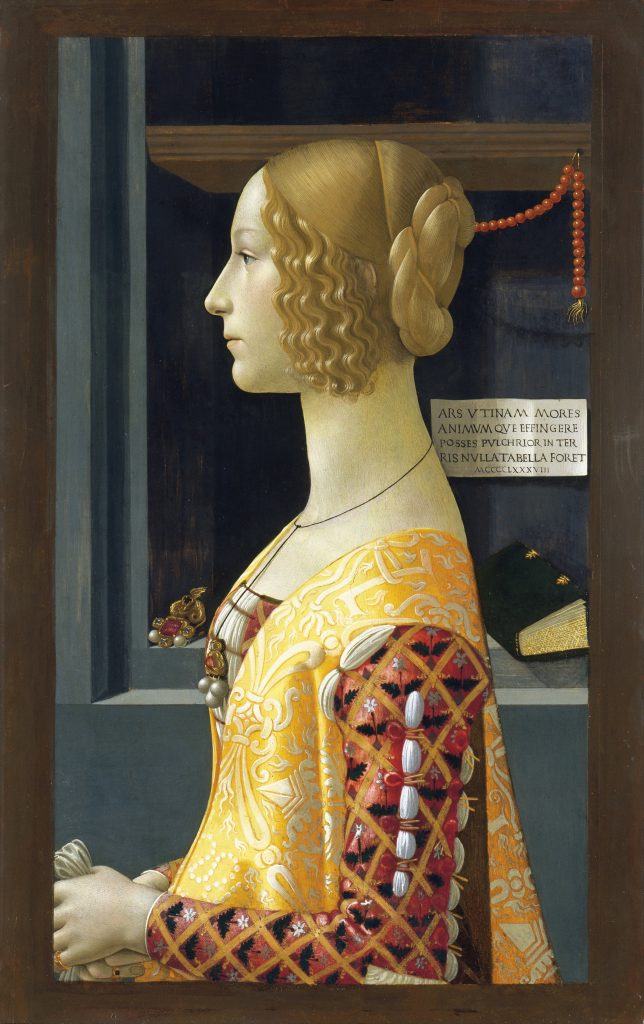 Some of history’s most poignant portraits have been self portraits by art giants such as Dürer, Rembrandt, Velazquez, Goya, Van Gogh, Picasso, or Warhol. “All is Vanity” was a sentence that my mother kept repeating to me when I was growing up. That expression came from King Solomon. Vanity has always been the main engine behind self portraits and portrait commissions. It is that engine which today is behind the phenomenal success of social media platforms such as Instagram or TikTok. The advent of photography in the 19th century diminished the need for patrons to commission artists to paint their portraits, and the market for the practice dwindled. With time, photography became an art form in its own right and an additional medium through which artists could express themselves.

One of my favorite questions to friends is: “If you could have your portrait done by any living artist, who would be your top three choices?” and the follow up: “What about for artists of the past?” Most people have to think hard before answering the first question, and can only come up with one name or two at most. Answering the second one comes much easier. The two most frequently mentioned artists in that category are Lucian Freud and Andy Warhol, artists who revived the tradition of portraiture in the 20th century. 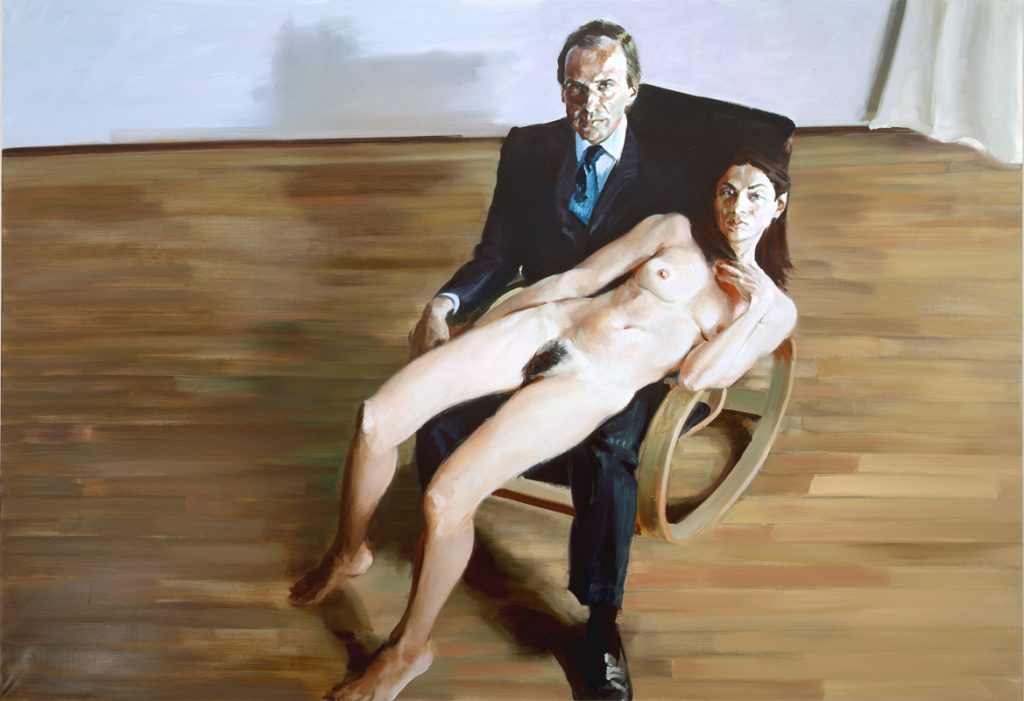 Freud took a very long time to complete a painting. His works were done from life, meaning that his sitters had to pose for hours on end. His love life was extremely active, and occasionally affairs with some of his female subjects would end before he had had the time to finish their paintings. He categorically refused to do portraits on commission.

In the early 1990s I was renting a flat in Holland Park, very close to where Freud had his studio. I would give dinners and would always try to have a fun mix of guests. On one occasion, I invited Freud as well as Eliette von Karajan, the French widow of the great conductor. As soon as he sat down at the table, Eliette told him: “I would like you to paint my portrait.” He instantly shot back: “Never ever would I do that; my art dictates whom I will paint! Eliette, who is far from being a pushover, answered equally abruptly and it was the start of a very intense and long exchange. The other guests stopped talking and were riveted by the skirmish. Years later, Lucian would still ask me “How is Eliette?” and Eliette would sometimes mistakenly call me Lucian.

With Warhol things were the exact opposite. From 1968 onwards, he made numerous portrait commissions. He utilized the hugely popular SX-70 Polaroid camera to take snapshots of his sitters. This took no time at all. His staff would then make a silkscreen which was used as the basis for the portraits. In the early 80s the price for one portrait was $25,000. Anybody who was anybody had to have their portrait done by him.

My own top three choices to have my portrait done by a living artist would be: David Hockney, Elizabeth Peyton, and Richard Prince. I loved the exhibition of 82 portraits done by Hockney at the Royal Academy in London in 2016. Elizabeth Peyton’s oeuvre consists mostly of gorgeous portraits done of celebrities past and present. Richard Prince’s Instagram portraits would probably be the closest equivalent today to the society portraits Warhol was doing in the 1970s and ‘80s. When you check #selfie on Instagram you see it has been used at least 450 million times. The ultimate ego trip therefore has got to be to have your IG portrait done by Richard Prince.

But there is a big snag with my dream list. None of these artists will agree  to do portrait commissions unless you are their close buddy or the Queen of Sheba. Even with my extended dream list, which would include Kehinde Wiley and Amy Sherald—who did the official portraits of Barack and Michelle Obama—Amoako Boafo, Cindy Sherman, Mickalene Thomas, Zeng Fangzhi, as well as photographers Mario Testino, David LaChapelle and Juergen Teller, it would be near impossible to get a portrait commission out of them. 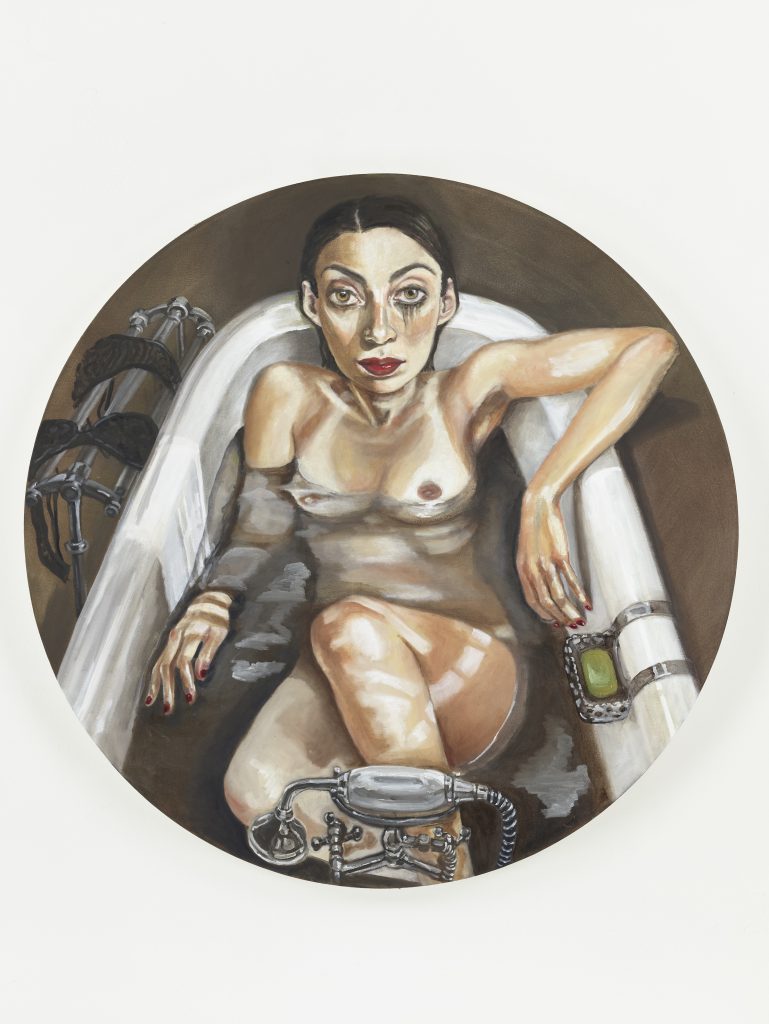 I would be hard pressed to name even five good contemporary artists who today would take on portrait commissions.

However, the tables may be about to turn. There are two exhibitions taking place currently of artists who do portraits on commission. Anh Duongh’s first solo show in Switzerland just opened at Galerie Gmurzynska in Zurich. Long an insider tip amongst art lovers, she has over the years made portraits of some of her friends such as Diane von Fuerstenberg and top model Karen Elson. Her strongest works, however, are her self portraits. Her penetrating gaze dominates these and they are the 21st century equivalent of Frida Kalho’s powerful self portraits. She has in the past exhibited in New York at the Tony Shafrazi Gallery. This exhibition shows that her most recent work is her best, which is an excellent sign for a mid-career artist. 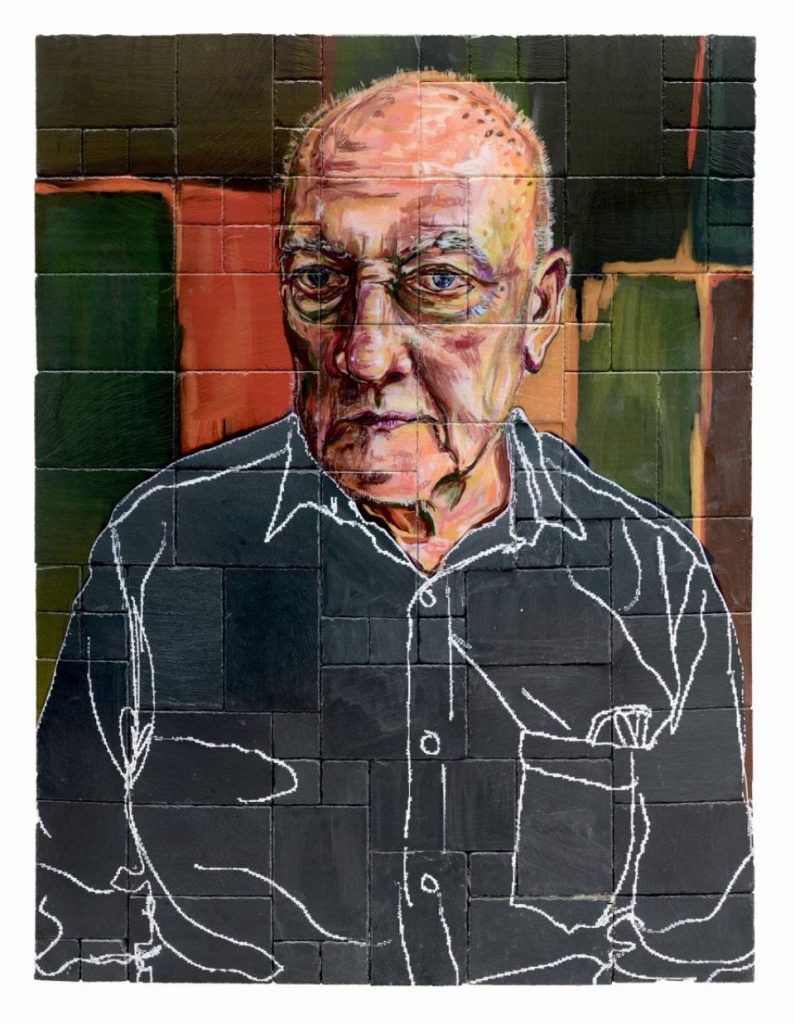 The other exhibition is one that I have the pleasure to present. “Henry Hudson—Microcosm,” is currently taking s place in the artist’s East London studio. Where Anh Duong paints oil on canvas, Henry Hudson first uses his iPad to take a photograph of his sitters. Using the Procreate app for digital painting he transforms these photographs into striking images, which he then prints on different surfaces using a U.V. flatbed printer. The final outcomes are unique works that have different textures depending on whether they were printed on slate, tile, denim, perspex, or dried flowers. He did the portraits of friends, artists, curators, dealers, and collectors from the microcosm of the art world. Like Anh Duong, Hudson does take on selected commissions. It takes Hudson even less time to do an iPad photograph than it took Warhol to do a Polaroid shot. The only thing the sitter has to do is to choose the size and the surface on which he wants the finished work to be printed.

With artists like Hudson and Duong creating a new market for quality portraits on commission, the time-honored tradition of society portraits could be revived once more in the 21st century. Who will you choose to do yours?