A legendary figure who fought against and transformed the rigidity of the art world, French-American sculptor Niki de Saint Phalle has finally received a well-earned U.S. reception honoring her trailblazing artwork at MoMA PS1. 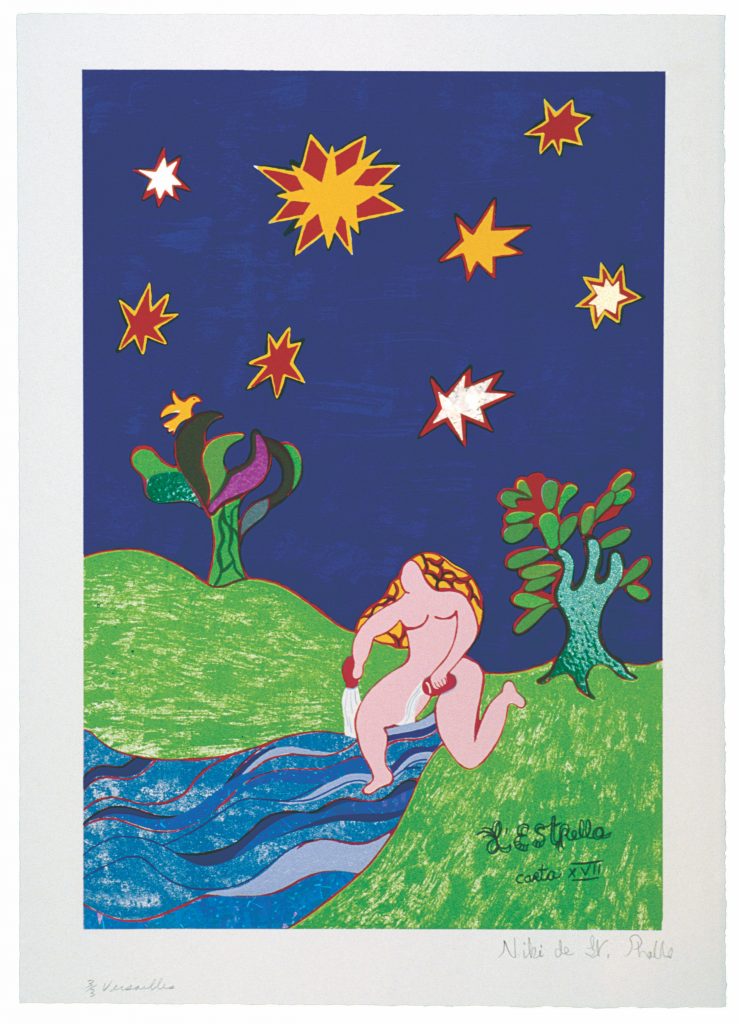 As a child, Saint Phalle was subjected to a violent and tumultuous household. Deeply rooted trauma stemming from emotional and physical abuse would remain with Saint Phalle throughout her entire life. But rather than letting it swallow her, Saint Phalle channeled tragedy into an artistic practice.

At her psychiatrist’s recommendation, she began to translate the lingering pain of her early life into paintings. With the intention of creating joy, she began to adopt a visual vocabulary of almost childlike iconography, using a distinct palette of primary colors to build worlds of optimism and hope.

From the onset, Saint Phalle’s practice explored human complexities. She welcomed hard-hitting subject matter, closely analyzing, for example, the treatment of women in society, and sought to transform and transcend these themes into a utopian existence.

In this way, Saint Phalle gifted herself a form of escapism from the sadness she carried. Play would also remain at the heart of Saint Phalle’s work throughout the entirety of her career, something she acknowledged kept her from falling into the pitfalls of depression. Though many in the mainstream art world would reject inviting in such a concept, for fear of not being taken seriously, Saint Phalle brilliantly adopted frivolity as a mechanism by which to connect with audiences around the world. 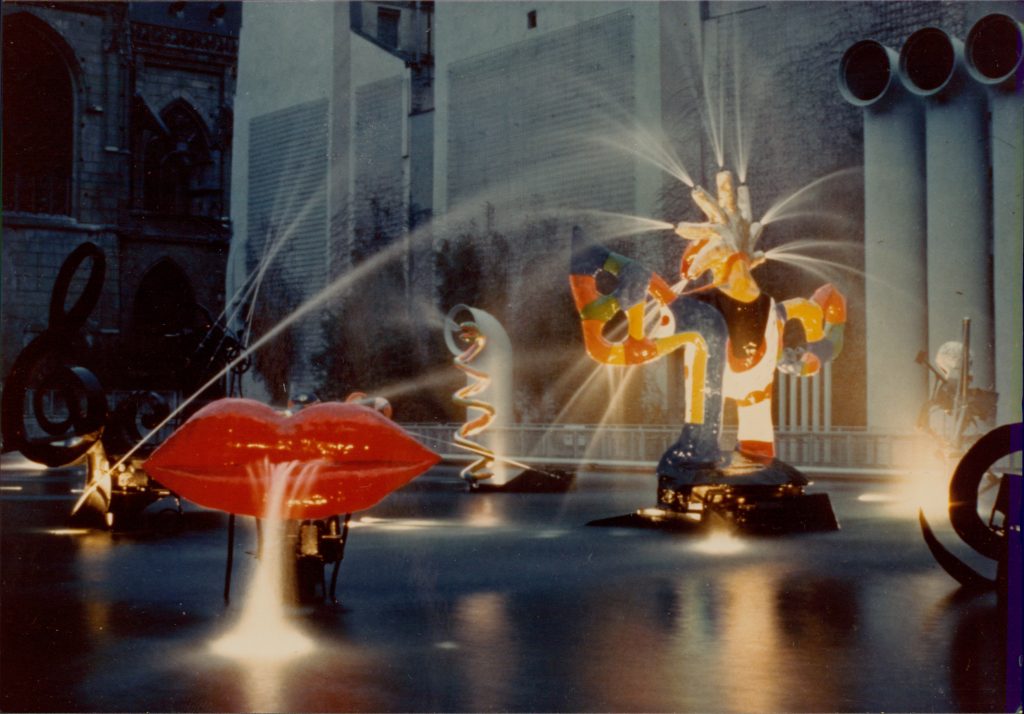 From the onset of her public life, Saint Phalle was unafraid to rebel against the expectations placed upon women. Called by Gloria Steinem “the first free woman I have ever seen,” her practice was purposefully loud and unapologetic. Carving out a lane for herself during the 1950s was no easy feat. Women at this time were both explicitly and implicitly instructed to take up little space, remain submissive to their male counterparts, marry young and live for the sole purpose of producing children and taking care of the home.

Though Saint Phalle began her adult life entering into the roles of wife and mother, she would reclaim her life through her artistic practice. She soon found herself part of a close-knit artist community made up of almost entirely men, including Robert Rauschenberg, Jasper Johns, and Jean Tinguely, who would become her second husband.

Though Saint Phalle first began garnering attention for “Tirs,” a body of paintings produced by firing a gun at plaster reliefs that released pockets of paint, her work would be cemented into the iconography of art history via the “Nanas” series. As female-inspired figures with curvy, exaggerated bodies, Saint Phalle’s “Nanas” looked toward art history and the ways in which women have been depicted since ancient times, and additionally looked to dismantle notions of the female form as a kind of object. The “Nanas” were eye-catching, bold, and highly memorable, nurturing an ongoing dialogue. 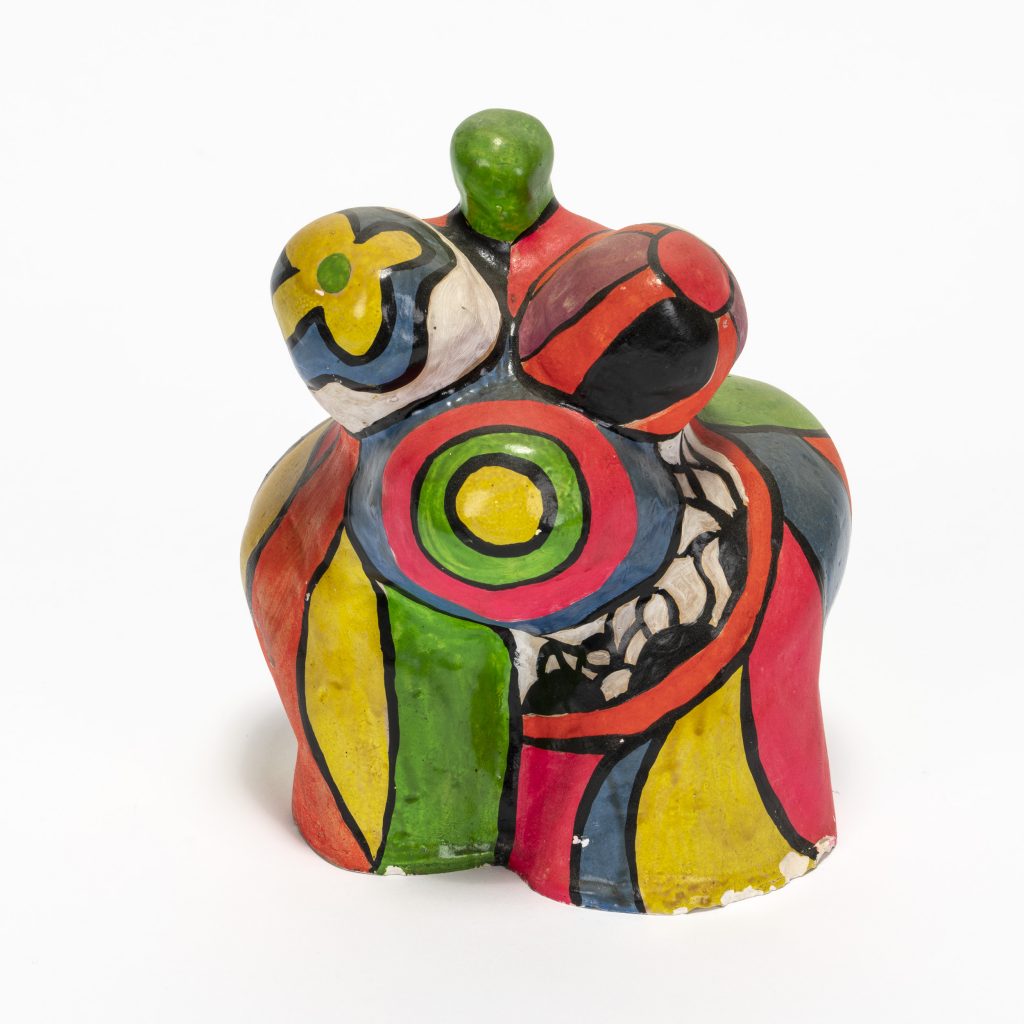 A key aspect of the “Nanas” that existed elsewhere in Saint Phalle’s practice is a “disarming simplicity,” a term coined by Ruba Katrib, curator of “Niki de Saint Phalle: Structures for Life.” The undertones of the artist’s work were always far more complex than what the visual language might offer. Saint Phalle did not want to isolate audiences with complexities; rather, she invited the masses to enjoy her work as a shared human experience. “Her Nanas confront Western standards of femininity and decorum: they are brash, ecstatic, and embrace sexuality,” noted Katrib, in a statement from La Prairie. “She created her Nanas at such a large scale specifically so that they could dominate – literally tower over – men. Saint Phalle was also an iconoclast in her personal style and way of life.”

Though always intrinsically a part of Saint Phalle’s work, political and social issues would become more obviously woven into the artist’s work toward the latter part of her career. 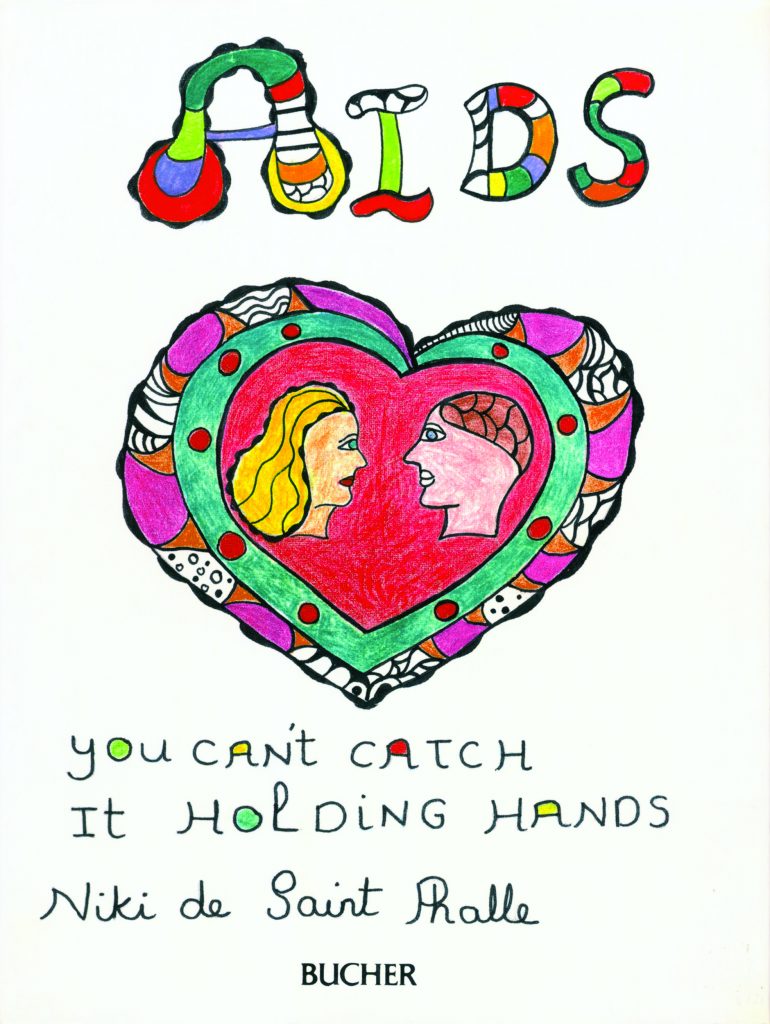 During the 1980s, as AIDS enveloped her community, Saint Phalle used her established platform to create work that directly called out the systems at play for insufficiently addressing the crisis.

Much of the work she would create at this time and in the decades until her death in 2002 feel astoundingly contemporary, especially as climate change, inadequate social and political leadership, and corruption remain crucial issues. 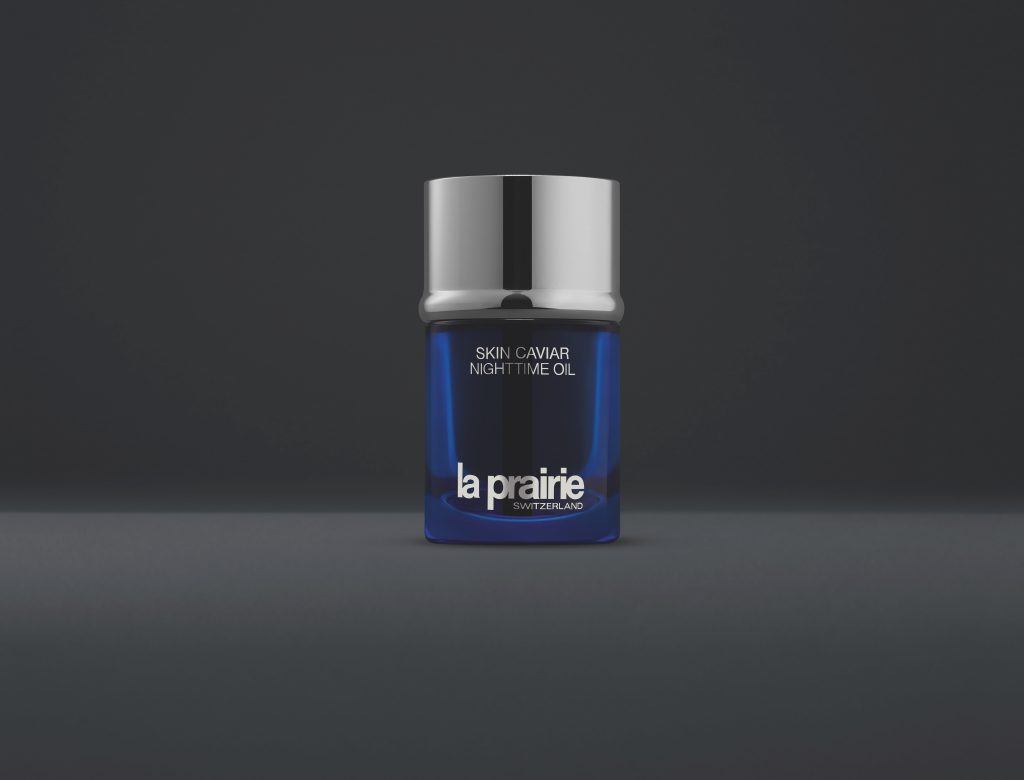 La Prairie’s involvement in “Niki de Saint Phalle: Structures for Life” is a seamless fit for the brand, which has  taken inspiration from Niki de Saint Phalle’s monumental career since 1982, when the La Prairie team first encountered her work—and her compelling use of cobalt blue, which she once described as “the color of joy and luck”—in a shared New York design studio.

With an oeuvre of work that welcomed many forms of creating as a means to self-fund her more ambitious projects, Saint Phalle was, at the time, working on producing her own perfume, Flacon de Parfum. From then on, the cobalt blue of Saint Phalle’s perfume bottle would go on to serve as the direct inspiration for the color of La Prairie’s iconic Skin Caviar Collection. This Fall, the iconic collection goes beyond lifting and firming, and journeys into the depths of the Cobalt Night with the Skin Caviar Nighttime Oil, imbued with Caviar Retinol. An innovative, Bauhaus-inspired, double-glass encasement houses and protects an elusive and powerful new ingredient—Caviar Retinol—derived from La Prairie’s legendary Swiss caviar extract. Niki de Saint Phalle committed her life toward progressivism, so too has La Prairie demonstrated an unwavering duty to pioneering discoveries.