Over the course of the past year, the French luxury house Chanel has been celebrating the 100th anniversary of its iconic Chanel No. 5. The fragrance was conceived in 1921 by none other than Coco Chanel as “a woman’s perfume with a woman’s scent;” she enlisted the help of perfumer Ernest Beaux, the then go-to perfumer to the Russian Czars, to create it.

Beaux was known for his complex, otherworldly colognes. It is said that he tried out 80 different versions for Ms. Chanel, who believed that a woman “should wear perfume where she would like to be kissed” and that her fragrance should underscore her independence, autonomy, and strength—things Chanel didn’t feel were emphasized enough in the one-note floral perfumes of the day offered to “respectable women.” (Anything musky or too “exotic” smelling was associated with prostitutes and courtesans.)

After much experimenting, Beaux achieved the right balance by combining a mix of natural scents (including jasmine, ylang ylang, bergamot, orris root, amber, and sandalwood) with synthetic ones (composed of molecules called “aldehydes,” known to exalt and deepen perfumes’ scents) to realize the beloved fragrance. 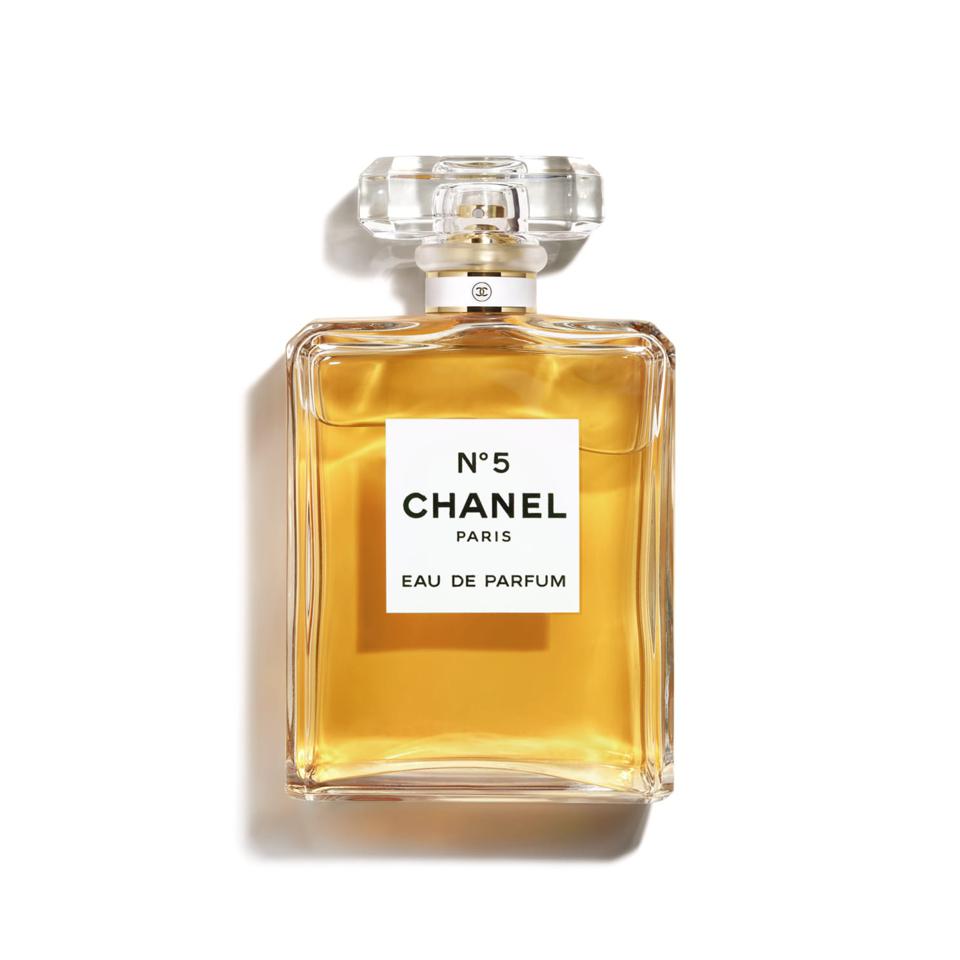 A century later, Chanel No. 5 is the longest selling luxury perfume on the market. Stats about its mammoth sales figures have long been bandied about amongst industry insiders, who have referred to the perfume as “le monstre” for grounding the French company’s multibillion dollar empire. Reportedly, a bottle of No. 5 is sold every 30 seconds.

The fragrance has also played a significant role in the arts over the years. Its design inspired the work of Andy Warhol, who immortalized its glass flacon in a number of screen-printed tributes in 1985, and its packaging was added to the Museum of Modern Art’s permanent collection in 1959.

Its campaigns have been photographed and filmed by the likes of Richard Avedon, Baz Luhrmann, and Ridley Scott, while fans of the perfume have included some of Hollywood’s leading ladies, with Lauren Hutton, Catherine Deneuve, Nicole Kidman, and Marilyn Monroe among them. Monroe once famously quipped she wore just “five drops” of No. 5 to bed and nothing more. 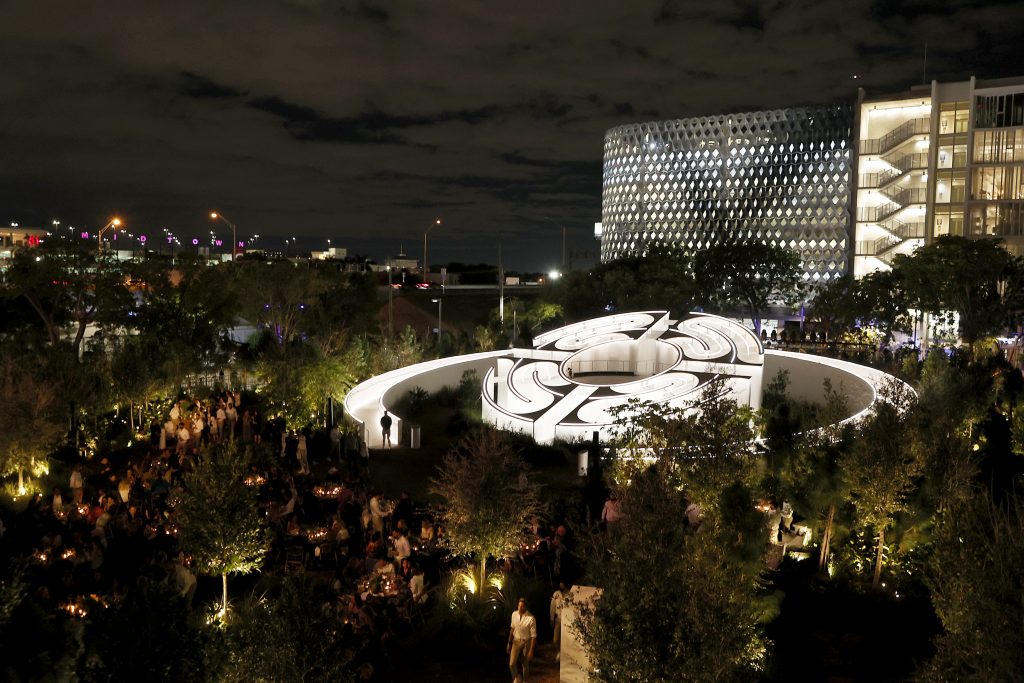 Indeed, the fragrance has inspired the cultural world for many years—and so it is especially fitting that in celebration of its centennial, Chanel commissioned the renowned British artist and stage designer Es Devlin to create a life-size installation inspired by the scent. It debuted at Art Basel Miami Beach earlier this month and will remain on view through December 21.

The labyrinthian Five Echoes brings the artist’s interpretation of the fragrance to life in the Miami Design District’s Jungle Plaza. Devlin sought to “translate the fragrance molecules into a soundscape and a spectrum of light,” according to a statement from the brand, using light, color, and sound as her materials. She also planted 2,000 trees—which she describes as co-authors of the project—in the surrounding area, in the hopes that it will one day grow into a kind of urban forest.

“My hope is that at least five of the trees’ names echo through visitors’ memories when they leave: South Florida Slash Pine, Live Oak, Dahoon Holly, Ylang Ylang, Wax Myrtle,” Devlin said in a recent interview with Dezeen. “Perhaps the first step towards caring enough about other species to save them from extinction is to learn their names.”

It is fitting, too, that ylang ylang echoes through Chanel No. 5—the fragrance will surely remain a classic as Devlin’s trees grow in the years to come.

To shop and learn more about the fragrance, which is priced starting from $138, click here.

Previous stories in this series:

Still Shopping for the Art and Fashion Lovers in Your Life? Check Out This Chic Museum Merch (Think The Met x Brother Vellies)

On the First Day of Artmas, My True Love Gave to Me… a Step-by-Step Guide for Gifting an NFT