When Frieze New York opened in May, Gagosian, the gallery with more outposts than any other in the history of the world, was at a crossroads.

Jeff Koons, the most expensive living artist at auction, had recently left for Pace, and his glorious Sling Hook (2007–9), a “Popeye” series inflatable featuring a shark and lobster intertwined, hung from the rafters in his new gallery’s booth at the fair.

Around the corner, David Zwirner, Larry Gagosian’s primary antagonist (the two dealers have famously never sat down for a one-one-one drink in the three decades they’ve known each other) had a suite of new works by Dana Schutz, the newest star to join Zwirner’s stable. It was the consensus top booth in the fair.

And Iwan Wirth, the youngest of the mega-gallery overlords, had monster pieces by Cindy Sherman and Gary Simmons—both of whom had moved over from Metro Pictures, which will close this fall—as well as Henry Taylor and George Condo, the fiercely sought-after painters that joined the gallery in the early days of 2020.

Gagosian’s first fair booth in 15 months was a little different. Though sculptures by longtime gallery artist Rachel Feinstein scattered the floorspace, the booth’s walls were given over to a young Polish artist, Ewa Juszkiewicz, who, until 2020, had never had a solo show in the U.S.

What’s more, Gagosian’s Basel gallery opened a show in early June of new works by Louise Bonnet, who had just a handful of shows before landing a solo exhibition at Gagosian’s Park & 75 storefront space last September. Bonnet’s work has only appeared at auction once, this March, selling for $81,900 at Sotheby’s. 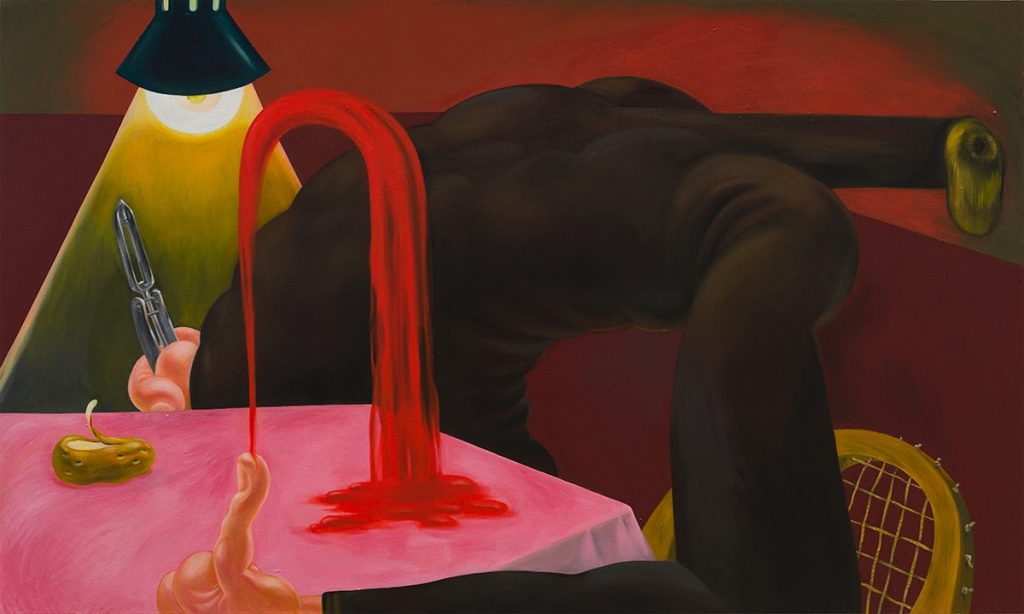 The moves mark a turn for a mega-gallery that has long filled its spaces with household names. There’s still no official succession plan in place for who will lead the gallery after its namesake hangs up his hat—if such a thing, um, actually ever happens—but there does seem to be a succession plan for the programming.

Both Juszkiewicz and Bonnet were brought into the Gagosian fold in late 2019, when Bill Powers—the dealer, curator, writer, and long-time proprietor of Half Gallery—curated a show for the gallery.

“I introduced both of [Bonnet’s and Juszkiewicz’s] work to Larry in 2019 when I curated ‘Domestic Horror’ at 75th and Park,” Powers said in a statement, referring to the title of the show. “I think he appreciated that they were both older artists, and [he] had a visceral reaction to the work.”

Many of the artists in the Gagosian exhibition had early shows at Half Gallery—Powers has been aggressive about scouring top MFA programs and art schools for talent. And when he found an artist he particularly liked, he showed them to the art world’s reigning king.

He also knew that, because the two painters only had so much exposure to American collectors, Larry wouldn’t take the leap without some institutional heft. So he lined up some primo referrals.

“I had done Louise’s first New York solo show at Half Gallery in 2017, which resulted in a wonderful Peter Schjeldahl review [in the New Yorker],” Powers continued. “Ewa I had met initially through [curator and writer] Alison Gingeras. I think those tacit nods of approval from other art-world luminaries gave Gagosian the added comfort to take them both on in terms of representation.”

The artists work with Gagosian director Freja Harrell, who said in a statement that it was “purely coincidental” that the gallery started working with relatively fresh surrealist-influenced painters at the same time.

“The way we develop relationships with artists is much more individual than that, and varies depending on the particular situation,” Harrell said in an email. “The 2019 group show drew attention to the significant demand for both artists’ work, from both existing collectors and collectors new to the gallery, and we felt that they fit well into our program. It was very organic in that sense.” 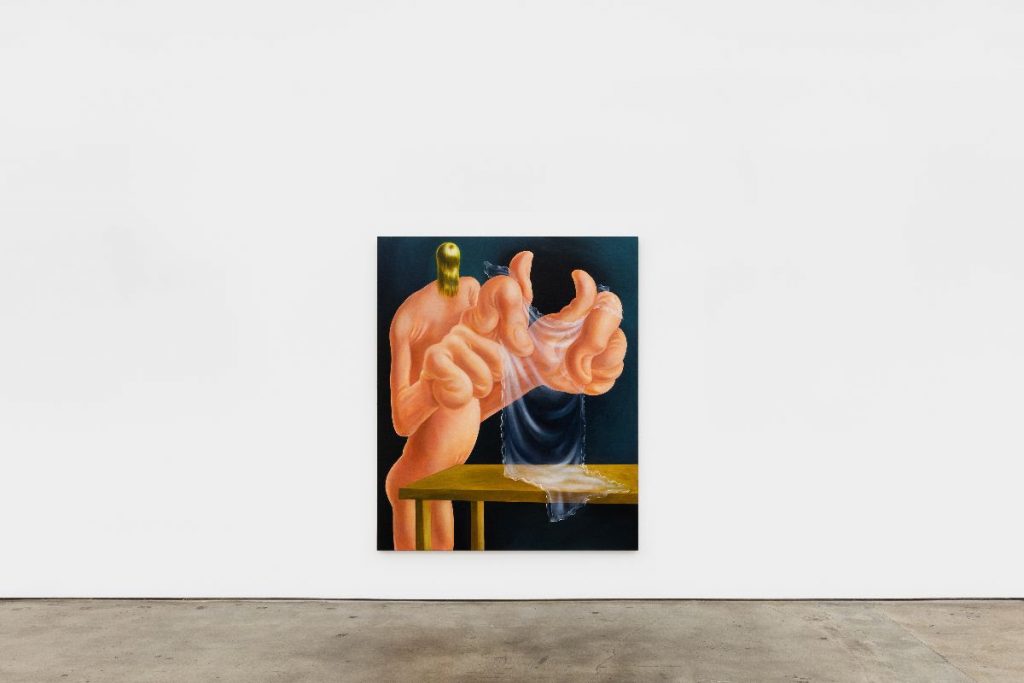 Bonnet has also had solo shows at Nino Mier, the Los Angeles space founded in 2015 that now has outposts in Brussels, Cologne, and Marfa.

Mier has also been instrumental in pushing forward the neo-surrealist movement. In addition to giving Bonnet an early show (there’s currently another show of Bonnet paintings up in Meir’s L.A. gallery), he’s staged solo exhibitions for Casey, Rebecca Ness, Madeleine Pfull, and Nikki Maloof, all of whom paint woozily warped figurative or still life paintings that have come to represent something of a movement.

And it’s this movement, nurtured by dealers like Mier and Powers, that Gagosian intends to sell now to his world-class clients. So far, it’s working. “We have far more demand for both artists’ work than we can satisfy at this point,” Harrell said.

This rush is coming at a time when the classic Gagosian money-minting painters have seen their prices on the secondary market fall precipitously. A John Currin watercolor on paper recently sold at Sotheby’s London for less than $20,000, well under the low estimate. In 2008, a similar Currin work on paper sold at auction for $231,000.

Meanwhile, an untitled Rudolf Stingel from 2011 sold for $1.3 million at Phillips London last October. Compare that to a slightly larger work by the artist from 2012 that went for $7.9 million at the same auction house just two years earlier.

“What does every rich and famous person want more than anything? Relevancy,” a dealer who wished to remain anonymous said. “You have a Warhol Marilyn? Cool, we know you’re rich. But if you have, say, Christina Quarles, you’re of our time.”

And if a Gagosian client already has enough of the old stuff, the new crop can appeal on a similar level. One source likened it to a Netflix or Spotify algorithm: If you enjoy Glenn Brown, maybe you’ll like Ewa Juszkiewicz? If you like Carroll Durham, perhaps you’ll like Louise Bonnet? 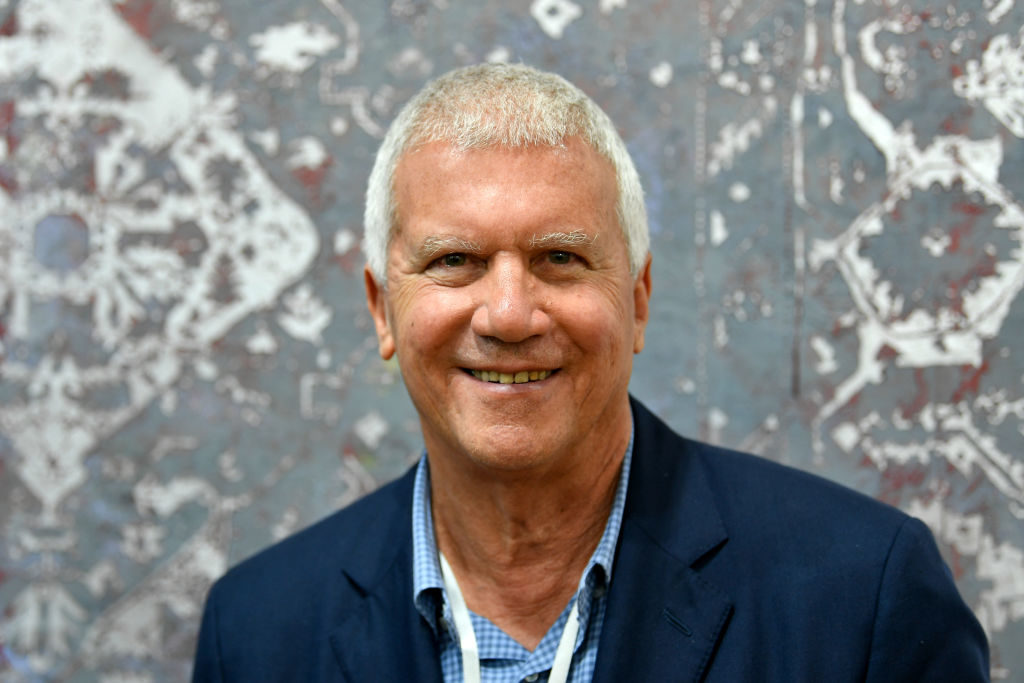 Not everyone is a fan of this new school of painting. Dean Kissick, one of the leading critics in the age range of these painters, wrote a widely read essay for the Spectator in January about the rise of “bad figurative painting” (he singles out Juszkiewicz) and gave the style that unites these artists a not-so-flattering sobriquet: “zombie figuration.” 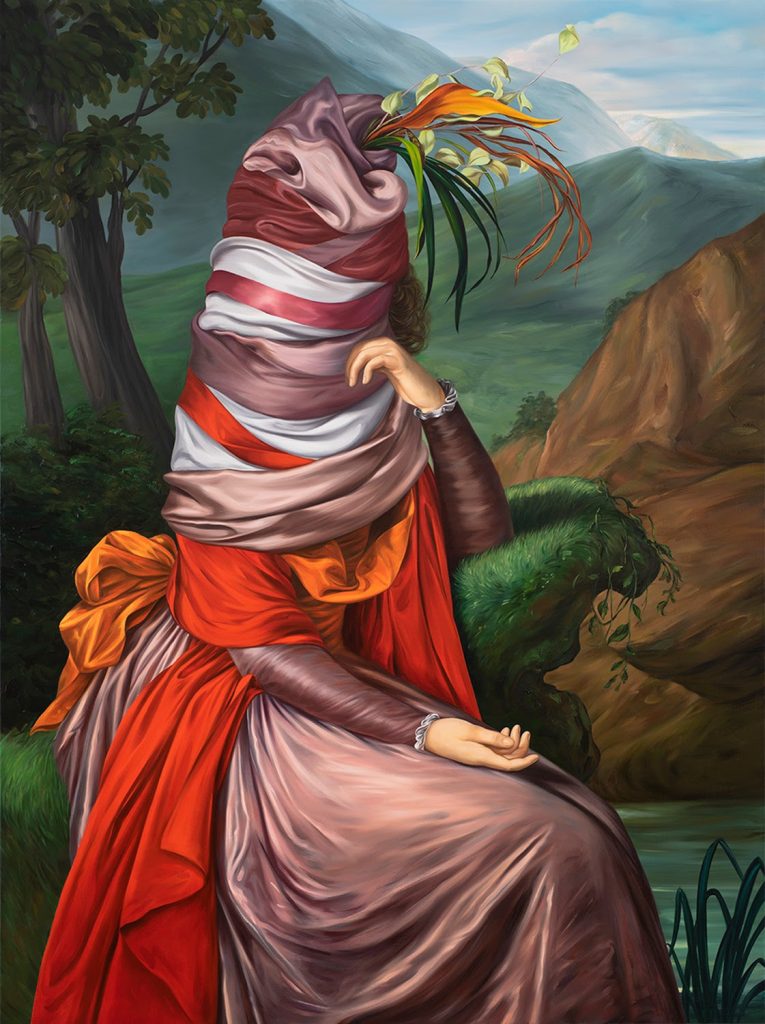 This isn’t the first time Gagosian has co-opted a micro-movement arranged by other dealers: the dealer famously stole Currin away from Andrea Rosen when Currin was the bedrock of the gallery’s conceptual approach to painting, and took Joe Bradley away from Canada right as the artist’s shape-shifting style had become celebrated.

Bradley recently left for Petzel, which many see as a sign that Gagosian’s time at the top may be coming to an end. But if other similarly hot figurative painters join the team, that could be enough to sustain the empire. Perhaps the Frieze booth wasn’t the most celebrated part of the fair. But it worked.

“The five paintings we received from Ewa for Frieze were sold prior to the fair opening,” Harrell said. “Louise’s Basel show is already sold out.”