What is a table? According to the characters in a humorous artist book by Lawrence Weiner, it’s “something to put something on.” Simple enough, right? Not for artist Rashid Johnson, who has said that reading Weiner’s book, aptly titled Something to Put Something On, sparked a whole new way of thinking, and inspired his series of shelf-like sculptures that would hold a range of objects with specific importance to Johnson.

“I was really interested in this idea,” Johnson says in an exclusive interview with Art21 as part of its New York Close Up series, “the semiotics of how something exists and why it exists and what we call it. So I started making something to put something on.”

Johnson made the shelves from black wax, pieces of mirrors, tiles, and branded wood, all chosen to send up traditional notions of domestic objects are constructed with. Lining the shelves are pieces of the artist’s Afro-centric material life: “the books I was reading, the records I was listening to, the things I was applying to my body,” he tells Art21, and the combination of those things became stand-ins for the artist, his cultural affiliations, and “began to gel together to form what I thought was my conversation.” 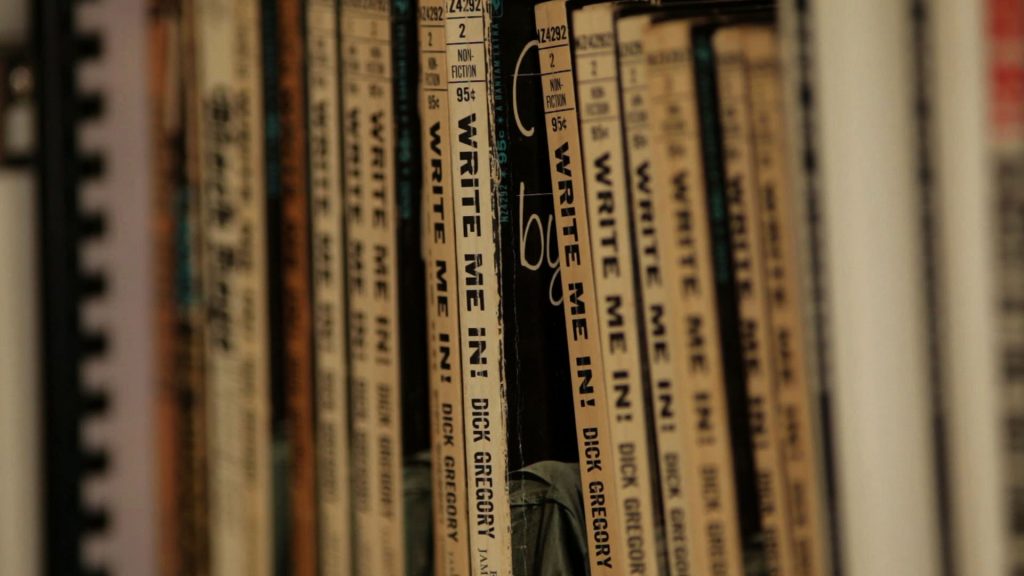 Influences including James Van Der Zee’s photographs of the Harlem Renaissance, Sun Ra’s mystical Afro-futurist philosophy, and Marcus Garvey’s political views all meld together in Johnson’s fictional secret society: The New Negro Escapist Social and Athletic Club—an acknowledgement of the historic struggles of Black Americans tempered by an optimism for the future.

“It’s not fully about the predicament of history,” Johnson says in the video, which first aired in 2011, “it’s about what you’re able to author yourself and how you’re able to form the future rather than living purely kind of in the past.”

For one of his latest shows, at Storm King Art Center in upstate New York, Johnson has installed his sculpture The Crisis, a steel yellow pyramid that is activated by an accompanying ballet, conceived with choreographer Claudia Schreier. The performance follows two hikers, both African American, on individual journeys that eventually meet up.

“How does the Black body function in space when it’s being witnessed versus when it’s not?” the artist asks, noting the rise of footage of violence against Black men and women, and the onslaught of media at the U.S.-Mexico border. “It’s about how the body becomes accustomed to the conditions of stress and anxiety.”

Watch the video, which originally appeared as part of Art21’s New York Close Up series, below. The brand new 10th season of the show is available now at Art21.org. “Rashid Johnson: The Crisis” is on view at Storm King Art Center through November 8, 2021.

This is an installment of “Art on Video,” a collaboration between Midnight Publishing Group News and Art21 that brings you clips of newsmaking artists. A new series of the nonprofit Art21’s flagship series Art in the Twenty-First Century is available now on PBS. Catch all episodes of other series like New York Close Up and Extended Play and learn about the organization’s educational programs at Art21.org.