Hong Kong Collectors Finally Started Paying Attention to Local Artists During Lockdown. But Will It Last?


One of the most talked-about installations during Hong Kong’s recent art week was a colorful changing room inspired by artist Chan Wai Lap’s regular visits to shut-down public swimming pools last year. Fairgoers scoped out Chan’s paintings on the walls while a performer, a young man, changed his clothes and brushed his teeth as if there were no one around.

Most encouraging to gallerist Angela Li, who presented the ambitious site-specific project at the Art Central fair, was the fact that visitors weren’t just coming by to look. They were also there to buy. Li sold the majority of the works on view at her stand, 80 percent of which were by Hong Kong artists. 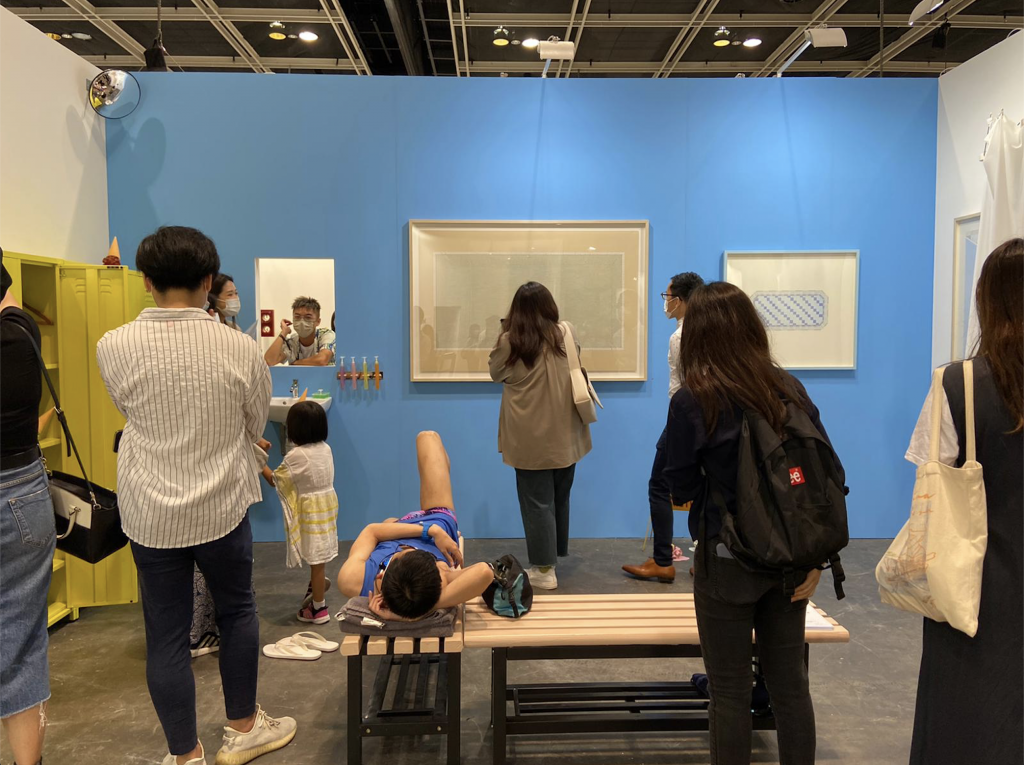 Chan Wai Lap, The Lonesome Changing Room at Art Central. Courtesy of the artist and Contemporary by Angela Li

This represents a notable shift. Despite Hong Kong’s role as a global financial hub and one of the world’s most important art markets, the city has not historically produced art that collectors consider highly valuable. Few Hong Kong artists have international gallery representation and international dealers rarely show work by local artists at their Hong Kong branches.

But after a year of lockdown—during which time collectors refocused their energy locally rather than flying around the world to see art—that seems to be changing. While blue-chip galleries such as Hauser & Wirth, David Zwirner, and Lévy Gorvy have achieved multimillion-dollar sales at Art Basel, work by Hong Kong artists was also moving quickly.

“Most who bought my work are new clients,” the 32-year-old artist Chan Wai Lap told Midnight Publishing Group News. “They are based in Hong Kong but come from all over the world.” Many of these buyers are young and specifically looking for work by local artists, Chan’s dealer said. 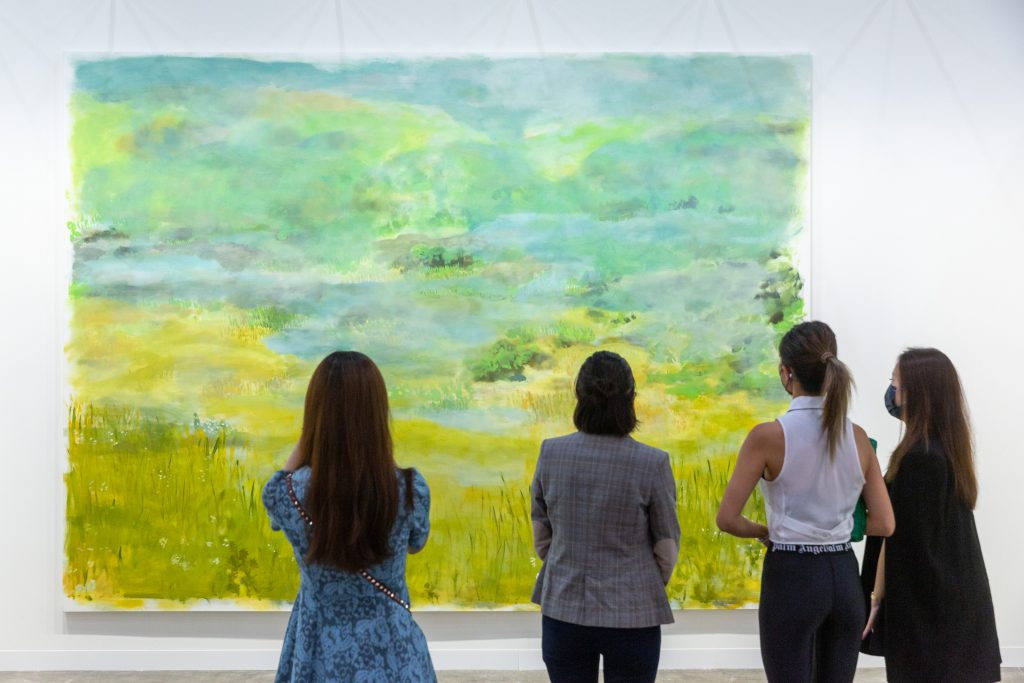 The reduced presence of international players at two of the city’s most important contemporary art fairs, Art Basel and Art Central, meant more exposure for local players. Even regional galleries from outside of Hong Kong, such as Vitamin Creative Space and TKG+, were presenting Hong Kong artists at Art Basel. Many dealers were pleasantly surprised to have sold to new Hong Kong-based clients.

“Maybe this is a start; maybe the ecosystem already exists,” says Angela Li, owner of the gallery Contemporary by Angela Li. “Regardless, it feels like this is finally happening.”

Over the past year, buyers set new auction records for work by Firenze Lai, Chris Huen, and the late Matthew Wong, who was born in Toronto but grew up and studied in Hong Kong. At Christie’s Hong Kong evening sale on May 24, works by Huen and Wong handily exceeded presale estimates, fetching HK$1.4 million ($177,130) and HK$30.2 million ($3.9 million) respectively. The sale, however, set a new record for Hong Kong painter Yeung Tong Lung, whose painting Staircase (2011) sold for HK$625,000 ($80,514), nearly 3.5 times its high estimate. 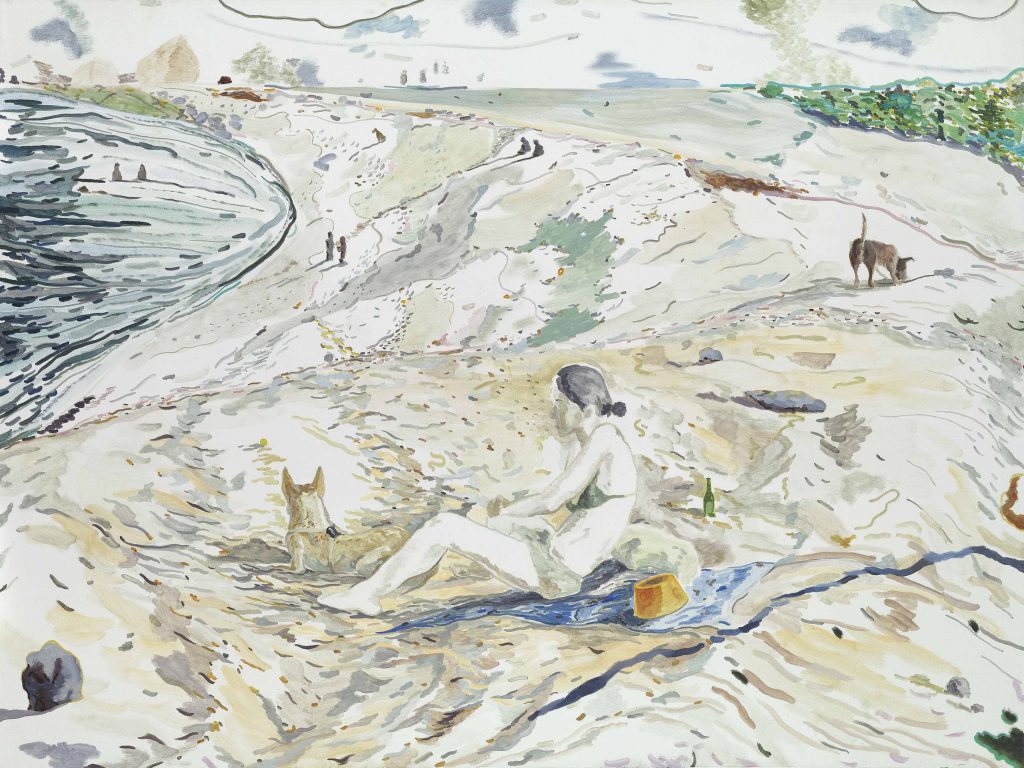 Artists and other creatives have historically struggled to maintain a presence in the city due to steep rents, but high-profile institutions such as the forthcoming M+ museum, the Tai Kwun Center, and the revamped Hong Kong Museum of Art—as well as new independent spaces and galleries—offer a growing number exhibition opportunities.

Meanwhile, the development of the West Kowloon Cultural District and art fairs from ART HK to Art Basel and Art Central have helped shift the narrative for private collectors. Hong Kong architect William Lim and his wife Lavina recently donated their Living Collection, which traces the development of Hong Kong art since the 2000s, to M+. Patrick Sun, whose Sunpride Foundation houses an LGBTQ+-themed collection, has been acquiring more work by Hong Kong artists ahead of a focused exhibition in 2022.

“There have been many outstanding exhibitions on Hong Kong contemporary art in the past two years,” Sun said, citing last year’s “Next Act: Contemporary Art from Hong Kong” at Asia Society Hong Kong Center and “Luke Ching: Glitch in the Matrix” at independent space Para Site. “Perhaps this phenomenon is due to [travel] restrictions, or maybe it is a reflection of the under-representation of local art for a long time. I’m happy to see this burgeoning art scene of Hong Kong talents in all its manifestations.”

The new price points may encourage those who never looked at Hong Kong art to finally pay attention, said collector Alan Lau, chair of local independent art space Para Site and co-chair of Tate’s Asia-Pacific Acquisitions Committee. But for him, the value of Hong Kong contemporary art lies well beyond the market. “Collectors buy works that they can connect with, regardless of where they come from,” he said. “They live here. They love the city, and they have this sensibility.” 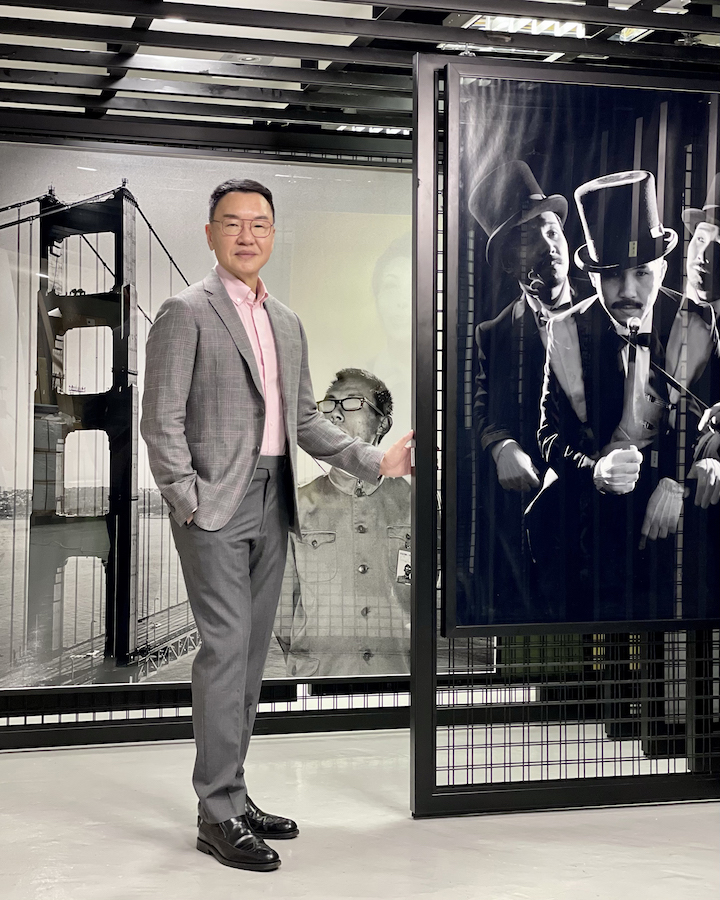 For the many expats who live in Hong Kong, local art provides a tool to better understand their adopted home. Jacobo Garcia Gil, who is originally from Colombia but moved to Hong Kong 13 years ago, acquired a work by Mak Ying Tung 2 from de Sarthe at Art Basel on Sunday.

Garcia Gil, who began collecting local art in 2014 when he established his Divide by Zero Collection, says the category now comprises one-third of his holdings. “The artistic expressions seen in Hong Kong art are coming from very deep places in people’s psyches,” Garcia Gil told Midnight Publishing Group News. “There is a strong sense of identity shift and people exploring this transition. There’s an intellectual affluence in Hong Kong.”

Yuri van der Leest, a Canadian-born collector who has been living in the city for more than a decade, has  also been focusing on Hong Kong art—including work by Andrew Luk, Stephen Wong Chun Hei and Luke Ching Chin Wai—since 2016. “The issues Hong Kongers grapple with are reflected back to me in the art on my walls,” Van der Leest said. “This helps me better understand my home and compatriots.” 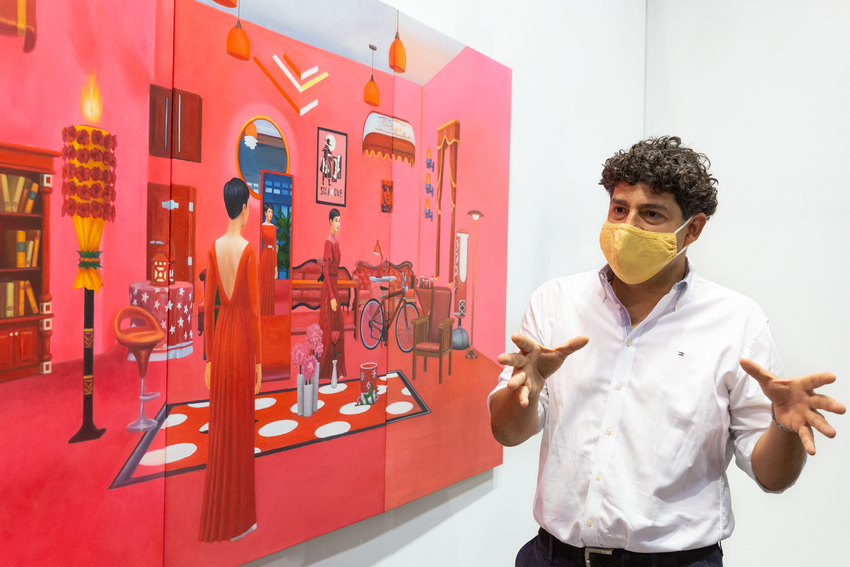 Hong Kong artists are facing new scrutiny both at home and abroad as anxiety over the implementation of last year’s national security law remains high—and demands renewed creativity. “Local artists are under a spotlight at the moment and this has positive and potentially challenging implications,” Van der Leest said. “We are getting new and exciting and engaging art that we might never have expected or encountered previously.”

Looking ahead, longtime supporters of Hong Kong art hope that the resumption of travel will serve to spread the gospel even further rather than accelerate a return to the status quo. “Ideally, Hong Kong artists should be internationally recognized,” Lau said. “The market may be just one stepping stone and offer them greater exposure and exhibition opportunities.”