The decision, made in a split 5–2 vote by a committee including four new Joe Biden appointees, none of whom are landscape architects, was not without controversy.

Sugimoto was tapped to lead the revitalization of the garden after putting his stamp on the institution through the recent renovation of its lobby. He called for expanding the museum’s historic reflecting pool to build a stage for performances.

The plan will include two new entrances and accessible paths throughout the garden, Beth Ziebarth, head of accessability at the Smithsonian, said at a public hearing held by the commission that was broadcast over Zoom.

“Universal accessibility is an overarching institutional initiative to provide equitable access to all visitors wherever possible,” she said. 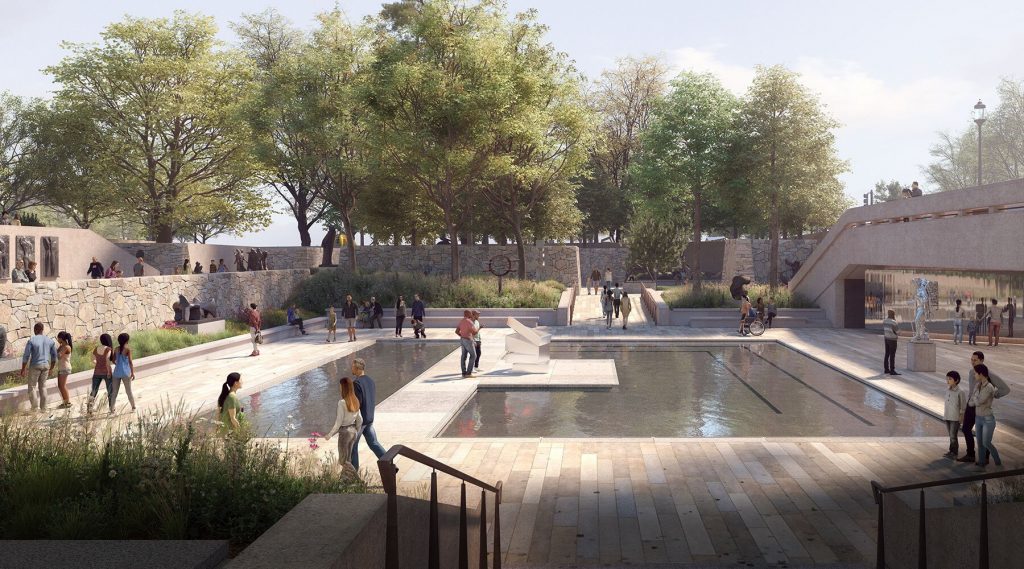 But Sugimoto’s design hit a roadblock when Cultural Landscape Foundation voiced its opposition, claiming that the proposed changes would harm the visions of architect Gordon Bunshaft, who designed the museum in 1974, and landscape architect Lester Collins, who led a 1981 redesign of the grounds.

At issue, among other elements, were Sugimoto’s plans to add stone walls inspired by Japanese dry-stacking techniques to the garden.

The museum contended that Bunshaft and Collins drew on Japanese gardens for their original designs, but the Cultural Landscape Foundation said the stone would be a disruption of the Modernist aesthetic of the garden, which exclusively features aggregate concrete. 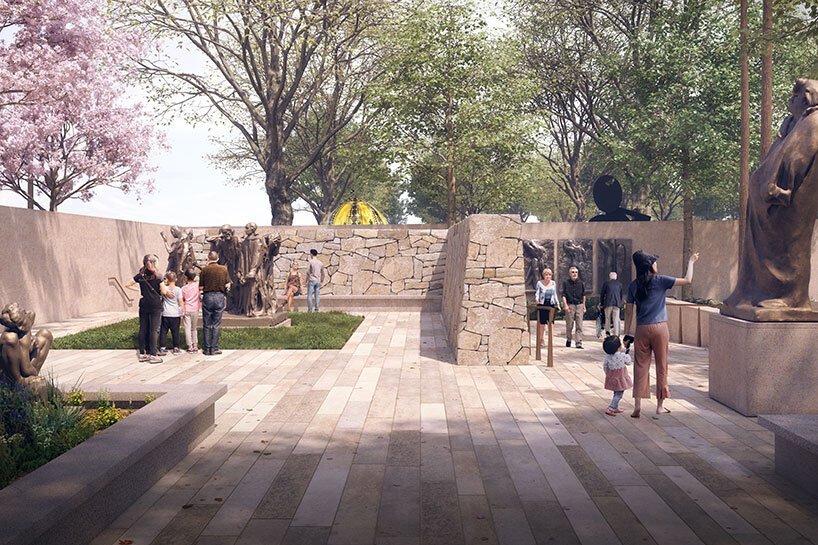 Although the redesign had received “concept approval” from the commission in 2019, Collins’s 1981 design had since become eligible for inclusion on the National Register of Historic Places.

The Cultural Landscape Foundation had hoped that the committee would reconsider preserving the property as work of art in its own right, as Bunshaft intended. (On its website, the Hirshorn says the architect imagined the space as “a large piece of functional sculpture.”)

But landscape architect Laurie Olin supported the redesign, writing in a report for the commission that the garden was “disjointed, tired, and in need of transformation,” and that Sugimoto’s design is “far superior” and “will add a worthy layer.”