Hiroshi Sugimoto is best known as a photographer. But in recent years especially, he has been branching out, overseeing or creating large-scale landscape projects in his native Japan, where he founded the Odawara Art Foundation, and the Hirshhorn Museum, where he has been tasked with redoing its sculpture garden.

We caught up with the artist to hear about his present-day concerns, his new cookbook, and what he’d like to ask Duchamp, given the chance. 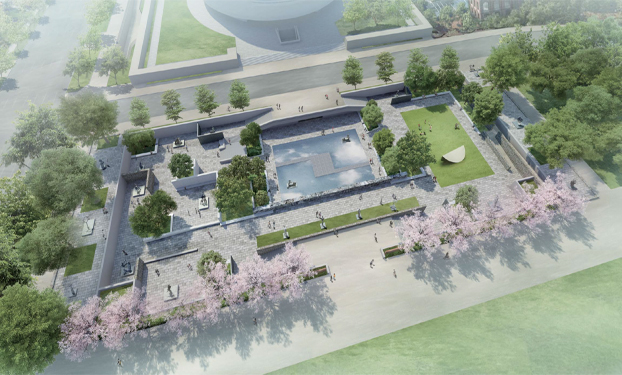 A rendering of Hiroshi Sugimoto’s new plan for garden at the Hirshhorn Museum in Washington, D.C. Courtesy the artist.

What are you working on right now? Walk us through the when, where, and how of your approach to this project on a regular day.

It is important to me to maintain the integrity of these earlier visions, while evolving the space into a sculpture garden of the 21st century, one that challenges modern interpretations to meet the needs of future visitors.

I am also working on the expansion plan and construction of the Odawara Art Foundation’s Enoura Observatory, which I consider to be the culmination of my career. This project will be built in the near future and will be known as Space of Emptiness. 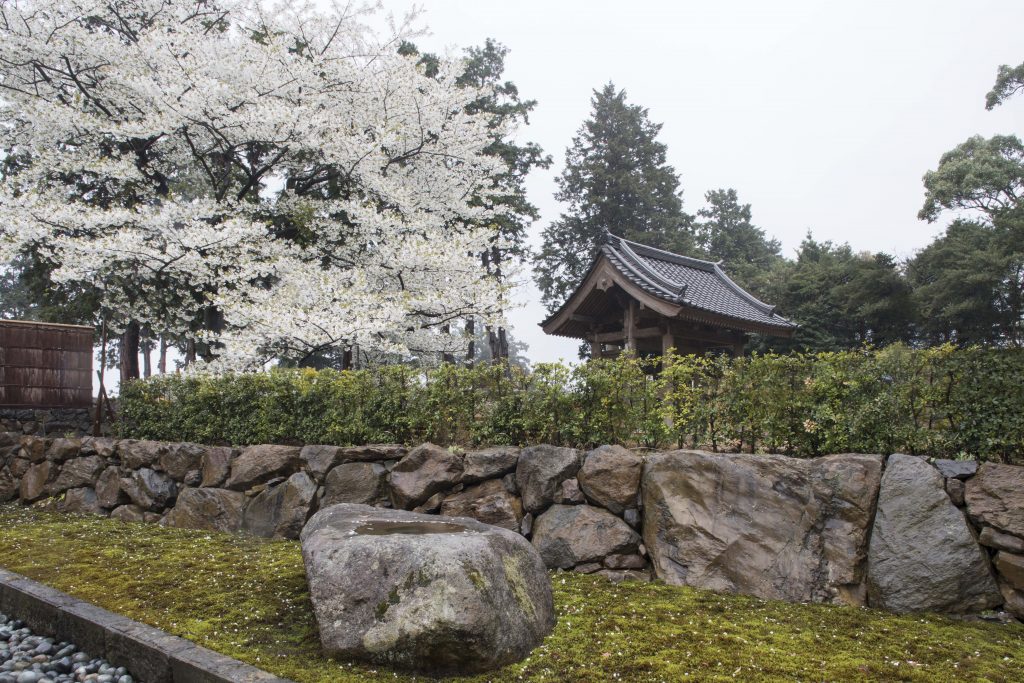 What is bothering you right now?

I have concerns that the 21st century will be a turning point in civilization. I fear we’re nearing the end of expanded reproduction and need a new economic model.

Knowing that the Flat Earth Society, a group that does not believe that the Earth is a sphere, still exists. And hearing a certain former US president saying that global warming is “fake news”.

In recent years, I have had many opportunities to be involved in theater and in music. For the 350th anniversary of the Paris Opera House two autumns ago, I directed the opening performance of a dance program influenced by Noh performance, based on W.B. Yeats’s play At the Hawk’s Well, reimagined into a modern dance using Noh actors and the Étoile of the Paris Opera Ballet.

I am also collaborating with the violinist Sayaka Shoji, who gave a notable concert in Tokyo last December with pianist Vikingur Olafsson. “Bartók’s Violin Sonata No. 1” is a difficult piece, but combined with Olafsson’s impressionistic performance, she played the modern, folk song-inspired masterpiece perfectly.

Shoji says she visualizes pictures as she performs. I’m conceiving a production that reimagines her inner visualizations as a video work that accompanies her live performance.

My favorite work is a Buddha statue by Enkū that I recently purchased. Enkū, a Buddhist monk, lived in the 17th century and is said to have carved 120,000 Buddhist statues in his lifetime while traveling across Japan. Of these, 5,300 are still in existence. Until his death at 63, he carved an average of eight figures a day. This statue may have been enshrined in a small hall. At some point bees built a nest over the face of this wooden Buddha, leaving countless natural holes. As a result, it has become a collaboration, so to speak, between the monk Enkū and bees. To me, it is a form of faith that was miraculously manifested by nature’s indescribable modeling. 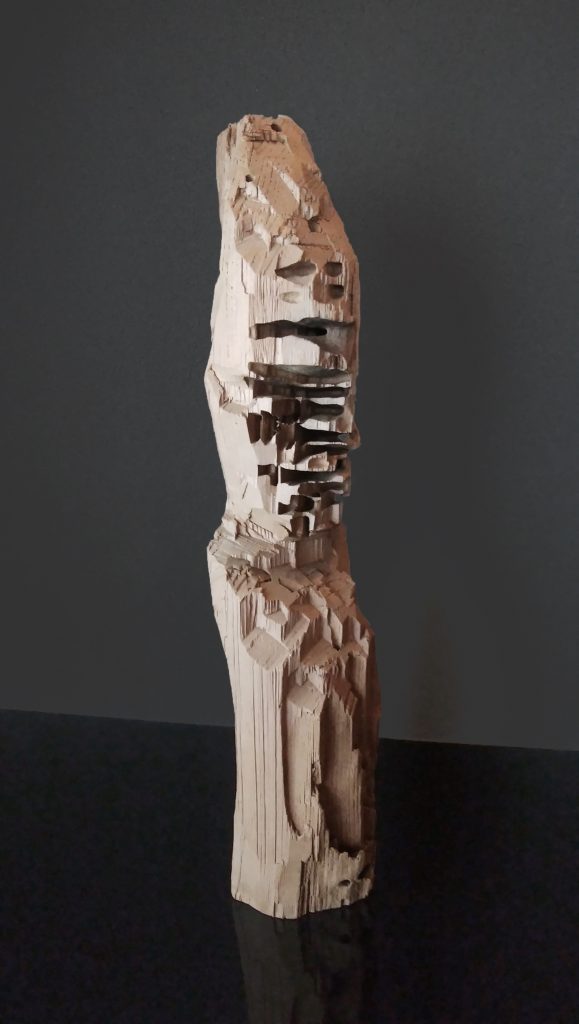 While I’m considered to be a contemporary artist, my heart belongs to ancient and medieval times, especially 12th-century Kyoto. In this sense, I live in anachronism.

What is your guilty pleasure?

Exposure to silver iodide. My work as a photographer extracts beautiful images from this poison.

Cooking is my favorite art. Last year, my first cookbook was published. The most popular dish in Tastes of Art is an egg soufflé branded with a iron. It’s best enjoyed hot. 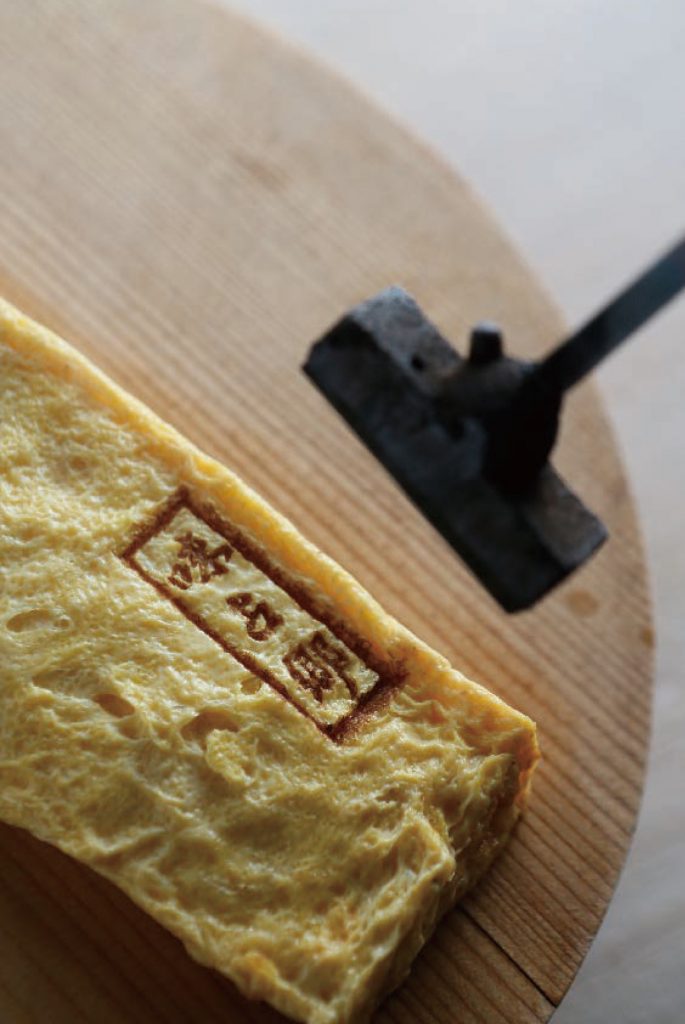 Mozart and Duchamp in their final years.

In Mozart’s Symphonies 29, 30, 31, “The Magic Flute” and “Requiem”, I hear the spiritual dance transcending and the messenger of the night calling to him. I’d like to ask him about that.

Duchamp made his last work in secret. I wish I could ask him to explain its complexities.