Here’s the Real-Life Story Behind ‘Reefa,’ a New HBO Max Film About the Life and Death of a Miami Street Artist


This weekend, a new biopic of sorts will arrive on HBO Max, telling the story of Israel Hernandez-Llach, a real-life Miami street artist who was killed by police in August 2013.

Hernandez-Llach, 18 at the time, was spray-painting an abandoned McDonald’s when a local police unit approached. The artist fled; the officers chased and ultimately stopped the high-schooler with a taser. Hernandez-Llach later died in their custody.

After dropping their target, the officers exchanged high-fives, according to the young artist’s friends who witnessed the incident.

Dramatized versions of those moments form the climax of Reefa, the film written and directed by Miami-based filmmaker Jessica Kavana Dornbusch and named after Hernandez-Llach’s graffiti name.

The rest of the movie, meanwhile, lays out the stakes for the titular subject in the summer leading up to that fateful night, often with a heavy dose of creative license.

Hernandez-Llach is depicted as a voraciously creative, constantly skateboarding, and skirting choleric cops through neon-lit streets, or butting heads with his father, a Colombian immigrant anxiously awaiting the arrival of green cards for his family. He wants to move to New York for art school.

The film opens with the street artist plotting his “magnum opus”: a statement mural on a derelict Miami hotel (a stand-in for the McDonald’s) that will introduce him to the city’s art world.

“I wanted to focus on Israel’s life in the last couple of weeks before he passed away,” Dornbusch told CBSMiami in April. “He had just gotten an art scholarship. He was about to go to New York. He had found love for the first time. He was spending time painting and time with his family and friends, and then the tragic ending.”

Originally meant for the 2020 Miami Film Festival (which was canceled because of the pandemic), Reefa debuted this spring on video-on-demand and in a few theaters. The movie will likely command its biggest audience yet when it hits HBO this weekend.

“Sadly, we could not plan a more timely moment in history to release this film,” Dornbusch said. “I think it will resonate. It puts a name and a face to the statistics.”

Dornbusch worked on Reefa for more than six years, she explained in a recent blog post. Getting the project off the ground was a grind involved multiple fundraising efforts and a run-in with the Miami Beach police that resulted in the production temporarily being shut down.

Tyler Dean Flores, the Harlem-born, Puerto Rican actor who plays Hernandez-Llach in the film, told CBS that he hopes “it raises a ton of awareness on his case and plenty of other cases that involve police brutality.” 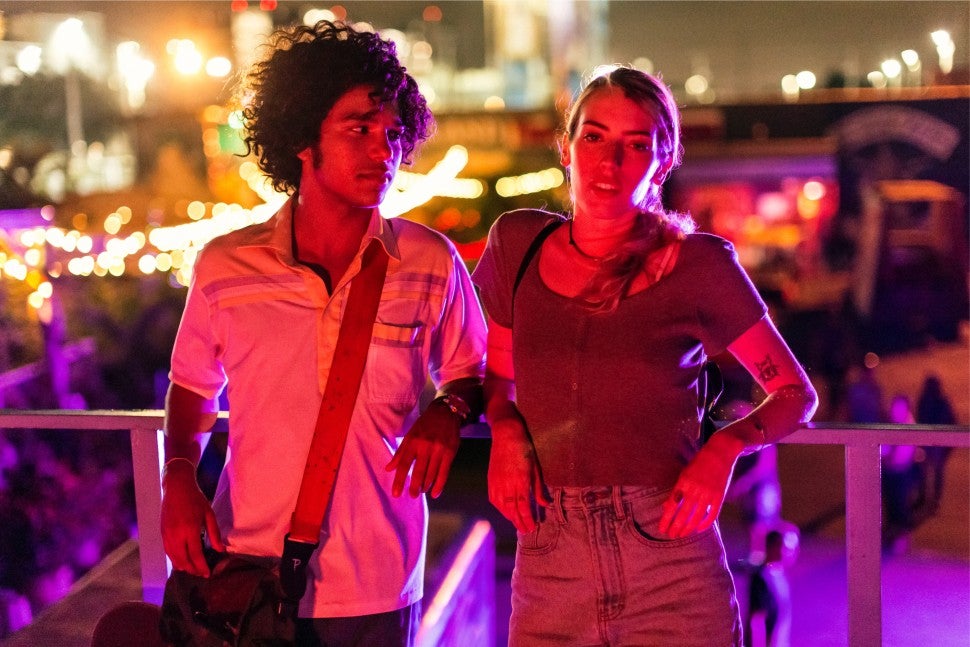 A still from Reefa (2020). Courtesy of Vertical Entertainment.

Following their son’s death, Hernandez-Llach’s parents held a press conference in which they called for an independent investigation. Roughly two years later, in 2015, a Miami-Dade attorney announced that no criminal charges would be filed against the officers involved in the incident, saying that medical examiners had determined the death to be accidental.

In 2017, the City of Miami Beach reportedly paid $100,000 to settle a wrongful-death lawsuit filed by the victim’s family. They admitted no wrongdoing.