Here Are the 14 U.S. Museum Shows That Matter This Fall, From a Survey of 21st-Century Feminisms in Berkeley to a Radical Art Rediscovery in Atlanta


As museums begin to reopen in the United States, we cast an eye over upcoming exhibitions for those that promise the most urgent and notable art of our time. The resulting list contains a diverse roster of 14 shows—by solo practitioners and groups chosen by keen-eyed curators—coming to museums from coast to coast.

Some exhibitions will introduce you to artists you may not know, like Bani Abidi at the MCA Chicago, Michaela Eichwald at the Walker Art Center, and Nellie Mae Rowe at the High Museum. Others will offer new insight into artists or eras of artistic production you thought you knew, from a spotlight on Georgia O’Keeffe’s photography in Houston to a sweeping feminist art survey in Berkeley.

Regardless of what city you’re in, this fall’s season of museum programming is bound to open both eyes and minds. 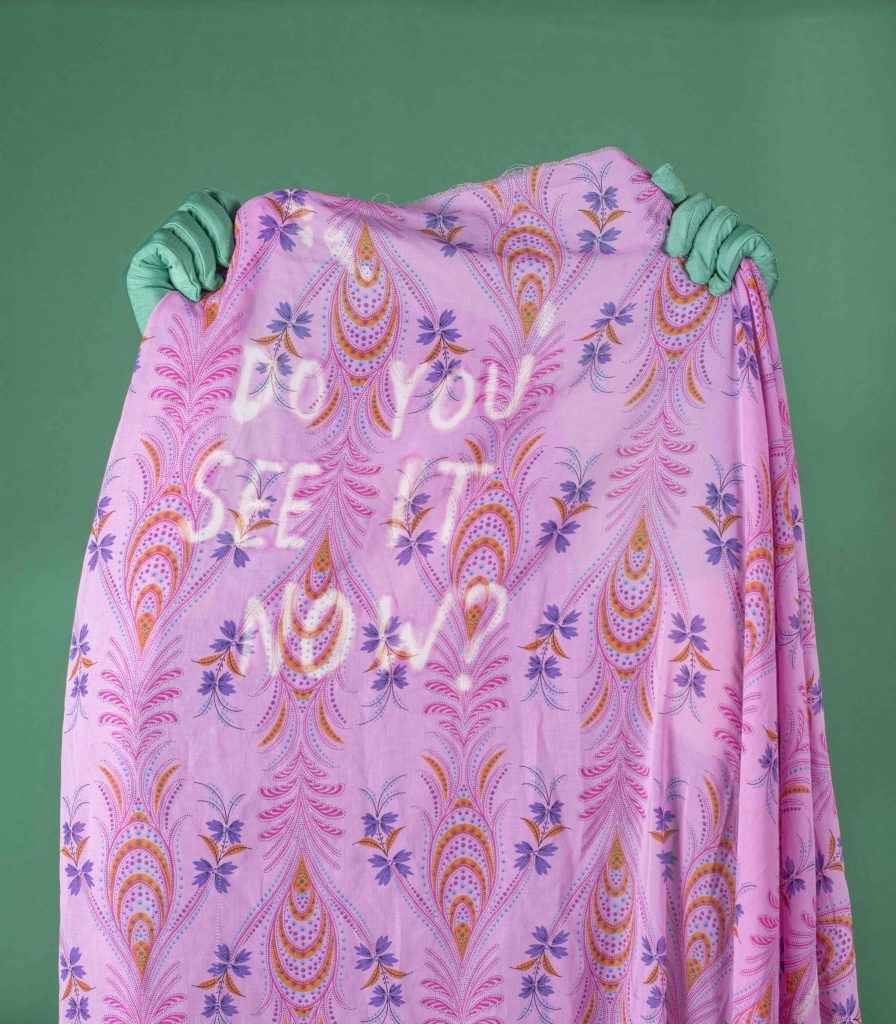 With 140 works by 76 artists and collectives, this exhibition at the U.C. Berkeley Art Museum and Pacific Film Archive is one of the largest to date on contemporary feminist art, and will coincide with a year of public programming focused on feminist theory. Works by the likes of Laura Aguilar, Christina Quarles, Zanele Muholi, Wu Tsang, and Francesca Woodman are included, tackling such topics as the fragmented body, domesticity, female anger, and feminist utopias. 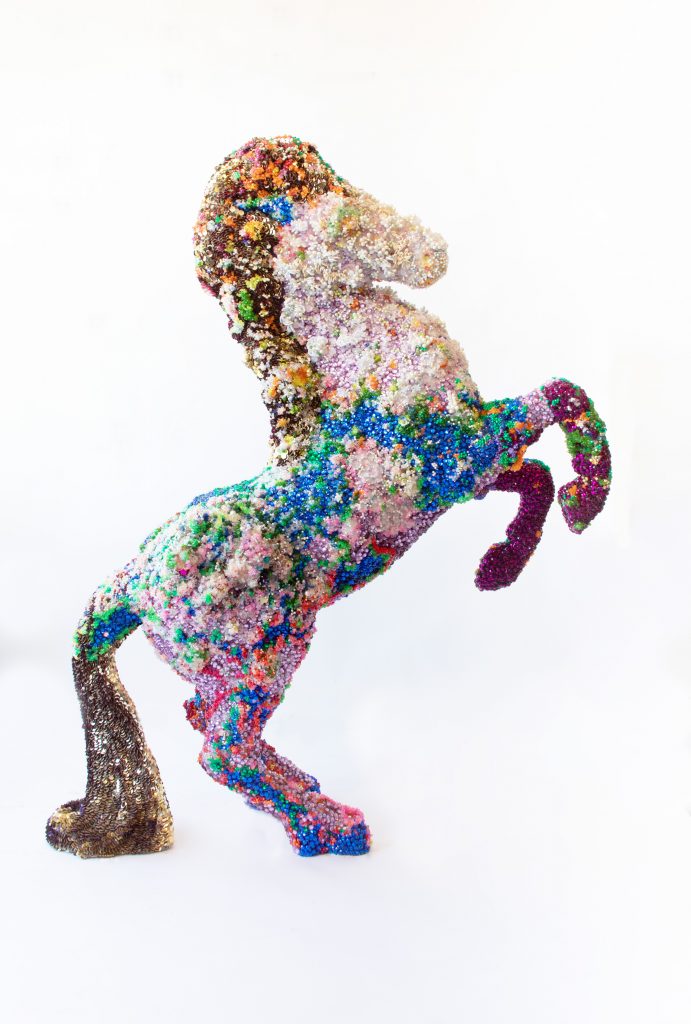 Multidisciplinary artist Raúl de Nieves is adored for his exuberant works that blend queer club culture, religious iconography, and folklore traditions from his native Mexico. Here, the artist continues his ongoing exploration of his culture and its traditions through a new body of work, created especially for the ICA, that looks at memory and personal transformation. 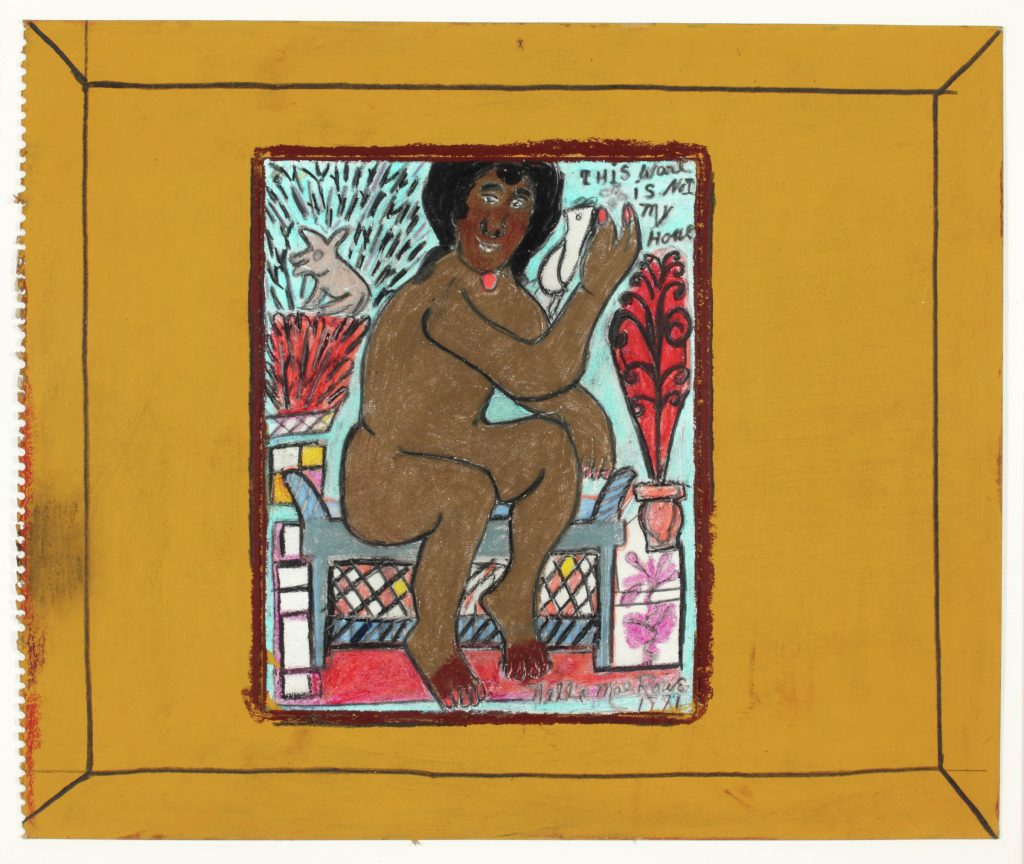 Nellie Mae Rowe, This World is Not My Home (1979). Photo courtesy of the High Museum of Art, Atlanta.

Born in Georgia in 1900, the daughter of a formerly enslaved man, Rowe achieved fame as a self-taught folk artist. The first major exhibition devoted to Rowe in more than 20 years celebrates the late artist’s notable drawing career, which was only fostered later in her life, after the deaths of her husband and employer, in the 1960s. The museum bills the show as the first to position Rowe’s creative pursuit as a “radical act of self-expression and liberation in the post-civil rights-era South.” 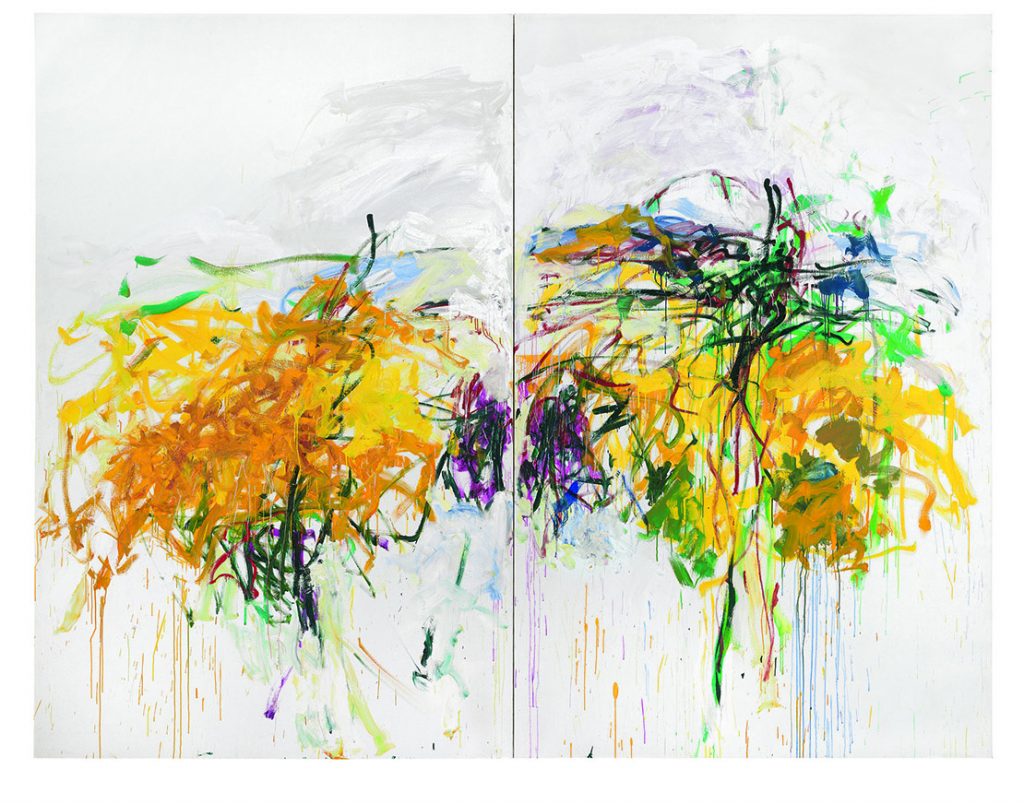 This highly anticipated retrospective devoted to the queen of gestural abstraction contains over 80 works, encompassing everything from early paintings and drawings, sketchbooks, letters, and photographs to the large, color-drenched, multi-panel works that defined her later output. 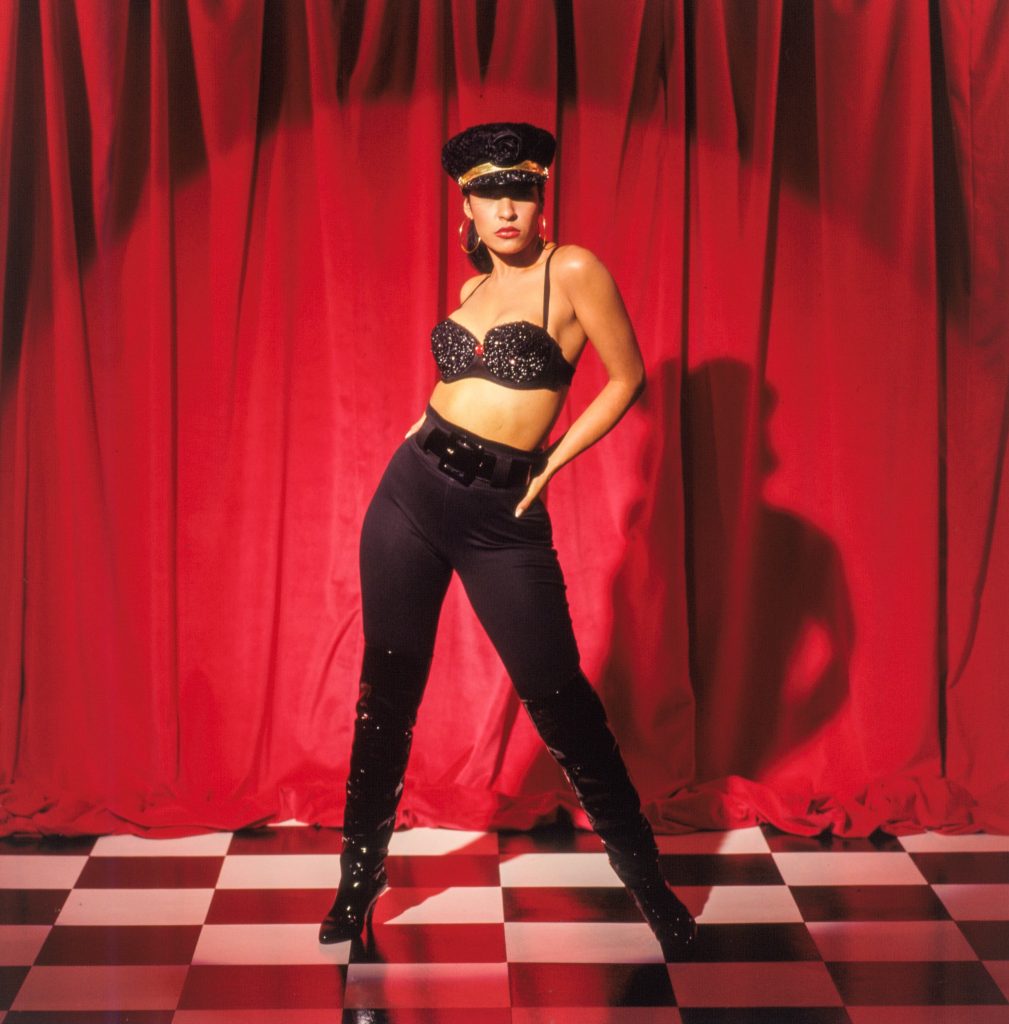 At the height of the beloved Tejano singer’s fame, it was photographer John Dyer whom she entrusted to produce the images of her that were seared into the American pop-culture consciousness. Over the course of two collaborative photoshoots, in 1992 and ‘94, Dyer captured the legendary Selena Quintanilla-Pérez in her signature gemmed bustier and red lip, pictures that became immortal after her tragic death in 1995.

“Bani Abidi: The Man Who Talked Until He Disappeared”
Museum of Contemporary Art, Chicago
September 4, 2021–June 5, 2022 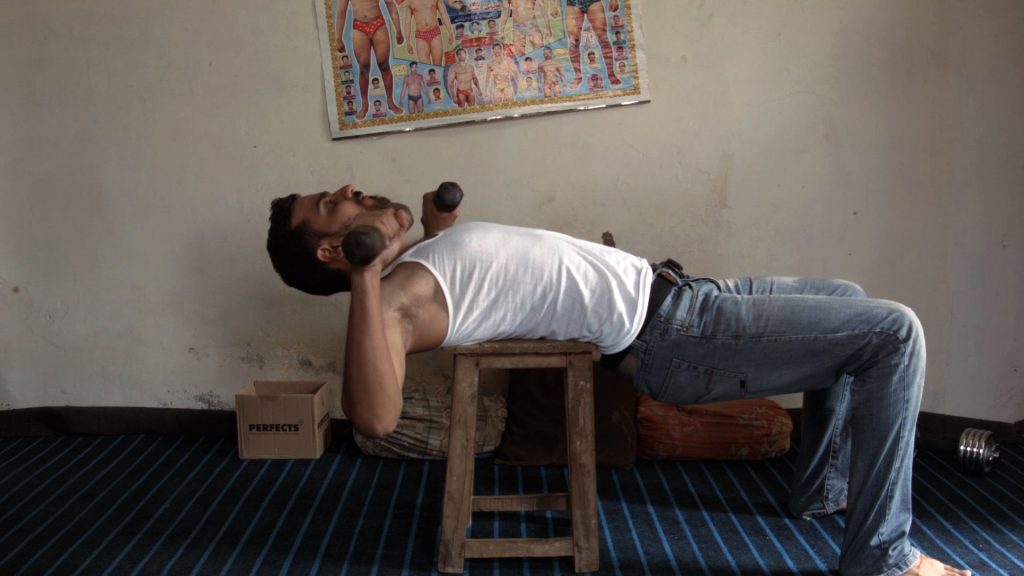 Bani Abidi, An Unforeseen Situation 4. Courtesy of the Museum of Contemporary Art, Chicago.

Bani Abidi’s work infuses deadly serious subjects like militarism, nationalism, and memory with humor, holding up a mirror to power structures. The Pakistani artist, who lives in Karachi and Berlin, gets the survey treatment at the MCA, co-organized with the Sharjah Art Foundation, in a show that looks at over 20 years of her career and features new work alongside existing video, photography, and sound installations. 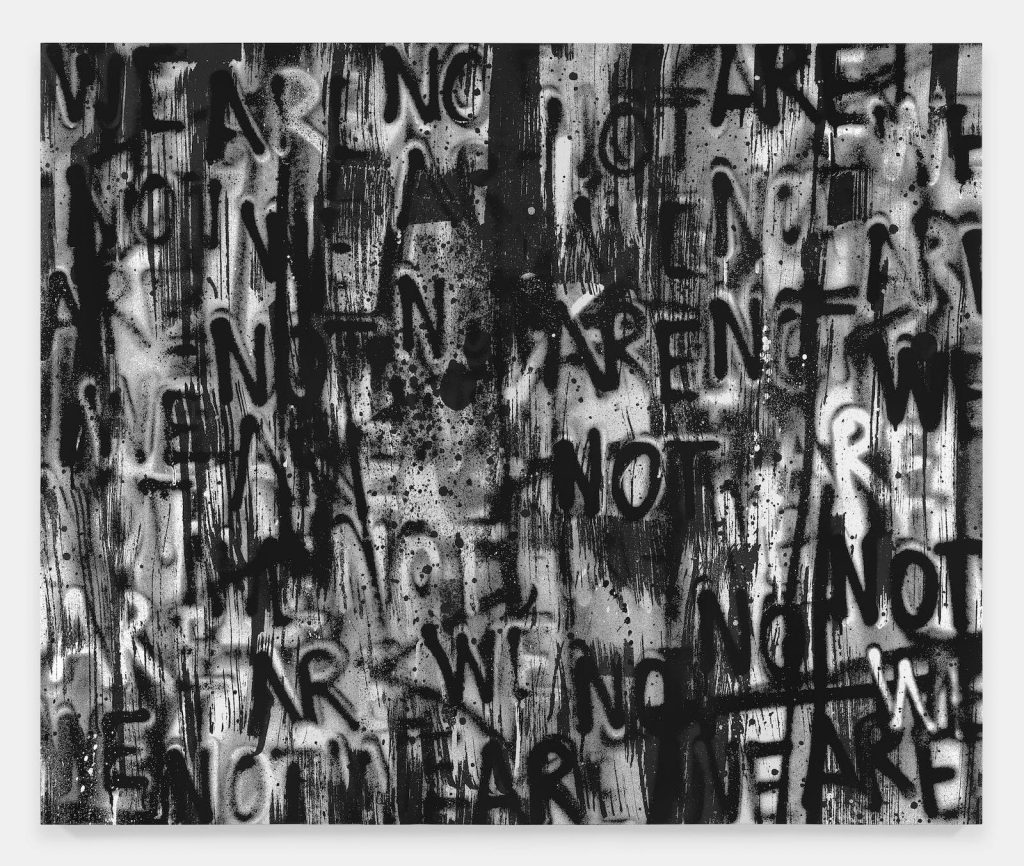 Adam Pendleton, Untitled (WE ARE NOT) (2021). Image courtesy of the artist.

Pendleton, who has put forth a “Black Dada” framework inspired by Amiri Baraka, ambitiously takes over MoMA’s Marron Atrium with an immersive floor-to-ceiling installation described as a “spatial collage” containing text, image, and sound. All together, the show’s paintings, drawings, textiles, sculptures, and moving images seek to disrupt the 1:1 relationship of words and images, allowing a complex new vision of Blackness to emerge in abstraction. 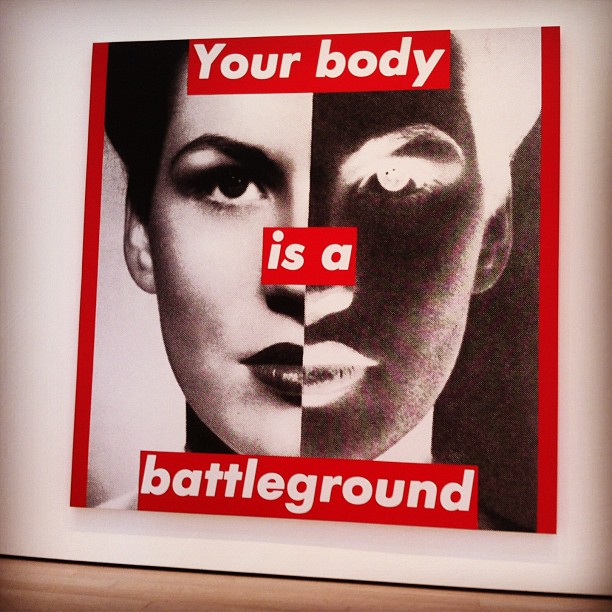 Barbara Kruger’s Untitled (Your Body is a Battleground) (1989), at the Los Angeles County Museum of Art in 2013. Photo by Susan Broman via Flickr.

The prolific Pictures Generation artist has collaborated with the Art Institute to map out a survey of her entire career that takes up the whole of the museum’s 18,000-square-foot gallery space. It’s all here, and squirm-inducingly relevant: her trademark “pasteups,” works on vinyl, animations, and video installations, plus a new site-specific work in the adjoining atrium. On top of this, Kruger has created work for the city at large, making billboards and designs for the Chicago Transit Authority, among other organizations. 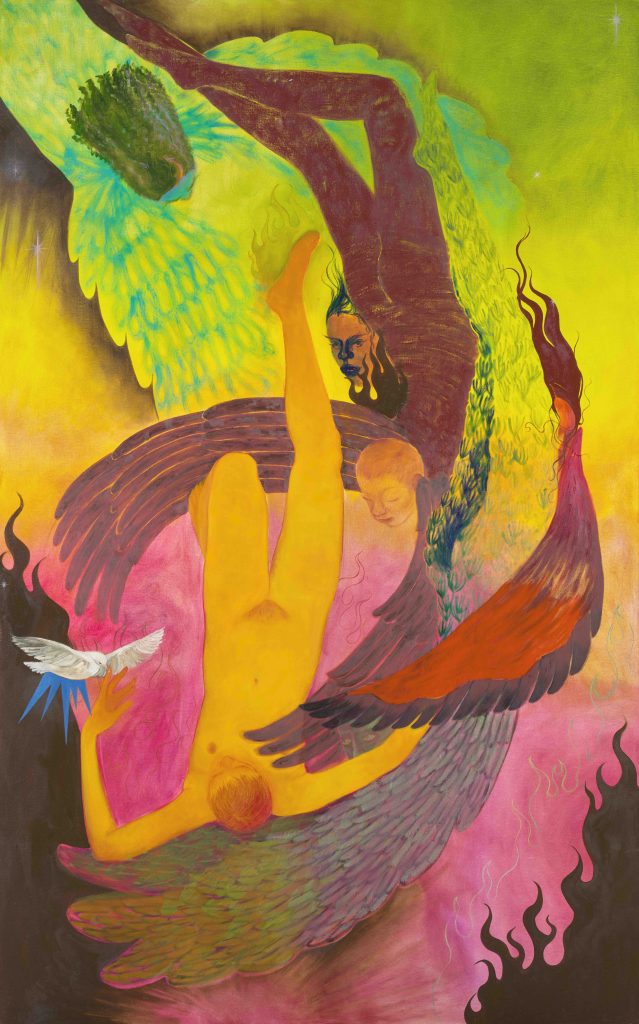 Naudline Pierre, Lest You Fall (2019). Courtesy of the Dallas Museum of Art.

Pierre is known for her colorful canvases that depict ethereal beings and explore power struggles in intimate relationships. The Brooklyn-based painter’s first solo museum exhibition will consist of existing works—one of which was recently acquired by the DMA—as well as new creations, with five major paintings making their debut. 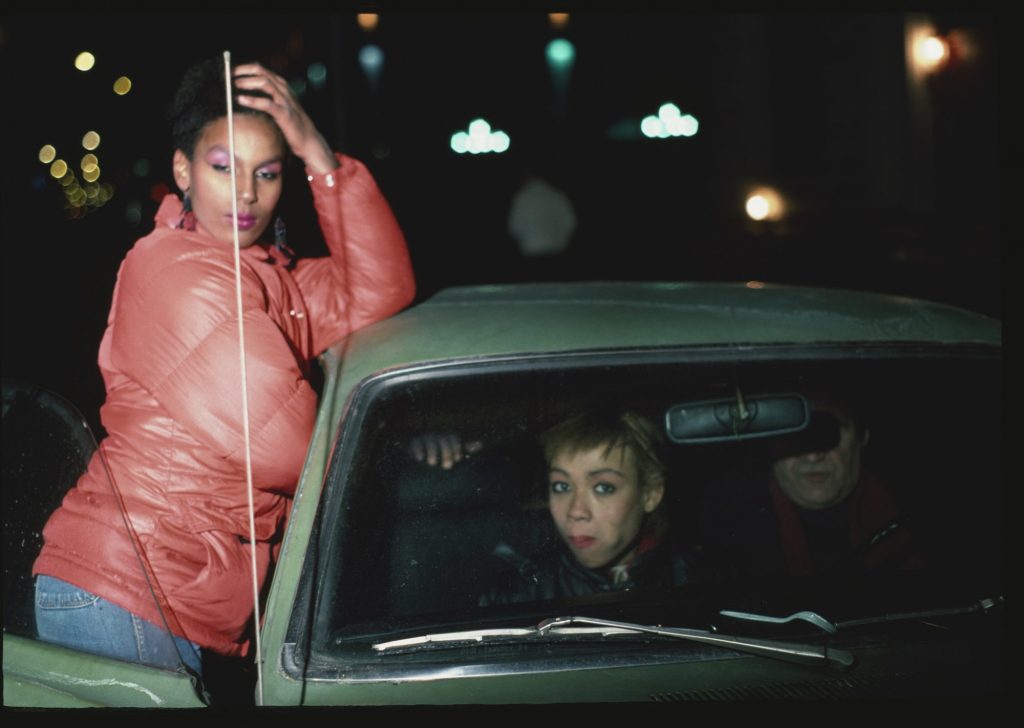 One of the hottest survey exhibitions of new art from across New York’s five boroughs is back for its fifth iteration. This latest edition, curated by Ruba Katrib with Serubiri Moses, Kate Fowle, and Inés Katzenstein, was delayed by a year due to the pandemic, but still promises to showcase the best of artists and collectives currently working in the Big Apple, including Carolyn Lazard, Alan Michelson, and BlackMass publishing. 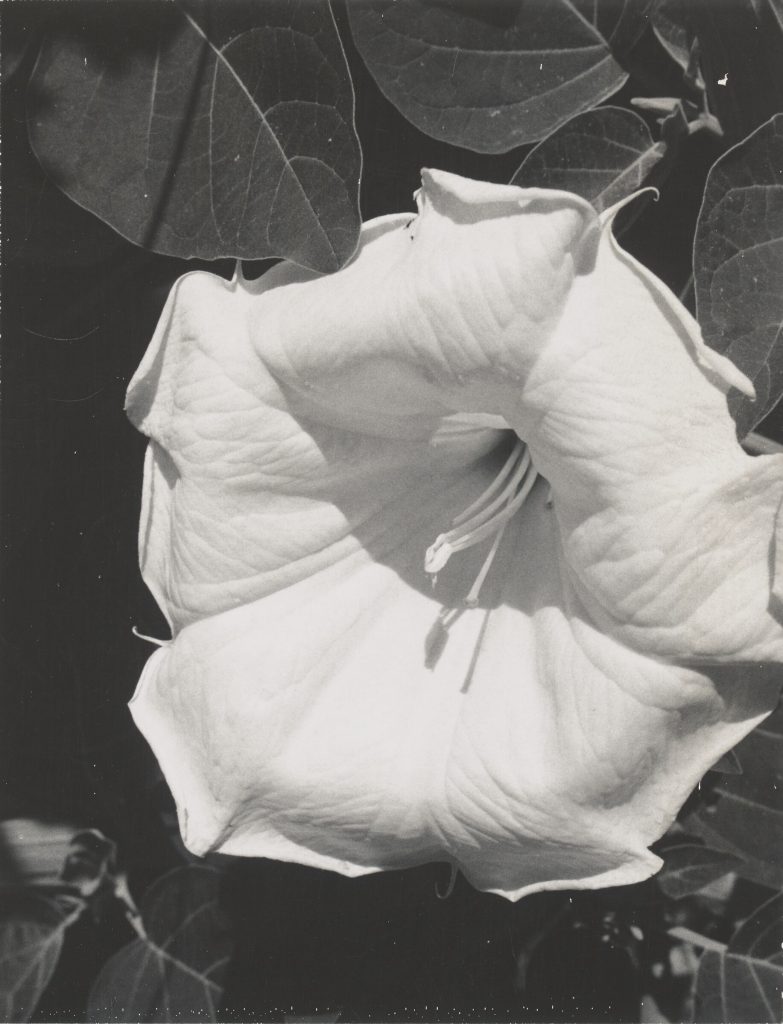 The artist best known for her paintings of flowers and Southwestern landscapes is recast here in the first exhibition to focus entirely on her photography, with nearly 100 prints from a newly examined archive to go on view. Described as a “Modernist approach” to the art form, O’Keeffe’s pictures document family members, fellow artists, and her travels. 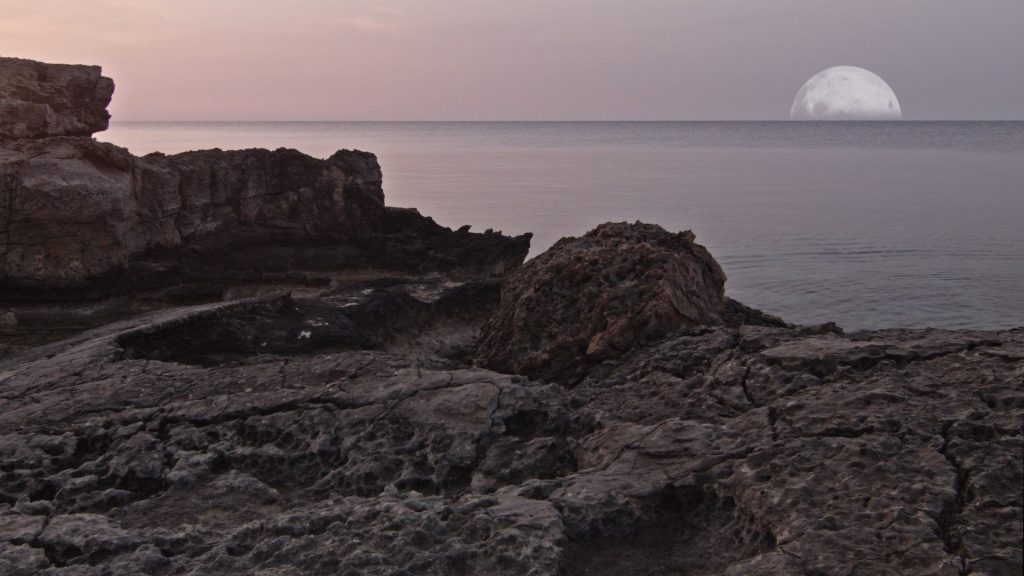 The latest triennial from the downtown institution draws its title from a Brazilian proverb: “Água mole em pedra dura, tanto bate até que fura,” meaning “soft water on hard stone hits until it bores a hole.” Curators Margot Norton and Jamillah James have translated this idea into an exhibition of 41 international artists focused on how systems we once considered infallible have been, in fact, proven fragile by recent global crises. 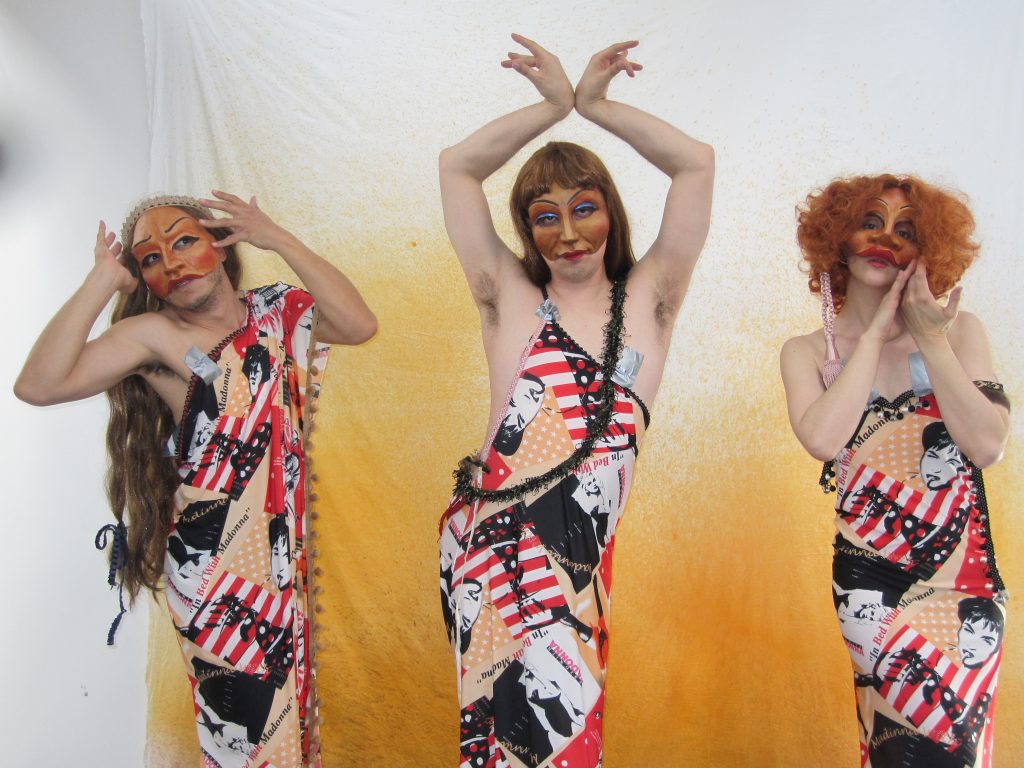 For the occasion of the performance trio’s 20th anniversary, the Whitney has commissioned a new filmic piece, Rose Bird, about California’s first female chief Supreme Court justice, to accompany this two-part survey of My Barbarian’s work. A series of live events—including a play, a festival, a cabaret-style concert, and a “rehearsal-as-performance”―will be enacted alongside an exhibition containing footage of previous performances, in addition to sculptures, paintings, drawings, masks, and puppets.

The Berlin-based artist and writer, who is primarily a painter, marks her first solo exhibition in the United States with a presentation looking back at the past ten years of her career. Her palimpsest-like paintings, sculptures, and collages contain surprising materials like candy and chicken bones, and often allude to her interests in philosophy and literature.