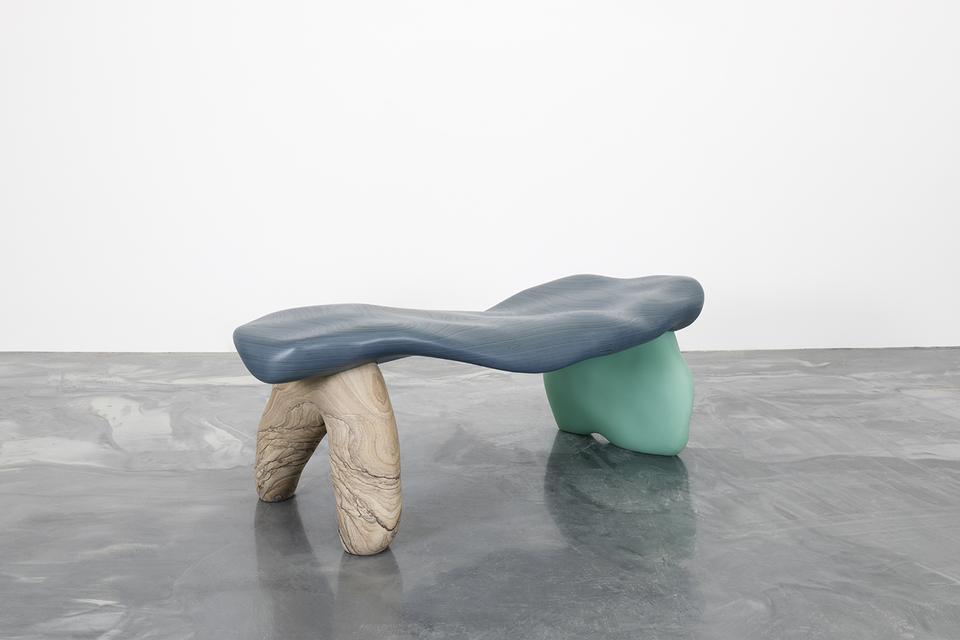 Multi-hyphenate artist Daniel Arsham is presenting his first solo exhibition of design objects at Friedman Benda’s Chelsea gallery. The collection, dubbed “Objects for Living,” comes on the heels of Arsham’s first foray into “Objects for Living” that debuted as part of Design Miami in 2019. The suite of furniture objects was a fictional version of the Long Island home he grew up in, built by architect Norman Jaffee in 1971; the second collection was inspired by Arsham’s time at home during the pandemic. 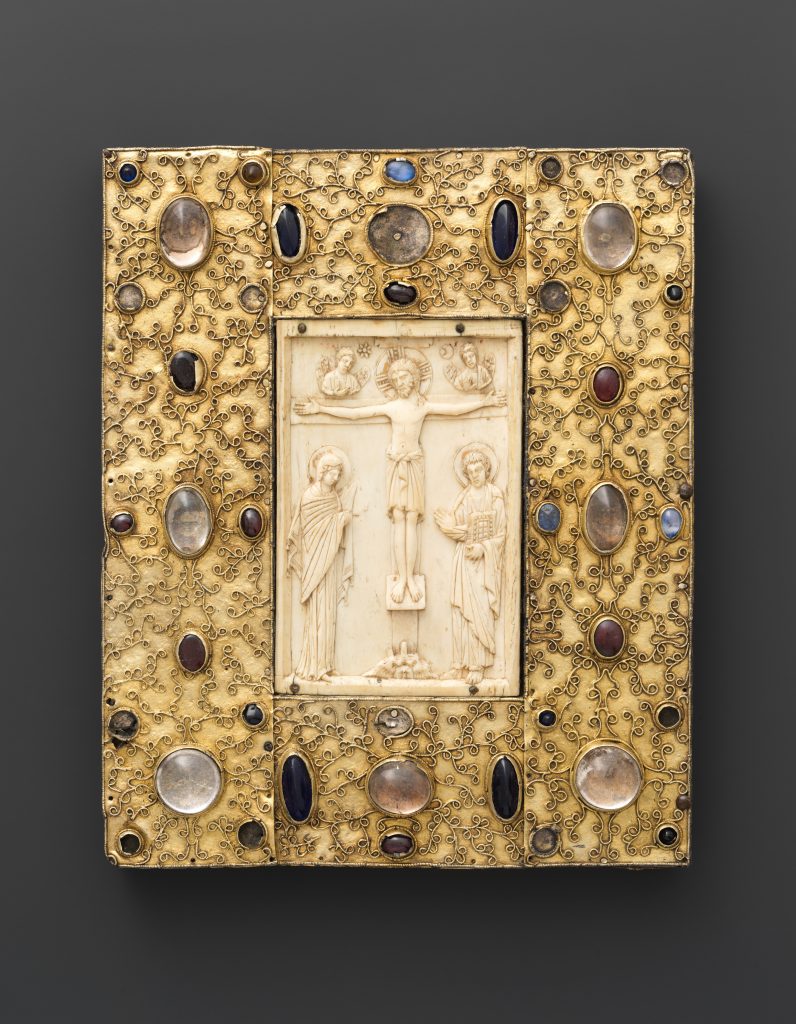 Artifacts from outside the Christian faith are going on display in the Met Cloister’s Fuentidueña Chapel gallery for the first time in this exhibition on the overlapping artistic traditions of the rival Christian, Muslim, and Jewish communities in Medieval Spain. The works on view date from 1000 to 1200, and illustrate shifting power balances between the three faiths over the centuries.

3. “Artists and The Solidarity Economy: Nati Linares and Caroline Woolard of Art.coop in Conversation” at the Art Students League, New York

The Art Students League hosts a virtual conversation with Nati Linares and Caroline Woolard, founders of Art.coop, about how art schools can help build a more equitable art world by embracing BIPOC artists and cultural workers. 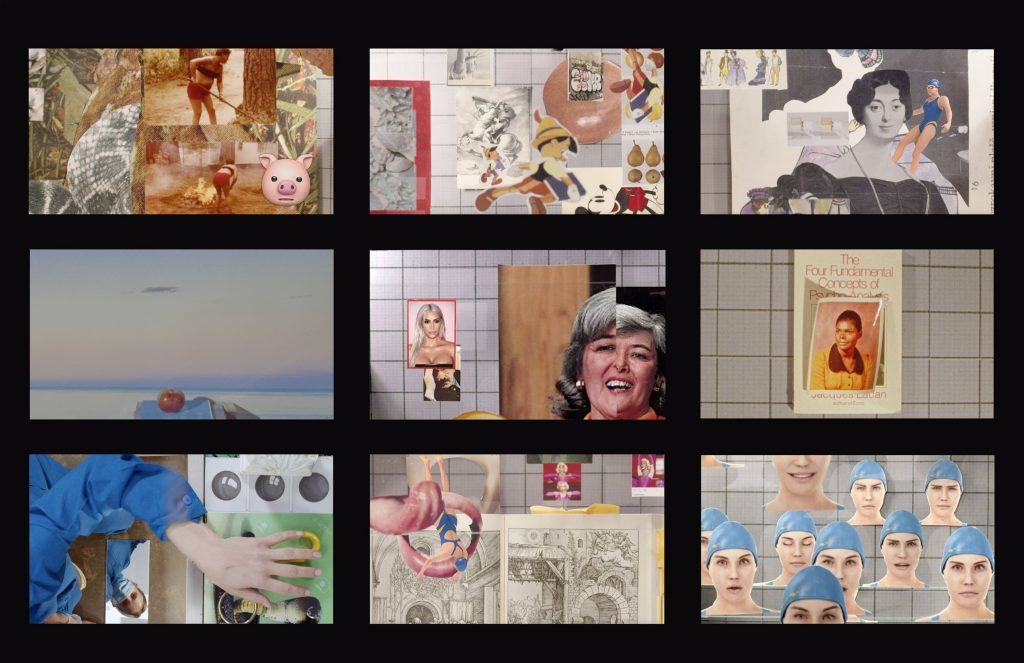 A still from Sara Cwynar’s Glass Life (2021). Courtesy of the artist and Foxy Production.

The title of Sara Cwynar’s new exhibition (as well as her recently-published monograph) comes from The Age of Surveillance Capitalism, Shoshana Zuboff’s 2018 book that—among other things—details the ways in which corporations have exploited advanced imagining techniques to gather unprecedented amounts of behavioral data about all of us. We’re stuck living a “glass life,” Zuboff says, on display and yet tricked into thinking we’re free; our only recourse is to seek out “increasingly complex ways to hide.”

But in the six-channel film at the center of Cwynar’s show, the artist isn’t hiding. Instead, she’s contending with Zuboff’s idea in real time, musing on figures like Euripides, Shakespeare, and John Maynard Keynes while the screen fills with images she’s amassed on hard drives over recent years: of cartoons and artworks, of food and found photographs. The whole thing feels like a fever dream experienced in a Google wormhole. 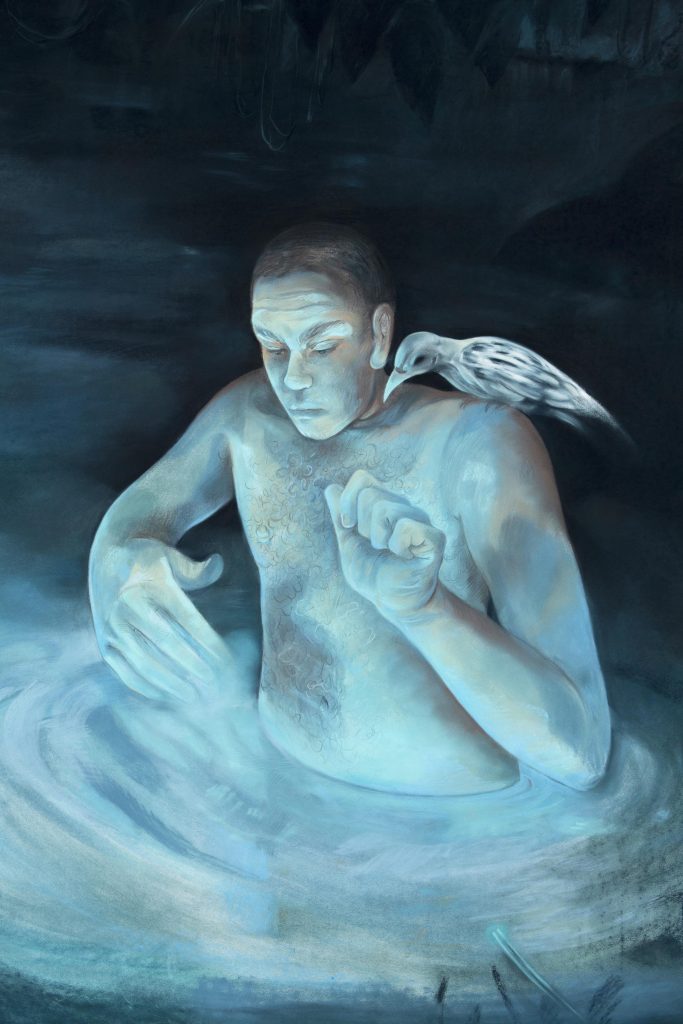 5. “Alina Perez: No One Recognizes You as a Puddle” at Deli Gallery, New York

Yale MFA grad Alina Perez’s debut solo show opens at Deli Gallery this Wednesday. Large-scale works in charcoal and pastel emit a striking luminescence, as seen in Keep Still (above), with the light adding to the moodiness of the depicted figures. The title of the exhibition is taken from a poem by late Chicana cultural theorist Gloria Anzaldúa, which contemplates the losses one may experience when on the journey to self-awareness. 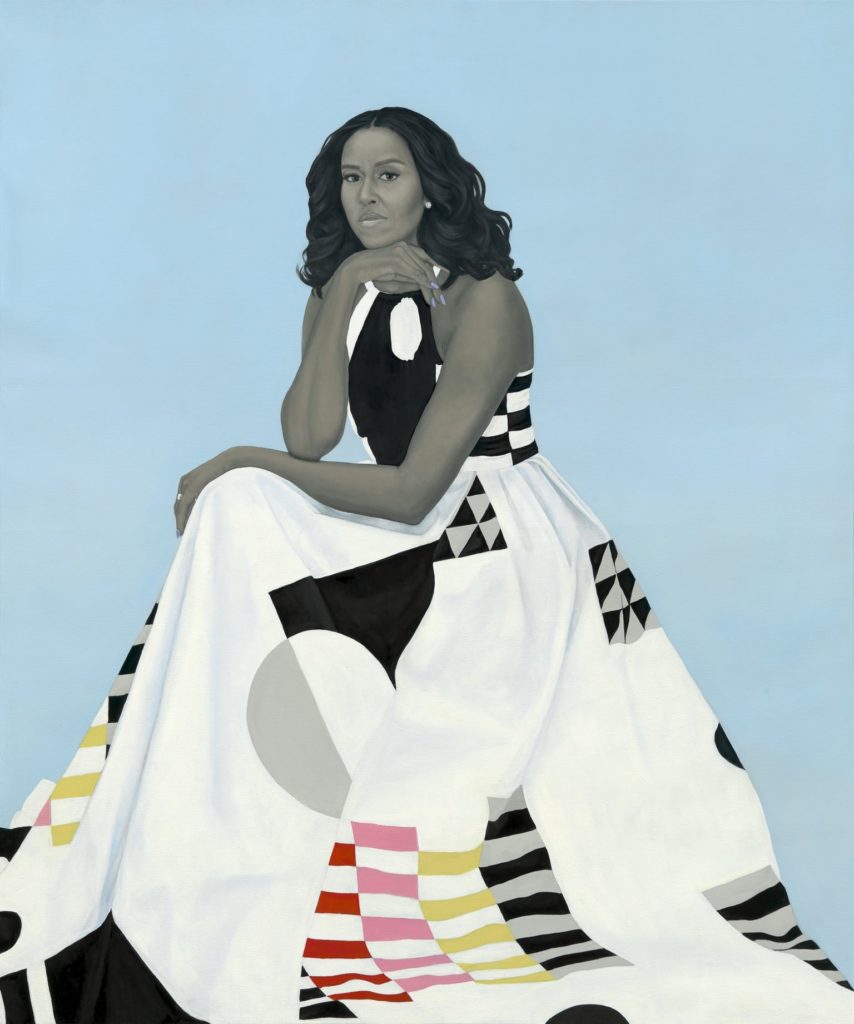 6. “Brooklyn Talks: The Sartorial Vision of Michelle Obama” at the Brooklyn Museum

We all know Michelle Obama is the GOAT—the first Black woman to be First Lady of the United States, she helmed significant initiatives including Let’s Move, Let Girls Learn, and Joining Forces, went on to write a best-selling memoir and launch a Netflix production company with Barack… and she always looks amazing. Enter Meredith Koop, Obama’s longtime stylist and image strategist who helped refine Obama’s personal style and usher in a new kind of First Lady—one who’s clothes people actually want to wear. Koop will join fashion historian Kimberly M. Jenkins to discuss honing Michelle’s signature look, and the intersection of fashion and politics in general. 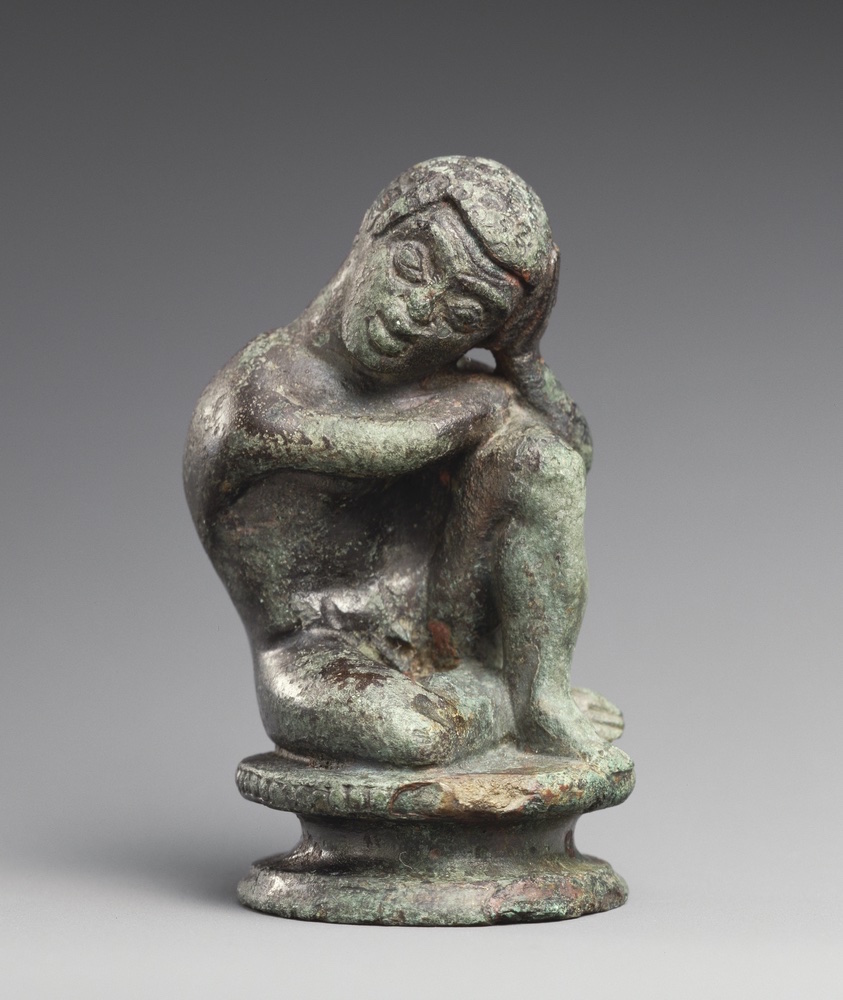 7. “Art Break: Seeing Blackness in Greek and Etruscan Art” a virtual talk hosted by The Getty

This is the latest of a series of Getty virtual events which focus on Black representation in the arts. Experts will focus on a 2,500-year old Etruscan bronze statuette to confront simplistic modern assumptions about race and servitude. They will explore how meanings change when images of Blackness move between cultures and over the course of time. The talk features antiquities curator Claire Lyons and Sarah Derbew, assistant professor of classics at Stanford University.

Derbew’s research focuses on literary and artistic representations of Black people in ancient Greece. She is currently finishing her book, Untangling Blackness in Greek Antiquity (to be published in 2022). Since joining the Getty in 2008, Lyons has curated exhibitions including “The Aztec Pantheon and Art of Empire” (2010) and “Sicily: Art and Invention between Greece and Rome” (2013). 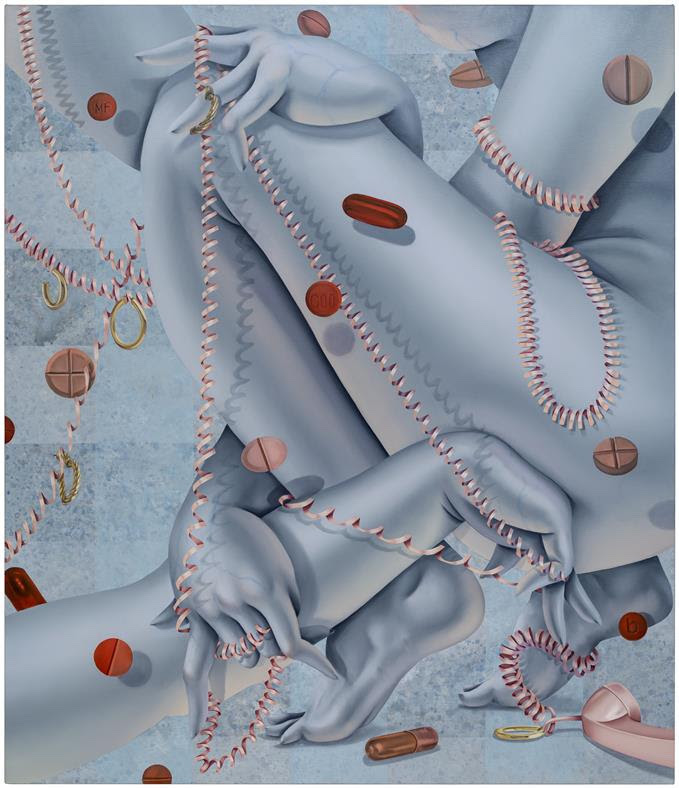 In “Self Care,” the Brooklyn-based painter shows off a new body of works, including paintings on canvas and paper, and a series of drawings, that explore the darker and more extreme aspects of idealized femininity. The imagery in her paintings reflect a South Carolina upbringing that was overflowing with exaggerated versions of how girls should look and dress. Slappey herself said: “All of the paintings have a kind of quiet violence.” For the artist, the ideas and imagery of femininity can be a double-edged sword. 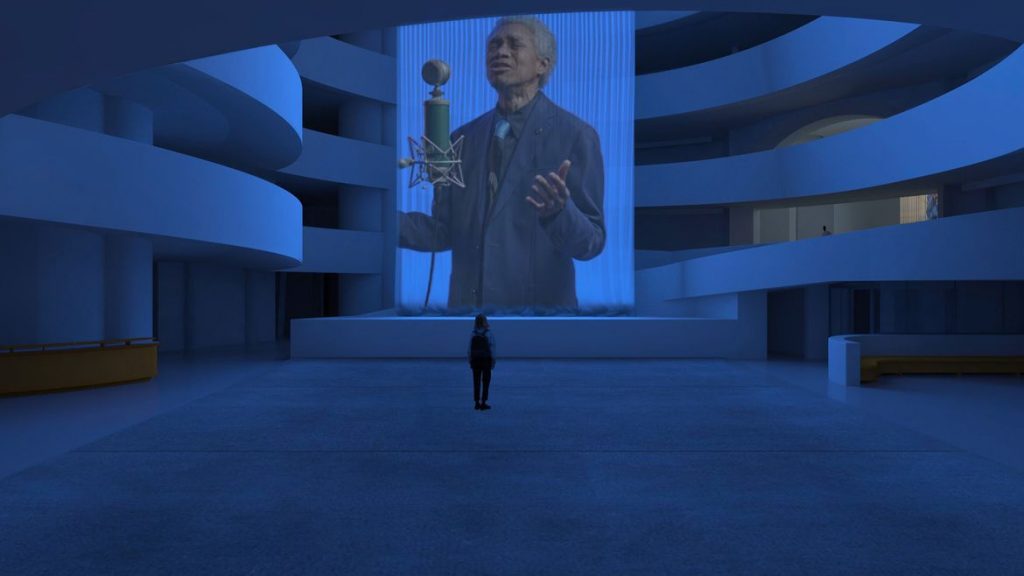 9. “Saturday on the House” at the Guggenheim, New York

On one Saturday at the Guggenheim Museum per month, you can enjoy a full day free of charge. If you choose this day, the first weekend in September, catch the final days of “Wu Tsang: Anthem” a site-specific installation created in collaboration with singer, composer, and activist Beverly Glenn-Copeland, featuring what the artist calls a “sonic sculptural space” resonating through the museum’s iconic spiral architecture. 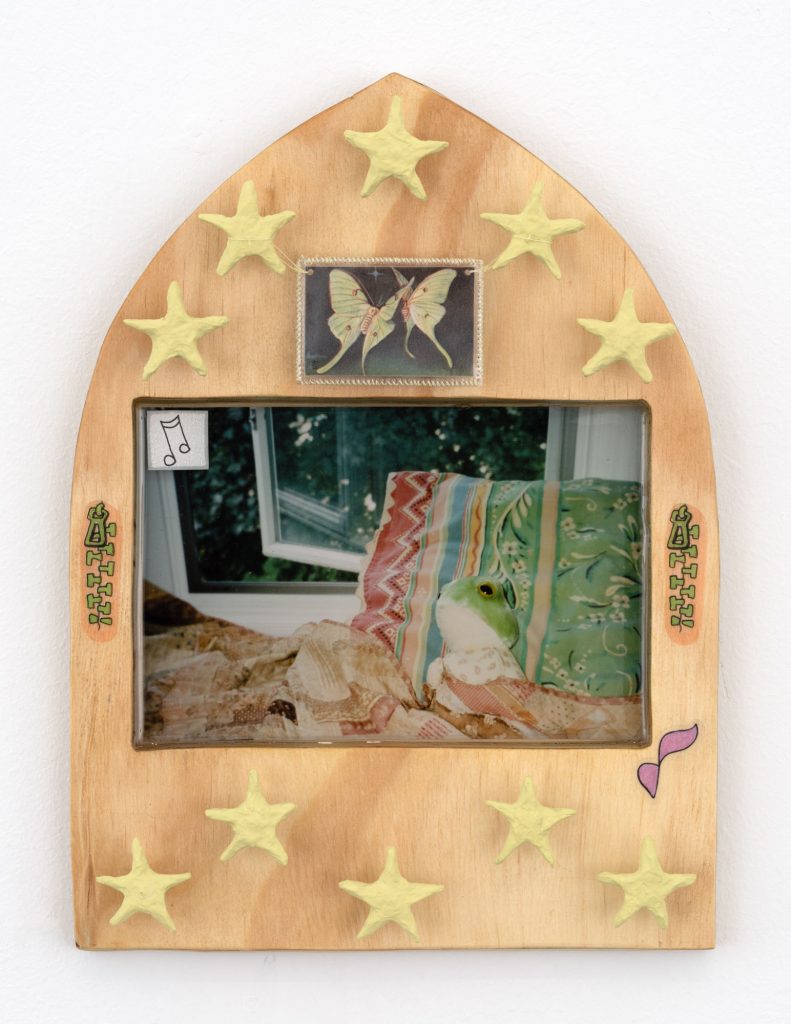 Mike Linskie, Noise Above the Storm, 2021. Courtesy of Real Pain.

Who doesn’t love frogs? As organizer Reilly Davidson states in the press release, “A frog is a feeling.” This group show at Real Pain includes works by Kenny Schachter, Jan Gatewood, Daniel Boccato, Justine Neuberger, and many more. Go see it before it closes this Saturday.