Two photographs by Kate Middleton, Duchess of Cambridge, are part of an exhibition honoring Holocaust survivors at the Imperial War Museums in London.

“While I have been lucky enough to meet two of the now very few survivors, I recognize not everyone in the future will be able to hear these stories first hand,” Middleton said in a statement. “It is vital that their memories are preserved and passed on to future generations.”

For “Generations: Portraits of Holocaust Survivors,” Middleton and 13 fellows from the Royal Photographic Society photographed Holocaust survivors and their descendants.

“We felt it was important to celebrate the survivors of the Holocaust through this exhibition and create a body of work that could be shown in the future, with family members in the photographs who would have a direct connection to them,” Michael Pritchard, the director of education and public affairs at the Royal Photographic Society, told Midnight Publishing Group News. 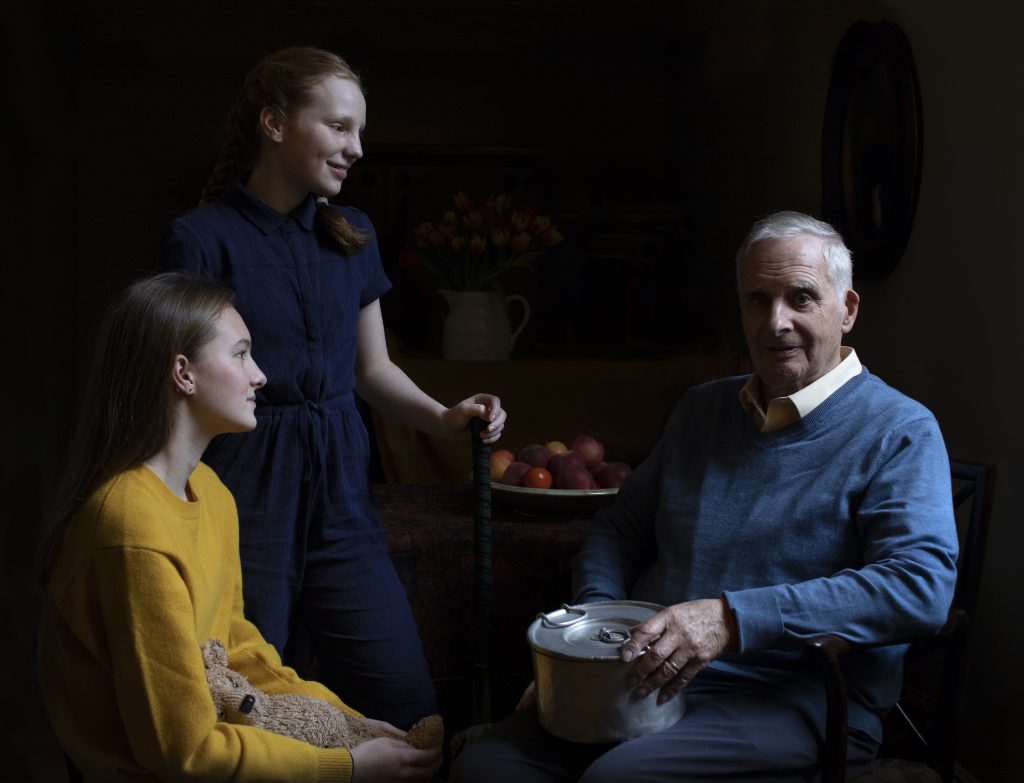 The exhibition grew out of a special issue of the Jewish News commemorating the 75th anniversary of the liberation of Auschwitz.

The show, which is a collaboration between the newspaper, the Royal Photographic Society, the Holocaust Memorial Day Trust, and Dangoor Education, was delayed from a planned 2020 opening by the pandemic.

Middleton photographed Steven Frank with his two granddaughters, Maggie and Trixie Fleet, and Yvonne Bernstein and her granddaughter, Chloe Wright, at Kensington Palace ahead of Holocaust Memorial Day in January 2020. 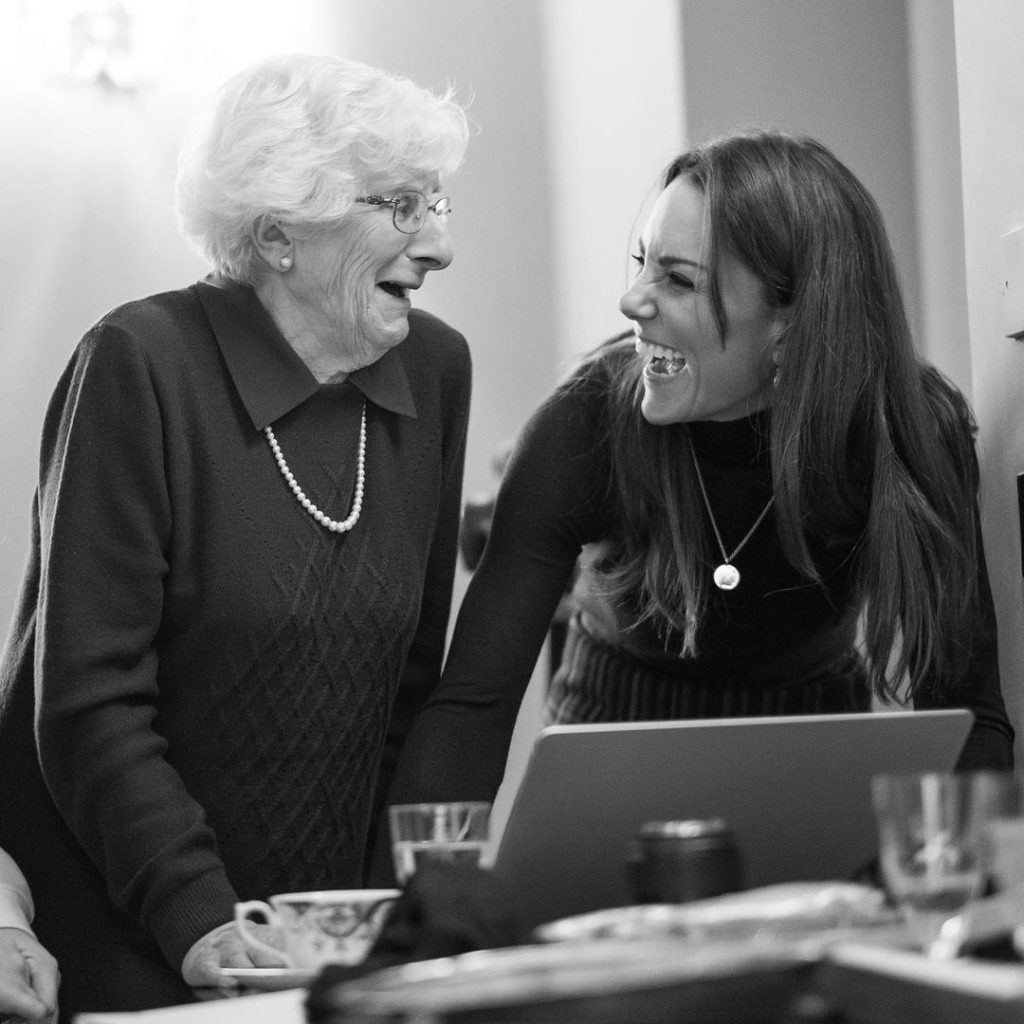 Frank, born in the Netherlands in 1935, was one of only 93 children to escape the Theresienstadt concentration camp in German-occupied Czechoslovakia. Remarkably, though his father was murdered at Auschwitz, Frank’s two brothers and mother also survived, in part thanks to the extra scraps of bread his mother acquired by secretly washing prisoners’ clothes through her job at the camp laundry. Frank brought the tin saucepan in which she would mix the bread with hot water to his portrait session with Middleton.

Bernstein, born in Germany 1937, was separated from her parents at one year old, when they each individually managed to obtain visas to work in the U.K. War broke out before she could join them, and Bernstein was forced into hiding in France with her aunt, uncle, and cousins. The family was arrested and the uncle killed at Auschwitz, but Bernstein was released and eventually reunited with her parents in Britain in 1945. For her photograph, she posed with her German ID card, stamped with the letter “J” to identify her as a Jew. 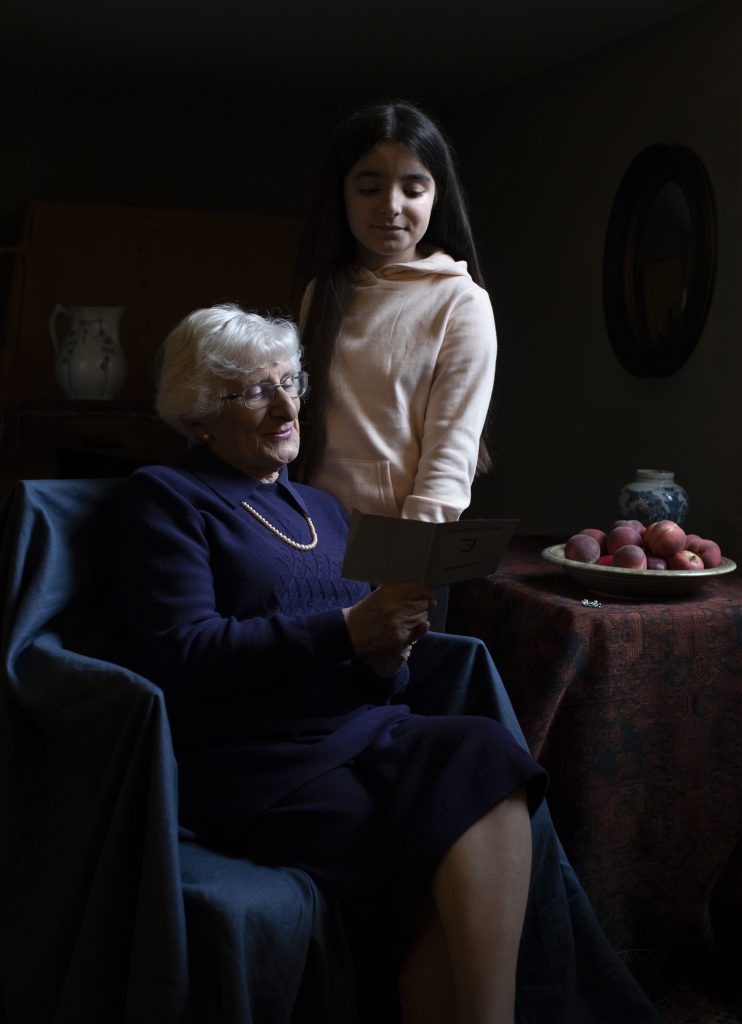 “The families brought items of personal significance with them which are included in the photographs,” Middleton added. “They look back on their experiences with sadness but also with gratitude that they were some of the lucky few to make it through. Their stories will stay with me forever.”

This isn’t the first time that Middleton’s prowess with the camera has made headlines. In 2017, the Royal Photographic Society awarded her an honorary lifetime membership recognizing her tour photographs and family portraits. She has been a society patron since 2019. 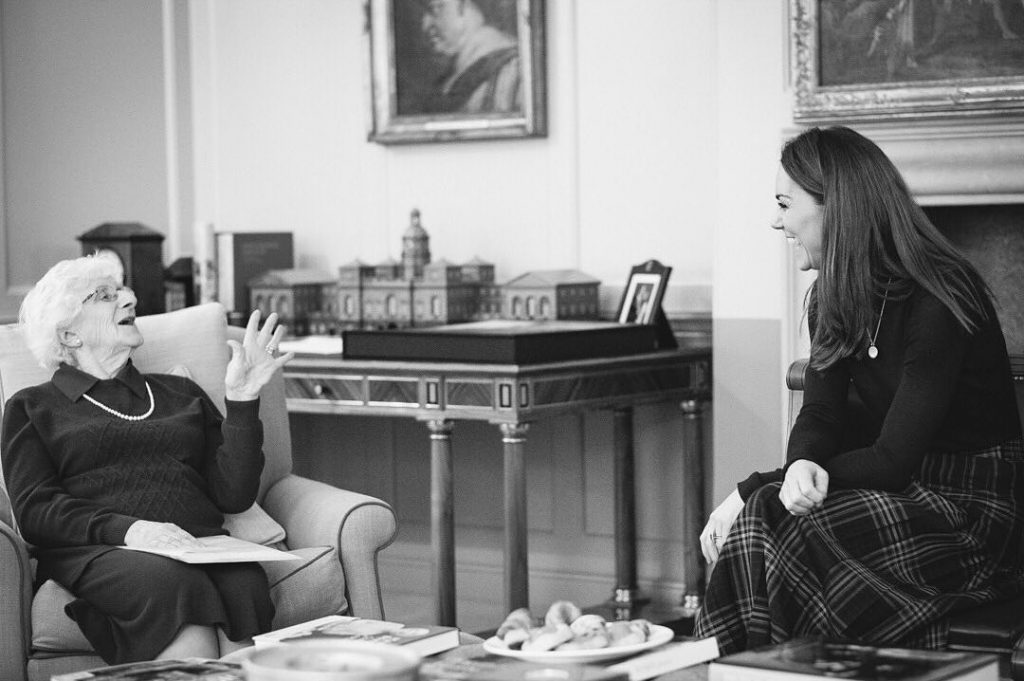 Prior to her life as a royal, Middleton also took photographs for her family’s party planning company, Party Pieces. She also majored in art history at the University of St. Andrews, Scotland, where she met Prince William.

Last year, Middleton began working with the National Portrait Gallery in London on a community photography project documenting life during lockdown in the U.K. She had previously curated a Victorian photography exhibition at the NPG in 2018.