Culture Workers Have Occupied More Than 30 Theaters Around France, Demanding an End to Lockdown


It’s not the first time that the Théâtre de l’Odéon has been occupied. The iconic Paris monument has a long history of occupation, having housed demonstrators during the student protests of 1968, and later been a protest site for culture workers’ unions in 1996 and in 2016.

After a year of Covid-19, and the shutdown of cultural venues including museums, theaters, and concert halls around France, protesters have once again taken their plight to the theater.

Since March 4, around 50 people have been living and sleeping inside the monument. Outside, the stairs and the square have become an agora, and the building’s neoclassical facade is now hidden beneath banners reading “Sacrificed culture,” “Six in ten unemployed workers haven’t received compensation,” and “Disqualified government.” 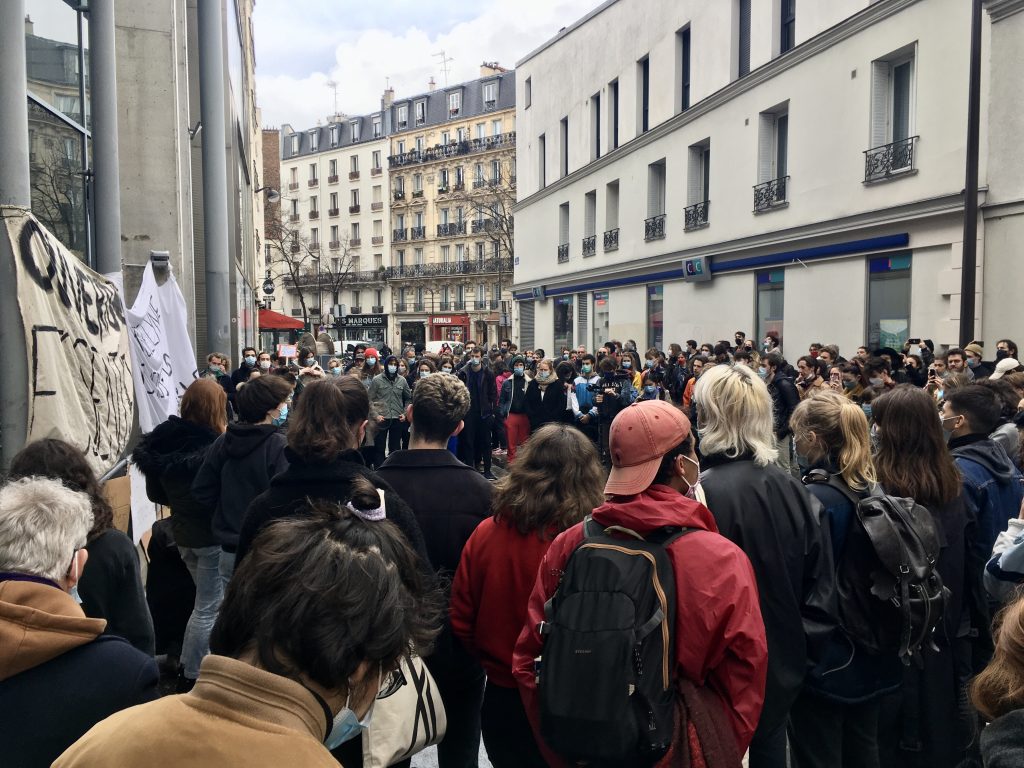 Protesters in front of the Théâtre de la Colline. Photo by Marion Bellal.

“There is a huge gap between [the situation faced by] culture workers in France and the ones who live in other European countries, like Spain, Portugal or even Italy, where the cultural places have been more or less opened since summer” Mokles Ksantini, a protestor and worker in tourism for theaters, museums, and congress centers, tells Midnight Publishing Group News. Ksantini has come to the Odéon every day since March 4 to protest with the hundreds of people gathered there in support of the culture workers inside.

Their main demand is for the government to reopen cultural venues with public safety measures in place, and financially support that reopening. But they are also asking for better consideration from the French authorities, including an extension to the “white year” which allows some culture workers to receive more unemployment benefits, and the cancellation of unemployment insurance reforms launched in 2019.

People demonstrating in front of the theater express their strong feeling of injustice. “It’s proven that cultural places are way less dangerous regarding the pandemic than supermarkets, public transportation, and businesses,” says Sophie Mayer, a choreographer and dance teacher.

Actor Marie Payen is wearing a giant smile when she emerges from the theater, where she has just spent two nights and three days. “It’s such a relief to exchange with people who have faced the same difficulties for a year!” she says. “There is an incredible sisterhood and brotherhood in there.” 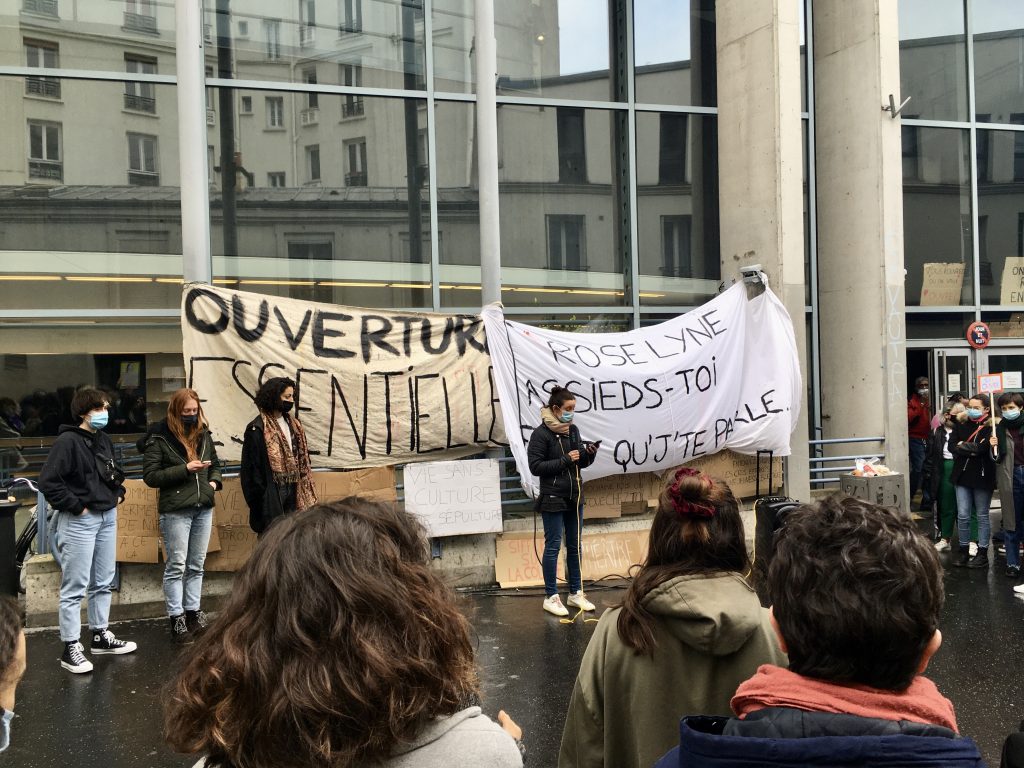 Protesters in front of the Théâtre de la Colline. Photo by Marion Bellal.

Five days after the protesters took over the Odeon, a collective of acting students occupied the Théâtre de la Colline in the north-east of the capital city. Twenty young people remain inside day and night, and every day at four in the afternoon, one of them takes a megaphone and makes a speech to the French government.

“We have no internships, no experience on stage in front of a public, no name in the workplace,” a 20-year-old woman shouts. “We have no future.” For now, France’s culture minister has only said that the occupations are “useless” and “dangerous for fragile heritage areas.”

If only two theaters are currently occupied in Paris, the movement is spreading around France. Some 30 theatres and concert halls are occupied in Strasbourg, Lille, Nantes, Châteauroux, Toulouse, Besançon, Marseille, and Saint-Etienne. All of the culture workers inside are asking for the same help from authorities, and conveying the same concerns and frustrations.

Clément Valette, general secretary of a trade union of artists, says she hopes that the occupations will multiply to include other cultural venues such as museums and cinemas.

“Working in closed museums, preparing exhibitions without knowing if they will be seen, it’s kind of nonsense,” says Bruno Gaudichon, director of the museum La Piscine, in Roubaix. “I understand the measures taken to slow down the virus and the choices our government was forced to make but I am worried about the association whereby culture means Covid-19 and risks… I hope that the public will still be at the rendezvous when we reopen.”