Police vans were lined up early Friday evening outside Warsaw’s Ujazdowski Castle Center for Contemporary Art, as protestors gathered to demonstrate against the cultural institution’s decision to proceed with an exhibition that critics say platforms antisemitic, racist, and Islamophobic messages under the guise of freedom of expression.

Exhibition organizers claim the show, which is titled “Political Art” and features many controversial and political artists, is designed to confront “cancel culture” on the political left. It is the second exhibition since Piotr Bernatowicz was controversially appointed as the museum’s director by Poland’s populist conservative ruling Law and Justice party in 2019.

Since the party came to power in 2015, Law and Justice government officials have corralled many of the country’s leading cultural institutions, including museums and theatres, into its conservative ideological orbit. 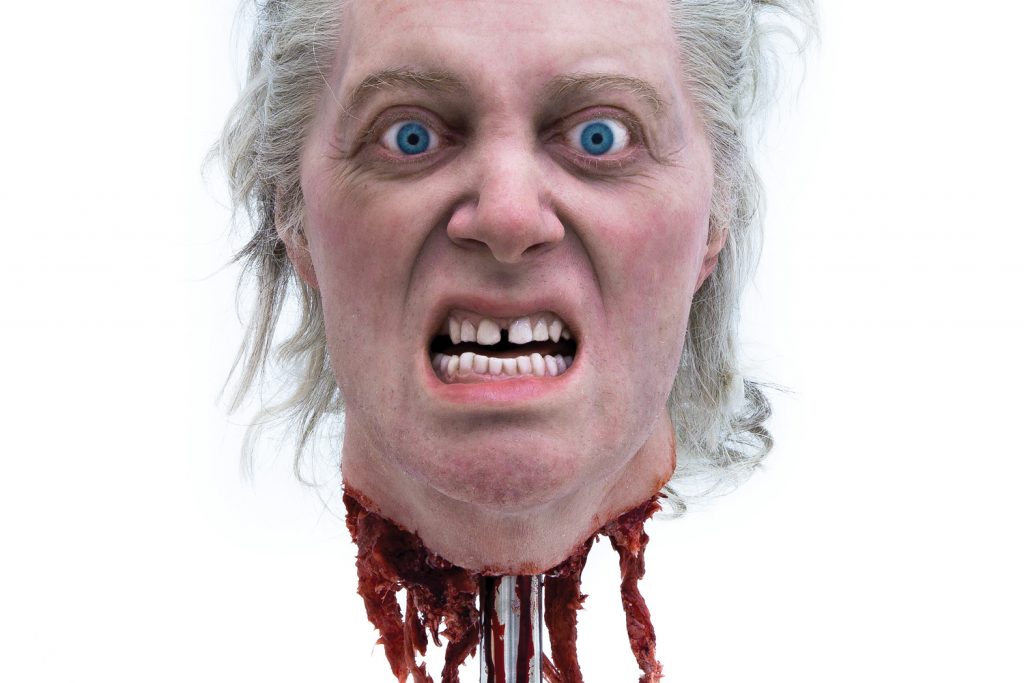 The exhibition at Ujazdowski Castle is quickly proving to be a major flashpoint in Poland’s highly divisive culture wars. On the night of the opening, the institution braced for large protests by groups including Poland’s anti-fascist league and various LGBTQ+ and Jewish organizers. Photos posted to social media hours before the opening on August 27 showed at least six police vans parked outside the institution.

The newest exhibition under Bernatowicz’s stewardship includes works by nearly 30 artists, one of whom is the controversial Swedish artist Dan Park, who was arrested in 2009 for a stunt that saw him placing swastikas and boxes labeled “Zyklon B”—the gas used in the mass murder of Jews during the Holocaust—in front of a Jewish community center in Malmo.

Park’s contribution to the show is a poster that depicts the convicted Norwegian criminal Anders Behring Breivik, who killed 77 people, mostly children, in a series of coordinated terrorist attacks in Norway. Alongside Park’s work is a piece by Danish artist Uwe Max Jensen consisting of a large flag constructed from several smaller LGBT rainbow flags that the artist has fashioned into the shape of a swastika.

One of the most controversial works in the show is by Kristian von Hornsleth from Denmark, who made a work depicting Ugandan villagers who were given pigs and goats in exchange for changing their last names to his own, a move the Ugandan government condemned as racist and disrespectful. The “Political Art” show includes photos of several of the villagers holding up their changed IDs. Midnight Publishing Group News reached out to all three artists, but did not hear back by publishing time.

Von Hornsleth told the Associated Press earlier this week that he believes his work is a celebration of free speech. “Even if this show was right-wing and crazy, it should be allowed because it’s art. But it’s not [right-wing and crazy]—it’s really about creating a space in which anybody can disagree about anything.”

Some of the works appear to straddle left-wing political movements. The work of Hong Kong-Chinese photographer Tam Hoi Ying, for example, included in the exhibition, shows numerous human rights abuses in Hong Kong. 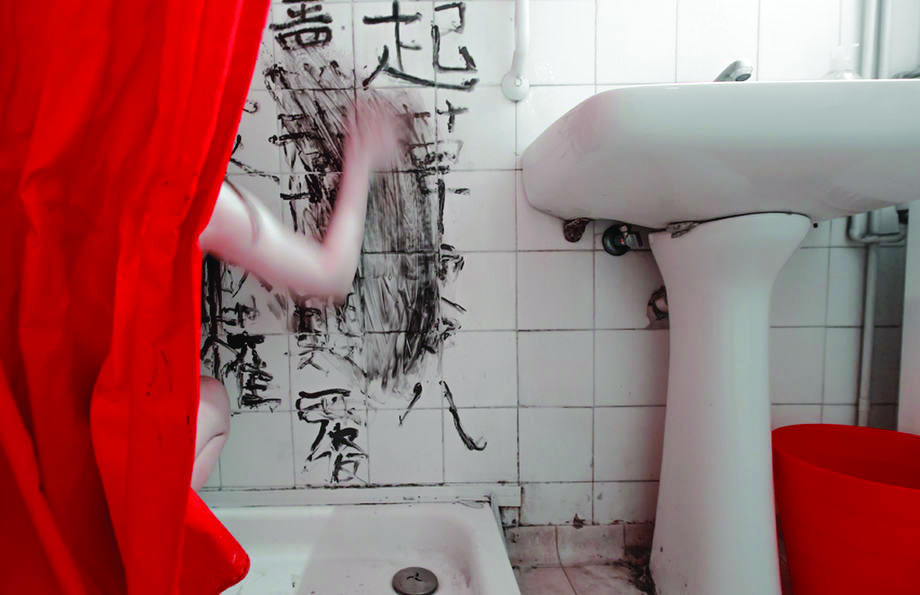 Many in Poland claim that the exhibition platforms problematic views that hark back to dangerous ideas emulating during the country’s Nazi occupation. A Ujazdowski Castle employee who wished to remain anonymous due to fear of reprisals told Midnight Publishing Group News: “Under the guise of freedom of expression and bizarrely understood pluralism, Bernatowicz is admitting into the institution people associated with the neo-Nazi movement, at the same time canceling and stigmatizing projects inconsistent with his worldview.”

The cancelled programming includes a Miet Warlop show that was originally scheduled for earlier this year, as well as the museum’s participation in an anti-fascist program, both of which were axed by Bernatowicz, allegedly due to budget shortfalls.

One anti-fascist network in Poland, the Anti-Fascist Year, accused the curators of using democratic principles “to convey and justify right-wing hate speech.” In a statement, the group said that the art in the show only “strengthens the electoral prospects of authoritarian parties everywhere.”

Bernatowicz doubled down on his commitment to the exhibition, stating his belief that despite the controversial nature of the works, the call to censor them is worse. In a letter published on the institution’s website in response to concerns raised Warsaw’s Jewish community, Bernatowicz wrote that calls to censor the exhibition are misguided, coming “from the well-educated circles and elites that, rather than engaging in dialogue with artistic attitudes that seem surprising or offensive, prefer to expunge them from the public sphere.”

A statement posted to Instagram by the worker’s union at the cultural institution decried what it sees as hate speech. “We express our opposition to the people who promote hatred in the walls of our institution […] This should not happen, especially in a country as severely experienced by Nazism as Poland.”