The British Museum and the European Fine Art Foundation (TEFAF) will help to restore eight ancient glass vessels that were damaged during the devastating explosion in Beirut last August.

The blast, which killed more than 200 people and injured 7,500 others, damaged the vessels when the glass case they were in at the Archaeological Museum at American University, which is two miles away, fell over from the force of the explosion.

Seventy-two Classical and Islamic vessels were damaged, but only 15 were identified as salvageable. Of those, eight will travel to London for restoration. 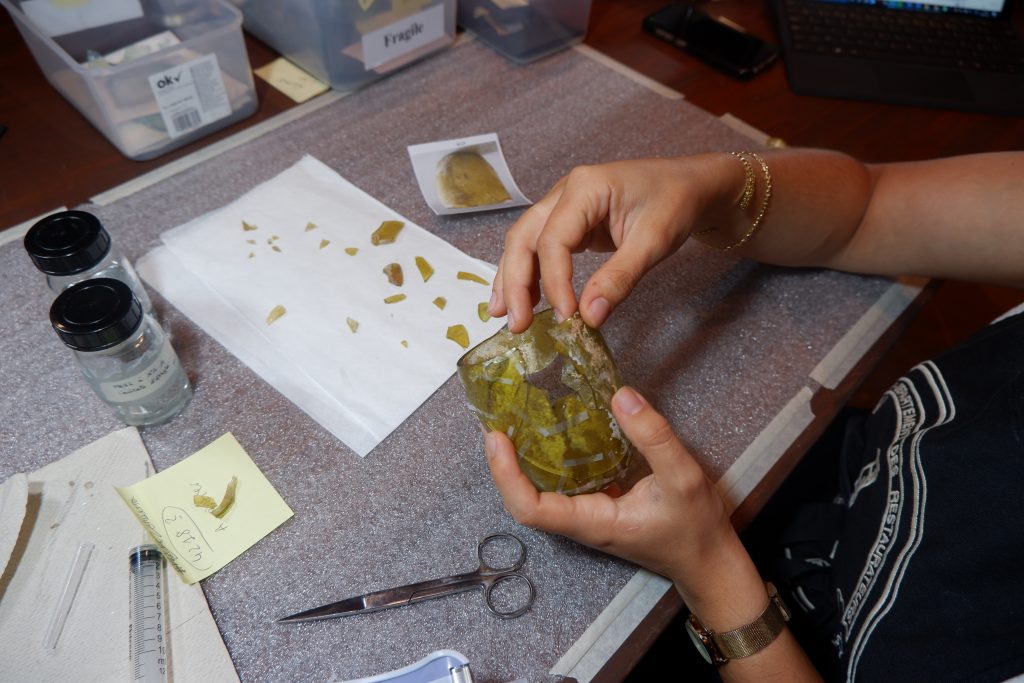 “The loss of 72 glass tableware vessels dating back to the Roman period, some as early as the 1st century B.C., represents a priceless cultural loss for Lebanon and the Near East,” Nadine Panayot, the director of the Archaeological Museum, said in a statement.

After the blast, museum conservators in Beirut carefully separated the ancient shards of glass from mixed debris resulting from the explosion, which also shattered nearby windows. Earlier this month, a conservator from the Institut national du patrimoine in Paris matched the shards from the relevant vessels. British Museum conservators will now piece together the hundreds of tiny glass fragments.

“As we mark one year since the tragedy, we’re pleased to be able to provide the expertise and resources of the British Museum to restore these important ancient objects so they can be enjoyed in Lebanon for many more years to come,” Hartwig Fischer, the British Museum’s director, said in a statement.

The museum’s head of collection care, Sandra Smith, emphasized the difficulty of the task ahead.

“Glass is a very difficult material to reconstruct, not least because the shards flex and ‘spring’ out of shape and have to be drawn back under tension to restore the original shape,” she said. 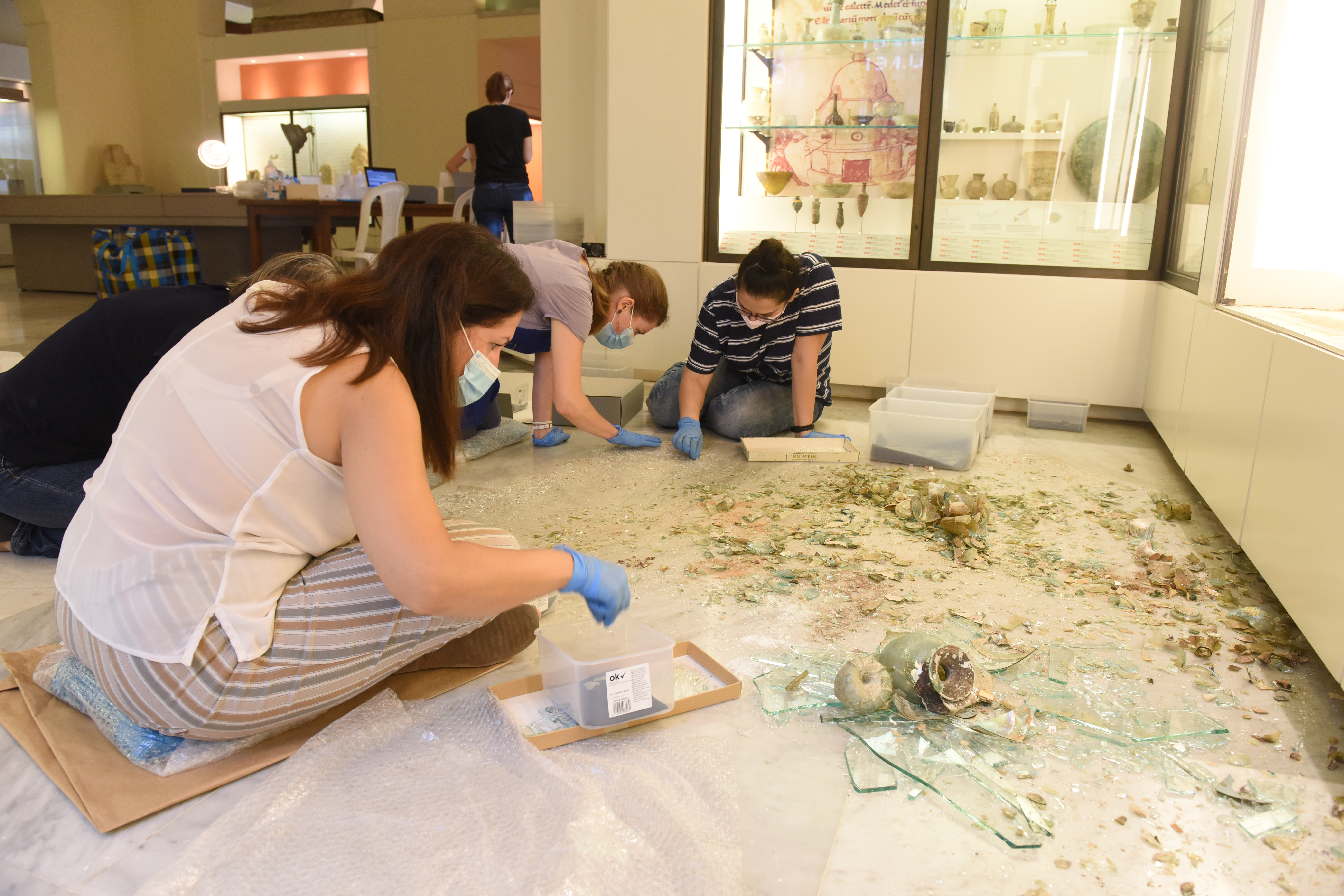 The vessels are important artifacts that help scholars trace the history of glass production and the development of glass-blowing technology in Lebanon in the 1st Century B.C., which allowed for the mass production of items that were once luxury goods.

Six of the vessels are examples of early experimentation with glass-blowing, and the remaining two date to the late Byzantine or early Islamic periods, and could have been imported from glass manufacturing centers in the neighboring countries of Syria or Egypt.

Once restored, they will go on view at the British Museum for a short period before they are sent back to Beirut.

“The destruction of these works of art was a terrible consequence of a larger tragedy for the people of Beirut,” TEFAF’s chairman, Hidde van Seggelen, said in a statement. “Their return to their rightful form is a powerful symbol of healing and resilience after disaster.”