In a puzzling move, Florence’s Uffizi Gallery, renowned for its unparalleled collection of Italian Renaissance masterpieces, has accepted the donation of a piece by contemporary British street artist Endless.

The artist, who does not appear to have ever had a museum exhibition, is a strange fit for a collection best known for such art historical luminaries as Sandro Botticelli, Raphael, and Leonardo da Vinci. Nevertheless, Uffizi director Eike Schmidt summoned a great deal of enthusiasm for the piece at an event unveiling the unlikely acquisition.

Praising the work as “an original fusion between punk and pop” that brings self portraiture into the realm of Conceptual art, Schmidt claimed that branching out to the world of street art was in the tradition of the Medici who first built the museum’s collection. “The Medici, always at the cutting edge, would be happy to see Endless’s work enter the collection,” he claimed in a statement.

The museum is billing the acquisition as its first work of street art, but it’s clearly a work on canvas, created in a studio environment—not on the city streets. The mixed-media piece features two vertically stacked printings of a Noel Shelley photograph of Endless posed between British artist duo Gilbert and George, surrounded by their names in graffiti lettering. 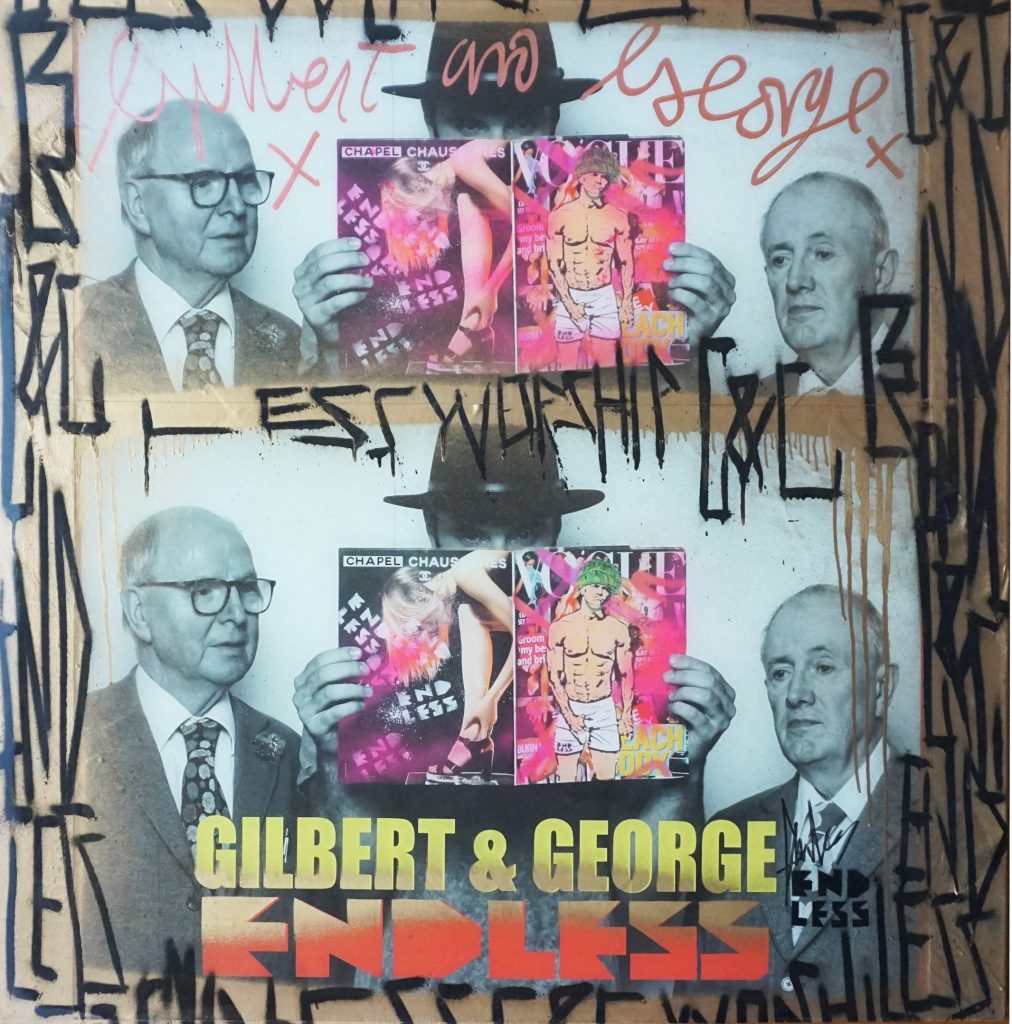 In a nod to the tradition of the anonymous street artist, Endless’s face is partially hidden behind an open magazine featuring Crotch Grab, a recurring image in the artist’s work. Based on a famous Calvin Klein underwear ad featuring actor Mark Wahlberg, Crotch Grab originally appeared on the streets of London and was later appropriated by Gilbert and George.

“Endless elaborates on his symbolic explorations, moving between the brush and spray paint, luxury and pop, and creating a mirror of two different perfections, one wise and tragic, lived on the cutting edge of heresy and madness/folly, the other scientific, experimental, expanded upon analytically,” art critic Pasquale Lettieri pronounced at the work’s unveiling.

High praise, if a bit overwrought. But although the work was allegedly created specifically for the Uffizi, nothing about the subject matter nor the techniques involved in its making would seem to make any reference to the storied Florentine institution that would explain its sudden addition to the collection.

“The gallery director, Eike Schmidt, wanted to collect contemporary works and open a new portrait section to the Uffizi Gallery,” Endless told Midnight Publishing Group News in an email, noting that the gift had been in the works for several years. “He had requested my work to be in this collection.” 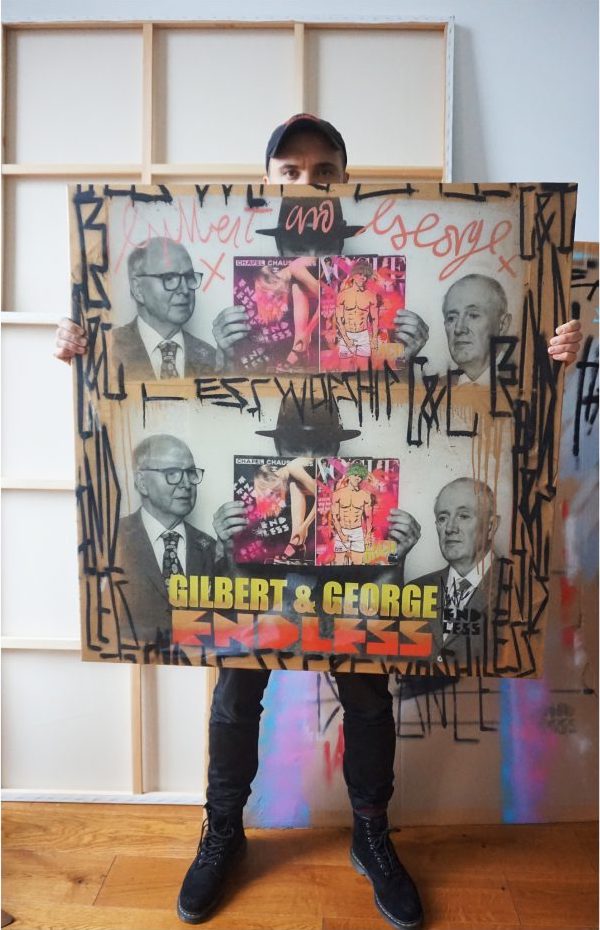 British street artist Endless with the work he gifted to the Uffizi in Florence. Photo courtesy of Uffizi Galleries.

The Uffizi’s collection stops in the 1930s with Modern art—a portion of the collection relegated to upstairs galleries in the museum’s Pitti Palace location on the other side of the river. Branching out to more contemporary work isn’t necessarily a bad thing, even if an artist like Endless seems like a very strange place to start.

“I was surprised as the collection is most famous for its Renaissance works,” Endless admitted. “I am very honored to have my work feature amongst such a significant collection.”

Endless’s website claims that “the public buzz around his work has snowballed, to a point where now iconic brands, celebrities and the art world all know his name.” But his CV appears to be almost entirely London gallery shows. HIs other big project right now is painting a mural at an Italian ski resort for the 2021 Alpine Ski World Championships.

The Uffizi previously waded into the waters of contemporary art with “Flora Commedia,” a 2018 Cai Guo-Qiang exhibition, that was part of a series of shows by the Chinese artist responding to the collections of major international institutions.