Art Industry News is a daily digest of the most consequential developments coming out of the art world and art market. Here’s what you need to know on this Friday, January 15.

Mike D. on Selling the Family Jewels at Sotheby’s – The New York Times tours the late Hester Diamond’s collection at Sotheby’s offices in Los Angeles with her son, Mike Diamond (better known as Mike D of the Beastie Boys). Her eclectic holdings will hit the block at the end of the month. Diamond recalls asking his mother how she ended up hobnobbing with Willem de Kooning and other Ab Ex stars. “She would laugh and be like, ‘Oh, honey, you don’t understand—it was the same 35 people who would show up to any of these things.’” (New York Times)

Howardena Pindell on Diversity in Museums – The artist and former Museum of Modern Art curator considers how museum and gallery representation has changed since she conducted a highly influential seven-year statistical report on the presence of BIPOC artists in New York in 1989. “There’s more exposure today, but that’s mainly African Americans,” Pindell says. “I don’t think there’s more exposure for Latino and Asian artists. I’m concerned for everyone. But for Black artists, it’s better.” (ARTnews)

The Met Condemns US Capitol Damage – The Met’s president Dan Weiss and director Max Hollein have spoken out against the riots that took place at the US Capitol on January 6. “The actions of these treasonous rioters underscore the threat to democracy in a society where misinformation, racism, and other hateful ideologies are allowed to run rampant,” they said in a statement. They noted that while early reports indicate damage to art was minimal, they have reached out to Capitol authorities to offer whatever assistance might be helpful. Without mentioning the outgoing president by name, they added that an essential first step towards “healing and reconciliation” will be to bring those responsible for the criminal actions to justice. (The Art Newspaper)

Why Art-Market Regulation Is Good Foreign Policy – While new measures to crack down on the unregulated art market in the US have been greeted with skepticism by the trade, those in foreign affairs say the new rules are an important step in rebuilding America’s reputation and relationships abroad. There is still more work to do to close loopholes, including by establishing a federal office for investigating cultural property crimes, fostering bilateral agreements with countries at high risk for illicit trade, and enacting a blanket ban on importing stolen cultural patrimony. (Foreign Affairs)

Dallas Art Fair Is Postponed – The Dallas Art Fair has been postponed (again) due to the pandemic. Originally slated to take place in April, it will now be held from September 30–October 3. (Midnight Publishing Group News)

Galleria Continua Expands to Paris – As Brexit continues to make Paris an increasingly attractive art-market hub, the international art dealership Galleria Continua is launching a new space in the Marais. The 800-square-meter gallery stretches across two floors around the corner from the Centre Pompidou. (Press release)

Frieze New York Reveals Exhibitors – The fair has announced the lineup for its inaugural edition at the Shed in Hudson Yards from May 5–9. Sixty-six dealers will take the plunge, including, notably, such international participants as Fortes D’Aloia & Gabriel, Goodman Gallery, Xavier Hufkens, and Proyectos Ultravioleta. (ARTnews)

Shortlist Announced for the Next Big Thing – Eleven artists have been shortlisted to participate in a televised art competition to find “the Next Big Thing” in London’s art scene. Final contestants include sculptor Elyssa Sykes-Smith, portraitist Joshua Donkor, and street artist Frank Riot. With 40,000 votes from the public, the people’s choice winner was artist Tanya Harrison. (Press release)

Uniqlo Unveils Keith Haring Collection – The Keith Haring estate is really going for it with the licensing deals right now. After Dr. Martens revealed its new collaboration with the artist’s estate earlier this week, Uniqlo has released a line of t-shirts and hoodies inspired by Haring’s relationship to Tokyo, where he showed and opened an outpost of his Pop Shop in the 1980s. (ARTnews)

See Cristina Iglesias’s Incredible Sculpture Inside a Lighthouse – The Spanish artist is creating a new work inside a historic lighthouse on Santa Clara Island, in the bay of Donostia/San Sebastián in the Basque Country. Iglesias is filling the structure with geological forms cast in bronze resembling the rocks and roots of the surrounding coastline. The finished product will be unveiled in June. (Press release) 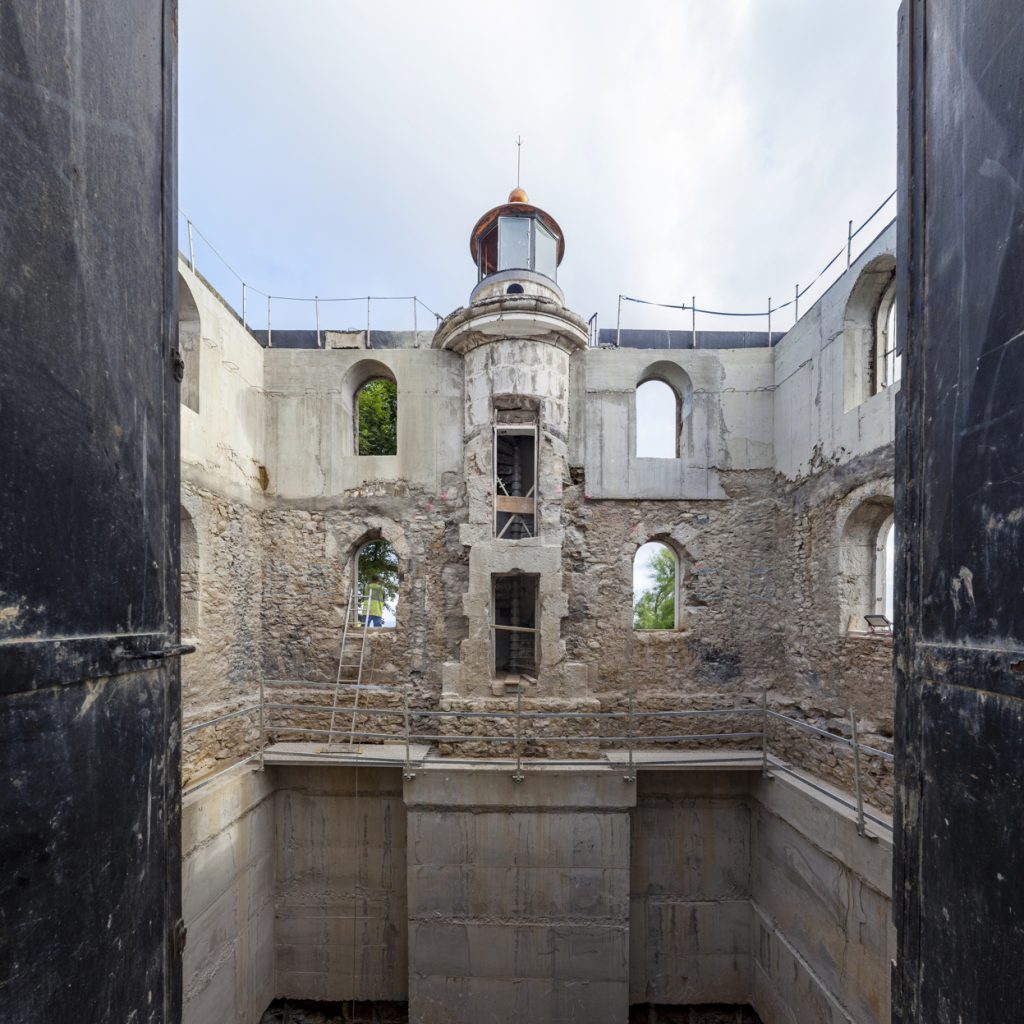 The Lighthouse of Santa Clara Island. Photo by Idoia Unzurrunzaga.