An Art Dealer Discovered a Rare Miniature Portrait of France’s Cross-Dressing King. Now, He Wants to Sell It to the Louvre


Last year, a regional auction house in England sold a matchbox-sized painting of a man thought to be Sir Walter Raleigh.

But that identification wasn’t quite right, according to the savvy art dealer who snatched it up. It’s actually a rare miniature portrait of Henri III, France’s controversial cross-dressing king, painted by an acclaimed artist in the 16th century.

Now the dealer is hoping to sell it to the Louvre.

Philip Mould, who co-hosts the BBC’s “Fake or Fortune?” show, purchased the work site-unseen in an online auction last year. The true identity of the painting’s subject quickly became clear to him, but an even bigger surprise came when its locket-like frame was later opened by a conservator.

On the painting’s reverse was the signature of Jean Decourt, famed painter of the French court, and the date 1578. It’s believed to be the only example of an artwork bearing the artist’s name still in existence today.

“We can now firmly and finally imprint 16th-century royal portraiture with Decourt’s name,” said Celine Cachaud, a portrait miniatures specialist who works at Paris’s National Institute for Art History, in a statement. “This groundbreaking discovery will have a major impact on the study of late Valois portraiture and miniature painting in years to come.”

Mould is now offering the Louvre right of first refusal on the painting, which is appropriate, he explains, since it was likely executed in the royal residence—the building occupied by the museum today.

“This work is a French national treasure,” the dealer said in a statement, calling it a “hugely significant unpublished image of a misunderstood king, and confirmation of Jean Decourt’s immense talent.”

“It would be wonderful if it could ‘come home’ to Paris, as I believe that is where it truly belongs,” he added. 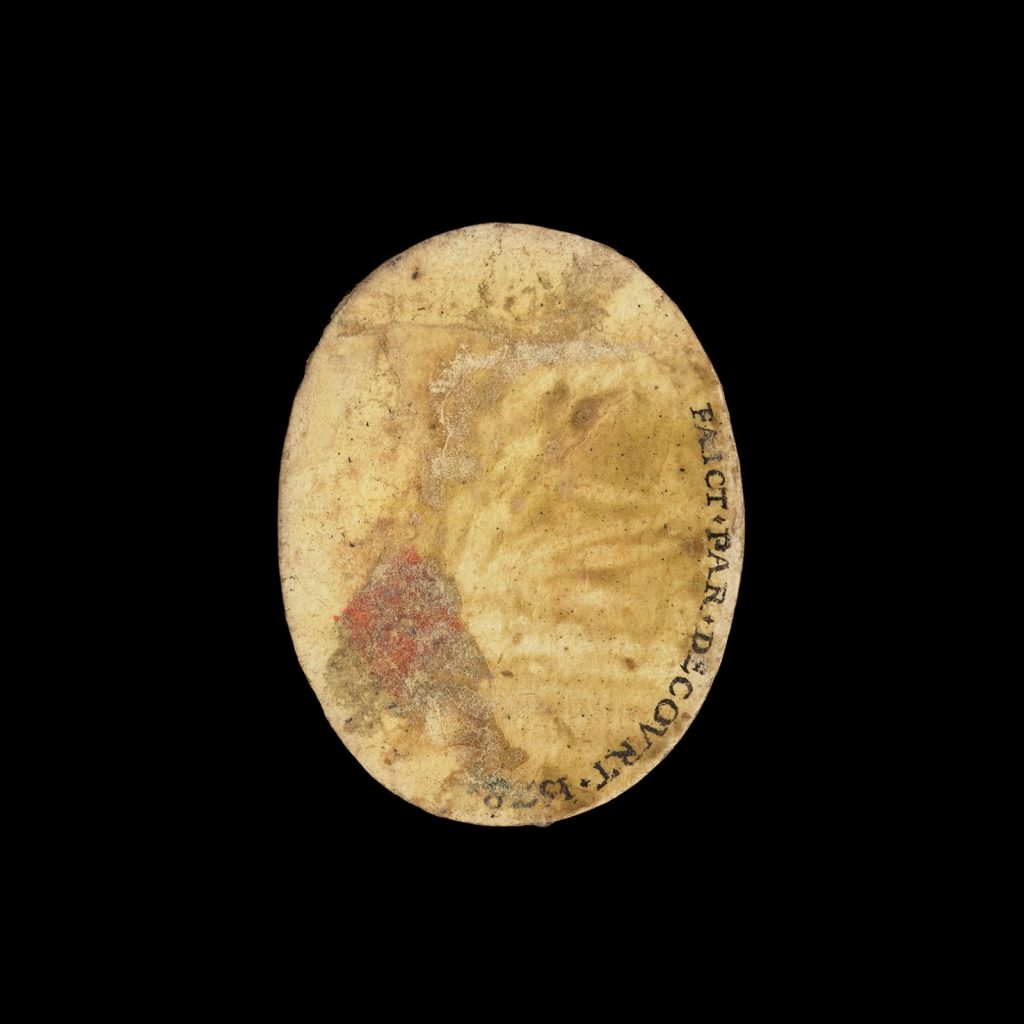 The back side of Jean Decourt’s miniature portrait of Henri III, bearing the artists signature. Courtesy of Philip Mould and Company.

Mould did not immediately respond to a request for comment on the price he paid for the work, which was likely a fraction of its true value, potentially in the several hundreds of thousands of pounds, according to the Telegraph.

Just over two inches long, the painting shows Henri III in jewels and a bonnet—a familiar depiction of the man who was the king of France from 1574 until his assassination in 1589, at the hands of a Jacobin friar. Indeed, Henri’s penchant for wearing women’s clothes was well documented in his day, as was his coterie of male companions. Images of his likeness became rare after the French Revolution as it was dangerous to own royal portraits.

Decourt became the official court artist in 1572 under the rule of King Charles IX. His best-known portraits include those of Mary, Queen of Scots, and Elizabeth I.