A rare-to-market 15th-century masterwork by the Florentine super-star painter Sandro Botticelli, Portrait of a Young Man Holding a Roundel from circa 1480, led Sotheby’s live-streamed Master paintings and sculpture sale on Thursday morning for a record $92.2 million.

Bidding opened at an eye-popping $70 million and chugged along with the help of chandelier bids at $2 million dollar increments until a real one came in at $78 million, quickly followed by the winning $80 million hammer price. It went to an anonymous telephone bidder represented by Lilija Sitnika, Sotheby’s London-based senior client liaison working the Russia desk.

The underbidder was from Asia, according to Sotheby’s, which had tagged an unpublished and unprecedented estimate for the department in excess of $80 million for the 23-by-15-inch tempera-on-poplar panel. 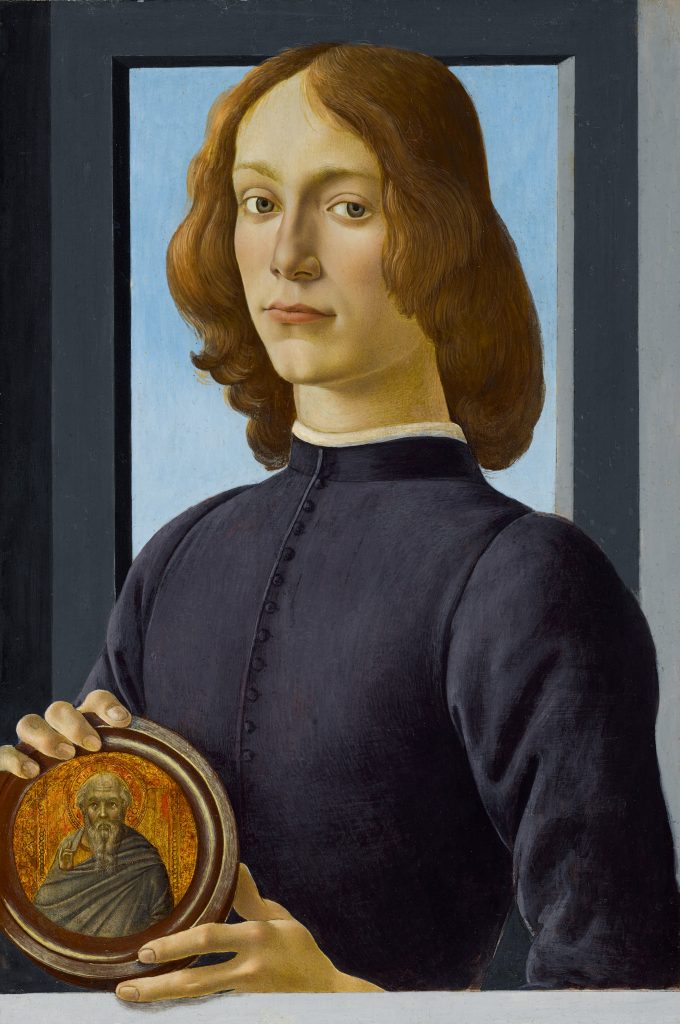 Sandro Botticelli, Portrait of a Young Man Holding a Roundel (circa 1444/5–1510). Courtesy of Sotheby’s.

The price shattered the previous mark for Botticelli, set at Christie’s in January 2013, with the so-called “Rockefeller Madonna” (also known as Madonna and Child with Young Saint John the Baptist) that made $10.4 million against an estimate of $5 to $7 million.

The figure is framed by a window but no landscape is visible, only a pale blue rectangle of light as his delicately rendered hands rest on a stone ledge.

It last sold at auction at Christie’s London in December 1982 with the title Portrait of Giovanni de Pierfrancesco de’ Medici to the New York real estate magnate Sheldon Solow for a then-record £810,0000 ($1.1 million in today’s currency).

It was Solow’s estate that sold the work today.

Some art-historian heavyweights from that time, including the late and esteemed Everett Fahy, the long-time chairman of European paintings at the Metropolitan Museum of Art, and later a consultant in the Old Master department at Christie’s, held reservations about the attribution to Botticelli, preferring to credit fellow Florentine Francesco Botticini as the artist in question.

That viewpoint vanished today with the record price. Sotheby’s Old Masters department head Christopher Apostle characterized doubts as to its attribution as “a red herring.” 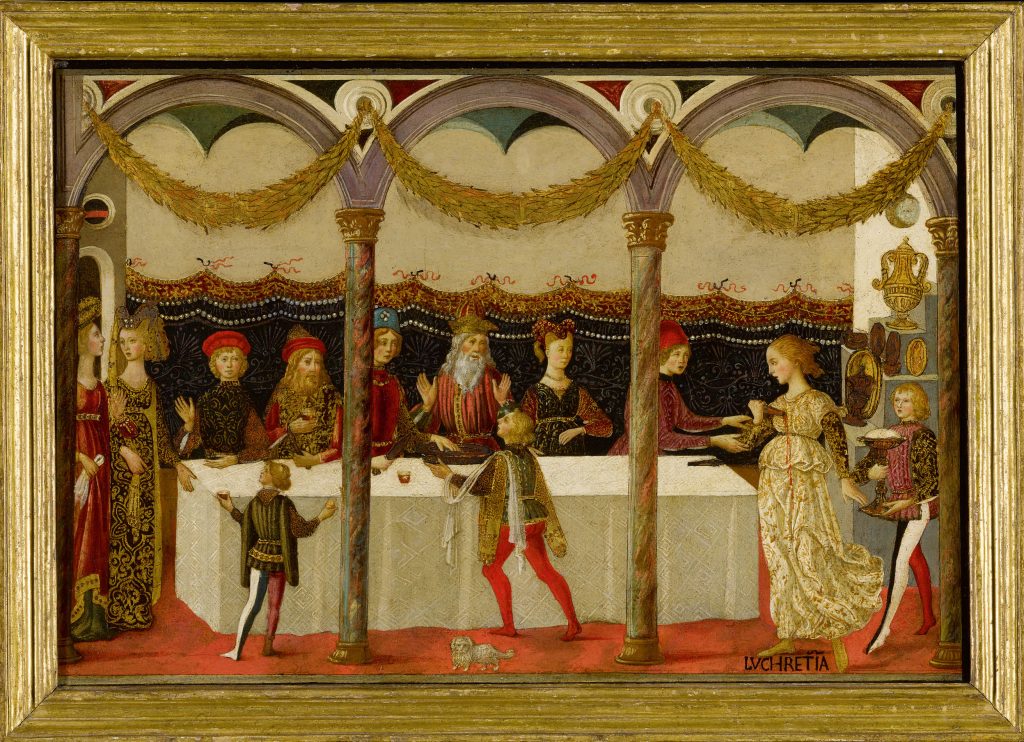 The Master of Marradi, The Death of Lucretia at the Banquet of Lucius Junius Brutus. Courtesy of Sotheby’s.

Since the portrait sold in London, it has spent extended periods on loan at both the National Gallery of Art in Washington, D.C., and the Metropolitan Museum of Art in New York, the latter loan from May 2013 to February 2020.

Today’s Botticelli buyer (paddle number 45), whether Russian or not, went on a bit of a buying spree, and scooped up three other works through Sitnika, including the Master Of Marradi’s mid-15th century multi-figured scene, The Death of Lucretia at the Banquet of Lucius Junius Brutus, for a record $1 million (against an estimate of $400,000 to $600,000) and Jean Baptiste-Camille Corot’s 19th-century landscape, La Cascade de Terni, for $600,800 (estimated for $200,000 to $300,000). 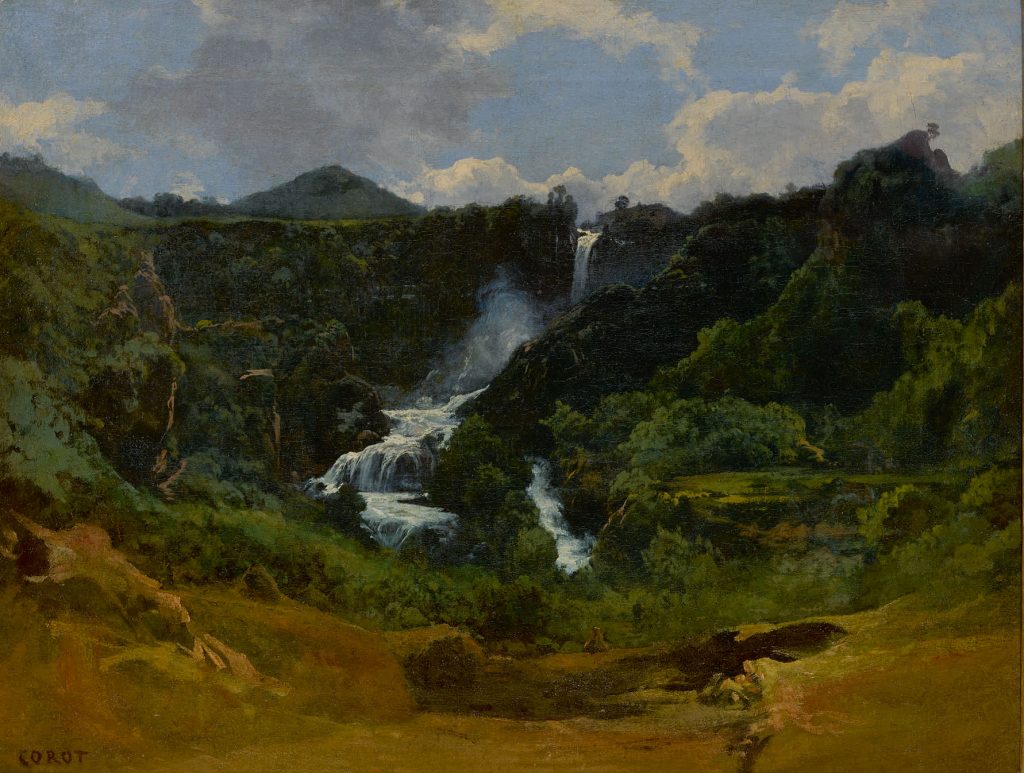 The sale tallied $114.5 million including fees—meaning that the collector who snapped up the Botticelli accounts for more than 80 percent of the money that changed hands. The sales total beat presale expectations of $100 million to $110.2 million. (Pre-sale estimates do not include buyers’ fees; final figures do).

Thirteen of the 43 offered lots failed to sell, for a buy-in rate of 30 percent.

Six artist records were set, and the Botticelli now ranks as the second-most-expensive Old Master painting to sell at auction, surpassed only by Leonardo’s Salvator Mundi (circa 1500), which sold at Christie’s New York in a Post-war and contemporary art evening sale in November 2017 for $450.3 million, the highest price ever achieved for any work at auction.

The live-streamed sale, with Oliver Barker conducting from the Sotheby’s studio in London, easily surpassed last January’s Master paintings evening sale, held in person at the firm’s York Avenue headquarters. That sale realized $61.1 million against an estimate of $47.7 to $61.8 million.

Remarkably (or so it would seem) the other star lot of today’s sale—Rembrandt’s stunning Abraham and the Angels from 1646, measuring just 6 3/8 by 8 3/8 inches, and estimated at $20 to $30 million with a Sotheby’s-backed financial guarantee—was withdrawn from the auction at the 11th hour.

“We’re short-term caretakers of this painting,” Apostle said when asked about its status. “It’s going to find a new home very quickly.” 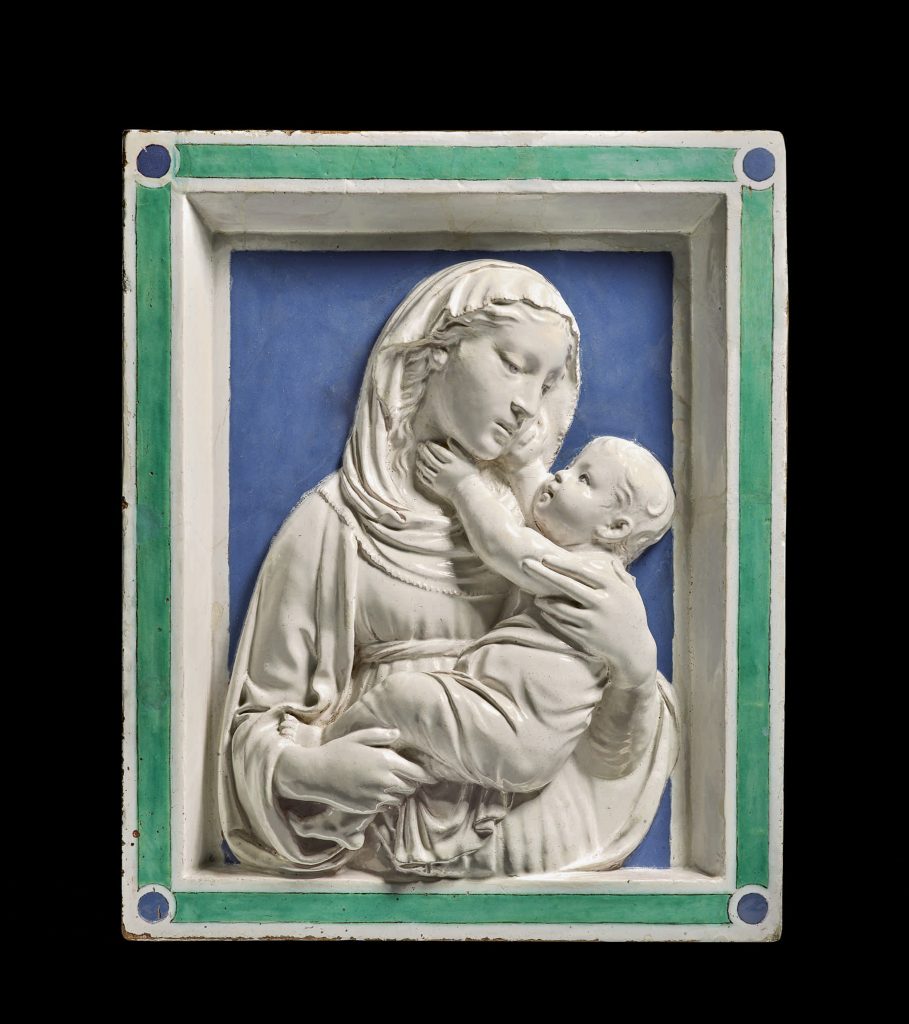 Luca della Robbia, Relief of the Madonna and child (ca. 1450). Courtesy of Sotheby’s.

That drama aside, the sale motored on in rather effortless fashion with the standout Luca della Robbia’s Relief of the Madonna and child in tin-glazed terra cotta, and deaccessioned by the Albright-Knox Art Gallery in Buffalo, New York, making a record $2 million (it was estimated at $700,000 to $1 million). Four of the six lots the institution offered found buyers, for a total of $3.2 million.

Other highlights included the only female artist in the sale, the Dutch Golden Age painter Rachel Ruysch and her masterfully realistic Still life with flowers in a vase on a ledge with a dragonfly, caterpillar, and butterfly from 1698, which realized an estimate-busting $2.2 million (against an estimate of $1 million to $1.5 million). 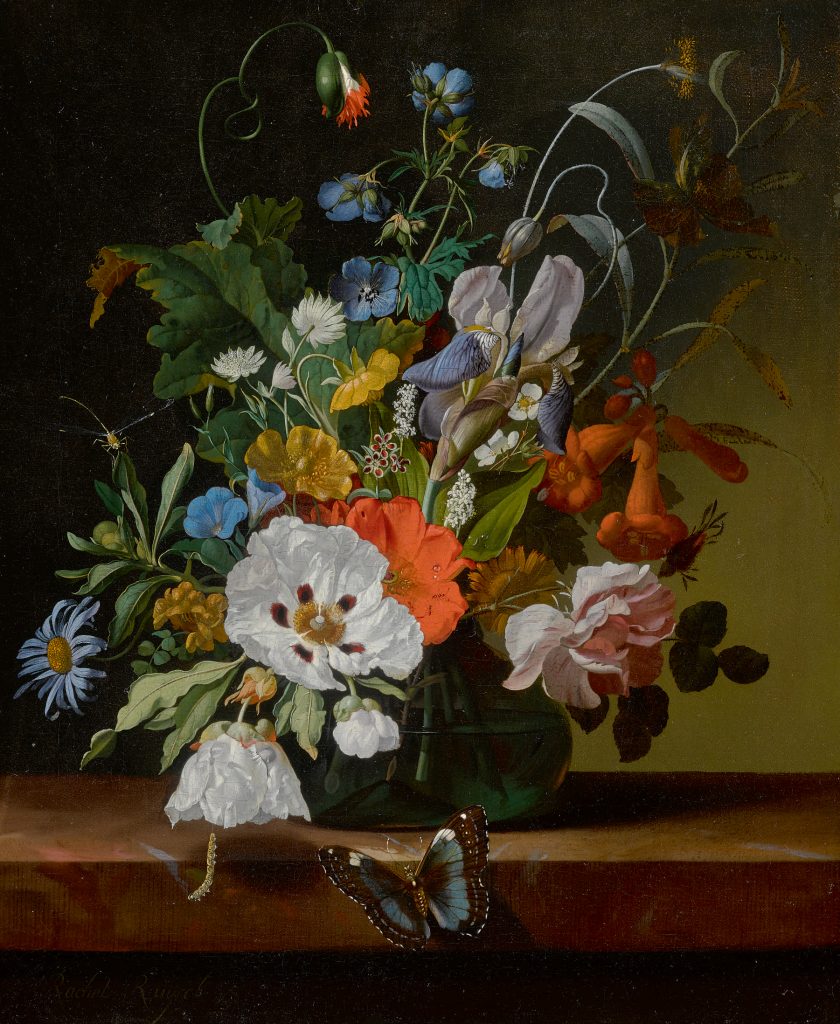 Rachel Ruysch, Still life with flowers in a vase on a ledge with a dragonfly, caterpillar, and butterfly (1698).

Another Dutch master, Ambrosius Bosschaert the Elder’s sumptuous, late-17th-century Still life with grapes in a basket, peaches on a silver dish, medlars, two butterflies, a fly and a snail, all on a red velvet cloth over a partially draped ledge, went for $2.3 million (against an estimate of $1 million to $1.5 million).

A charming Flemish work, Frans Pourbus the Elder’s Portrait of a young woman, aged 17, holding a small spaniel wearing a collar of bells (1576), elicited multiple bids, bringing$478,000, a record for the artist.

On the more somber side, Hugo van der Goes’s dramatically dark composition The descent from the cross, sold for $3.4 million (it was estimated at $3 to $5 million) and came to market backed by an in-house guarantee.

Though the star Rembrandt was disappointedly withdrawn, there was some compensation with Portrait of a young man behind a balustrade, possibly a self-portrait of the artist by Aert de Gelder—Rembrandt’s last pupil, according to Sotheby’s. It sold to an online bidder for a record $927,500 (it was estimated at $800,000 to $1.2 million).

“We met our expectations,” said George Wachter, co-chairman of Sotheby’s Old Master paintings worldwide. “And we also met our goals, so we’re really relieved at that.”

The live-streamed action resumes Friday morning at Sotheby’s with the single-owner and heavily marketed “Fearless: The Collection of Hester Diamond,” featuring more Old Masters and then some.