A London Museum Wants to Relocate a Statue of Its Slave-Trader Founder—But the U.K. Government Won’t Let It Happen


London’s Geffrye Museum has changed its name to the Museum of Home, but the institution’s statue of former namesake Robert Geffrye, an English merchant and slave trader, is still a source of controversy—and the government is preventing the museum from removing the sculpture from its prominent place above the entrance.

But its reopening festivities are expected to be marred by protests, with local Hackney member of parliament Diane Abbott set to speak at a rally calling for the statue’s removal, reports the Hackney Gazette.

The dispute arises as institutions across the U.K. wrestle with how to interpret the official government policy to “retain and explain” monuments to racist, colonialist, or otherwise problematic figures, from slave trader Edward Colston to British imperialist Cecil Rhodes. 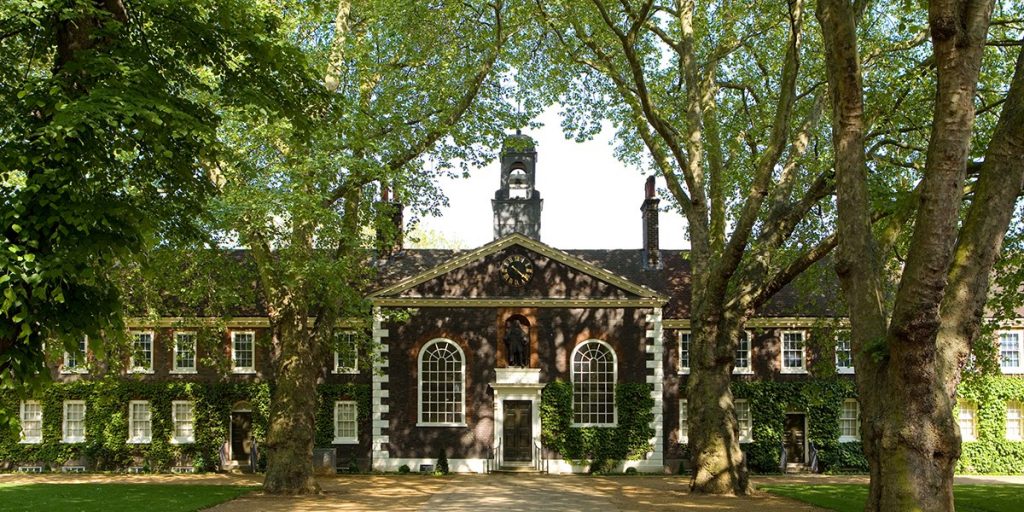 Geffrye was the part owner of a ship chartered by the Royal African Company that transported men, women, and children from West Africa to Jamaica, where they were sold into slavery. He also paid for the almshouses in London’s Hackney borough, which is now the site of the Museum of the Home, dedicated to period rooms recreating domestic life in the U.K. from the 1600s to the present.

Museum of the Home opted to keep Geffrye’s statue in place even after it changed its name from the Geffry Museum in November 2019. Under renewed pressure last summer, the museum’s board said the institution would “respond to the issues raised by this debate” and “reinterpret and contextualize the statue where it is,” according to a statement.

But the debate wasn’t over.

“Since then, an alternative interpretation of retain and explain has been suggested, envisaging that the statue could be relocated elsewhere in the museum’s grounds,” a museum representative told Midnight Publishing Group News in an email.

“The museum staff feel that by moving it to an alternative location on site we can explain it better,” Tamsin Ace, the museum’s director of creative programs, told the Telegraph. “Having it at height on a really visible thoroughfare in Hackney is problematic.”

Ace proposes moving the statue to the graveyard where Geffrye is buried on the far corner of the lawn. “It’s a great spot for contemplation and reflection, and people can choose whether they engage with him in that way because the statue remaining in position is a painful memory,” she explained.

But that effort was stymied when the Department of Digital, Culture, Media, and Sport made it clear it would not approve an application to relocate the statue elsewhere on the grounds of the building, which is has been listed by Historic England as a building of exceptional interest.

Now, the museum says its hands are tied. “In light of new legislation proposed by the government in January 2021 to protect historic monuments at risk of removal or relocation, the board believes that its original decision is the only practical option for the foreseeable future,” the museum representative added. “The museum is continuing to explore options for the statue and to listen carefully to all the issues raised.”

The statue at the Museum of the Home was originally installed at the former almshouse founded by Geffrye in 1724, and replaced with a replica in 1912 or 1913, before becoming a museum in 1914. It will now be accompanied by a sign that reads “these buildings were founded by Robert Geffrye, an English merchant who profited from the forced labor and trading of enslaved Africans.”

Other statues in the U.K. have been the source of similar disputes. In Bristol, protestors toppled a statue of 17th-century merchant and slave trader Edward Colson and dumped it in the harbor during last summer’s Black Lives Matter protests. A year later, it has gone on display at M Shed, part of the Bristol Museums.

And debate is still swirling over the fate of a statue of Rhodes at Oxford University. A college at the school voted last June to remove it, but determined last month that it would remain in place due to the costs involved. Now, 150 academics are boycotting the institution, refusing to teach while the statue remains in place.