There is no joy in possession without sharing, Erasmus once said—and it’s a lesson museums are learning.

The Dia Art Foundation and the Museum of Fine Arts, Houston, have jointly acquired an early landmark work by Sam Gilliam, which the two institutions will share moving forward. The institutions have split the purchase price evenly.

The price for the artwork was not disclosed, though the Financial Times reported that “market experts estimate a seven-figure sum.”

Gilliam’s work, a gallery-spanning installation of hanging canvases titled—appropriately, in this case—Double Merge (1968) has been on view at Dia’s Beacon museum since 2019 through a loan from the artist’s studio.

It is expected to move to Houston in 2022, and will change places roughly every five years after that. Per the terms of the agreement, the institution holding the piece at any given time will be responsible for insuring it; they also have control of how and when it’s exhibited. 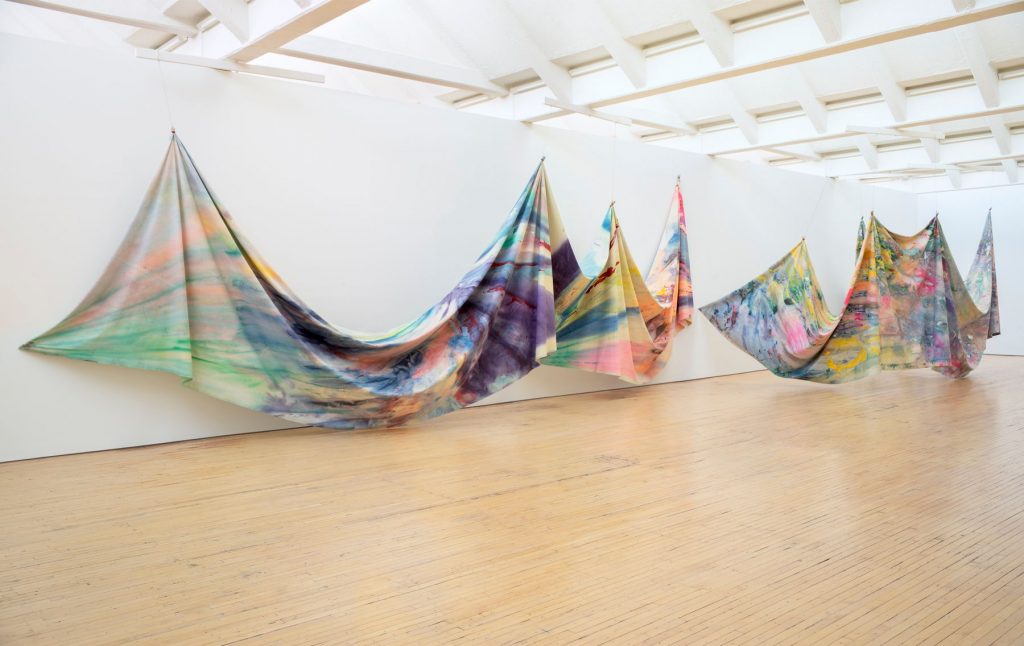 “We have these works in order to show them to a general public, so therefore reaching more of a public in different parts of the country is surely only a good thing,” says Jessica Morgan, Dia’s director.

This agreement came together quickly and was “miraculously straightforward,” she says: it was simply a matter of reaching out to the Museum of Fine Arts and proposing the idea.

Though the Houston institution has two other works by Gilliam in its collection, museum director Gary Tinterow says Double Merge is in a “league of its own, on a par with Monet’s Nympheas at the Orangerie in Paris.”

Considering the simplicity of the deal, why don’t more museums partner for join acquisitions, especially in an era of depressed budgets?

“It baffles me,” Tinterow says. “I have always approached my job as a curator as a mandate to make the best possible displays for my audience. Ownership of the particular pieces is almost irrelevant.”

“I do believe that this is the future for acquisitions,” Morgan says.