The Wu-Tang Clan’s one-of-a-kind record Once Upon a Time in Shaolin has a new owner.

The United States Department of Justice has found a buyer for the world’s most valuable album, which it seized from former owner Martin Shkreli in 2019 after the U.S. Court of Appeals for the Second Circuit upheld the disgraced pharmaceutical executive and hedge fund manager’s conviction and sentencing for securities fraud.

The buyer and the purchase price are both being kept confidential, but the sale will cover the $7.4 million forfeiture money judgment against Shkreli.

“Shkreli has been held accountable and paid the price for lying and stealing from investors to enrich himself. With today’s sale of this one-of-a-kind album, his payment of the forfeiture is now complete,” acting U.S. Attorney Kasulis said in a statement. 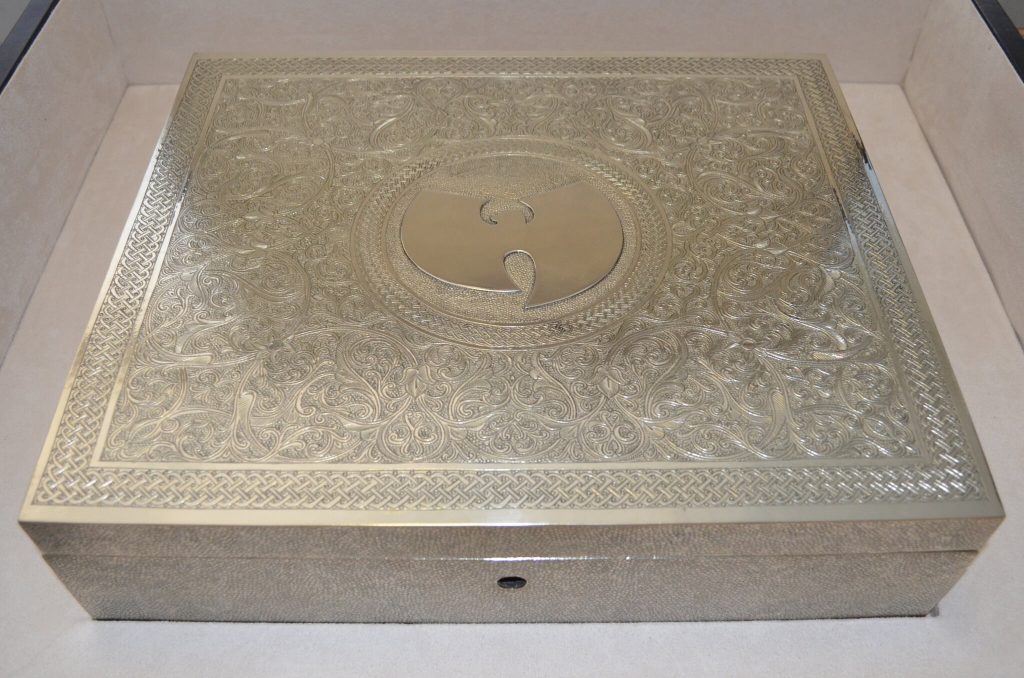 The one known copy of the Wu-Tang Clan album Once Upon a Time in Shaolin has been sold to a new owner after being seized by the government. Photo by the United States Marshals Service.

The rap group first announced the release of Once Upon a Time in Shaolin in March 2014.

“We’re making a single-sale collector’s item,” Wu-Tang’s Robert Diggs, known as RZA, said at the time. “This is like someone having the scepter of an Egyptian king.”

The 128-minute double album features 31 tracks and is stored in a hand-carved box, along with a 174-page leather-bound parchment book featuring the lyrics to and other information about the songs.

Infamous for dramatically inflating drug prices—the life-saving AIDS medication Daraprim went from $13.50 to $750 a pill under his ownership—Shkreli infuriated music fans when he revealed himself to be the album’s owner in December 2015. 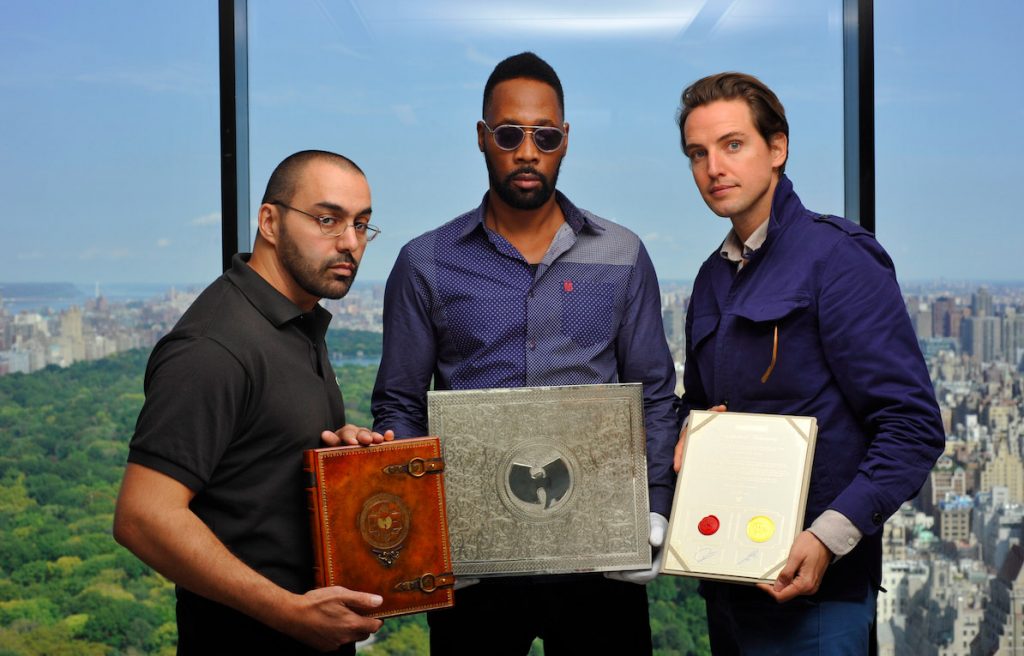 Wu-Tang Clan members Cilvaringz and RZA and Paddle8 founder Alexander Gilkes hold the book, box, and certification that come with the “Once Upon a Time in Shaolin” album. Photo courtesy of Paddle8.

But to this day, the record has only been played publicly once, in a 13-minute excerpt for a select group of potential buyers, press, and contest winners at New York’s Museum of Modern Art in March 2015.

There are reports that the album originally sold for $2 million, and it is officially recognized by Guinness World Records as the world’s “Most Valuable Album.”

“I can also confirm that the sale price was substantially more than what Mr. Shkreli paid for it,” Benjamin Brafman, Shkreli’s lawyer, told CNBC. 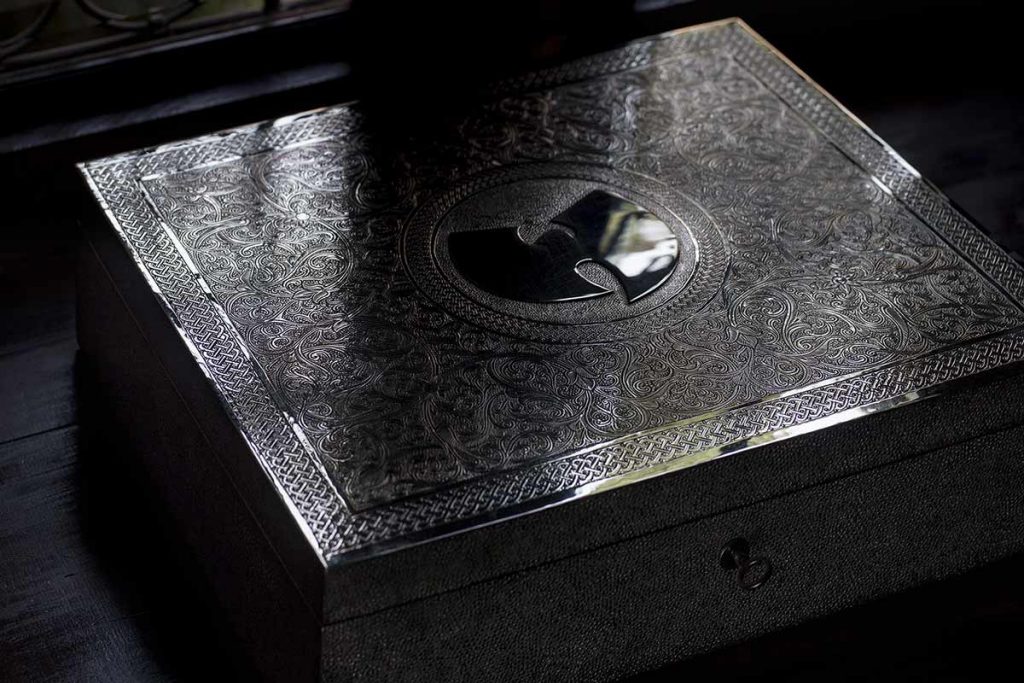 The Wu-Tang Clan’s one-of-a-kind album Once Upon a Time in Shaolin. Photo courtesy of Paddle8.

Shkreli was convicted of trying defraud investors and manipulate the stock price of Retrophin, his publicly traded biopharmaceutical company. Before he was forced to relinquish his assets, Shkreli unsuccessfully tried to sell the album online. He is currently serving a six-year federal prison sentence.

The auction company that conducted the original sale, Paddle8, has also seen a dramatic reversal of fortune in the years since. It merged with Berlin online auction platform Auctionata in 2016, but that company folded in early 2017. Paddle8 declared bankruptcy of its own in March 2020.

Once Upon a Time in Shaolin faced legal proceedings of its own when artist Jason Koza claimed his work had been used without permission in the book made to accompany the record. The case was later settled.