Stefan Simchowitz has been described as many things: advisor, collector, flipper, the “Art World’s Patron Satan” (in the New York Times), and Sith Lord by critic Jerry Saltz.

“Why not polemicist?” wondered the multi-hyphenate as we sat inside the gallery he just opened on Beverly Boulevard in Los Angeles. “I like to discuss ideas,” he said, “and systems. I’m interested in deconstructing; why a system functions the way it does.”

And it’s the very systems of the art world that Simchowitz seems to enjoy deconstructing the most. In his over-the-top way, he has long broken with the norms and ethics that govern collecting and dealing, including literally cutting up artists’ work to resell in greater quantities, and aggressively persuading young artists to sell him large bodies of work for cheap. Now, Simchowitz has done the unthinkable, at least for him: He’s opened an ordinary, brick-and-mortar art gallery.

“In the past decade I’ve built the engine,” he said. Now, he needed to “put a frame on it because it’s been impossible for me to explain what I do. I just wanted a real simple entry point so that people could be like, ‘Oh, he’s got a gallery, he supports artists,’ because basically everyone understands that. It’s like feeding a baby a steak, you start off with the pea, and that’s how your baby starts to eat. This simplifies the story for public consumption.”

Simchowitz’s Hollywood background—he was a producer on numerous films, most notably Requiem for a Dream—comes into play at the gallery, which feels like a key piece in the puzzle that makes up the narrative of his career. “One hundred percent,” he said, “this is a theater and a theatrical release, and it’s a component of the distribution profile.” 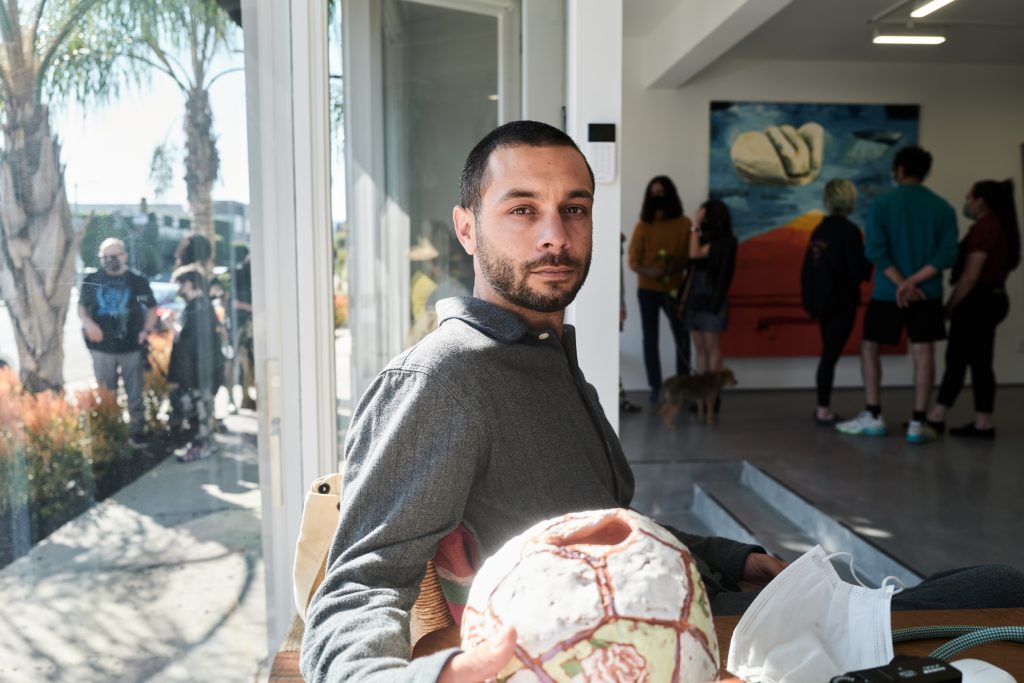 For the gallery’s debut show, of paintings and ceramics by Pasadena artist Ken Taylor (through April 10), Simchowitz opted against hiring publicists or a communications team. For its Instagram account, Simchowitz decided the gallery would follow no one, which is intended to guard against perceptions of favoritism, he said. “You go to Kordansky and you go to the other galleries, and they’re following a very specific group of people. By not following everyone, I’m not insulting anyone; being like this, I’m open to everybody.”

In another departure from gallery norms, the sales directive is first come, first served. He’s not reserving pieces for top collectors to leverage as social currency or to compete for artists to represent (he has his own list of up-and-coming artists ready to draw from, he said). Simchowitz recounts a recent visit by a group who assumed that everything was sold and unavailable unless you were with an institution.

“’Not at all,’ I told them,” and their energy immediately warmed, he said. “I’ve never been against the institutional business. I’ve been against how they operate and the philosophies and conditions of how they’ve built a business. I just think it can be done better and more efficiently.”

Remember that scene in Pretty Woman, when Julia Roberts walks into a tony Rodeo Drive boutique and the haughty staff refuses to serve her, even though she’s got scads of Richard Gere’s cash to spend? “I think the reason you don’t go to some of the bigger galleries in town is because the second you walk in there, you’re a nobody. You go to the Four Seasons and check in and they say, ‘How are you today? Would you like the New York Times with your coffee and breakfast tomorrow morning?”

That is the Simchowitz gallery directive. Gone are the high counters and cool staff. Instead, everyone is warmly welcomed by Hannah, a former museum employee who wears combat boots and a smile, and is ready to chat about your favorite artists, why you’re here, and how she can help. The furniture is mid-century, with warm wood and comfortable benches throughout. 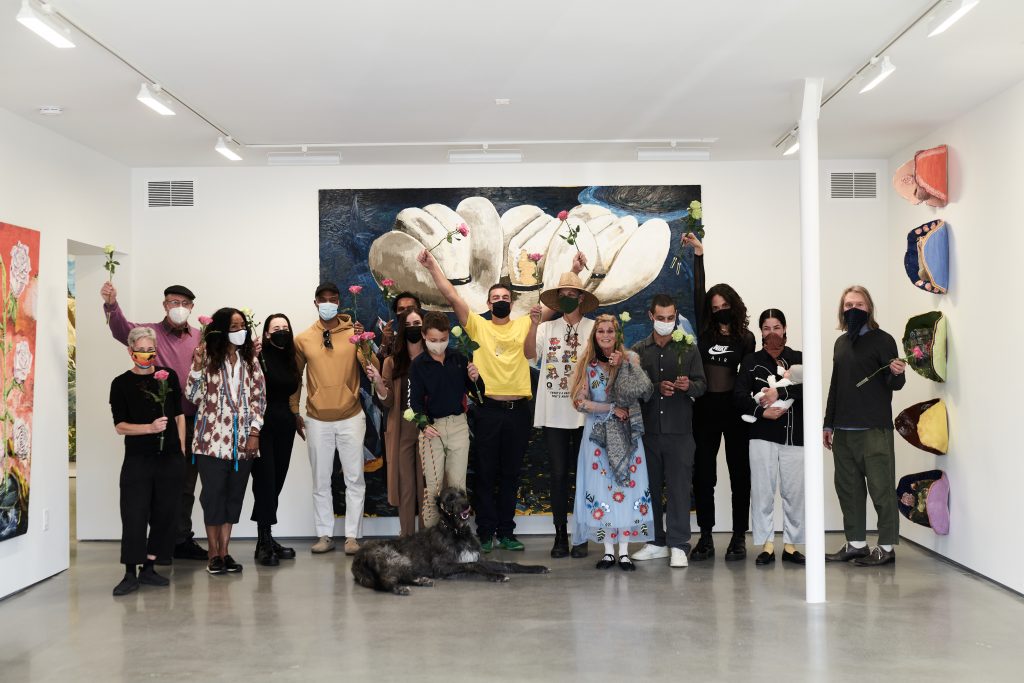 Artist Petra Cortright had this to say about her collector friend: “Stefan has a polarizing personality, but at the end of the day he truly loves art and it is something that I will always respect about him. Every aspect of his life is dedicated to good taste and good art. I wish there were more people like him, but there aren’t.”

Recently, on his personal Instagram account, Simchowitz posted a video of Muhammed Ali in the ring. His caption read: “I take inspiration in this. Ducking and diving. Art world vs Ali.”

The Simchowitz ego may be large, but it’s his dexterity and ability to throw a punch—and take one—that keeps people coming back to watch his next match, which is likely to be just as bloody and entertaining as the last.