The Gray Market: Why the New York Art Market Could Be Reshaped by the State’s Progressive New Budget (and Other Insights)

This week, anticipating a new clash between collectors and the taxman…

On April 6, New York state announced a new budget that does exactly what many in the liberal-leaning cultural sector have been clamoring for every level of government to do in recent years: raise taxes on the highest-earning residents, partly to directly benefit the art industry. The question now will be whether this more progressive tax policy works as envisioned, or whether it backfires by driving the one percent away from spending, giving, and even living in New York.

All told, the state’s fiscal year 2022 budget will channel more than $1 billion in relief and recovery funding to small businesses within and beyond the cultural space. The lion’s share of that total ($865 million) will take the form of grants to small businesses, including both for-profit and nonprofit arts institutions accosted by our ongoing public-health nightmare. Another $139 million will be doled out to the same categories of recipients via tax credits.

Of the package’s $865 million in grants, $60 million will be earmarked exclusively for cultural nonprofits. Two-thirds of this amount will arrive through a dedicated fund to help these entities bounce back in general, and one-third will be funneled through an array of capital grants specifically designed to assist with measures combating everyone’s least favorite spike protein, such as “outdoor performance space projects, flexible seating, [and] HVAC and filtration upgrades.” (Separate from these provisions, the budget also re-ups the $40 million in arts grants provided every year by the New York State Council on the Arts.)

While a significant portion of this new spending comes courtesy of federal aid to the Empire State, some of it will be fueled by higher tax rates hitting top-earning residents like a well-placed uppercut. For the 2022 through 2027 tax years, New York’s freshly ratified budget will increase the personal tax rate from 8.82 percent to 9.65 percent for filers with annual income over $1.08 million, and to 10.9 percent for the top income bracket, above $25 million.

How do these rate hikes actually translate into dollars and cents? Setting aside all other factors, any New Yorker with $3 million in annual income would see their starting state tax bill rise from $264,600 to $289,500—a delta of less than $25,000.

Zooming out, state officials estimate that the new budget will bring in an additional $7.8 billion in tax revenue over the 2022 and 2023 fiscal years. That two-year stretch will be Albany’s most lucrative under the plan, since it will also see the tax rate temporarily ascend from 6.5 percent to 7.25 percent on business income above $5 million.

To summarize, then, New York’s fresh fiscal blueprint raises a lot of money for statewide recovery by asking individual high earners to make what practically everyone else would call modest sacrifices. But many of the people being asked to pay more may see the situation differently, and their reaction could deal an unexpected blow to the New York art market. 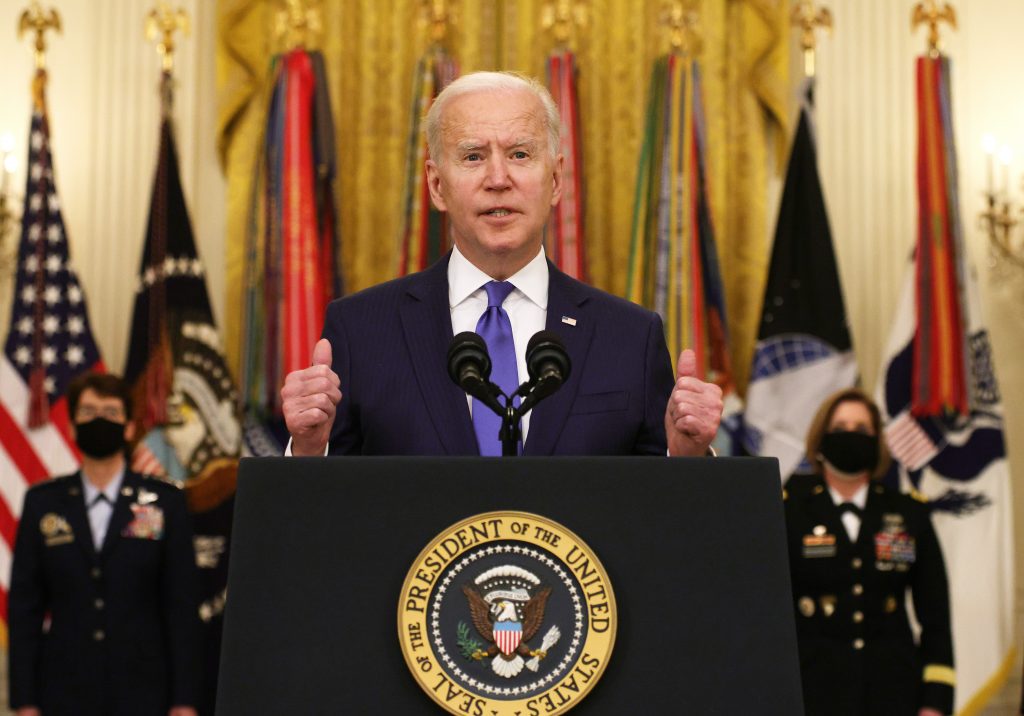 Here’s one thing I know to be true about wealthy people: None of them makes decisions about their money or lifestyle based strictly on just one type of tax. It would be like trying to find their way out of the wilderness using a map that leaves out waterways and mountains. Instead, they (and their tax professionals) look at the entire landscape of levies and chart a course forward based on how everything coheres.

This is important context in the U.S. right now, because president Joe Biden’s ambitious new infrastructure plan hinges on at least two major federal tax considerations. First, the administration hopes to pay for the program in part by elevating the corporate tax rate from 21 percent to 28 percent; this move would effectively double as a stealth wealth tax, since companies paying more to the IRS inevitably return less to shareholders (who disproportionately tend to be people of means).

The second issue is the state and local tax (or SALT) deduction, the amount any U.S. resident can lop off their federal tax bill because it has already been paid to those other two levels of government.

In 2017, the Trump administration placed a cap of $10,000 on the SALT deduction—a change seen by several policy think tanks as being most damaging to high-earners in blue states, where taxes tend to be higher. No surprise, then, that multiple Democrats in the House of Representatives have already pledged to reject Biden’s infrastructure bill unless it eliminates the upper limit on the SALT deduction. Among them? Tom Suozzi of New York.

So on its own, Biden’s infrastructure bill embodies why high-earning participants in the New York art trade won’t evaluate the state’s new budget in a vacuum. Diana Wierbicki, the global head of art law at Withers Bergman LLP, pointed out to me that removing the SALT cap would lessen the impact of the New York increases on taxpayers. “On the other hand,” she added, “collectors may see changes in New York as a predictor of federal tax increases to come and therefore may react more strongly than the New York changes would in isolation predict.”

What would it mean to react strongly? It depends on who we’re talking about. Wierbicki judged the state’s new budget as “unlikely to have a major impact” on the art spending of ultra-high-net-worth collectors (normally defined as those with investable assets of $30 million or more). She also anticipates few instances of donors reducing their financial contributions to arts institutions, particularly since other measures enacted under recent federal relief bills dramatically incentivize certain types of charitable giving through 2021.

On top of this, I would wager that any self-styled art philanthropist would be absolutely crushed by their peers for scaling back their donations because of a minor rise in the state tax rate. Social currency and optics are far too important in this realm to do something so cheap.

But Wierbicki cautioned that the state’s new budget could affect activity in the “middle tier” of the art market. Why? The tax increases will be felt more by the class I’ll call the unremarkably wealthy: New Yorkers earning a few hundred thousand to a few million dollars annually, giving them far less discretionary income to spare than UHNWIs. (Remember what Connor Roy told cousin Greg in Succession about being worth $5 million: “You can’t do anything with five, Greg. Five’s a nightmare… can’t retire, not worth it to work.”)

Yet the New York art world isn’t just about spending, even at the apex. It’s also about presence, and presence may be the most interesting question provoked by the shifting tax landscape. 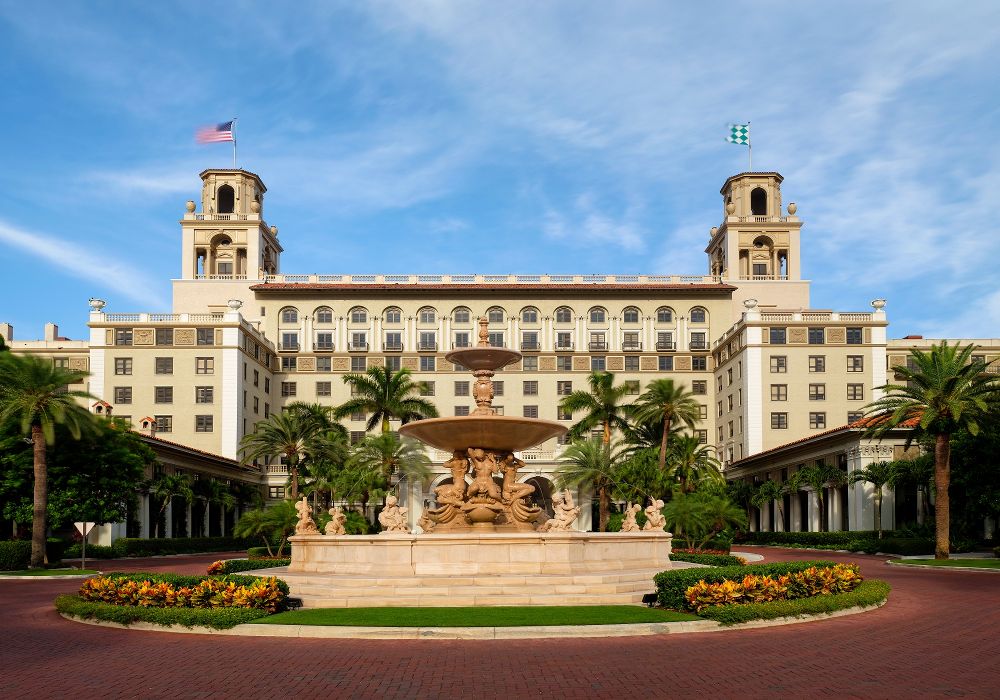 SHOULD I STAY OR SHOULD I GO?

Attorney and art law specialist Thomas Danziger framed New York’s new budget memorably: “The current tax plan could have been devised by the Florida chamber of commerce.” Although he doubts any serious collectors would move elsewhere based on Albany’s latest budget alone, he echoed Wierbicki in stressing that what matters is how it contributes to the cumulative effect on every high-net-worth collector’s individual tax picture.

“Each of our clients has a different tipping point,” he said, “but there comes a point where the people in the top income bracket will make the decision that it’s no longer worth it to live in New York.”

The grand irony is that the driving force behind the state’s progressive budget—namely, the preceding year of devastation caused by the “c” word—has arguably made the prospect of bailing on the Empire State more palatable to ultra-high-net-worth collectors than it’s ever been.

Danziger called 2020 a “dry run” for such a future given that so many wealthy people spent so much of 2020 in other elite-friendly locations like south Florida, California, Mykonos, and elsewhere. They didn’t just survive in these other destinations; they thrived, with many of their businesses and investment portfolios posting best-ever returns.

High-end dealers and auction houses followed their migration patterns, too, whether that meant setting up glitzy outposts in Palm Beach and the Hamptons, or just hopping on a plane for a sortie to a particular client and/or a target-rich selling environment.

It’s worth remembering that moving away for tax purposes wouldn’t necessarily mean vanishing from the New York art scene forever, either. The rules are complex, but if high earners are careful, there are still ways for them to spend significant stretches of any year in New York without qualifying as a resident owing state income taxes. (The annual upper limit is 183 days, but the closer you get to this threshold, the more onerous it becomes to prove you were just visiting.) Regardless, I promise you the collectors who would bankroll this lifestyle would also bankroll the tax attorneys and certified public accountants necessary to slide through every loophole. 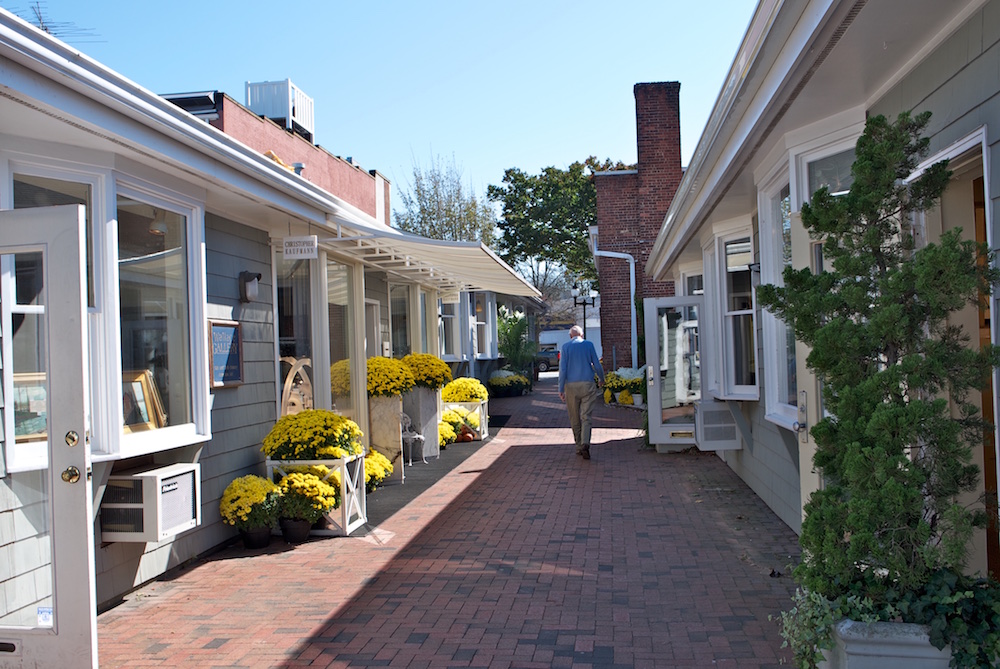 In the end, though, I don’t think we’re at a point in the overall tax cosmos where New York’s modestly more progressive budget will push a sizable number of high- and ultra-high-net-worth art buyers out of state. The disruption seems too extreme relative to the tax savings they would get out of it.

As Ginia Bellafante wrote in the New York Times last week, how many people “making $2 million a year will really move from the Upper East Side to South Beach—a location where climate models predict two feet or more of sea-level rise by 2060—for a savings roughly equal to the cost of a used Chevy Malibu”?

That could change, however, depending on what else transpires at the federal level in the years to come. Yes, the richest Americans have a long history of howling at tax increases no matter the circumstances; my favorite example remains Jack Morgan, the third-generation leader of the Morgan banking dynasty, slandering the New Deal in 1933 as a Trojan Horse aimed at the “extinction of all wealth and earning power” when he himself paid no personal income tax in the three preceding years and the nationwide unemployment rate was 25 percent.

Still, I agree with Danziger that everyone has a limit. Like an unfaithful man, the very wealthy tend to only be as loyal as their options make them—and they have never had more options in the art market and luxury living than they have in 2021. Let’s see how unsexy but important changes to the tax code might direct their wandering eyes and collecting dollars in the years to come.

[The State of New York | The New York Times]

That’s all for this week. ‘Til next time, remember: Things change very slowly, then all at once.