The Art of Craft: Chanel Celebrates 100 Years of Its Storied No. 5 Fragrance With a Daring High Jewelry Collection


It’s difficult to think of a fragrance more renown than Chanel No. 5, that powerful and hyper-feminine scent that Gabrielle Chanel conceived in 1921 as “a woman’s perfume with the scent of a woman.”

For years, it has trailed into rooms behind the likes of Anna Wintour, Lauren Hutton, and Marilyn Monroe, who once quipped she wore nothing to bed save for five drops of the perfume.

The scent has permeated culture arguably more than any other, influencing Andy Warhol (who fashioned Pop art odes to its sleek glass flacon), Richard Avedon, Ridley Scott, and Baz Luhrmann, who directed campaigns for the fragrance fronted by stars like Nicole Kidman and Catherine Deneuve. 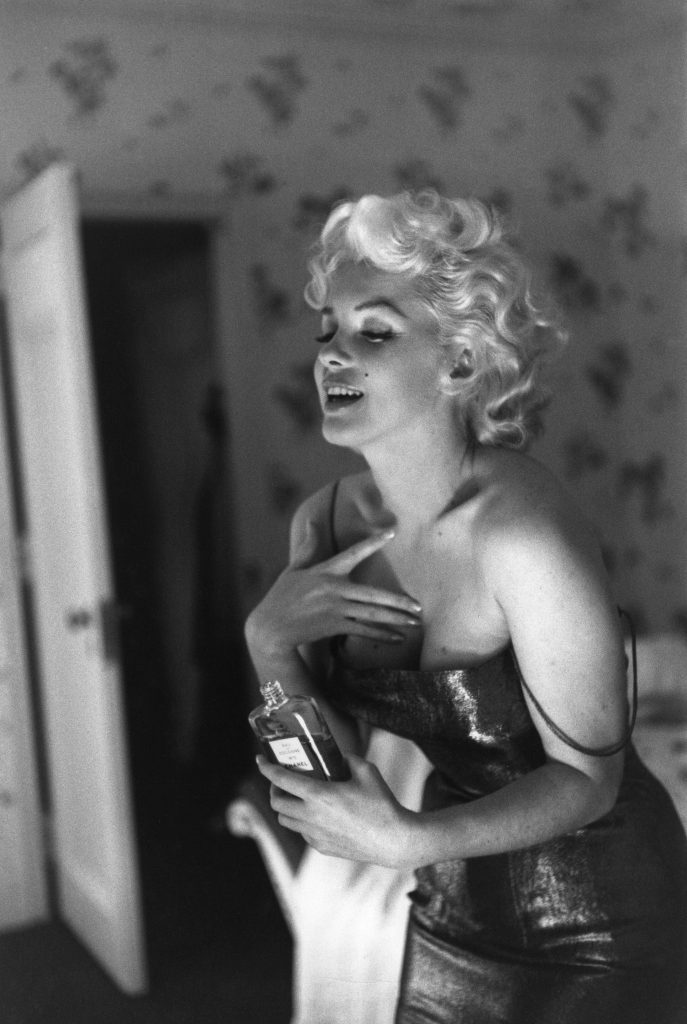 In 1959, the Museum of Modern Art acquired a No.5 bottle and packaging for its permanent collection. And a new book penned by German historian Karl Schlögel entitled dives into how the fragrance came to be, marking all the ways in which its creation was not only an olfactory revelation, but an important lesson in history—a tale rife with political intrigue and family betrayal that dates all the way back to the Russian Revolution.

Indeed, stories abound about Chanel No. 5, which celebrates its 100th birthday this year.

In celebration, the house of Chanel has designed its latest collection of high jewelry in its honor—the first to be dedicated wholly to a perfume. 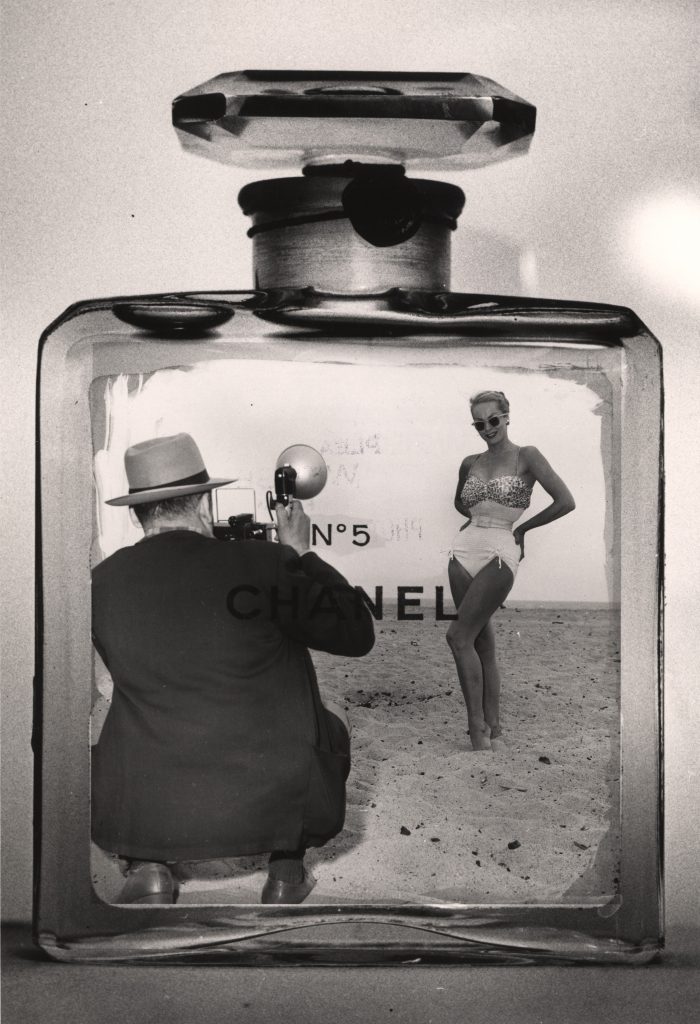 Weegee (1899–1968) taking a photograph of a woman in a bathing suit inside a Chanel No. 5 bottle in the late 1950s. (Photo by Weegee (Arthur Fellig)/International Center of Photography/Getty Images)

The collection comprises 123 pieces and was designed by Chanel’s fine jewelry director, Patrice Leguéreau, who took inspiration from the boldness of Gabrielle Chanel’s 1932 Bijoux de Diamants collection (her first and only jewelry collection), which was crafted exclusively in platinum and diamonds that together broke the codes of French high jewelry at the time.

Many objects, in fact, were constructed with flexible structures that wearers could bend and adjust to their will. The point of the collection was to celebrate free-spirited strength. In a bold gesture, Chanel presented her pieces in an exhibition at her private townhouse at 29 Faubourg Saint-Honore in Paris on the bodies of eerily realistic wax figures said to be inspired by Chanel’s Surrealist friends, such as Salvador Dalí. 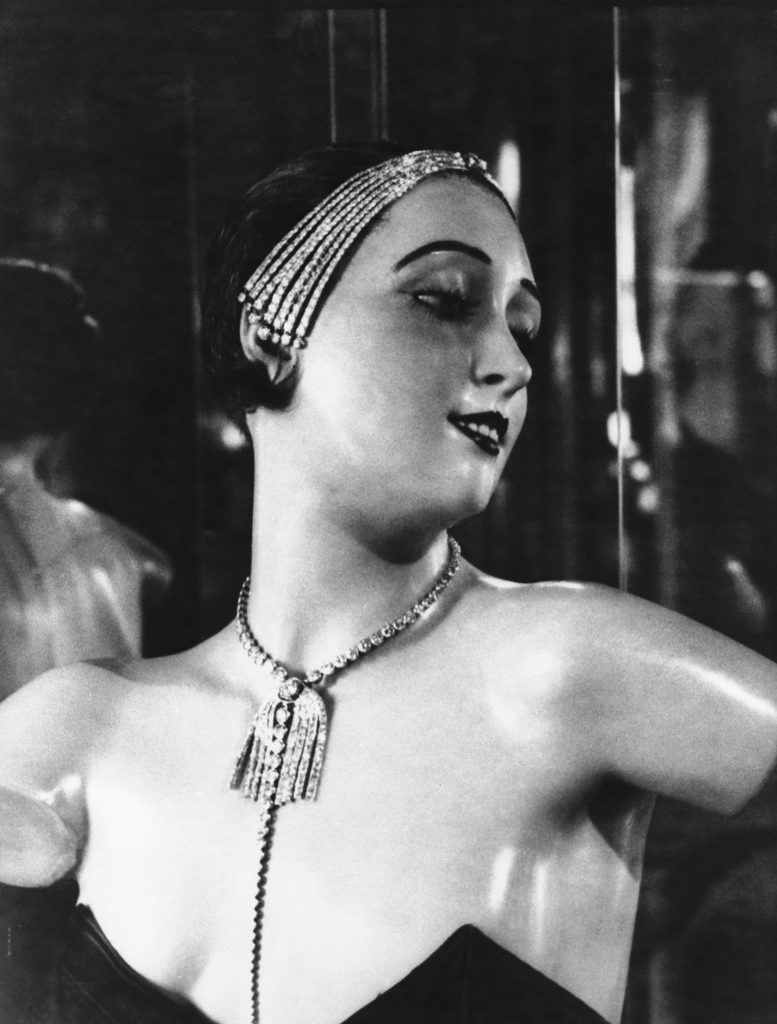 In many ways, this latest high jewelry collection represents much of Chanel’s history through both its homage to the No. 5 fragrance, and its echoes to its founder’s jewelry line.

But the most striking piece is no doubt its 55.55 white-gold and diamond necklace, which simulates the curves of the No. 5 bottle in a series of dazzling, custom-cut diamonds and platinum. At its center is a show-stopping emerald-cut diamond, crafted to weigh exactly 55.55 karats in homage to Gabrielle Chanel’s favorite number.

The stone is set in an 18-karat white gold bezel and is framed by 104 round and 42 baguette diamonds, which together form the No. 5 bottle shape and its prismic stopper. 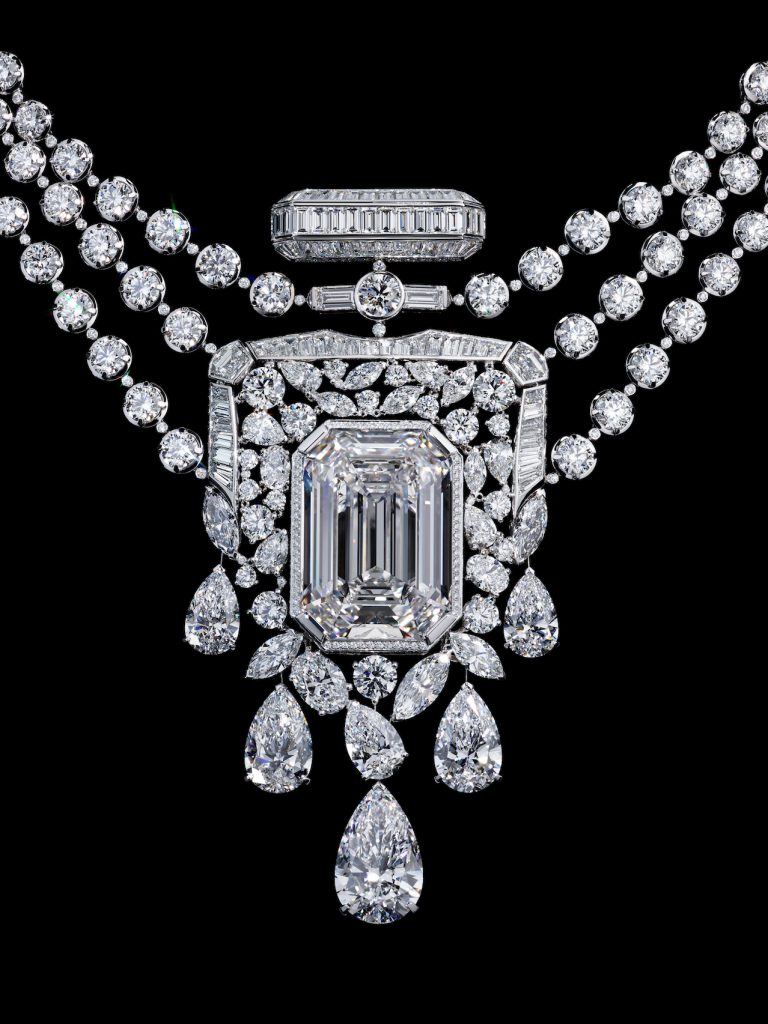 From there, a cascade of round and pear-shaped diamonds fall down around the bottom of the enormous center diamond, calling attention to the decollete of the wearer.

The various parts are secured by invisible white-gold fixtures, which culminate in a diamond-encrusted number five-shape clasp at the back of the wearer’s neck.

The piece, notes the house, immortalizes the key elements of the fragrance’s allure: its bottle, its stopper, its number, its flowers, and its sillage.

Unfortunately for those dying to try it on, Chanel has chosen to keep the work in its archive so it can remain safely part of the house’s legacy for years to come.

Still, there are plenty of other pieces to ponder, and interested readers can find out more about the collection, which officially debuts next month, here.