It’s Pride month in 2021 and everywhere you look, places from museums to banks to your local supermarket are waving the rainbow flag. But it wasn’t always this way.

In fact, it was not until 2017 that that the U.K.’s leading art institution, Tate, mounted its first exhibition celebrating queer British art. The date marked 50 years since male homosexuality was partially decriminalized in England. Curated by art historian Clare Barlow, who was driven to look at queer art history by her own experience growing up as a lesbian in the 1980s, it explored 100 years of work by artists and subjects with wide-ranging sexualities and gender identities, from the coded desires of the Pre-Raphaelites to representations of and by queer women, to sex in London’s Soho in the 1960s.

We caught up with Barlow, who is now a curator at the Science Museum, about her own journey through the museum world, the landmark exhibition at Tate, and the institutional work that still needs to be done to open up museum spaces to LGBTQ+ communities. 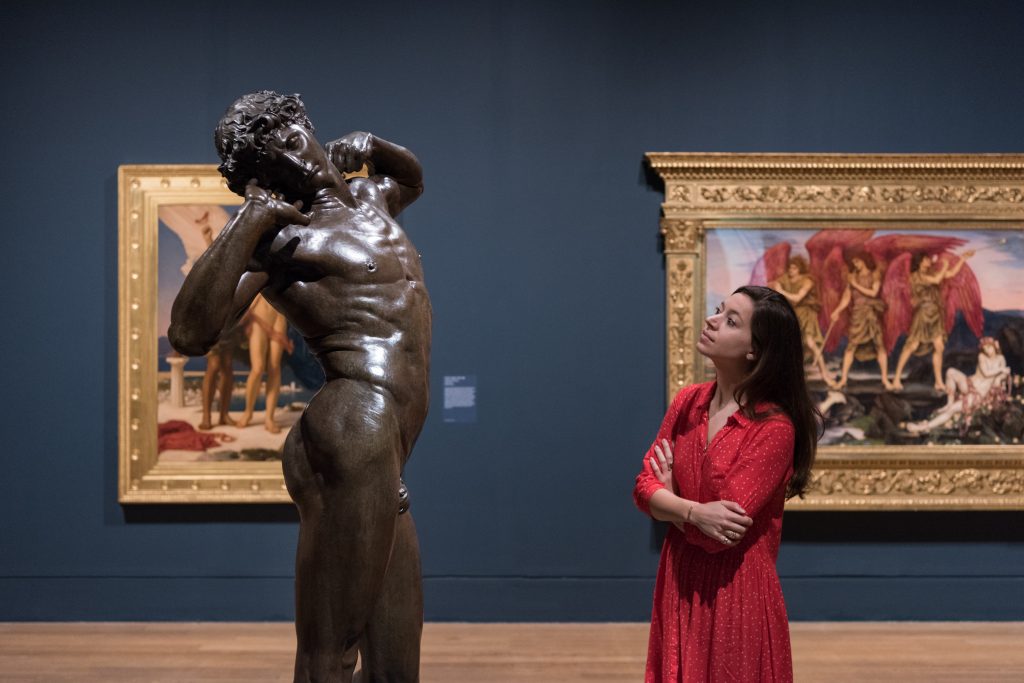 Can you tell us about your personal experience entering the museum world? What inspired you to pursue a career in the field?

I have always loved museums. No matter who you are, what mood you’re in, or what questions you’re looking at in your life, there will be someone or something in our collections that can speak to you. It’s a privilege to introduce visitors to the fantastic objects, beautiful artworks, and incredible stories that we hold in our collections.

Your research interests are varied, and include the history of the body, as well as issues of gender and representation. Was there anything in particular that propelled you to take a deeper interest in the study of queer art history?

I think it was my own experiences growing up as a lesbian in the 1980s. Back then, lots of people seemed to have this bizarre idea that being gay was a new thing and that if everyone would just shut up about it, it would go away again. There was very little representation in the media, particularly of lesbians. I didn’t even realize that there was a history of queerness until I got to university, let alone that it would be so diverse. Researching queer histories helped me when I was coming out by showing me that we are part of a vast community, not only globally but also stretching back through time.

Four years ago you curated “Queer British Art” at Tate Britain, which marked the 50th anniversary of the partial decriminalization of male homosexuality in England. Before then, how had the institution been engaged with queer art histories?

Many national museums have a long history of engaging with queer art histories, through public tours and events or through a label discussing a particular work or particular artist, and Tate was no exception. I think the big surprise, though, for all of us working on the show was the sheer range and diversity of works that could be considered queer, and how deeply queer themes run through what is sometimes portrayed as being the canon of British art. The exhibition was an opportunity to join some of the dots and to show that queer art has always been part of our heritage. 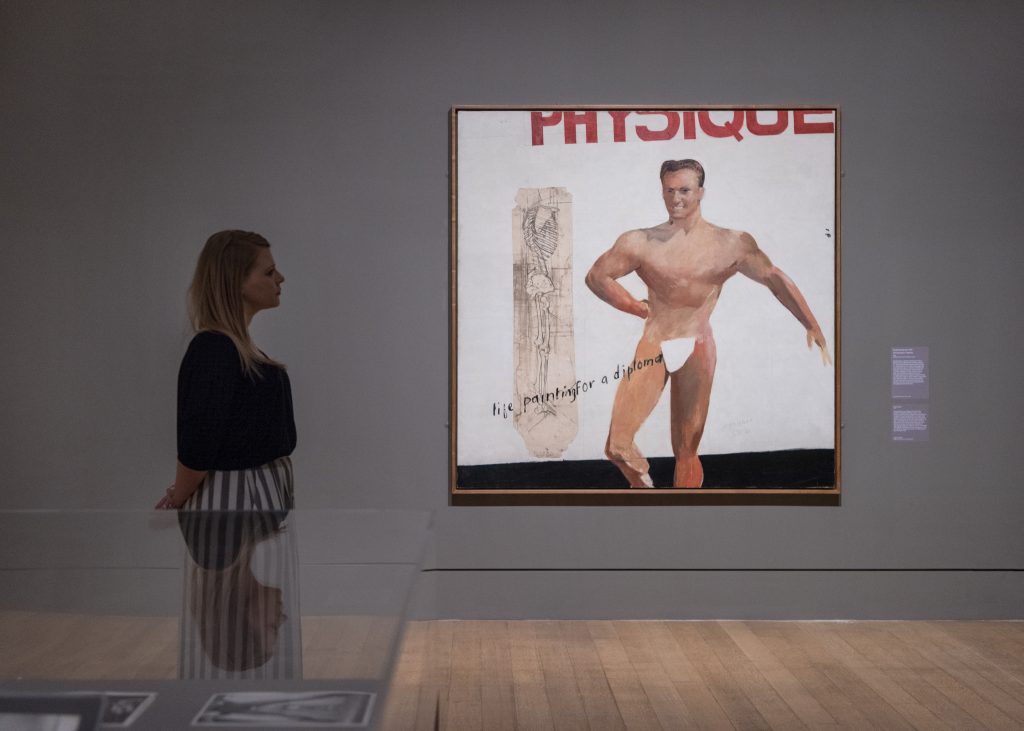 The exhibition charted just over 100 years in history, from 1861 to 1967. Can you tell me a little about your experience digging queer histories out of that period? What challenges did you face?

I think one of the big challenges when researching queer histories for any period is finding the material, either because the records don’t survive or because they were never created in the first place. Lots of records were destroyed, often by families wanting to “heterosexualize” someone’s life after their death. It’s also very rare for someone in the past to leave a smoking gun letter, saying the equivalent of “you and me last night in the bushes, this is what we did, this is what I felt, this who I am now.” Straight couples rarely leave that kind of evidence and it’s even rarer for queer couples, who may be facing dire legal consequences if they are caught. There’s also an issue of terminology. People have understood and described their desires and genders in all sorts of ways, some of which may be deeply personal. Modern terminology often doesn’t do them justice. It’s one of the reasons I like the word queer—it covers a whole range of identities, experiences, and relationships.

In recent years, some contemporary queer artists have resisted their work being read and interpreted only thorough a queer lens. Why is this a problem? How have you distinguished queer art from work by artists who happen to be queer in your work?

It’s interesting, this question gets asked a lot about queer work, but less about work by straight artists. Queerness is one lens through which a work can be explored—it’s not the only lens, or the only aspect of any work. We need equality so that artists can choose to explore queer aspects of their identity without fear. But it’s not the responsibility of queer artists to always explicitly create work about the queer aspects of their identity, just as straight, cis artists don’t always explicitly create work about the experience of being straight and cis.

As the LGBTQ+ rights movement has advanced, many signs and signifiers of the queer community have been adopted into the mainstream, and some contemporary artists who are straight have come under fire for using queer imagery in their work. Can an artist who is explicitly straight make queer art?

Calling something a “queer work” is a very broad label and the artist’s identity isn’t the only way in which a work can be queer. Sometimes queerness is in the eye of the beholder. One of Oscar Wilde’s contemporaries, the critic Graham Robertson, greatly enjoyed the queer possibilities opened up by Walter Crane’s use of a male model for Venus in his painting The Renaissance Of Venus, even though Crane only picked a male model because his wife didn’t want him painting nude women. We also found lots of examples of collections of postcards of artworks that had been put together by queer people as a sort of touchstone for their identity. Some of those might be obvious works by queer artists but in other cases, it might be that the collector found something of themselves in the work. One man had a collection full of paintings of people in military uniform and it was only later in the album, when we came across a group of erotic photographs, that we realized that this was his kink. Were the original paintings queer? Maybe not, but the collection certainly was. There’s obviously a difference, though, between this sort of community claiming and so-called “queerbaiting,” when queerness is hinted at to try and tempt a queer audience, but is never made explicit. 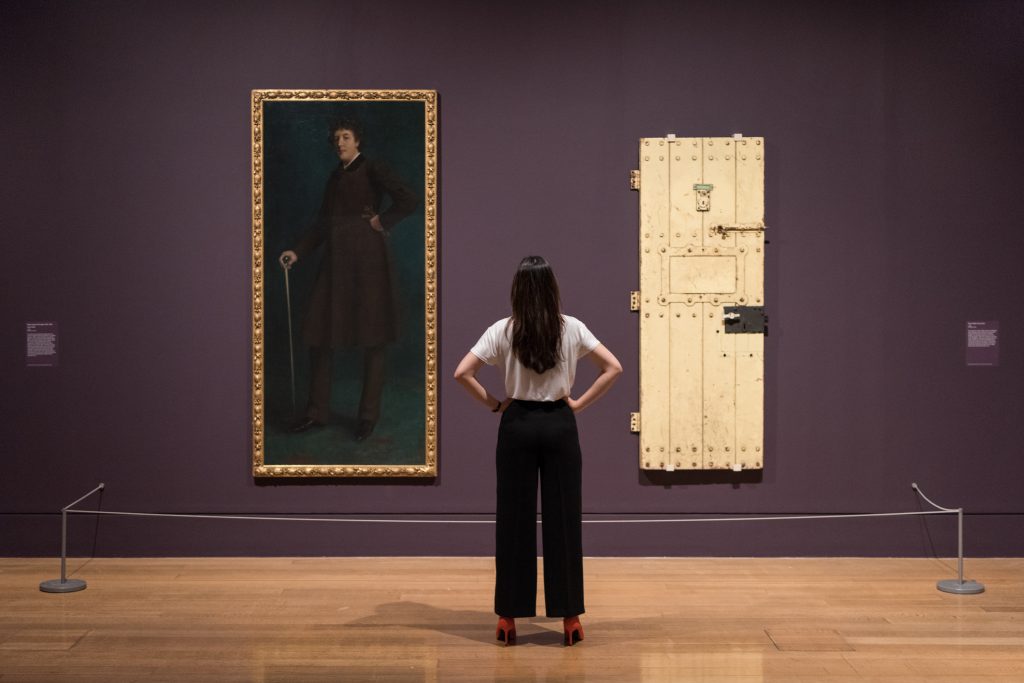 Aside from Tate, you have worked at museums including the National Portrait Gallery, the Wellcome Collection, and the Science Museum Group in different roles since 2005. In that time, what are some of the biggest changes you seen in how queer studies and queer art histories are understood?

It’s been an exciting time to be working in this area. Museums have become more aware of the queer stories they have in their collections and have been much more proactive in thinking about how to share those stories with the public. There’s also been a greater focus on intersectional representation, as museums engage with the full diversity of queer lives and communities.

Institutions are about more than just the displays on the walls, and many could argue that what happens off the walls can be just as important. How do you ensure that the exhibitions and institutions you are involved with are safe and inclusive spaces?

Museums belong to everyone. We have visitors of all backgrounds, identities, experiences, and opinions. It’s important that we listen to our audiences and work in partnership with them to understand how we can best serve them. This process can be tough for everyone involved, and it’s important to support everyone through it, but it’s necessary if we’re going to serve people better. Being more inclusive means thinking about all aspects of our visitors’ experience. At the moment, I’m excited that the Science Museum is about to install a Changing Places toilet—a toilet with hoists and adult changing facilities. Having facilities that everyone can use unlocks the museum for a whole new audience. The seemingly unsexy things in museums are just as important as our most glamorous exhibitions. 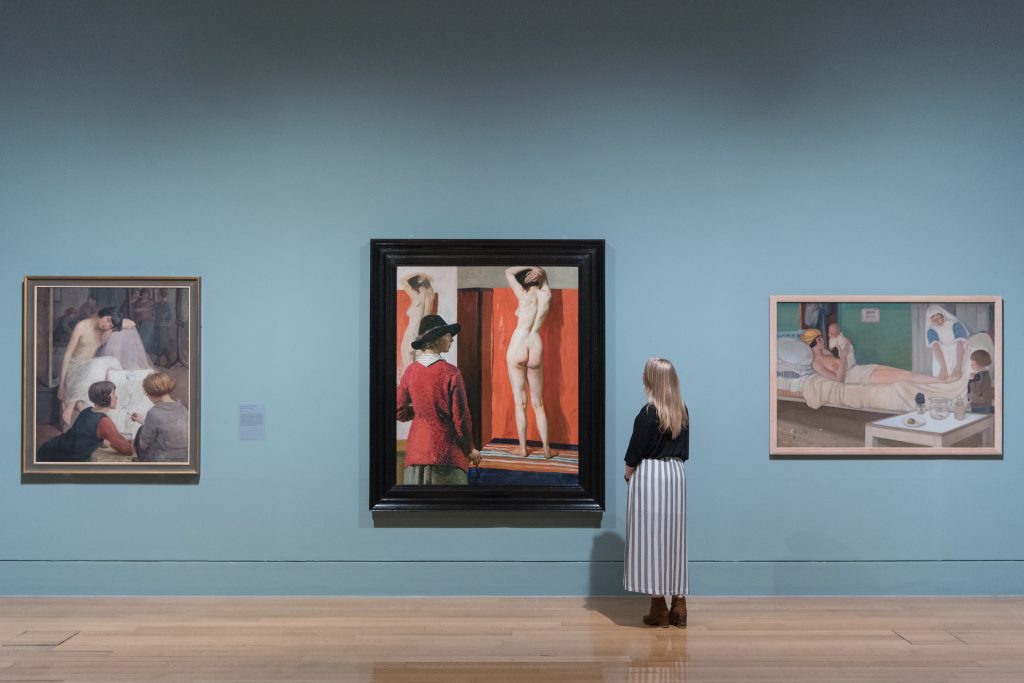 Where have you observed that institutional change still needs to happen?

There’s always more work to do. Every day, there’s new objects to find, new stories to explore, and new people to learn from. To take one example from the Science Museum, 20 years ago we might have told the story of medicine only from the perspective of medical personnel, but now, the voices of disabled people are represented in the heart of the five spaces which form our “Medicine: The Wellcome Galleries.” We need to keep questioning ourselves, listening to our audiences and exploring new ways to develop and unlock our collections.

Sotheby’s Opens a Store – The auction house has opened a store called the Emporium, where you can buy sneakers, diamonds, and luxury handbags.

Pace Nabs Another Star – The mega gallery is on a roll, nabbing representation of Robert Longo, who was previously repped by the soon-to-be-shuttered Metro Pictures.

Ropac Expands East – Thaddaeus Ropac is opening a gallery in Seoul, following the tide of Western expansion in South Korea.

Naked Giant Once Had Pants – The famed Cerne Abbas giant, an earthwork in the English countryside, once wore pants, researchers have found.

Remembering Richard Nonas – The artist died at age 85 after a career of seamlessly blending anthropology and sculpture.