As auction houses prepare to enter another season with most of the world in lockdown, they are seeking ways to make sure their sales still feel like events. To that end, Christie’s is holding a single-lot sale in Hong Kong dedicated to a pricey painting by Jean-Michel Basquiat on March 23.

The painting, titled Warrior, is from 1982, Basquiat’s most coveted year, and is estimated to fetch between HK$240 million and HK$320 million ($31 million to $41 million). Christie’s co-head of postwar and contemporary art, Cristian Albu, tells Midnight Publishing Group News that the work, which carries a third-party guarantee, is expected to become the most expensive by a Western artist ever to be sold in Asia.

The Asian market’s appetite for Western art has been steadily increasing in recent years, and Albu says the auction house was particularly encouraged by last year’s results, which saw a wide net of Asian buyers bidding on work spanning the 20th century, as well as a new world record set for George Condo in Hong Kong in July.

“Collectors are increasingly making links between traditional artists and Western art history,” Albu says. “I think it’s so important to broaden that idea of building the collection and understanding that Sanyu also gets inspired by Matisse, or that Zao Wou-Ki gets inspired by Soulages and the artists in Paris in the 1950s and 1960s.”

Warrior depicts a full-length figure, sword in hand. It last sold at Sotheby’s London in 2012 for $8.7 million and has been in the same collection ever since. Before that, it had an active decade on the market, having traded hands three times in seven years. During that time, its price climbed some 450 percent.

The single-lot sale in Hong Kong will kick off for a five-hour marathon day of sales that continues in London with Christie’s 20th-century art evening sale and surrealist art evening sale.

The live auctions will be digitally streamed from salesrooms in Hong Kong, London, and New York, a continuation of the global strategy Christie’s began experimenting with in July 2020 with its four-location relay sale, “ONE.”

The sale will begin at 2 p.m. London time (10 p.m. in Hong Kong, 9 a.m. in New York), an unusually early start for an “evening” sale, in an effort to tempt Asian buyers to stay awake and active throughout the evening while still being late enough for US bidders to have had time for a quick espresso.

It certainly doesn’t hurt matters that Hong Kong’s market seems to be recovering from the impact of the pandemic more quickly than Europe and the US. At Christie’s December 2 sale in Hong Kong and New York, some 17 records were broken for modern and contemporary artists from around the world, including Dana Schutz and Amoako Boafo; it marked the house’s best result in Asia yet.

Hong Kong sales tend to draw a whole gamut of Asian collectors, according to Albu. “I was on the ground for that sale, and the whole web of collectors goes from Taiwan to China, to Hong Kong, to South Korea, to Japan, to Malaysia, Indonesia, to Singapore,” he says.

Basquiat’s Warrior will be on view at Christie’s showroom at Rockefeller Center in New York beginning next week, before it is flown to Hong Kong to be shown at Alexandra House until the sale. 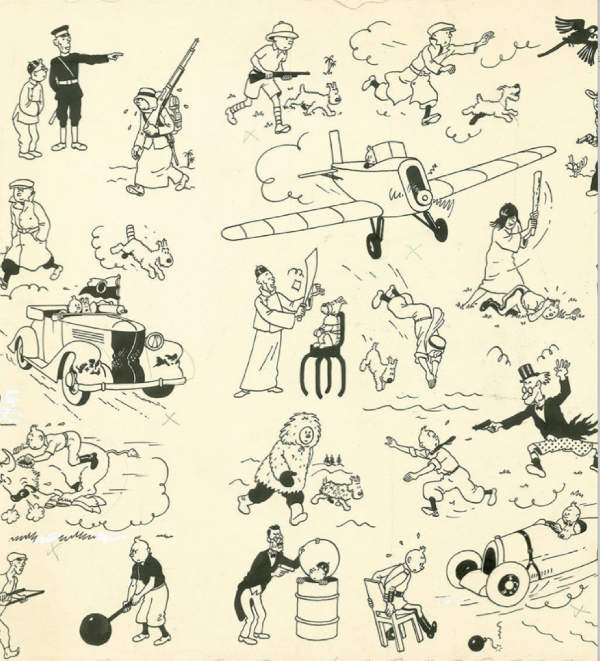