Saudi Arabia has unveiled its plans for the ancient city of AlUla, which Crown Prince Mohammad bin Salman Al Saud hopes to transform into an international tourist destination for art, culture, and nature.

The three-part “Journey Through Time Masterplan” has a $15 billion price tag, with phase one—which has already seen the expansion of an airport—set for completion in 2023. Phase two is expected in 2030, and phase three in 2035. The ultimate goal is to bring in 2 million visitors annually and to create 38,000 new jobs, boosting the nation’s economy by $32 billion, according to Arab News.

The Royal Commission for AlUla is billing the revitalized city as “the world’s largest living museum, where contemporary art coexists with ancient heritage.” 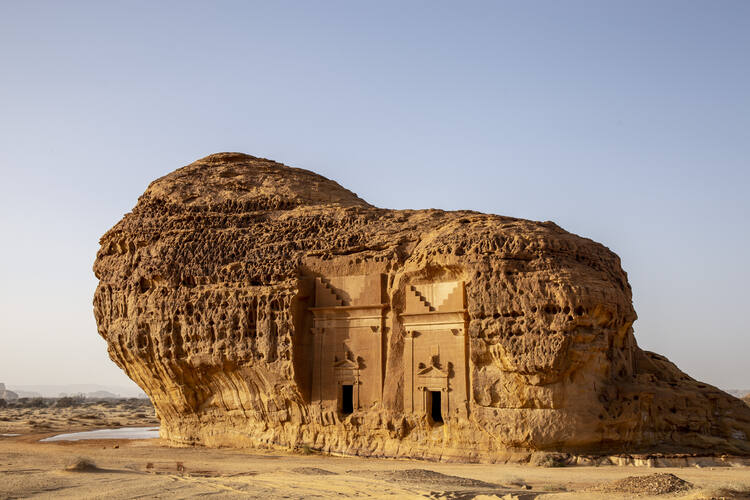 But the project has become controversial in the West due to alleged human rights abuses by the Saudi regime, including the murder of dissident journalist Jamal Khashoggi in 2018. France signed a 10-year agreement to help promote AlUla as a global tourism destination earlier that year, and several major museum leaders from Europe and the U.S. have been on the project’s advisory board. In 2020, California public art biennial Desert X came under fire for hosting an edition in AlUla.

In the newly unveiled plans for AlUla’s development, the government has designated five cultural districts. From north to south will be Hegra Historical City, Nabataean Horizon, Jabal Ikmah, Dadan, and AlUla Old Town, an ancient walled city built of mud bricks and stone.

A 12-mile greenway, dubbed the Wadi of Hospitality, will run alongside the city, traversed via tramline. The government plans to build 15 new cultural assets, such as museums and galleries, to help create what’s being billed as a “cultural oasis.” 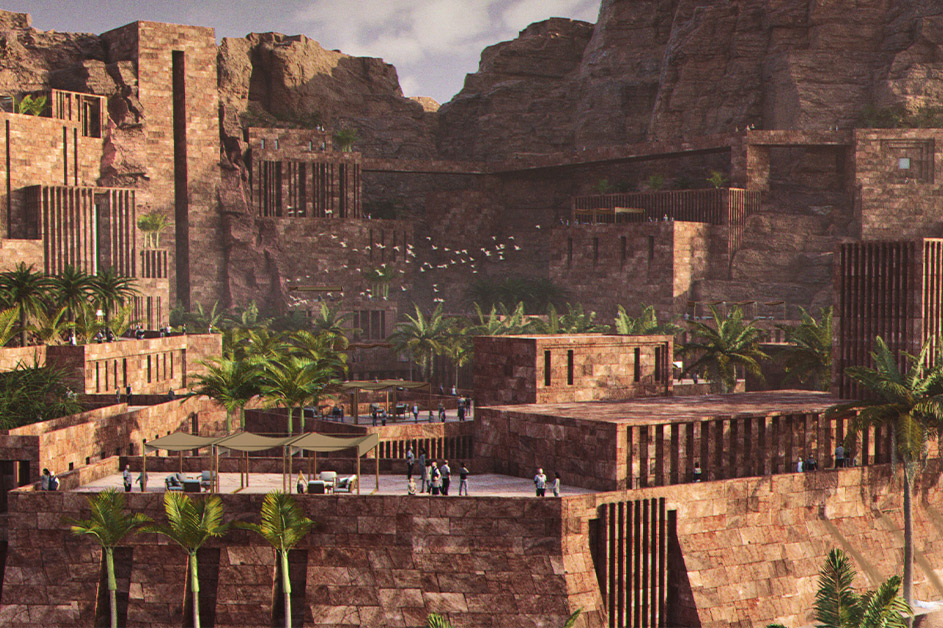 Rendering of Kingdoms Institute, a global hub for archaeological and conservation research being built in AlUla. Image ©Royal Commission for AlUla.

Plans include launching an international competition next April to design Kingdoms’ Institute, an international archaeology and conservation center. It will be “a world-class institution dedicated to the study of the history of the Arabian Peninsula since the Prehistoric time,” José Ignacio Gallego Revilla, the executive director of archaeology, heritage research, and conservation for AlUla, told the Art Newspaper.

The development will also include the construction of new luxury hotels, including one designed by Pritzker Prize-winning French architect Jean Nouvel, which will be carved into the existing rock landscape of the Sharaan Nature Reserve.

The crown prince founded the royal commission for AlUla in 2017, naming Prince Badr bin Abdullah bin Mohammed bin Farhan Al Saud, the nation’s first culture minister, as the project’s governor. It is one of the major components of Saudi Vision 2030, a nationwide development project that aims reduce the country’s dependence on oil by diversifying the economy, and to improve public services in health, education, infrastructure, recreation, and tourism.